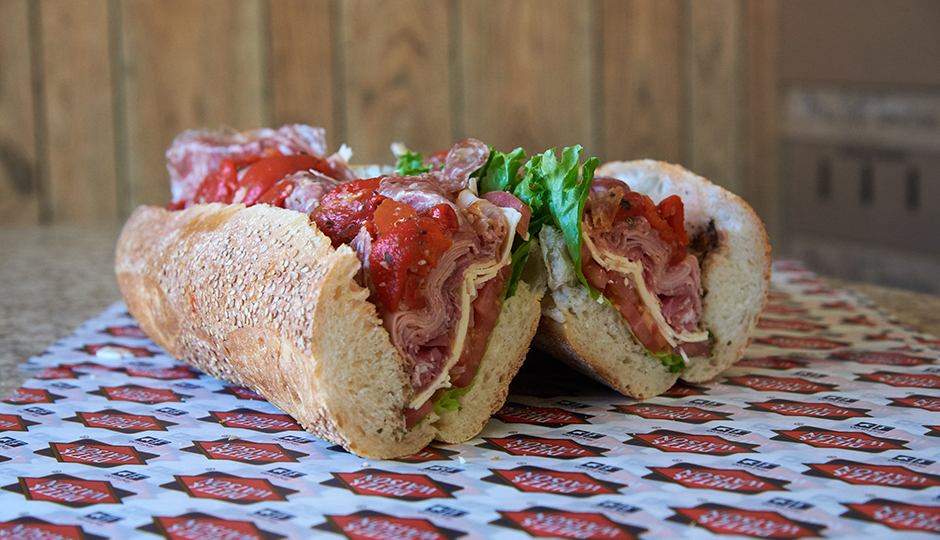 Here it is, the moment you’ve all been waiting for and the moment Anthony Merlino has been waiting for, as well. After three months, two rounds of voting and countless handcrafted hoagies, he and his Feasterville-based shop, Village Pantry, have earned the title, “The Best Real Philly Deli Sandwich” of 2017. As a family-owned establishment since its 1972 opening, that’s an honor he can hang on to for generations.

The “Messina” was developed by Merlino to evoke the taste of the Italian city where his own grandparents were born. “Growing up in an Italian family, we used to have that on the table every Sunday,” he says of the meat, cheese and peppers that make up the “Messina”. “I remember growing up and eating like that at my grandmother’s so I figured, let’s try to do it on a roll.”

It’s an expertly crafted balance of Dietz & Watson Sopressata Dry Sausage, Hot Ham Capocolla, thinly sliced prosciutto, heaps of roasted peppers and imported provolone. If reading that just made your mouth water, don’t worry: the “Messina” will be available for tasting at August 3rd’s Best of Philly Soiree. Just follow your nose to the Dietz & Watson tent at the Dilworth Park fête, where portions of the perfect sandwich will be doled out on your choice of a flaky seeded or non-seeded roll.

We sat down with Merlino to talk shop—literally—and see what he and his team are planning to do with their new accolades after the big reveal (hint: it involves making more sandwiches).

You started working at Village Pantry when you were 14-years-old, and now you own the shop. How does it feel, to have such a long history within the business?

It feels really good. I’m a people person, I like meeting people and knowing the same people. That’s the way we are here, we’re like a local bar—everybody knows everybody’s name, everybody knows whose daughter is getting married. I like that. I like being part of people’s lives and them being a part of my life.

What does “Real Philly” mean to you?
It means hard working. It means giving everything you’ve got, going the extra mile and having a reward at the end. It’s a hometown. Everybody knows everybody. We’re a do-anything-for-anybody type of store. If you take this shop and put it at 9th and Christian or anywhere in Philly, we’d fit right in.

Is that the key to building a strong customer base, being neighborly?
Yes, absolutely, and by being clean and fresh. It’s paid off for 45 years. I mean, I can’t go and buy a mansion down in Florida but I make a very good living. And people have been here forever—one for 25 years, another for 17, another for 4—so it’s a good place to work, too. If it wasn’t I don’t think they would’ve stuck around that long.

How far has someone traveled to try the “Messina”?
We had some people in here last weekend that came from Perkasie, so that’s about 45 minutes. They saw it on Phillymag.com. They said it looked so good online that they had to taste it, and then they called back and said, “Oh my God, we’ll be back in a couple weeks.”

What makes the perfect Philly-inspired sandwich?
The roll has a lot to do with it. This one is a little crunchy on the outside. It has a toughness to it that compliments the lunchmeat unbelievably. We just started using this roll about a year ago. It’s been unbelievable; people are getting regular turkey or roast beef hoagies on it now, too.

Have you always been using the same lunchmeat?
Oh yeah. We’ve used Dietz & Watson since we opened in ’72.

What do you plan on doing with your new bragging rights? Do you have an acceptance speech?
Well, I already called the sign guy around the corner he’s going to make me a big banner [laughs]. I just want to thank Philadelphia magazine, Dietz & Watson and everybody involved for the opportunity to showcase our store and you know, show Philadelphia what Bucks County has to offer. You can still get the same flavor of Philly up this way.