Schuylkill Yards is University City’s Biggest (and Boldest) Project Yet 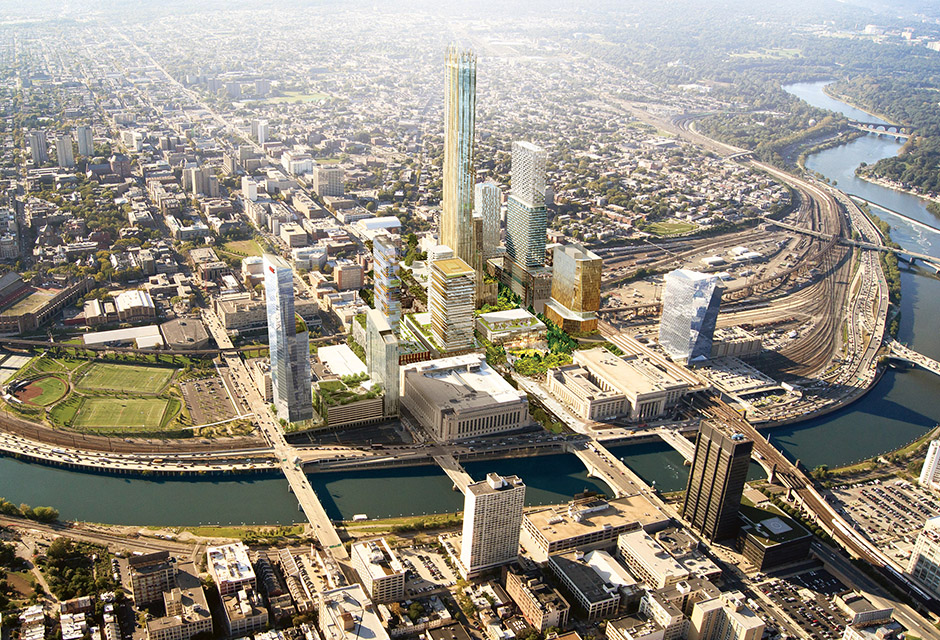 Before there was West Philadelphia, there was Blockley Township, a rural farming region that served the city with the produce and livestock they needed to thrive. It was west of the Schuylkill, and off the city grid. In the first half of the nineteenth century, bridges were built, allowing horse-drawn carriages to serve as the SEPTA of the era, bringing city folk from bustling Center City into the rural lands of the west.

That principle hasn’t changed all too much. The University City section of West Philly, which starts where these bridges end, has long been a place for innovation and expansion — a place where people and companies are thriving, even more so today than ever before. Along with other key University City stakeholders, Brandywine Realty Trust has played a critical role in that development.

Breaking ground on phase one of Schuylkill Yards signifies a culmination of decades of planning the city’s growth, urging the connection between the traditional central business district and University City. The vision? To honor the progress made on both sides of the Schuylkill River and focus national attention on Philly’s drive towards socially responsible, inclusive and innovative development.

Figuratively speaking, the foundation for Schuylkill Yards has been under construction for years, and a handful of partners have continued to help along the way. Brandywine Realty Trust first partnered with Amtrak to develop Cira Centre, a modern, all-glass geometric office tower which served as the first of its kind in West Philadelphia. Then, the company worked with the University of Pennsylvania to reimagine the western banks of the river through Penn’s Park and Cira Centre South, which brought about Evo, the Nation’s tallest luxury graduate student apartment tower at the time of its completion in 2014. Now, with the company’s latest partnership with Drexel University, that visionary neighborhood development will continue to grow.

Schuylkill Yards is planned on 14 acres of land owned by Drexel and Brandywine Realty Trust and includes a 6.5-acre public space. At an estimated cost of $3.5 billion, Schuylkill Yards will serve as a “knowledge neighborhood,” leveraging the resources of University City icons like Drexel University, the University of Pennsylvania, Penn Medicine, the Children’s Hospital of Philadelphia, the University of the Sciences, Lincoln University and the Wistar Institute. Collectively, these institutions drive unparalleled advances through cooperative education and translational research. At its core, Schuylkill Yards is centered on human interaction; a place that encourages living, working, walking, collaboration and fun.

One of Brandywine’s aims is to expand West Philadelphia’s economic impact and make University City a place that showcases Philadelphia’s diversity, innovation and ingenuity, while continuing to help the city as a whole to thrive.  “A key component of Brandywine’s mission is active support of the communities in which we operate,” says Jerry Sweeney, president and CEO of Brandywine Realty Trust.

When Sweeney first envisioned Cira, he saw a bright future for the city of Philadelphia. He was ambitious and innovative in his approach, and now, he’s pushing that envelope even further. Schuylkill Yards and the bridges that merged Blockley Township with the rest of the city were both born from the same vision; when we invest in West Philadelphia, all of Philadelphia benefits.

SPONSOR CONTENT The New Suburbia: How This Plymouth Meeting Development Is Defining the Future of Work