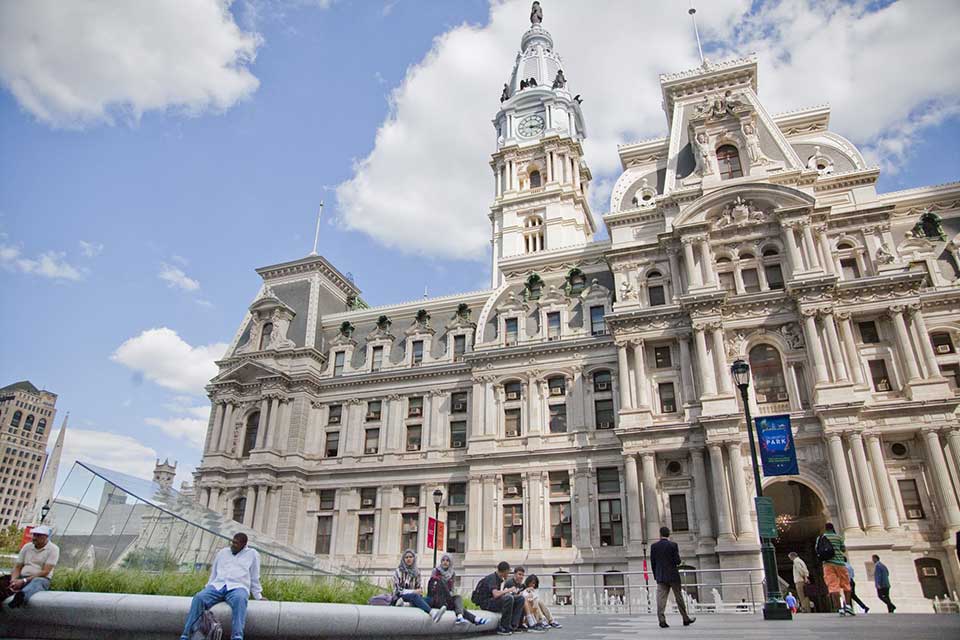 If there’s anything Philadelphia is known for, it’s resiliency. The city is fittingly home to the fictional Rocky Balboa, a character who embodies its underdog spirit. Philadelphians look out for one another — and when tragedy or disaster strikes, the city’s citizens mobilize and create an action plan to weather the storm.

During the COVID-19 pandemic, adjusting to new norms required establishing an infrastructure to help those in Philly and its surrounding areas prepare to return to work and feel safe to once again come downtown. And over the past year, that’s exactly what Angela Val, a former chief executive of the Philadelphia Convention and Visitors Bureau and the current Chief Operating Officer at Tempest, and Michelle Histand, Innovation Director of Independence Blue Cross, have done.

Working in concert with city and business leaders, Val and Histand joined forces as chief executive and deputy executive directors respectively to start Ready.Set.Philly!, an initiative that has helped Philadelphians navigate the pandemic and encouraged them to do their part in supporting the city’s economic recovery. And now in 2021, thanks to the collaborations facilitated between members of the City of Philadelphia and the Chamber of Commerce for Greater Philadelphia as well as organizations, businesses and individual stakeholders, Philadelphia is bouncing back.

With the initiative coming to a close, we spoke to Val about how Ready.Set.Philly! went about establishing its programs, how it developed the phases of its plans and how the city might harness this energy to address other endemic issues it faces.

How did the stakeholders of Ready.Set.Philly! come together?

In 2020, a small group of people got together to talk about what the future of Philadelphia could be because we were in the middle of a pandemic and the vaccine had not been approved yet.

We decided to have a collective group come together for one year to talk about how to transition people back to the city as the vaccine got rolled out to the public. That’s how Ready.Set.Philly! got started as an initiative. We then pulled together an advisory council of roughly about 20 people made up of folks from nonprofits, city government and businesses. They acted as our board, helping us with strategy and fundraising.

We then created another group, a task force that doubled in size from 20 people to now 50 people. These are volunteers, and Michelle Histand from Independence Blue Cross and I are both executives on loan. We also worked together with creative agencies on website and ad copy and targeted events — we called ourselves “The Squad!”

Ready.Set.Philly! encompasses many different pandemic-related issues in Philadelphia: return to work, health and safety and economic growth to name a few. How have its different committees collaborated to establish programs focused on these issues?

It hasn’t been a straight path. We thought that once the vaccine rolled out that people would be eager to be immunized instead of the hesitancy we’ve encountered. We also did not expect the variant that would really throw a wrench in things, too — we had initially planned to help folks come back to the office around Labor Day.

A lot of what we’ve been focusing on the last few months is a safety message and working with the police department and corridor managers to talk about what they’re doing so that people start to feel more confident not just in their health with COVID-19 but also in their physical safety coming back downtown. We’ve also provided mental health resources and updates on public transportation changes. The economic development that happens in the primary business district is not just money that’s spent downtown, but also spent in the neighborhoods throughout the city where people live. 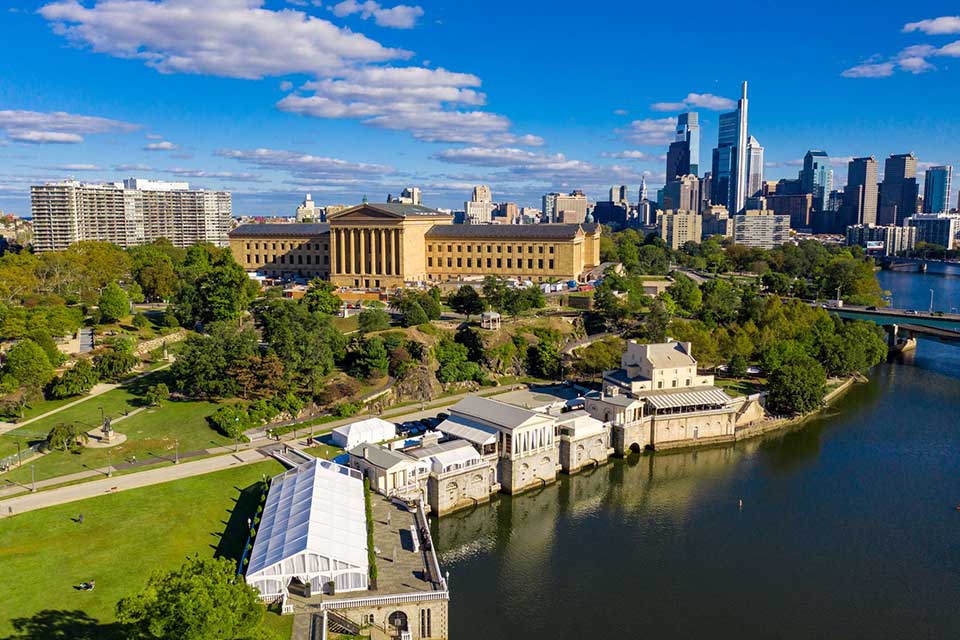 Where do you feel Ready.Set.Philly! has made an impact on Philadelphia’s pandemic recovery efforts?

The first time it felt like we had momentum was working with the City to get them to roll back the COVID restrictions sooner than when they were originally planning. The advisory council and the chamber really pushed for the city to understand that you have to say “we’re open” because people are holding on by their fingernails.

The second thing I’m most proud of is the work we’ve done most recently to address safety concerns and bring together private building security, law enforcement and community partners to collaboratively redeploy existing Center City resources and increase coverage as people come back to work. 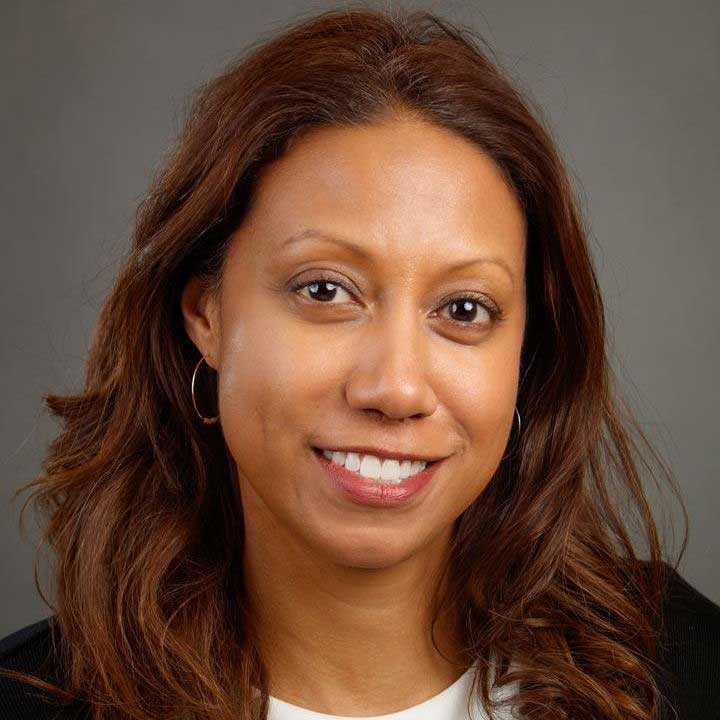 What are the possibilities for Ready.Set.Philly! moving forward?

Whatever this group evolves into, there has to be a person or persons who keep the group focused on the next thing. For instance, homelessness is another issue that I think we could do a lot of good work tackling. The pandemic has also exposed health inequities in the city, and it’s in everyone’s interest that people have access to healthcare so that we’re in a better position when this happens again. I believe that fully collaborative groups like Ready.Set.Philly! could effectively address those types of issues. 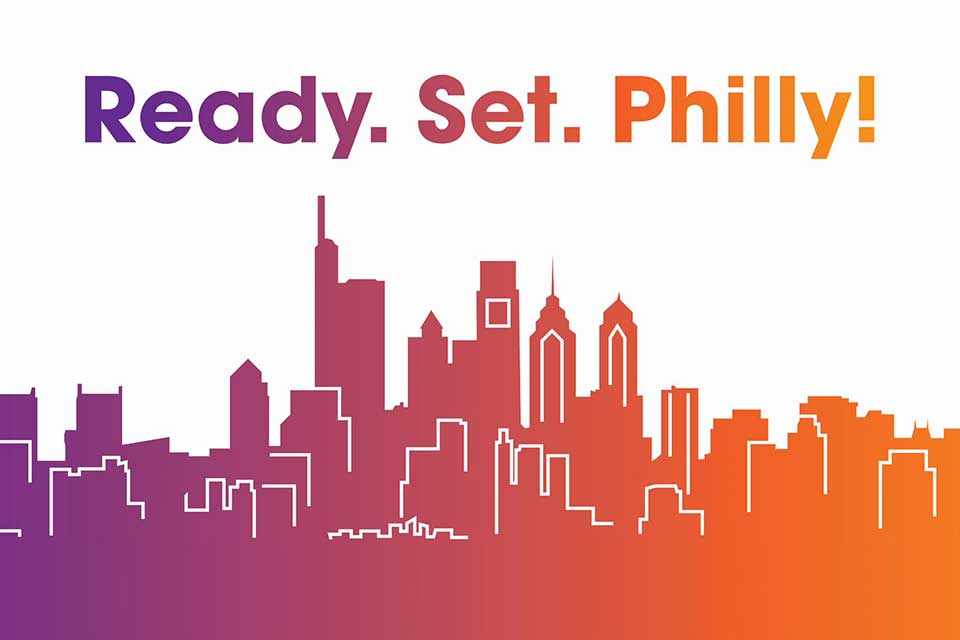 What have you learned about Philadelphia’s resolve in being a leader in this initiative?

I came here to go to Drexel, and I’ve been here now for 30 years. I could see the potential the city had back then and I could not understand why the people who were from here couldn’t see the city the same way I was seeing it.

Over the last 20 years the city has progressed, people now recognize the growth and potential and are unwilling to let the work that we’ve all done go by the wayside because of the pandemic. People were waiting for a person or group of people to step forward, and that’s how I saw my role.

I think we all kind of know that nobody’s coming to save us in Philadelphia. If we’re going to get saved, we’re going to have to do it ourselves and that was the intent of the initiative. Having folks at the table who understood where the city was and where we were headed — that was important. Ready.Set.Philly! was almost like reading a prayer for the city — a collective call to action for Philadelphia.

This is a paid partnership between Ready.Set.Philly! and Philadelphia Magazine's City/Studio