8 Things Every Old City Resident Wants You to Know 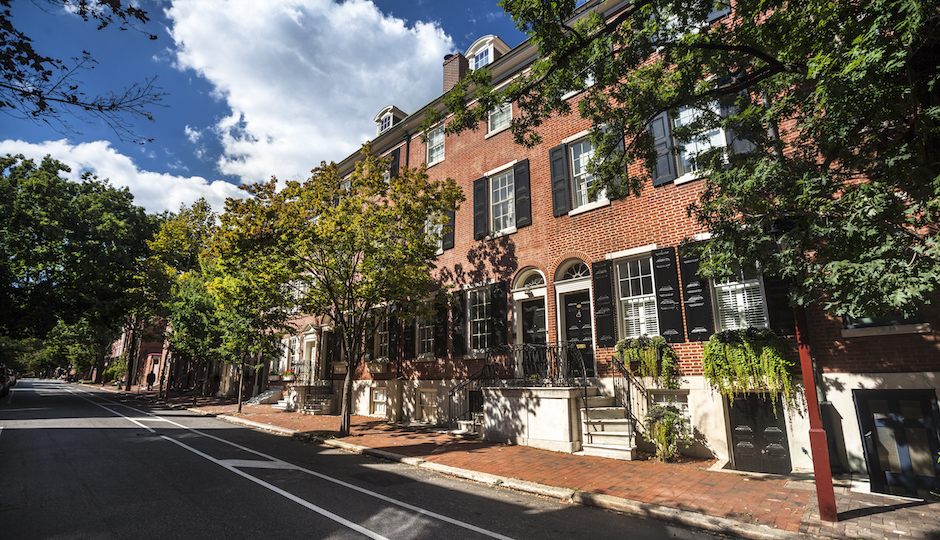 When it comes to navigating cobblestone streets, tiny walkways and how to dodge tourists during fourth of July weekend, few people knows the ins and outs of Old City like lifelong residents.

Ask any homeowner in Old City and they’ll let you know this historic ‘hood is anything but stuck in the past. New development, a thriving restaurant scene and dozens of store openings each season are just some of the reasons Old City never loses its cool. But before you start scouring listings in search of your forever home, we consulted Coldwell Banker Preferred affiliated sales associates for their go-to tips homebuyers should keep in mind as they search for a historic home.

Bypass Elfreth’s Alley and head to Wood Street. When it comes to historic charm, Elfreth’s Alley is the pinnacle of classic colonials. As the oldest continuously inhabited residential street in the United States, the block is a hub for tourists and locals alike.

Running the Ben is a morning must. While there are miles and miles of trails along Philadelphia’s waterfront, Old City is a runner’s paradise. Not only is the neighborhood’s walk score 97, Philadelphia was recently named one of Runner’s World’s 50 Best Running Cities.

When you live in the heart of the city, try taking the road less traveled: “A cool hobby if you live in Old City is to jog over the Ben Franklin Bridge and back,” says Herzog.

Commuting is easier than you think. If your morning rush entails commuting to New Jersey or the suburbs, Old City is a prime place for a seamlessly hopping on major roadways.

“Making this area even more attractive is the easy access to all major transportation arteries (I-676, I-95, I-76, etc.), and you are only a short taxi or SEPTA ride to and from the Philadelphia International Airport and Amtrak’s 30th Street Station,” says Coldwell Banker Preferred agent Jamie Smith-Raphael.

SEPTA is an early morning savior. For in-town commutes, the neighborhood is a rider’s paradise. With a 97 transit score and multiple bike lanes leading toward Center City, there’s no shortage of ways to make it to work–and still have time to grab a latte at Menagerie beforehand.

Mind the meters. If you’re having family in town have them park along the Market Street Bridge versus a side street—most require permits for residents only. “You can park at the meters [on Market Street] for four hours, rather than two like everywhere else in the city,” says Herzog.

“Parking apps, like bestparking and meterup, are extremely helpful when trying to locate convenient parking spots and making payments for the metered spots,” suggests Smith-Raphael.

There’s a home for everyone. “Old City has come a long way in the last decade,” says Coldwell Banker Preferred agent Rachel Rothbard. “The area attracts everyone—young professionals in the one-bedroom condos, young families in the new three-plus bedroom townhomes, empty nesters purchasing a combination of condos and townhomes.”

Historic homes are hidden gems… that might have a few rules. “Renovated, historical homes do have an allure to many buyers because they are special and unique on their own and are difficult to come by,” says Smith-Raphael.

If you purchase a home on the historical register you might need to loop in the Historical Commission before making any changes to the exterior (i.e. the roof, facade, exterior lighting, or windows).

Modern homes still bring the charm. “The most noticeable trend in residential real estate currently is the rise of residential properties being constructed on former parking lots,” says Smith-Raphael. “Bread Street estates, Adagio homes, and The Ross luxury townhomes are just a small example of this new surge.”

Plus, in recent years Old City has seen several urban McMansions with garages being built throughout open spaces in the neighborhood. These luxury townhomes are perfect for homebuyers who want the best of both worlds—exceptional space with modern features, while still being close to the culture and excitement of Old City.

For more insider information and to get started on your home search in the Philadelphia area visit Coldwell Banker Preferred online at www.coldwellbankerhomes.com/philadelphia.

SPONSOR CONTENT Home Buying Trends: Here’s Where You Should Move Next