12 Socially Distant Black History Sites You Can Visit This Weekend 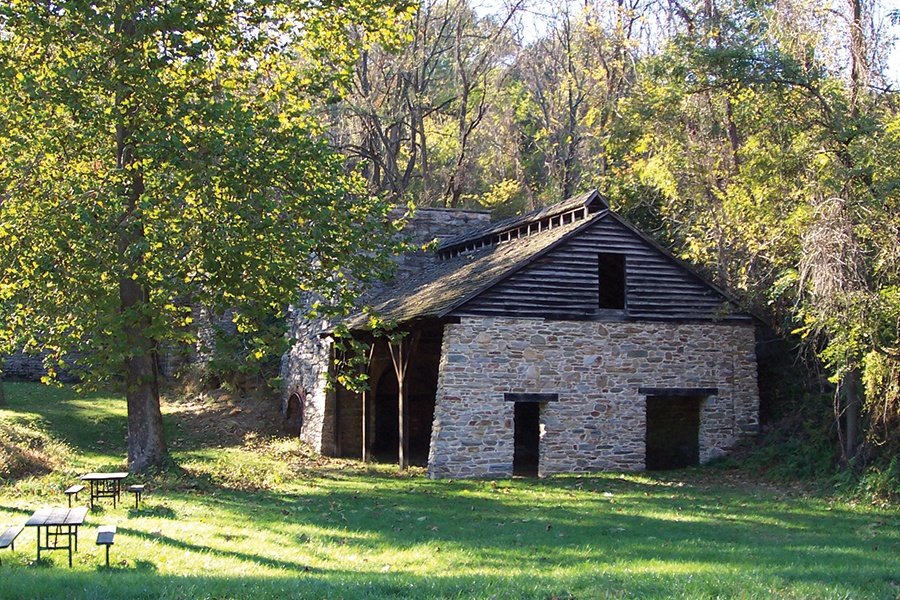 The Historic Catoctin Furnace in Frederick County, Maryland interprets the site’s African American history and pays homage to the people who lived and labored there.

If you’re looking for an opportunity for a socially-distanced African American history road trip, you don’t have to travel far from the city. Philadelphia sits just north of the Mason-Dixon line, the symbolic border between North and South. Just south of the line, in Maryland, you can find stories of freedom seekers’ escapes from enslavement, black soldiers who fought and died during the Civil War as part of the United States Colored Troops, and Black Civil Rights activists who fought against Jim Crow and continue to move history forward. While too often this history has been erased or concealed, today’s historical societies and passionate volunteers are working to recover these critical stories and are having more success than ever before. Here’s how to access some of the most fascinating Black history sites in the Heart of the Civil War Heritage Area.

An important first stop is the village of Catoctin. An example of how the U.S. was built on the efforts of enslaved African Americans, the Catoctin Iron Furnace played a role in American history. Thomas Johnson, who became the first governor of Maryland and a Supreme Court justice, and his brother, owned the Catoctin Iron Furnace. During the Revolutionary War, the furnace produced artillery for the war effort. The furnace was operated through the labor of enslaved African Americans, who built a village there. As economic and legal changes made slavery in the North and the Mid-Atlantic more expensive, many of these enslaved people were sold further South, and much of their history was lost.

However, thanks to a recent grant, the Catoctin Furnace Historical Society has worked to recover and present their stories through the African American Cemetery Interpretive Trail, which presents in-depth panels on their daily life as you approach the burial site. As you read the names of the deceased, Elizabeth Comer, historian at the Catoctin Furnace Historical Society, Inc., suggests that you reflect on their suffering, their erasure, and how they shaped the course of American history.

“What we’ve tried to do here is tell the full story, in that the African Americans deserve full credit for the fact that their labor produced the wealth, the power and the industrial development that created the United States as we know it,” says Comer. “We’re all taking advantage of the wealth and prosperity that those people got no part of.” 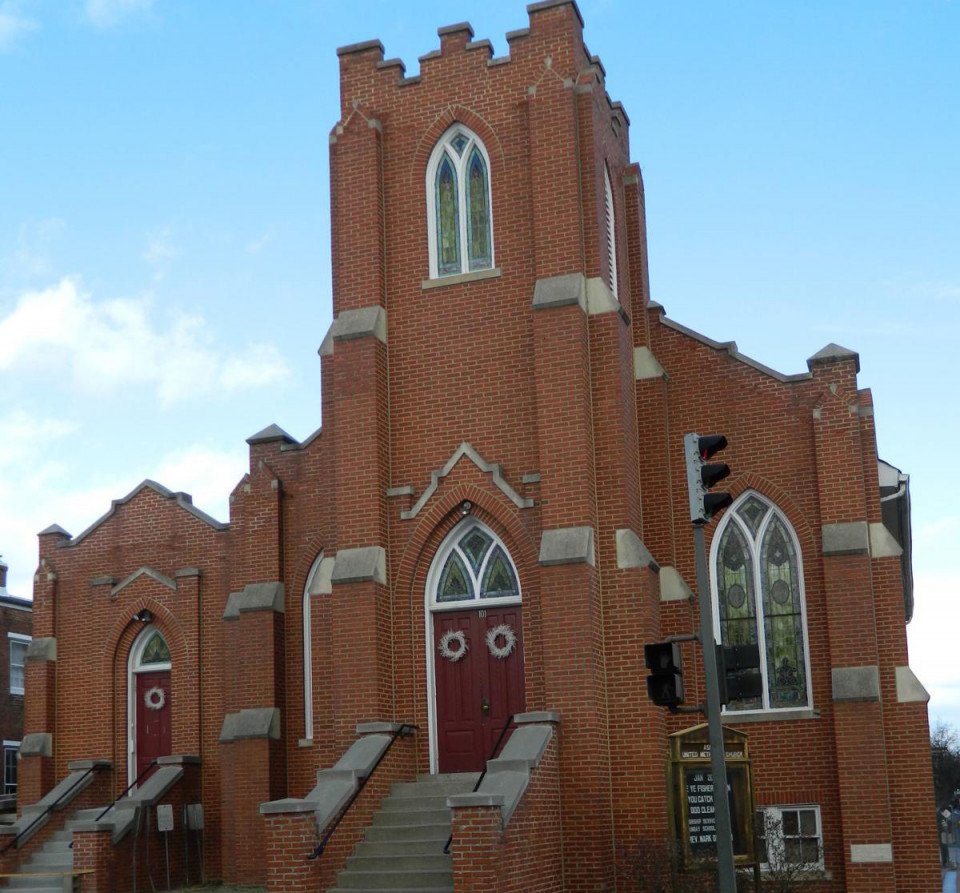 Asbury United Methodist Church became an early social hub focused on supporting  African American empowerment, before and after Reconstruction.  The congregation got its start in 1818 after a free Black man, William Hammond, sold a lot to a white church on the condition that African Americans would be permitted to worship there.  By 1864, the year Emancipation became law in Maryland, Black members came into full possession of the church.  Early in the 20th century the congregation moved to its current location on All Saints Street.  Today’s structure dates from 1921 and is home to a vibrant congregation. 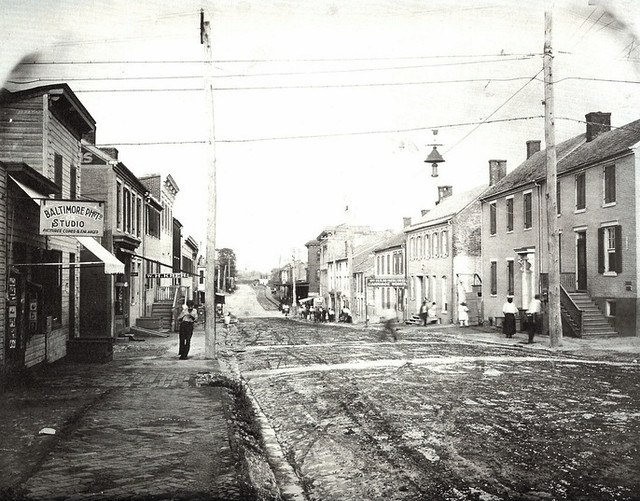 The All Saints Street neighborhood dates back to the early 20th century and is a prime example of building an ideal community in the face of Jim Crow.

Many church members would go on to found important institutions in the city’s All Saints Street neighborhood through the Jim Crow era, including social clubs, the first library for African Americans in the town and its first hospital to serve African Americans. Though no longer a hospital, today the hospital structure is marked by a plaque, as are several historic markers around the still-bustling neighborhood that can be visited on the city’s self-guided walking tour. According to Patricia Washington, local author and member of Frederick’s African American Heritage Society, experiencing the community itself is critical to understanding this time-period.

“Everything was community. There was no organization that could have existed without the community, from the scholar to the doctor to the auto mechanic to the bricklayer to the coachman,” Washington says. “If we had moved as individuals, if these things had been happening in isolation, you would not have this hub of businesses and restaurants and schools, they would not have existed due to the threats they faced. What makes Frederick unique, if I had to sum it up, I would say look at All Saints Street because you saw what the result of that community and coming together could produce.”

It’s particularly moving to visit Laboring Sons Memorial Grounds, the site of a cemetery founded by a Black-led society in response to the lack of African American cemeteries. The memorial is an important example of how African American communities have worked to preserve their heritage: at one point, the cemetery was replaced with a public, segregated park. Through the efforts of the community, it has been reclaimed  as a monument to the deceased. 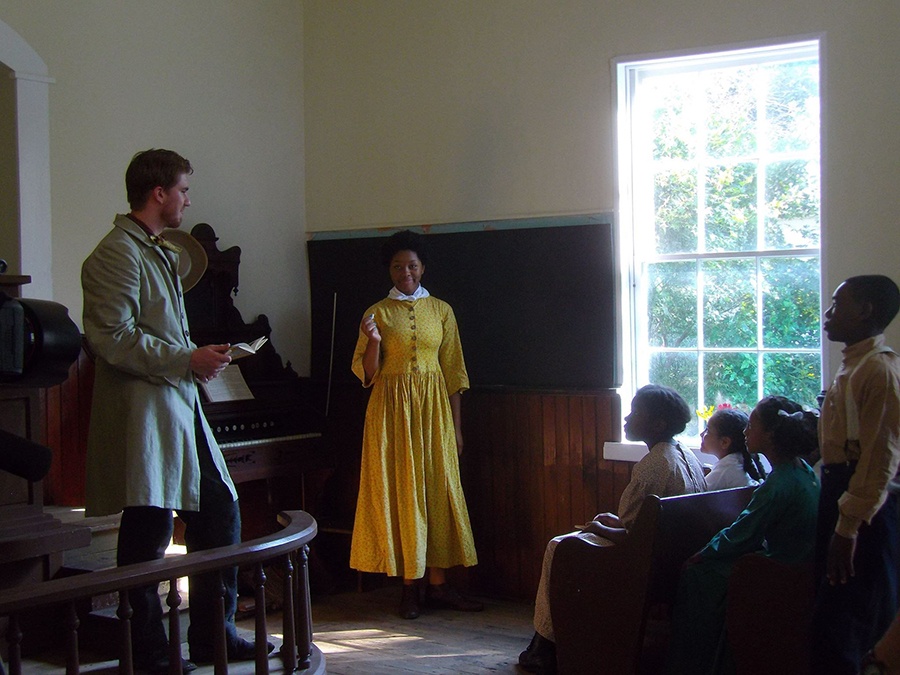 Buildings like Tolson’s Chapel could function as an early home for public schooling, despite limited resources.

Having walked around Frederick, you’ll want to move on to other sites along the Mason-Dixon Line, where other sociopolitical forces played a role in shaping African American communities. The Jonathan Street neighborhood in Hagerstown, a haven for free African Americans before the Civil War, arose just off the Pennsylvania border as a stop on the Underground Railroad. You can learn more about enslaved African Americans’ path to freedom through the Hagerstown Underground Railroad Trail, a self-guided walking or driving tour that provides a deep dive into the escape to freedom.

Continuing on into historic Sharpsburg, you’ll stop at Tolson’s Chapel, which was built by and for African Americans shortly after the Battle of Antietam and the Emancipation Proclamation, and has also served as a Freedmen’s Bureau schoolhouse. To learn more about the history of the fight for education, visit the Historic Sykesville Colored Schoolhouse, one of the first school houses for Black students in Carroll County, dating to the early 20th century. The school now stands as a tribute to that community’s sacrifice and hope for the future.

Maryland’s Heart of the Civil War Heritage Area offers rich opportunities to discover aspects of history that live on in our present. Now is the perfect time for a Black history excursion that’s just a short drive away. 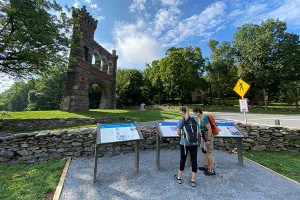 SPONSOR CONTENT Smithsonian On The Go: The Can’t-Miss Maryland Exhibition You Have to See (Twice) On Their Traveling Tour