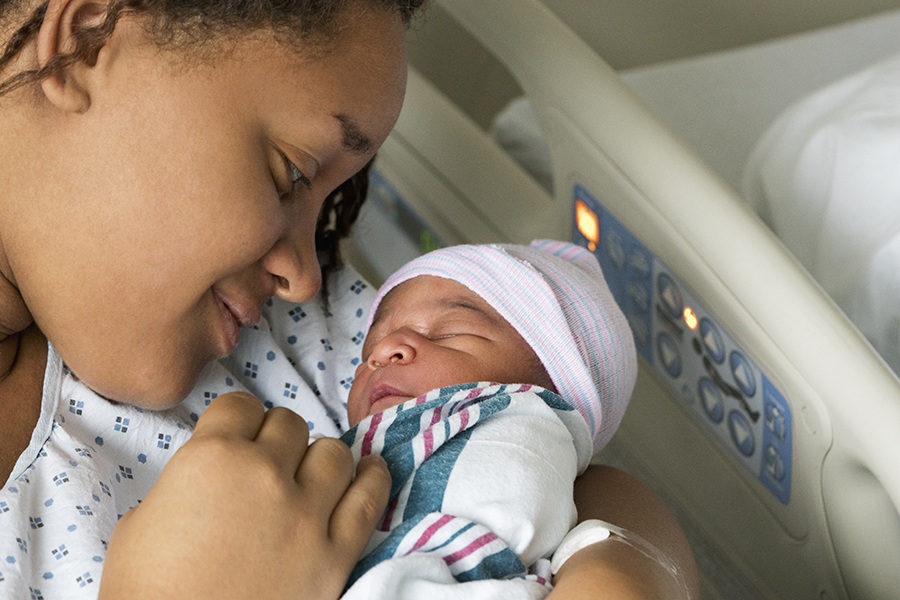 The period after a mother gives birth should be the end of one journey and the beginning of another, a hopeful, even if still demanding, time. The last thing a mother should worry about, if it can be helped, is a health scare.

Unfortunately, healthcare accessibility is already a challenge for many people in Philadelphia, particularly those who suffer from the effects of racial and class disparities. They can struggle to find transportation to hospitals, reserve time away from family and work responsibilities, or navigate unfamiliar and even historically unfriendly health systems.

And nowhere do those logistical and psychological challenges apply more than the case of a new mother, which can make it particularly challenging to monitor new mothers for signs of a coming health problem.

“New parents are just really busy; they just went home a few days ago from the hospital, they have a baby, and now we are asking them to arrange child care for their appointments and find parking or transportation. All these things are hard to do alone. Now, they have to do it with a newborn,” says Dr. Adi Hirshberg, current Director of Obstetrical Services at the Hospital of the University of Pennsylvania.

More concerning yet, pregnancy can bring out previously unrecognized or new conditions– particularly pregnancy-related hypertension, also known as preeclampsia, and resulting sudden health emergencies like stroke or a heart condition–where there are significant racial and ethnic disparities. That means for many new mothers in Philadelphia, they are both particularly at risk for these medical complications, and they have a particularly hard time getting the help they need to know if a health crisis is imminent.

A simple solution, apart from fundamental systemic changes, seems like it would require a magic wand. But a revolutionary innovation, called the Heart Safe Motherhood program, has emerged from Penn Medicine in Philadelphia. It allows healthcare systems to detect when a high blood pressure related emergency might be happening, and alert the patient to get help–all through a simple but clever use of standard biSMS texting.

The technology is spreading throughout Philadelphia and beyond, and as it grows in widespread use, the impact on the health and lives of new mothers in need could be transformational.

The solution evolved a decade ago out of everyday practice. Hirshberg and her colleague, Dr. Sindhu K. Srinivas, the Director of Obstetrical Services at the time, were both working in Maternal Fetal Medicine. They’d established a clinic to help address the issue of access to care for hypertension in new mothers, but they found that many of their patients still weren’t able to attend their appointments.

“We created a special clinic for patients with pregnancy-related hypertension, and we tried all sorts of things to make it easy for people to come back: walk-in hours, texting reminders, etc. And what we found was that patients had a hard time coming back,” Srinivas says.  “In seeing people getting readmitted, there was a little bit of a feeling of helplessness, of ‘I can’t believe we can’t figure this out.’”

The pair began to rethink their approach in partnership with the Penn Center for Healthcare Innovation. Maybe a technological approach could be a solution.

“It hit us that we don’t really need to see people back in the office. We don’t physically need patients to come back. What we need is their blood pressure,” Srinivas says. “It was honestly a kind of “a ha” moment.”

The problem was actually fairly straightforward, in a sense. The simplest communication device that most patients possessed, even if they didn’t have internet access, was a cell phone. It was an easy and affordable enough matter to have patients take their own readings at home with a blood pressure cuff, and text their physician their result.

They tested it out–Hirshberg manually analyzed texts from a pilot group of patients–and found it worked consistently. But processing the enormous amount of data that would be required to monitor all of their patients was beyond human capabilities. At first, they attempted to narrow down the patients they needed to monitor to those most at risk.

“While we found some risk factors for that, there was really still no way to predict exactly who would have the worst high blood pressures. And so we needed to find a way to really reach everyone,” Srinivas says.

So, Hirshberg and Srinivas decided they really would have to go beyond human capabilities. That’s where the Center for Healthcare Innovation helped out. In partnership with Penn Medicine’s Way to Health platform, they developed a bi-directional text based program that employed an automated medically accepted algorithm to process large amounts of patient data. Patients text their results to a number linked to the program, and the automated program texts the patient back (based on the predetermined blood pressure algorithm) to let them know if their blood pressure is at a safe range or in need of a call from a provider.

The impact of that innovation was immediately clear in a clinical trial.

When Srinivas and Hirshberg studied the result further, an astounding figure leapt out at them. The disparity between Black women and other groups in receiving support was virtually erased through the program.

“We showed that we were over 90 percent successful in getting blood pressures back from both Black patients and non-Black patients equally. So we eradicated that racial disparity that we saw,” Srinivas says. “That gave us enough data to then say, ‘Okay, this needs to be our standard of care.’”

Not only did the program become standard at Penn Medicine and inspire other departments–Hirshberg points out that the program’s approach has been influential, even when other hospitals don’t explicitly adopt the technology.

“Right now, most places provide some sort of remote hypertension monitoring, and even if they’re not using Heart Safe Motherhood, they’re using the findings for similar programs,” Hirshberg says. “It’s nice to see it more or less become a standard of care in many places.”

“We’ve actually been contacted by hospitals in Florida and California and DC and other places that are at different stages of wanting to implement it themselves,” Srinivas adds.

Perhaps most significantly, Srinivas and Hirshberg worked with Independence Blue Cross to analyze their data to make it clear to insurance providers, and even legislatures, that implementing these patient and provider co-developed solutions ultimately saves money and lives–and large institutions and payers support its implementation, reimbursement and scale.

“In order for us to really change the narrative around maternal mortality and disparities in this country, we’re going to have to not just innovate, but think about how that innovation will get built into current payment models and scaled,” Srinivas says. “We’ve found in working with IBC that this program saves money, and reduces adverse events up to six months after the program ends. Six months after delivery, we’re still seeing the impact of the program.”

For both Srinivas and Hirshberg, it was a significant culmination of their work in trying to help their patients, to watch Heart Safe Motherhood or programs leveraging technology expanding across the country.

“I don’t know that we thought we would develop a program that has had this much impact, and this much success and is scalable,” Srinivas says. “I think that first goal was to help the patients that we care for, but then it quickly became clear that this program is so effective, we need to find a way to help anyone and everyone who wants to use it.” 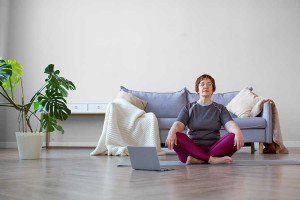