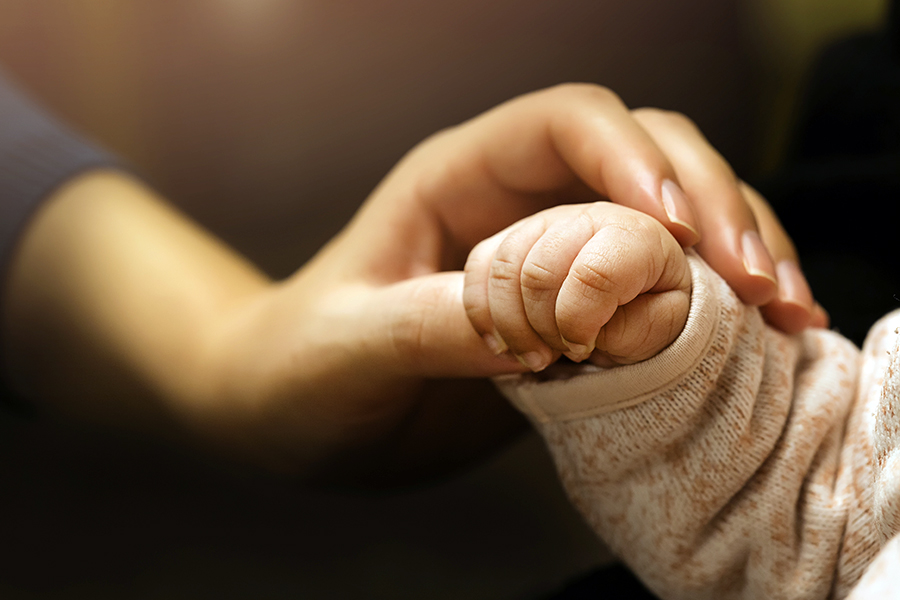 Lauren, 43, married her husband, Dom when she was 38. They started trying to have kids right away and shortly after they were married they became pregnant with their first son, Mason. After Mason was born, they were bitten by the baby bug and knew they wanted a second.

However, getting pregnant the second time wasn’t as easy. Lauren went to see Dr. Michael Glassner at Main Line Fertility to look into in vitro fertilization (IVF). However, they found out her ovarian reserve was low so Dr. Glassner advised using donor eggs.

At the time, she says all of her friends were starting to have second kids. “I felt left out. I felt almost embarrassed that I couldn’t get pregnant and I felt jealous of my friends who were pregnant.”

Dom and Lauren considered adoption but ultimately Lauren decided to use donor eggs. However, there were some uncertainties and others were skeptical.

“Even my brother questioned why I would want to use donor eggs instead of adoption,” Lauren says. “I wanted to go through the pregnancy and feel that connection to my kid. Adoption, unfortunately, isn’t always guaranteed. After the emotional roller coaster of trying to get pregnant, egg donation would be a more predictable process. Ultimately, this is what was best for me.”

The first time Lauren tried third party reproduction, she says she wasn’t mentally ready and the procedure didn’t work. Lauren was devastated but decided to give it another shot. The second time, the procedure was more than a success – Lauren became pregnant with twins.

“It was like winning a million dollars. I was so excited. I started running around the doctor’s office telling everyone ‘I’m pregnant! I’m pregnant!’”

Despite her excitement, she still had her fears. “I would have these crazy thoughts like what if my kids grow up, I tell them they were conceived with donor eggs and they try to track the donor down?”

Terri Jamison, a third party reproduction coordinator with Main Line Fertility says these concerns are not unrealistic. There are a lot of things to think about when going through this process like donor sibling issues, how to disclose to the child later in life that they were conceived by donor eggs, and future contact issues. With DNA and ancestry tests becoming more popular and available, anonymity may become limited.

Additionally, Lauren says she felt very alone on her journey. “My friends and my family were very supportive but even so I felt alone. I want people to know that this is a normal thing.”

Jamison says the current generation of parents might feel this way because their parents and grandparents couldn’t imagine this kind of science being possible – this is new to them. As more women start families later in life and there are more second marriages, Jamison foresees third party reproduction becoming more common and perceivably normal.

She says counseling is important. “Mental health counseling is a priority at Main Line Fertility. Every patient who goes through third party reproduction has a consultation and it’s not a judgment. It’s an education session.” Lauren also says it’s important to get the help and support you need. After Lauren’s consultation, Main Line Fertility referred her to another therapist who she continued to see throughout her pregnancy.

Lauren had other negative thoughts too. She says it would cross her mind that she was more related to her nieces and nephews than to her own boys.

Dr. Glassner points to epigenetics, which show that the mother’s DNA in the amniotic fluid gets absorbed into the embryo and the fetus. In simpler terms, this means that the mother carrying a third party egg will pass on her genetic components to the child even though the child doesn’t carry the mother’s DNA. “For the people struggling with nurture versus nature, epigenetics alleviates some of those concerns – additionally the mother still has vital biological input by carrying, delivering and nursing the baby,” he says.

Dom also told Lauren that she needed to rework her thinking. He told her the minute these babies held her fingers, she would fall so in love with them. And he was right.

“These kids are mine. They call me mommy. They don’t know life without me. They’re just amazing,” Lauren says. “When you carry that baby and you have that baby, it kicks everything into perspective.”

Lauren tells other mothers who are going through third party donors that it all works out. All the fears she had at the time of her treatment feel like another lifetime ago.

“Now I have these three boys and that’s my life now. Main Line Fertility completed my family.”

Authors Note: In order to respect patient privacy, some of the names in this story have been changed. 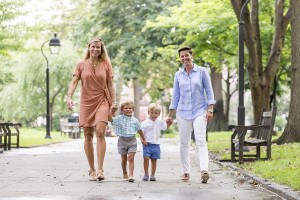