College Athletes Can Now Profit Off Their Likeness. What Happens Next? 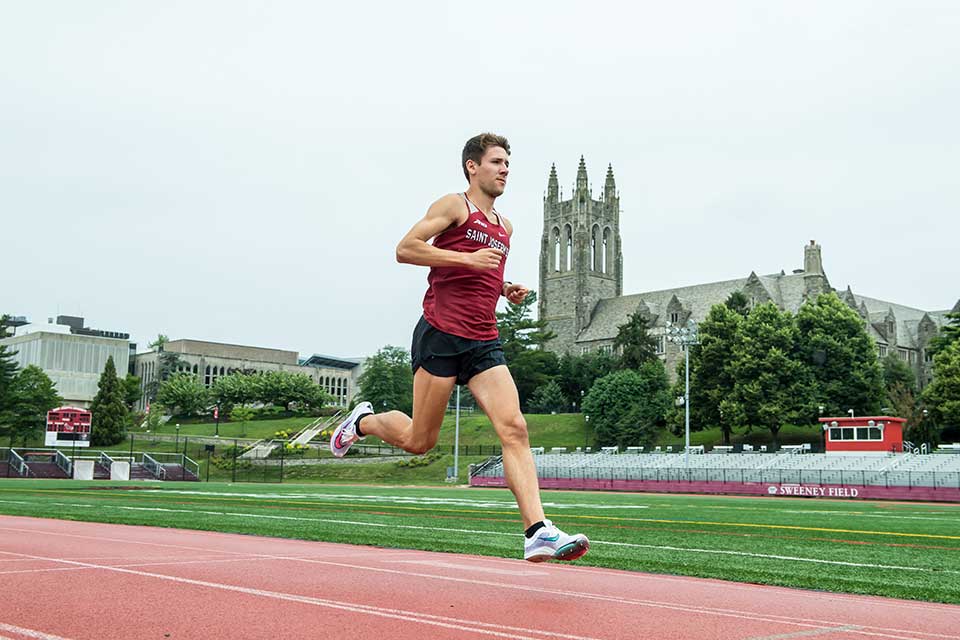 Throughout her decades-long tenure working in higher education, both as a lawyer and athletic director, Jill Bodensteiner, J.D., MBA — now in her fourth year as the Athletic Director at Saint Joseph’s — has been intimately involved in the massive change happening in college athletics.

“College athletics is at the most pivotal point in its history right now,” Bodensteiner says. “To date, most of the focus has been on student-athletes’ new right to monetize their name, image, and likeness (NIL), but there is so much more happening — from the future role and structure of the NCAA, to student-athletes’ alleged status as ‘employees,’ and the impact of the recent Supreme Court decision in Alston v. NCAA.”

Amidst these new changes, Bodensteiner sees her role as an advocate for Saint Joseph’s and its student-athletes to place them in the best possible position — and contribute to a national solution as the landscape takes shape.

Bodensteiner’s expertise and profile have positioned her well to be a leader in college athletics. In May 2019, she was one of four athletic directors out of 350-plus Division I member institutions appointed to the NCAA Federal and State Legislative Working Group charged with evaluating the future of NIL. Following the conclusion of the work of that group, Bodensteiner was one of 15 Division I athletics administrators appointed to the NCAA Division I Name, Image and Likeness Legislative Solutions Group working to draft the proposed NIL rules.

“There is no doubt that both my 10 years of experience as a lawyer in higher education and my 10 years working on policy issues while with Notre Dame athletics were instrumental in me getting appointed to the committees,” Bodensteiner says. “And it was everything I hoped for — an incredible experience to work with really dedicated colleagues from across the country and to be a part of the solution. We reached a pretty quick consensus on the ‘what’ — that college student-athletes should be able to monetize their name, image and likeness. The ‘how’ took a lot of time and thought. We analyzed so many complexities and nuances in hopes of coming up with an optimal solution. The process was made a bit more challenging by the COVID pandemic and having to conduct deep brainstorming sessions via Zoom.” 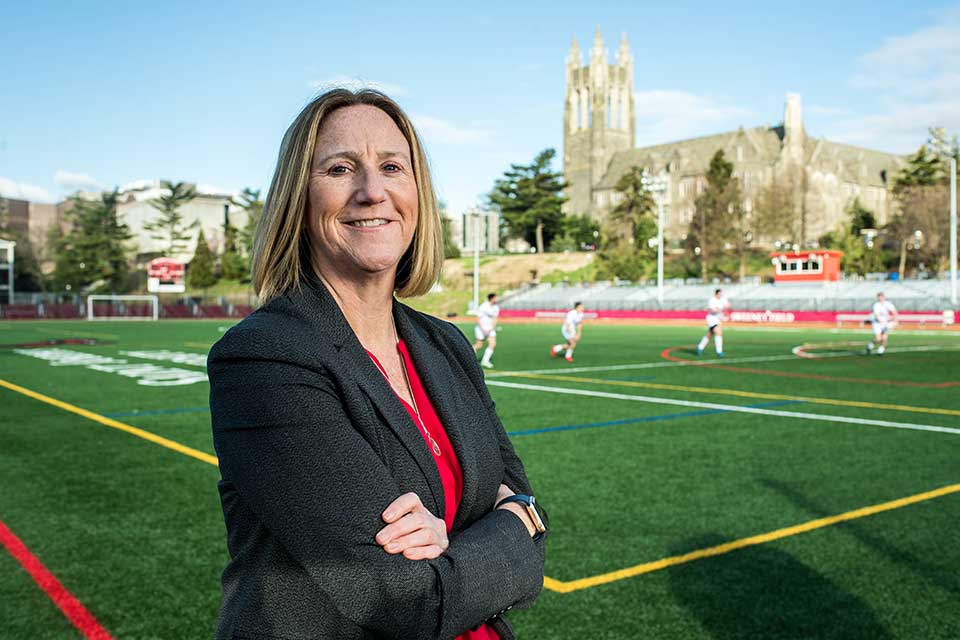 At the eleventh hour, the proposals that Bodensteiner helped craft were tabled by the NCAA and its member institutions. Instead, a series of events during the summer of 2021 led to the expedited implementation of the NCAA’s current “Interim NIL Policy” that governs all college athletes.

Those events included: the inability of the NCAA and its member institutions to persuade Congress to enact a federal bill providing a nationwide solution; the July 1 effective dates of many state laws governing NIL; and the Supreme Court decision in NCAA v. Alston, which confirmed that federal antitrust laws apply to the NCAA. As a result of these events, the NCAA lifted its rules prohibiting student-athletes from earning compensation off of their name, image and likeness — or NIL, for short — effective July 1, 2021.

”Although very brief, the NCAA interim policy includes some important limitations on the ability of college student-athletes to receive compensation,” Bodensteiner says. “Most importantly, NIL compensation can’t be paid as a recruiting inducement and can’t be based on specific athletic performance.”

Once the NCAA issued its interim policy, many states enacted laws to provide more specific guidance on implementing NIL. On June 30, Governor Tom Wolf signed an NIL law that applies to all colleges, universities and student-athletes in Pennsylvania. Working with the university’s legal counsel, Bodensteiner pulled a near all-nighter to craft Saint Joseph’s NIL policy that complies with both the Interim NCAA Policy and Pennsylvania law, which was effective one day after it was signed.

The state-specific rules set forth in the Pennsylvania law include, for example, the requirement that student-athletes disclose any NIL agreement to the institution within seven days prior to entering an NIL agreement. Bodensteiner also notes that Pennsylvania’s NIL legislation includes certain values-based limitations — namely, athletes in the state are barred from being involved with matters regarding sports betting, alcohol, tobacco, “controlled dangerous substances,” prescription pharmaceuticals and adult entertainment.

Even some federal regulations place limits on student-athletes. Bodensteiner is particularly passionate about advocating for NIL opportunities for international students on F1 visas — as it currently stands under U.S. immigration policy, accepting money would in most cases be a violation of their visa terms and force them to return home.

Even with these restrictions, what is likely to follow is unprecedented — there are myriad scenarios for how this might impact college athletics moving forward.

“I see NIL opportunities as directly related to personal and professional development and career goals,” Bodensteiner says. “It’s really a great opportunity for student-athletes to boost their resume. This has been something that’s been on my mind for several years — I’ve always been a believer in this change. I think it’s the right thing to do for student-athletes.” 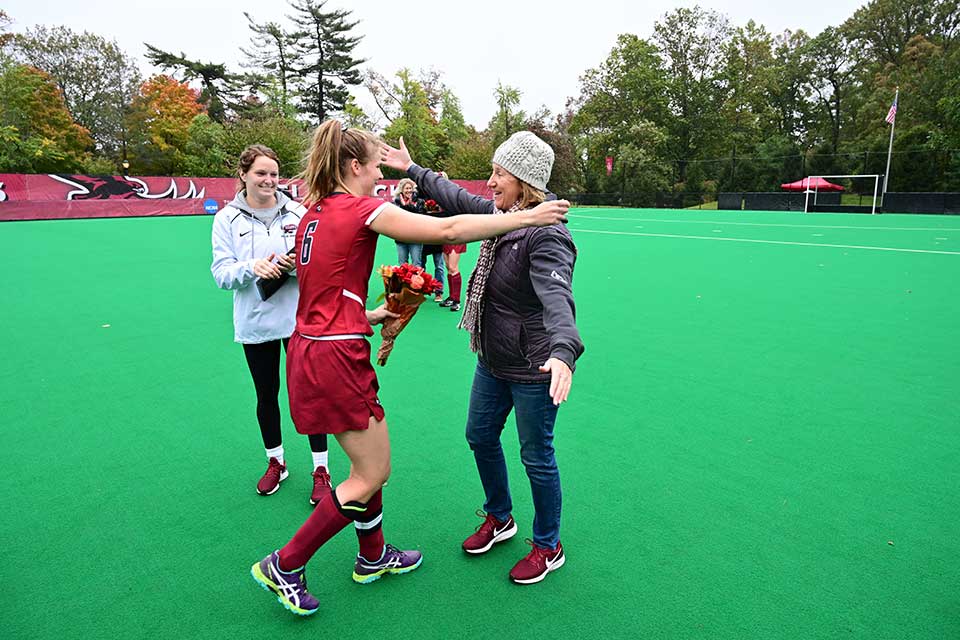 When it comes to the options now afforded to student-athletes under new NIL rules, there are endless possibilities. Student-athletes can get paid to endorse products on social media or on other platforms. They can advertise services from sports lessons to babysit using a tag line such as “I am a Division I student-athlete at Saint Joseph’s University.” And they can make paid appearances or sell an autograph. Throughout college sports, many examples of creative partnerships between student-athletes and brands are emerging every day.

Because of this fluidity, Saint Joseph’s is taking a gradual approach to NIL. The marketplace is flooded with hundreds of new vendors. According to Bodensteiner, at best, many of these vendors have limited experience and some may even be seeking to make quick money on the backs of student-athletes.

“We’ve had some great discussions with student-athletes, our faculty, and third party vendors — making sure that we have an understanding of our students’ interests, the marketplace and our capacity to educate using existing campus resources,” Bodensteiner says. “We have assembled a list of existing academic courses that might be of particular interest to our student-athletes in the new NIL world. Working with campus partners, we’ve created a series of educational briefs ranging from copyright issues to Federal Trade Commission rules, to considerations when starting a sports camp. We partnered with the Saint Joseph’s chapter of the American Marketing Academy to begin to educate Saint Joseph’s students. We want to be nimble and ready to evolve, not only for our student-athletes but for their peers as well.”

In addition to internal support, along with its member institutions in the A10, Saint Joseph’s has partnered with TeamAltemus in collaboration with Anomaly Sports Group to provide education on NIL policies from a legal perspective as well as post-graduate wealth-management. The conference has also paired up with INFLCR, a software platform that can help student-athletes manage NIL opportunities and guidelines.

According to Bodensteiner, the department is about to announce additional partnerships in the coming months that will further enhance the ability of student-athletes to build, protect and monetize their personal brand.

“When looking for the best partnerships, I am focused on two things that are consistent with our university’s values: innovative learning opportunities and protection of our student-athletes,” Bodensteiner says. “I think we have found some great partners and am excited to be moving forward with them.”

To date, Saint Joseph’s has received more than 35 NIL disclosures from its student-athletes — split about evenly among male and female athletes and with 14 of Saint Joseph’s 20 sports represented.  While the national media has focused much of its coverage on high-profile opportunities afforded to football players at Division I programs, Bodensteiner wants to place an emphasis on involving student-athletes of all sports. She especially hopes women who participate in sports can get their share of opportunities.

“The fact that we approach this as career enhancing rather than pure money makes it imperative that we help educate and involve all student-athletes who are interested in NIL activity,” Bodensteiner says. “This is especially true for female athletes, many of whom have limited opportunities to capitalize on their athletic success after college due to the lack of professional sport opportunities for women.”

Bodensteiner also notes that the benefits of NIL go beyond the student-athletes.

“When student-athletes get out there and become brand ambassadors or increase their social media followers, it’s good for the university, too,” Bodensteiner says. “The more we can get the Saint Joseph’s name out there, the better for everybody. It’s a fabulous thing for our student-athletes and for our institution.”

Although July 1 marked a new frontier related to NIL, there remains considerable uncertainty surrounding college athletics. For example, Bodensteiner notes that there are multiple federal bills proposed by members of both political parties in Congress that, if passed, could supersede state laws and establish a national policy for NIL.

Adding to the intrigue, any federal bill would likely address topics far beyond NIL, including whether student-athletes should be treated like employees. A recent memo from the general counsel of the National Labor Relations Board stated that they should, but the impact of that memo remains to be seen.

Plus, the member institutions of the NCAA are undergoing a review of the association’s constitution, the scope of which members institutions will vote on in January 2022. In describing this exercise, NCAA President Mark Emmert said, “This is not about tweaking the model we have now. This is about wholesale transformation so we can set a sustainable course for college sports for decades to come.”

“One possible outcome of the constitutional overhaul is that the NCAA cedes many of its current duties to conferences, which would then have the autonomy to set their own rules regarding eligibility, recruiting, financial aid and other important topics,” Bodensteiner says. “That could really be a game changer for college athletics.” 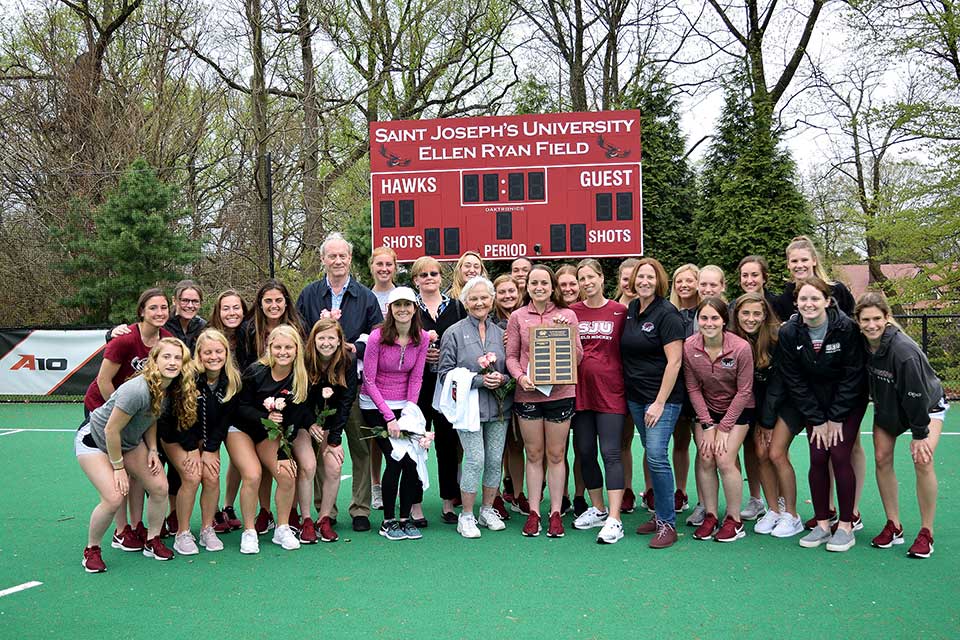 Saint Joseph’s is backed by a supportive Atlantic 10 conference, of which university President, Mark C. Reed, Ed.D., is the chair of the council of presidents, and an athletic director in Bodensteiner who is involved in multiple national conversations regarding the potential outcomes. Closer to home, Bodensteiner looks forward to getting input from the school’s athlete-involved steering committee.

“NIL is just one of many ways that student-athletes can develop lifetime skills,” Bodensteiner says. “Although some change is clearly needed in college sports, we want to do everything we can to ensure that college athletics continues to provide these incredible opportunities to Saint Joseph’s student-athletes well into the future.” 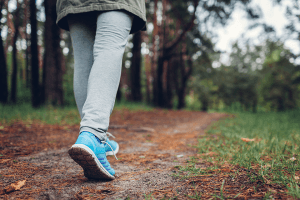 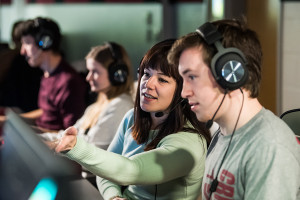 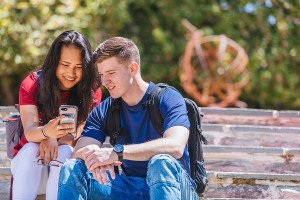 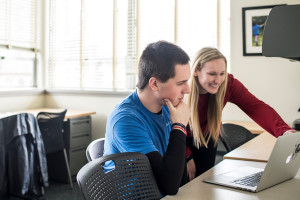