Inside the West Philly Pharmacy Where Food Is Medicine 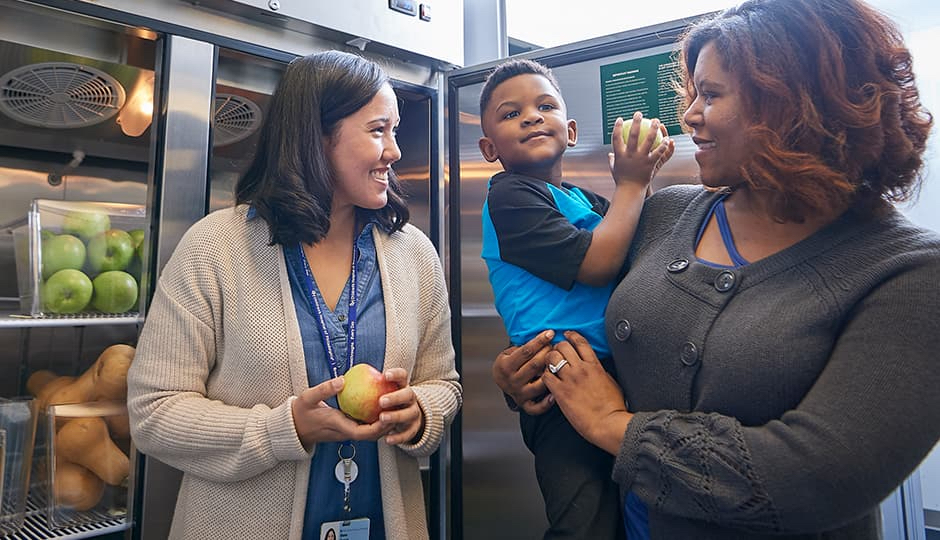 When local families visit the Children’s Hospital of Philadelphia Healthy Weight Program in West Philadelphia, they may receive referrals to a new “pharmacy” — not the traditional kind with Rxs, but one stocked with fresh produce, healthy whole grains and nourishing protein. Instead of walking away with a prescription, parents and children receive a three-day supply of nutritious food, free of charge. It’s a holistic approach to obesity and related conditions, like diabetes. In this case, food is medicine.

“It’s not necessarily genetic code making a poor health outcome, but actually a zip code,” says Saba Khan, MD, an attending physician and director of the Healthy Weight Food Pharmacy at CHOP. “The medical community has said for many years now, ‘You need to eat fruits and vegetables.’ But what does that really mean for the people that we’re taking care of? How easy is it to get those things when they have to choose between spending money on healthy food versus medicine or childcare?”

The CHOP Healthy Weight Food Pharmacy attempts to eliminate some of those socioeconomic barriers. Since opening in January, it has supplied about 1,000 people with 8,000 pounds of fresh and nonperishable food. 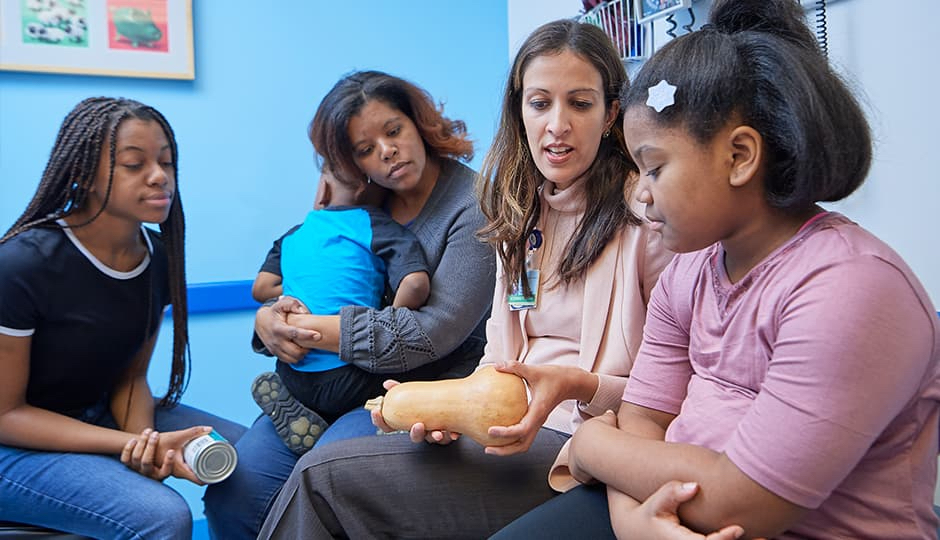 The impact all stems from a generous $173,500 grant from GIANT Food Stores. After hearing of the project, GIANT Food Stores President Nicholas Bertram immediately realized the difference this partnership could make.

“I have this personal connection when I see families struggling with obesity, and it’s because they either, like me, weren’t raised to know what healthier choices are, or they just don’t have the ability,” he says. “It’s not ending hunger by filling someone’s stomach with whatever you got, but instead the things that are best for them.”

After primary care pediatricians refer patients to the CHOP Healthy Weight Program, parents may choose to undergo screening for the pharmacy. Families then visit the market-inspired space after each appointment and select supplies to take home. A dietitian on staff can answer questions about recipes or nutrition. On-site social workers offer further help with transportation or other concerns.

“We have made a concerted effort to make it as organic as possible, in that we have not just assumed we know what our community wants,” Dr. Khan says. For example, client feedback inspired the team to rethink some offerings. They now hope to add more cooking herbs and spices, as well as necessary toiletries, to the shelves.

Expanding outside of West Philadelphia may also lie in the cards. “What you put in your body makes a difference quite literally to your being and how you’re feeling physically and mentally,” Dr. Khan says. “We want to continue to grow this pharmacy, but also do a great deal more with what the Children’s Hospital of Philadelphia has to offer.”

You can help CHOP patients and families by funding the programs that make a difference. Give now to make an impact in our community.