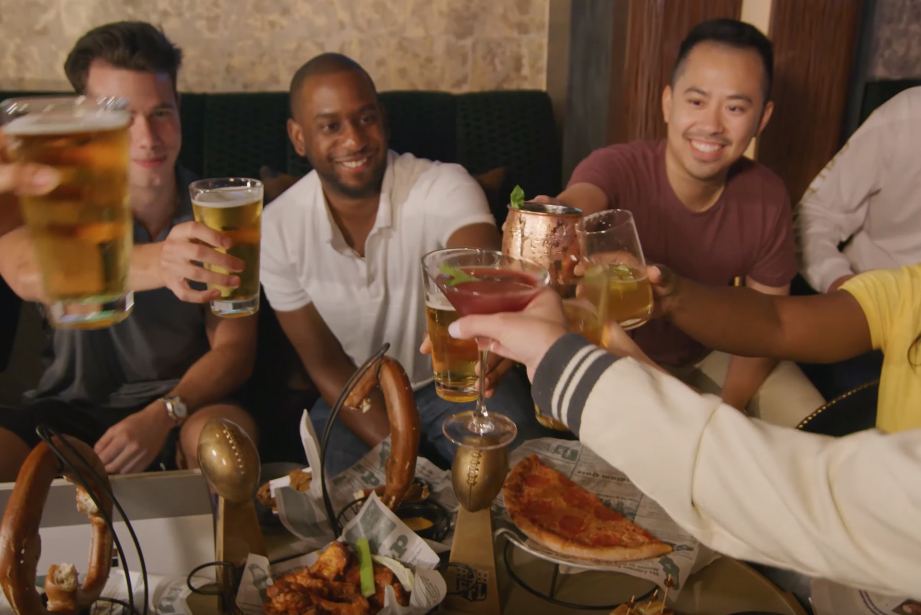 Dreams come true at the Jersey Shore. Or at least they did for one man, John Grisillo, and his fiancée, when they won Philadelphia magazine’s sweepstakes for a free overnight trip to Atlantic City’s Borgata Hotel Casino & Spa, plus a $100 food-and-beverage credit and two tickets to see Jerry Seinfeld perform. A regular A.C. visitor, Grisillo knew just how to get the most out of his trip. Here’s a look at what kind of antics you can get up to when you stay in Atlantic City for free.

After heading down to the beach to catch some rays and then sprucing up in their hotel room, Grisillo and his fiancée wanted to start in on their free grub at Moneyline Bar & Book, a new sports bar and book. They did what anyone blessed with the wild abandon of a free feast would do—they went all in on appetizers, eating their fill of fried cheese curds plus beef and crab cake sliders.

“The food was really good there,” Grisillo says. “The crab cake was awesome—tons of fresh crab.” Satiated, they leaned back into their booth with the laxity of a conquering king and queen and watched a few sports games play out on the wall of giant TV screens above the bar. “It was a great sports bar,” he says.

Drinks at the Club

Then it was on to the all-important beverage portion of the food-and-beverage credit. They opted for Level One Cocktail Bar & Lounge, a posh hangout spot that turns mixology into a feat of engineering. From a menu that includes rum drinks served out of glasses shaped like fishes’ heads, Grisillo chose a gin, edible flower and aloe vera liqueur concoction served in what might have been a beaker, while his fiancée chose the Pink Cashmere, a vodka and St. Germain drink poured over cotton candy. Her choice was better.

Unfortunately, their credit did not cover The Bambino, which involves a glass of 1940 McCallan Fine & Rare Single Malt Scotch Whisky, an antique Victrola record player, and an authentic $100 check signed by Babe Ruth himself—only $40,000 altogether. Maybe on the next trip.

Their night concluded how any dream vacation would, with the hilarious observations of comedy legend Jerry Seinfeld.

“The opener was great, then Jerry came running out on stage, and he was funny as ever,” Grisillo says. Seinfeld played to the hometown crowd, making fun of his venue, the Event Center, which he noted could be the name of just about anything.

“He went on to say, ‘You could call a toilet an event center. There’s an event that takes place there, whether you want to be a part of it or not,’” says Grisillo. Almost 30 years after the ‘90s, it was good to know Seinfeld’s still got it.

From there, they hit the casino floor and did a little gambling before going to bed in one of Borgata’s finely appointed rooms. Then they only had one last thing to do to complete their trip, the most important part of any stay in Atlantic City. They went to the brunch buffet.

“Of all the casinos I’ve been to, they have the best buffet by far,” Grisillo says. “Everything was delicious.”

Ready for your own dream vacation? Get the party started by booking your stay at Borgata today. 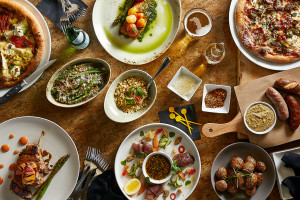 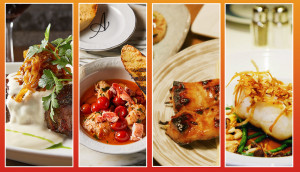 SPONSOR CONTENT Restaurants Are Back in Atlantic City: Here’s What to Expect