Just Listed at the Shore: Bayside Twin in Avalon

$1.9 million doesn’t go as far at the beach as it does in the mountains. But it still gets you some pretty nice digs. 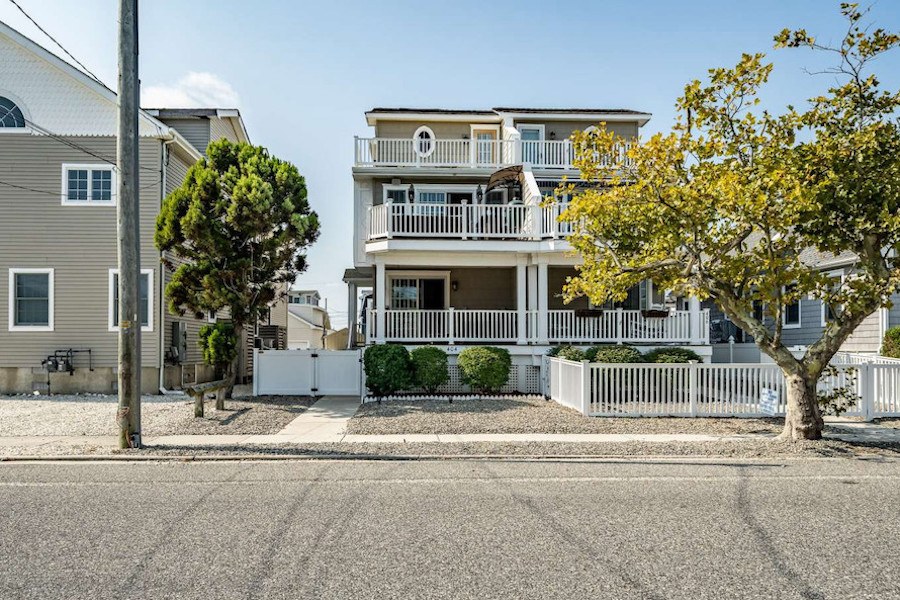 You’ll be hard-pressed to spend more than $2 million on a house in the Poconos, while doing that is easy at the Shore. But you can still get a pretty snazzy house for just under that amount, like this bayside twin at 404 21st St., Avalon, NJ 08204 | Cape May County MLS images via Realmart Realty LLC

Since we featured a “housing bargain for millionaires” in the Poconos over the weekend, I figured it was only appropriate to do a little comparison shopping at the Jersey Shore.

And I did find a house in one of the most chi-chi communities at the Shore that cost about the same as that lakeside manor in the Poconos. This Avalon bayside twin house for sale lists for a mere $1.86 million.

But there the similarity ends. While that house on Roamingwood Lake occupies the upper end of the Poconos housing market, this one sits in the middle of Avalon’s. In fact, houses on this part of Avalon’s bayside tend to list for a good bit less than this one does.

And, as you will soon see, it’s nice enough, but nowhere near as fancy as that Pocono pleasure palace.

If you prefer sunsets to sunrises, you will like this house’s location on an island on Avalon’s bayside, between Princeton and Pennsylvania harbors. (Apparently, whoever developed this area has a fondness for local Ivy League schools.) While its decks are oriented toward the sunrise, you should still be able to catch plenty of afternoon sun on them. 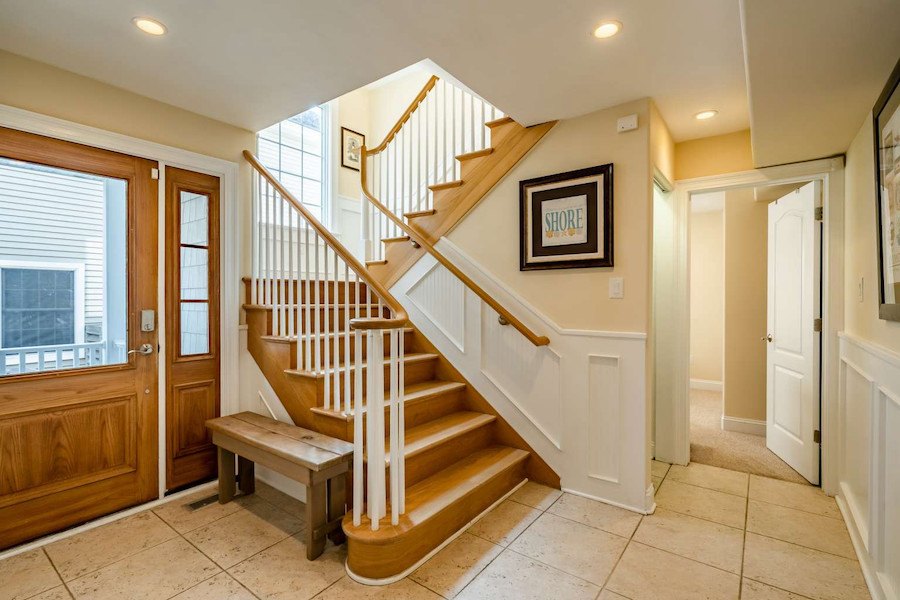 This house’s floors are arranged in a sandwich fashion. Its side entrance opens onto a foyer that separates the two first-floor bedrooms from each other. The one in front has its own covered deck, and the laundry sits next to the other. The shared hall bath on this floor has two vanities, which makes sense given that two people might use it at once. 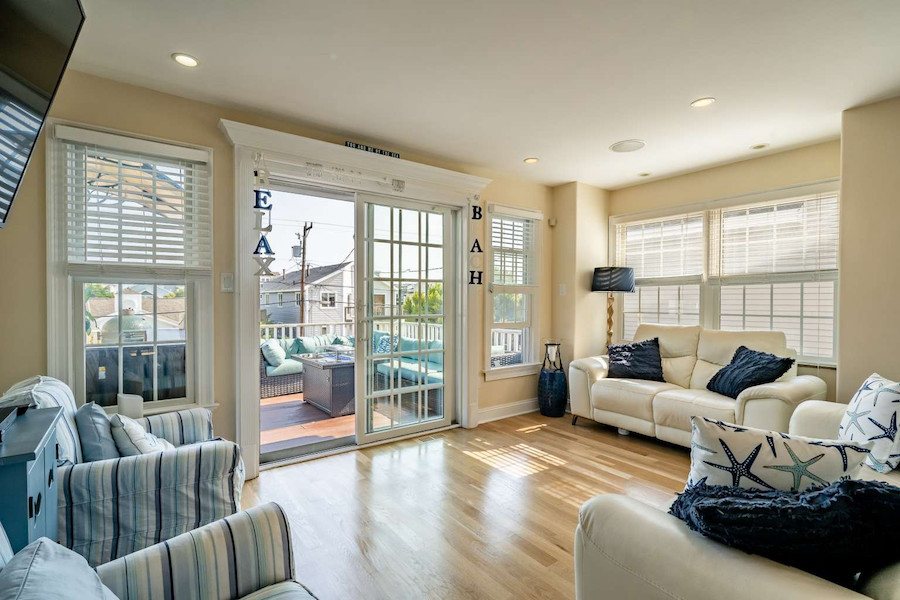 The main floor lies one floor above. Up front, the main living area combines an up-to-date kitchen with a comfortable living room. 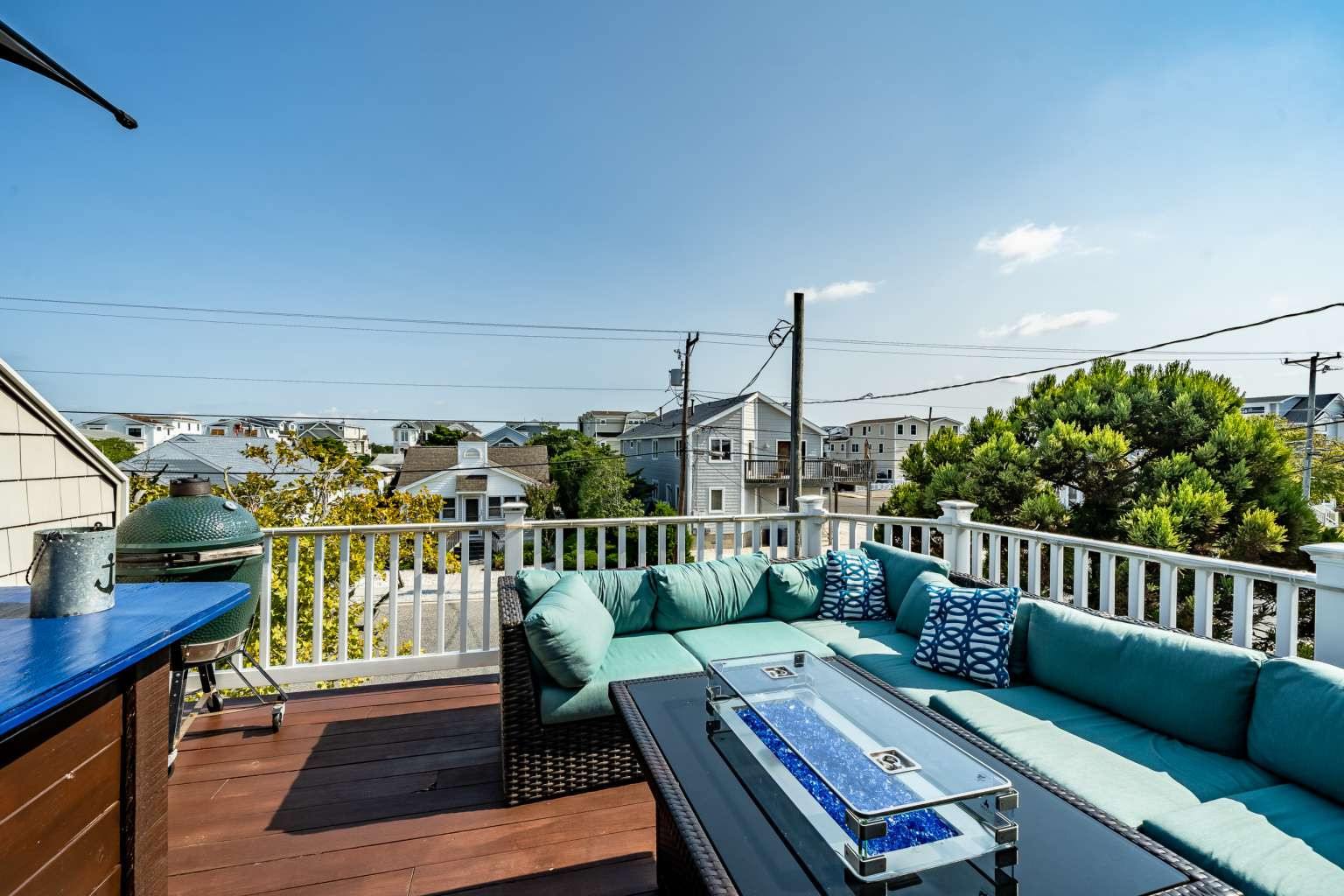 Next to the living room, the open main-floor deck has a mahogany floor, a wet bar and a fire pit. 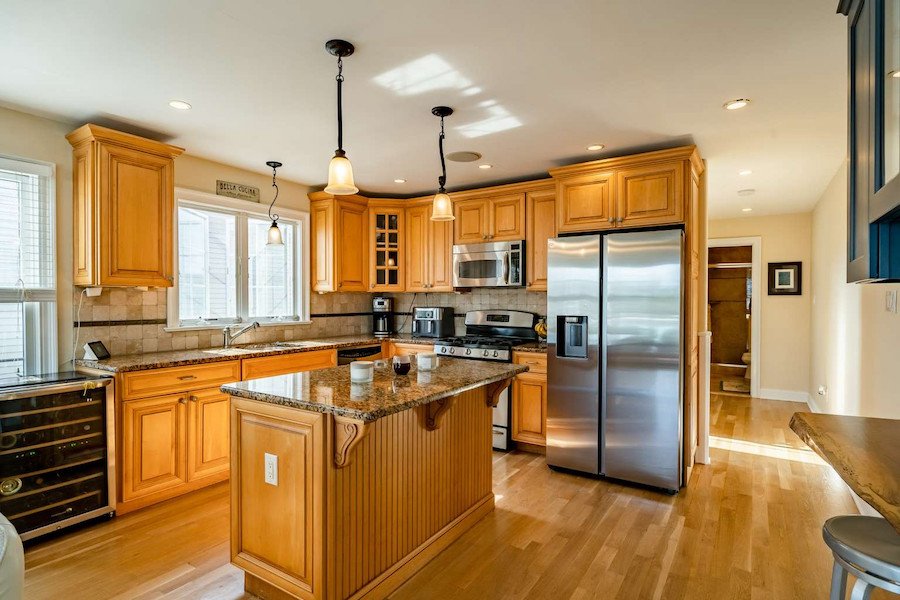 Bar seating for three and china cabinets occupy the wall across from the kitchen island. The kitchen has plenty of counter and storage space, and its stainless-steel appliances include a wine fridge. A full bath and the third bedroom lie on the other side of the stairs. 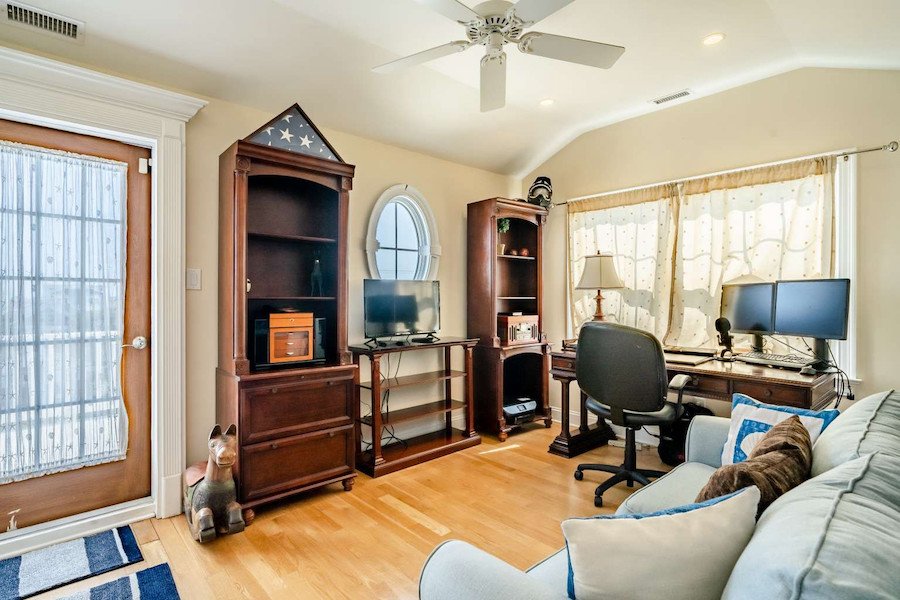 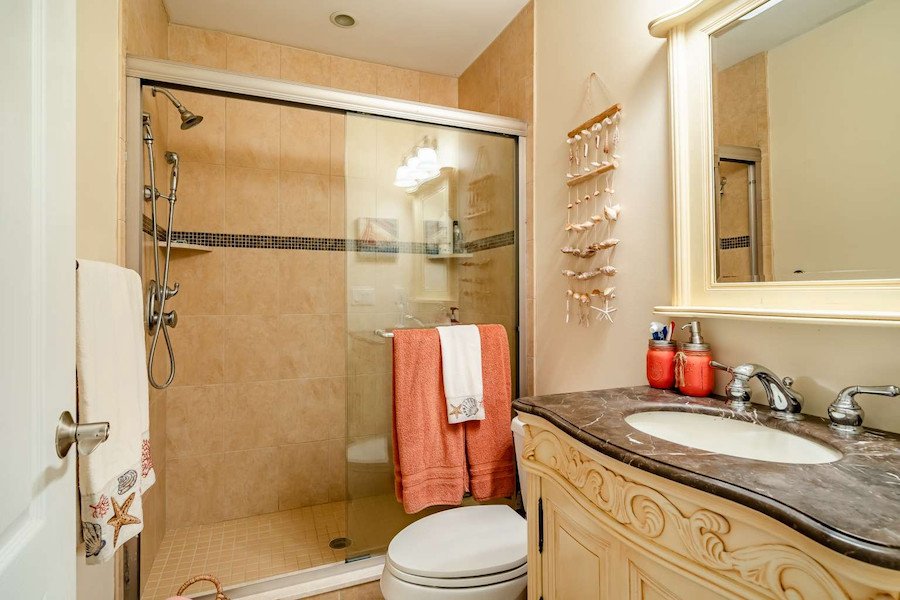 Its full bathroom is outfitted similarly to those on the floors below, but this one has a fancier shower than the one on the second floor. (The first-floor bathroom has a tub/shower combo.) 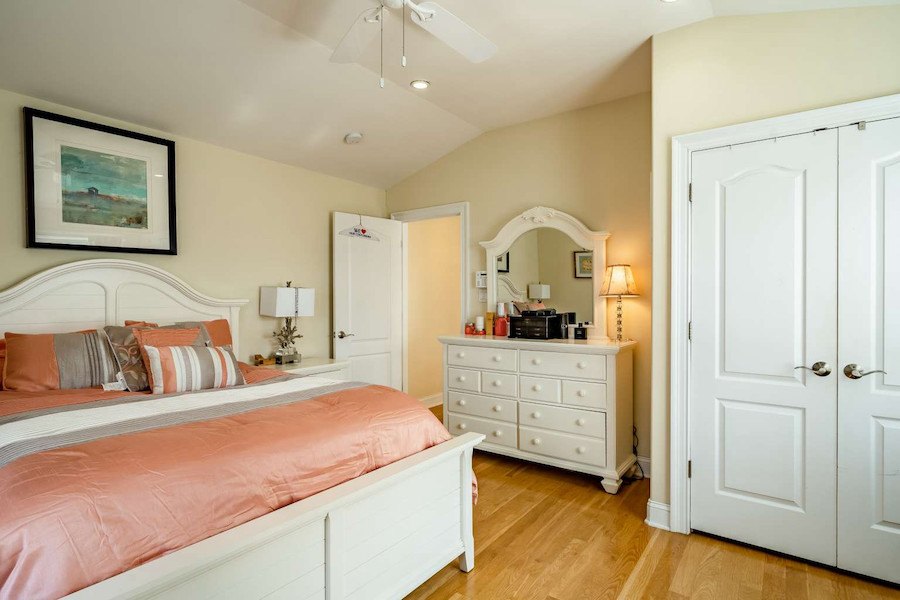 And its bedroom has a large closet and vaulted ceiling.

As you can see, this house is in great shape — its owner has never rented it out and maintains it impeccably. But I really can’t call this one a “housing bargain for millionaires.” Where that Poconos house sat right on the lake, this one is close to water but not close enough: you have to travel four blocks down the island before you reach its marina, the only waterside location that’s not privately owned. The ocean, however, is just one block further away. And just two blocks and a bridge separate it from Avalon’s shops and restaurants — close enough to walk to but far enough away that you can have peace and quiet.

It also lacks all the bells and whistles of that house on Roamingwood Lake. But it does have one thing that house lacks: an Avalon address. And for many, that alone is worth shelling out for.

BEDS: 5 (the home office can serve as a fifth bedroom)

OTHER STUFF: A parking pad in back can accommodate two cars, and it also has a storage shed for your stuff next to the pad.