On the Market: New Construction Condo in Francisville

This brand-new condo on Fairmount Avenue sits in a building that channels the spirit of the two that had occupied its site. 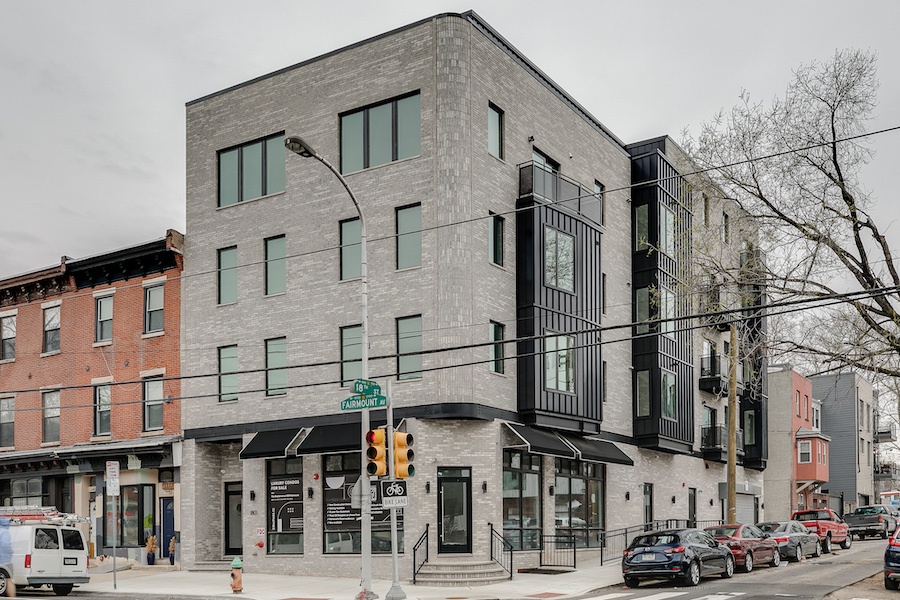 What was supposed to have been the reconstruction and expansion of a onetime engine repair shop-turned-artist’s studio instead became a brand-new, five-story modern condo building that channels both its predecessor and a late-career landmark from the architects who brought the International Style to America. The penthouse has already been sold, but the units on the lower three floors of 1801 Fairmount Ave., Philadelphia, PA 19130 are all available for purchase. | Photos: Alcove Media via Mathen Pullukatu, Compass

The Francisville Neighborhood Development Corporation (FNDC) says its mission is “to improve the quality of life in the Francisville community through equitable commercial and residential development, programs that preserve the indigenous peoples’ inclusion and cultures, to support indigenous-owned businesses and preserve and promote our rich history.”

FNDC Executive Director Penelope Giles has pursued this goal with almost laser focus since founding the nonprofit in 2002. Her chief area of concern from the start has been Ridge Avenue, the neighborhood’s Main Street, where she is banking on new development to provide housing for new residents, as well as jobs and business opportunities for the current ones.

But throughout the neighborhood, FNDC has promoted development as a way to create a neighborhood where everyone can live and work together.

Not everyone in Francisville is down with this vision. One who is, however, is developer Mathen Pullukattu. A Francisville resident since at least 2014, he has built his share of new housing in the neighborhood and has also served as the chair of FNDC’s development committee.

In keeping with FNDC’s mission, Pullukattu both fabricates materials in the neighborhood and hires construction workers from it. And the buildings he builds either incorporate or reference pieces of the old Francisville they replace. 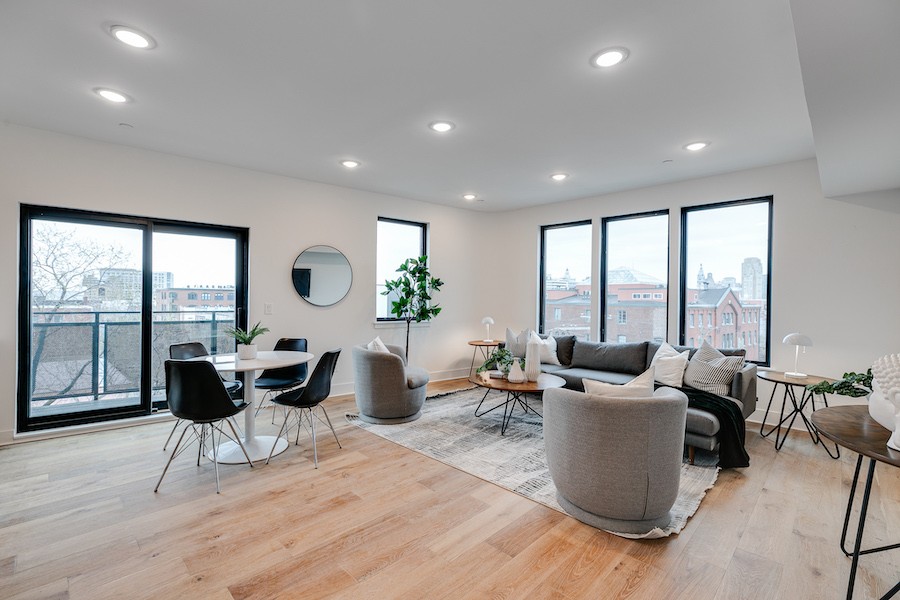 In the case of the building containing this Francisville new construction condo for sale, the piece it replaced was a building Pullukattu refers to as the “Peanut Gallery.” Most recently owned by artist Robert Woodward, it began life as two late-19th-century buildings that were combined into one in the 1970s, becoming an engine repair shop. In between that time and the time Woodward turned it into his studio, it housed a daycare facility in the 1990s.

Pullukatu was intimately familiar with the building because he lives next door to it. And when Woodward put it up for sale, his intention was to rehabilitate it, expand it and turn it into lodging.

Instead, his purchase began a seven-year odyssey that led to this new building. “Let’s just say that it was in such disrepair that we couldn’t save it or safely build up to five floors,” says Pullukattu. 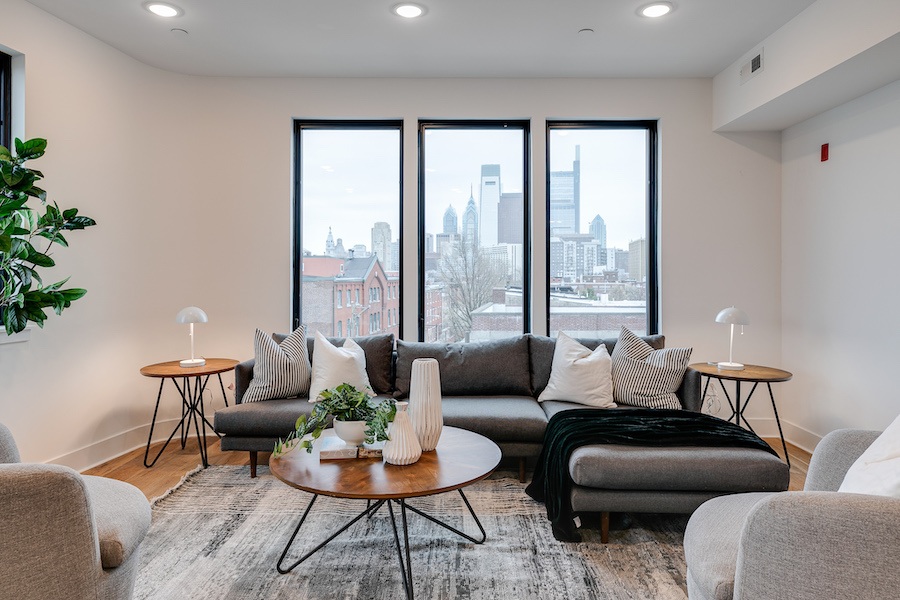 So instead, Pullukattu built a new building whose shape recalls that of the building it replaced. It took him five years and more money than he had originally budgeted to bring the building to the point where construction could begin in 2020 — and then COVID delayed the actual start of construction further. The added costs led him to abandon his plan for rental lodging, turning the building into a condominium with larger units instead.

In its color and its distinctive curved corner, it also channels one of the last major works of Howe & Lescaze, the Philadelphia architects who brought the International Style to America with their 1932 PSFS Building (now the Loews Philadelphia Hotel). 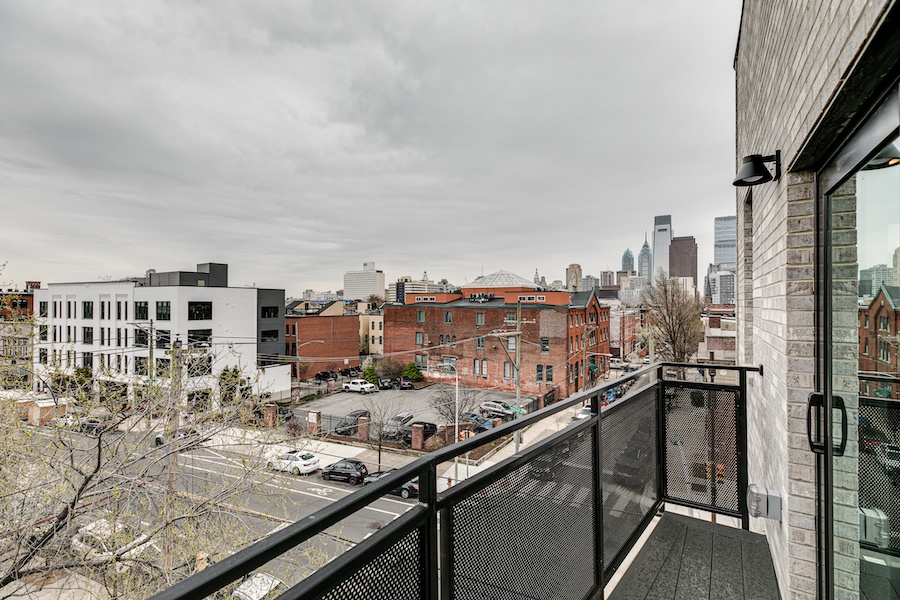 The condos in this building — Unit 402 is shown here — are designed so that each one offers views of Center City down 18th Street, either from a balcony, as with this unit, or an angled bay window. 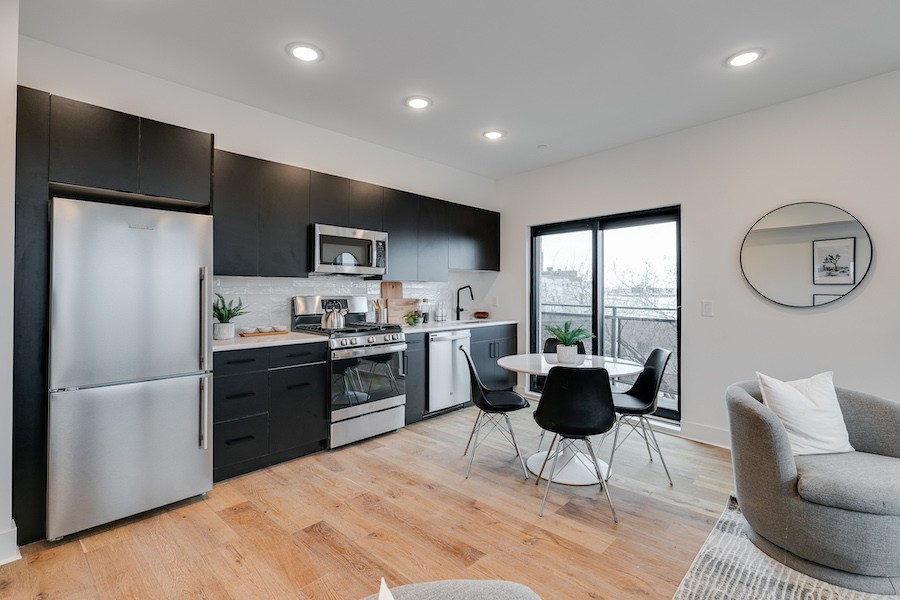 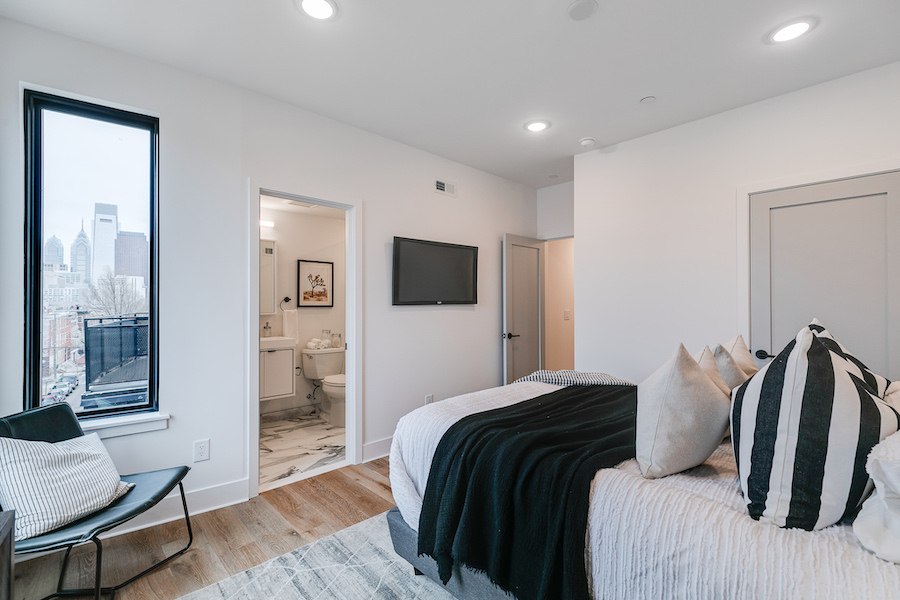 The two-bedroom condos in front, like this one, also have square bays that offer Center City views from their primary bedrooms. 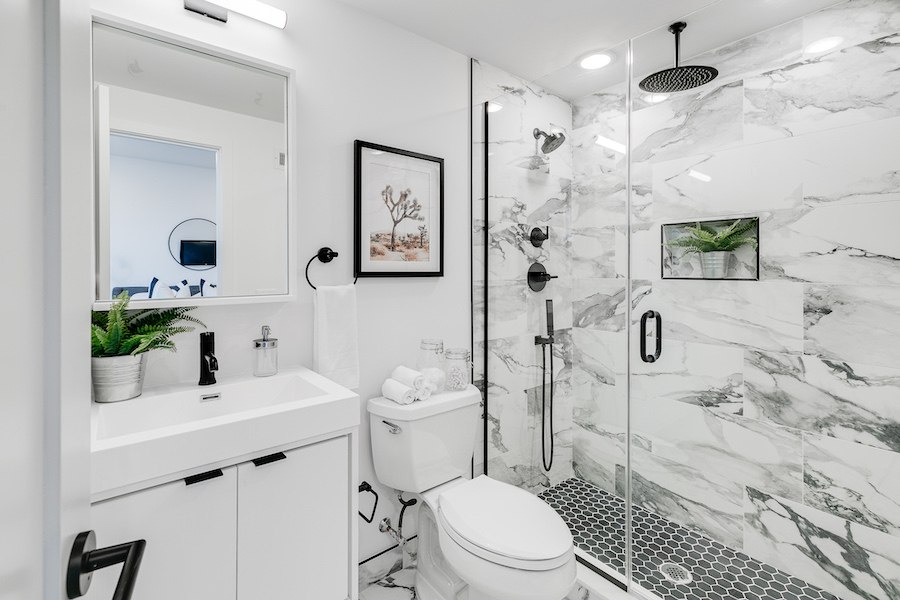 And not only are they built and designed well, but they are also conveniently located along Fairmount Avenue. You will find numerous places to dine out, grab a quick bite to go or pick up ingredients for your home-cooked meal up and down the street. Francisville Playground sits one block to the north and the Ridge Avenue commercial district is just a few blocks further to the northeast.

In addition, SEPTA’s Route 33, 49 and 61 buses and the Broad Street Line all lie within walking distance.

All these things make this Francisville new construction condo for sale (and its neighbors) great buys for anyone looking to live in a diverse and increasingly lively neighborhood.

OTHER STUFF: A $200 monthly condo fee covers building and common area maintenance and insurance. Five other units in this building are also currently on the market; the three-bedroom fifth-floor penthouse got pre-sold before the building was finished.

Updated May 11th, 11 a.m., to correct information about SEPTA bus routes operating in the area.