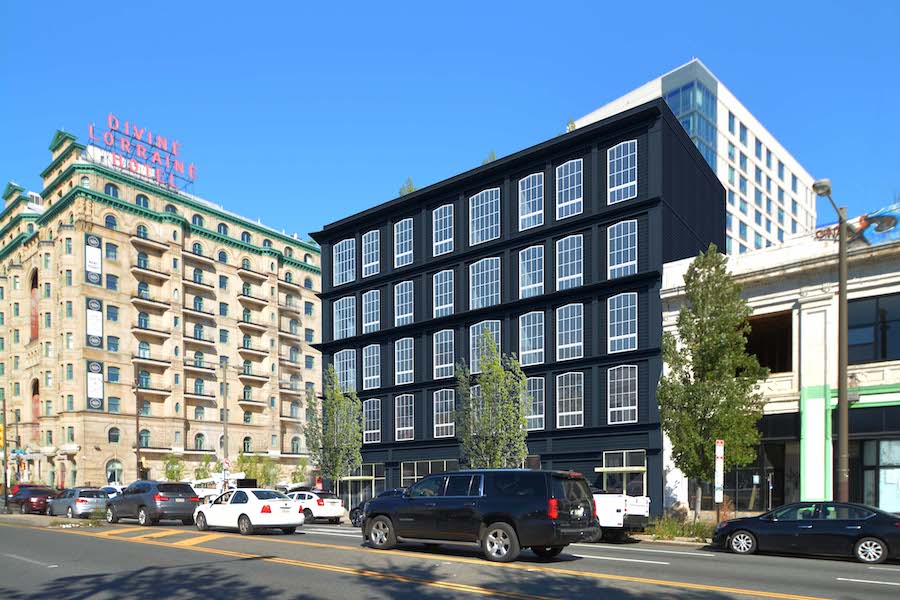 A rendering of the McDermott Building, the mixed-use structure that will rise on the site of Jimmy G’s Steaks. | Renderings: Ambit Architecture via Philly Property Group

Jimmy G’s Steaks at Broad Street and Ridge Avenue in West Poplar was a relative newcomer on the Philly cheesesteak scene, but it quickly attracted a following and rose to the top ranks of the cheesesteak world over the course of 12 years before shutting down abruptly in the summer of 2021.

We still don’t know what led to the sudden closing — was it pandemic-related, or something else? — but we do know now what its future will be.

Later this year, its building will be demolished so that a new mixed-use residential-commercial building can rise on its site.

To be called the McDermott Building, the new structure will have 1,400 square feet of commercial space on its ground floor and 20 apartments on its upper four floors. The name pays homage to another former occupant of this site, McDermott’s Tavern, which stood here in the early 1900s.

Philly Property Group, affiliated with Long & Foster Realtors, announced two days ago (March 6th) that it had reached a deal that will allow its client, Philly Capital Group, to acquire the Jimmy G’s building from owner Strafella Real Estate Holding for $1.8 million.

Designed by Ambit Architecture, the building also pays homage to the light industrial past of the area around it. The building to its south had housed a Studebaker showroom, and several other former factory and warehouse buildings in the area have since been converted into loft apartments.

More recently, the Divine Lorraine Hotel, just to this site’s north, got a $44 million makeover via developer Eric Blumenfeld that restored Willis Hale’s 1894 apartment building to its original glory and purpose. Blumenfeld also worked with the Holy Ghost Headquarters Church, which owns the building, to restore Oscar Hammerstein’s 1908 Metropolitan Opera House a half-mile north of here and revive it as a performing-arts venue. And across Ridge Avenue from here, RAL Companies last year completed Broadridge, whose 478 units make it the largest single apartment building in the city as of now. 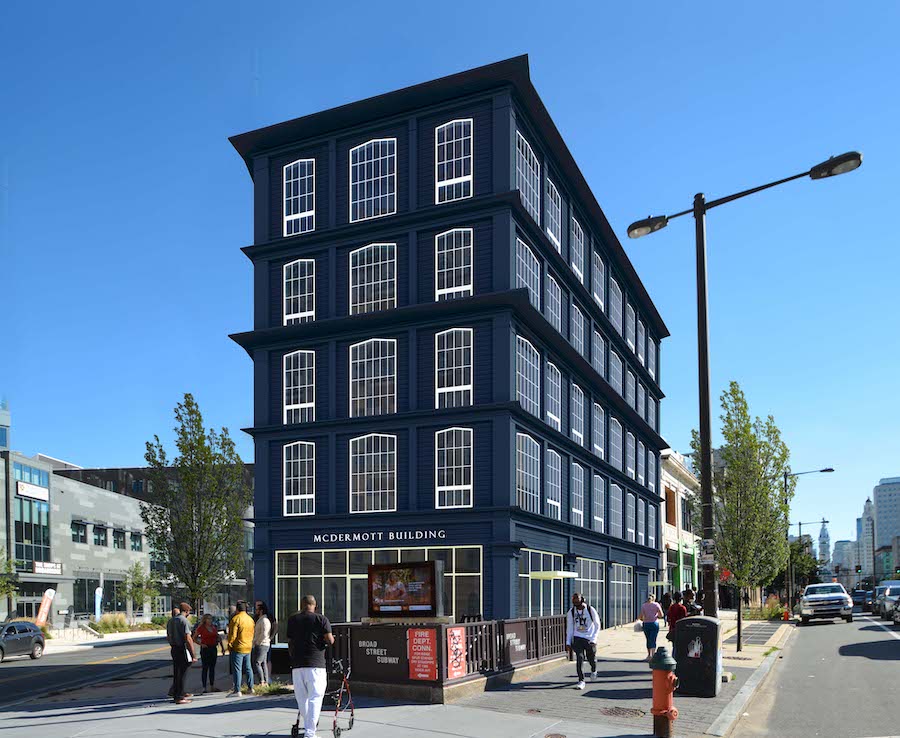 The project’s design channels 19th-century cast-iron industrial buildings in its massing, framing, fenestration and deep cornice lines. Its peaked full-height windows make a nod toward the Gothic styles popular in the late 19th century as well as add a vertical element to the building’s strongly horizontal lines.

The 18,000-square-foot trapezoidal structure will have elevator service, a digital doorman and a green-roof community outdoor space. Three nearby parking spaces are also part of the development.

“Our client is the perfect investment firm to complete this historic project and we are thrilled to see the addition of a classic building in our city,” Abby Trimborn, co-founder of and realtor/development specialist with Philly Property Group, said in a news release. “The negotiations were months long and tedious. We were competing with multiple offers and working with terms that are not commonly seen in our marketplace,” such as requiring non-refundable deposits from bidders. “With a creative and steady approach, we were able to beat the competition and secure the asset for our client, Philly Capital Group. ”

Work on the McDermott Building is set to begin in the third quarter of this year. It should welcome its first residents sometime in 2023.