On the Market at the Shore: Shingle Style House in Sea Isle City

Situated on a corner lot just steps from the beach, this 115-year-old gem has been polished to where it sparkles. 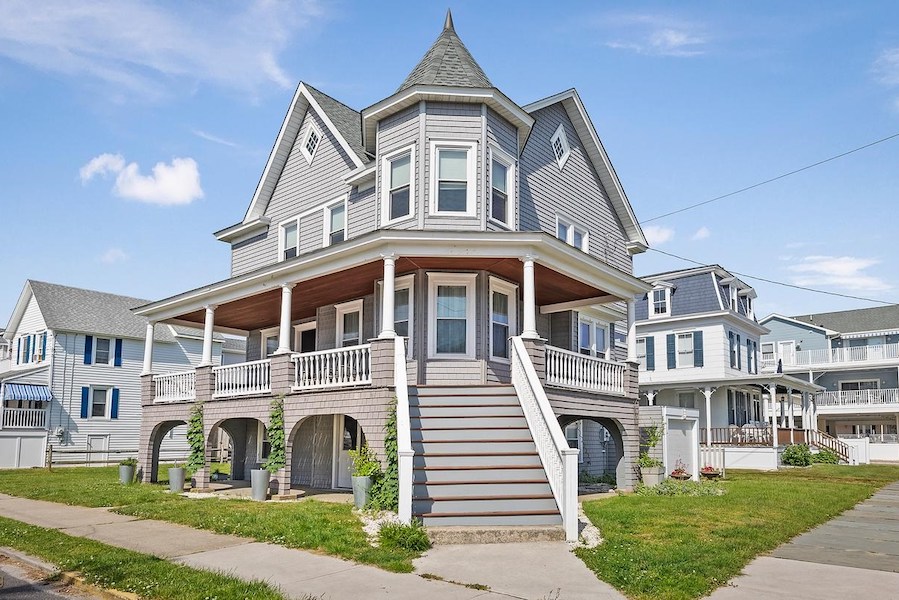 This 1906 Shingle Style house just steps from the beach in Sea Isle City actually postdates the Victorian era, but you can see the Victorian influence in the design of 20 46th St., Sea Isle City, N.J. 08243 | Bright MLS images via Long & Foster Real Estate

Several architects nowadays specialize in reviving and updating the traditional vernacular architecture of the Jersey Shore. Mark Asher of Asher Slaunwhite is the best known of them, and those who love or recall the Shore of days gone by gladly pay top dollar for one of his creations — that is, if they don’t commission one themselves.

Not that I’d want to take business away from Asher, but why buy a reproduction when you can have an original like this Sea Isle City Shingle Style house for sale?

This handsome Victorian-inspired example of the Shingle Style at the Shore rose on this corner lot in 1906. It has been blessed with just two owners over the 115 years since its completion, and as you can see from these photos, both owners have taken excellent care of the jewel in their possession.

You now have the opportunity to become its third keeper. 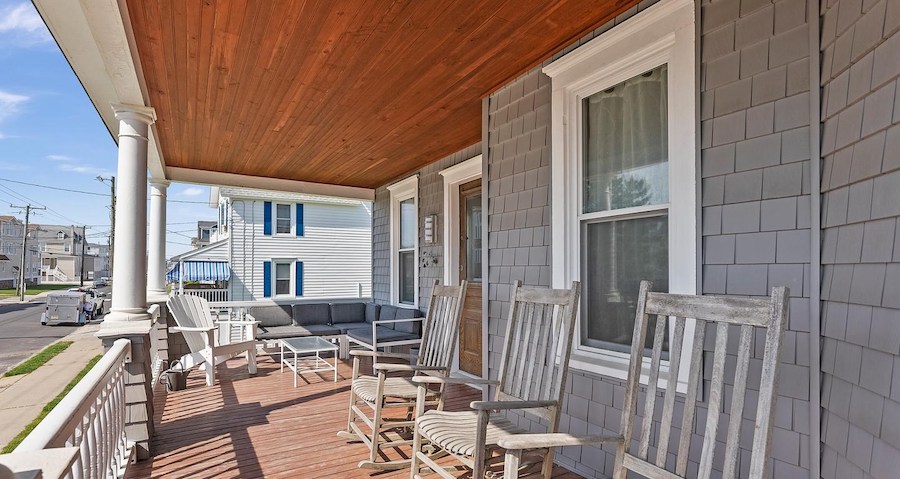 It’s designed to command its corner, with a grand entrance staircase leading directly from it to a wraparound porch topped by a turret. 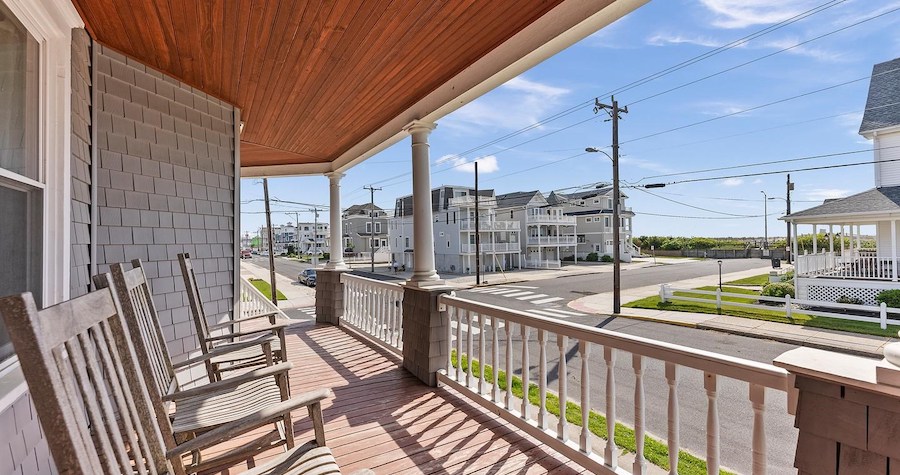 View of beach from porch

From that porch you can take in a clear view of the beach less than half a block away. 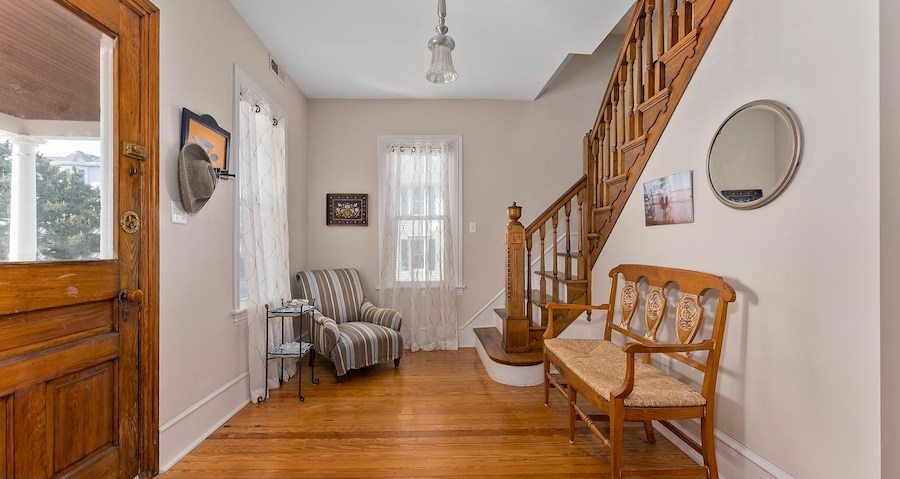 On the inside, the house has a clean and unfussy appearance. Details like the woodwork on the staircase leading from the foyer, however, have been meticulously preserved and maintained. 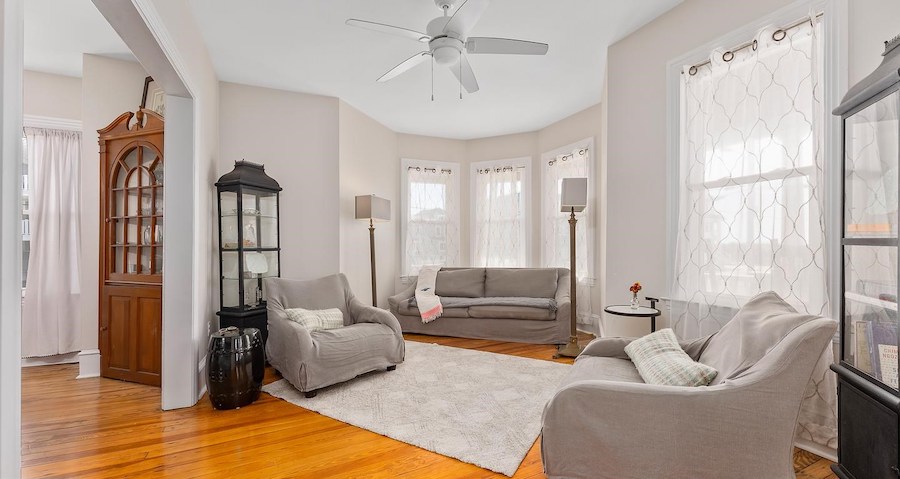 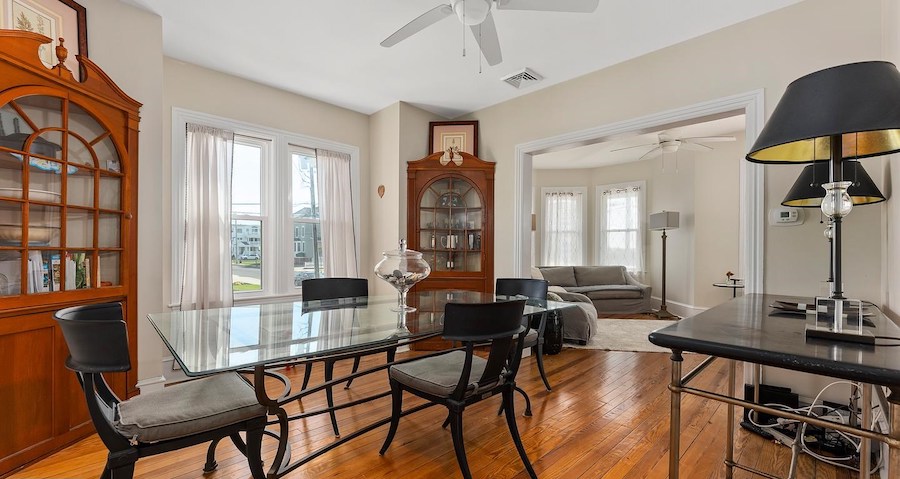 Large windows let light into all the main-floor rooms, and a light off-white color palette enhances the brightness of the light. 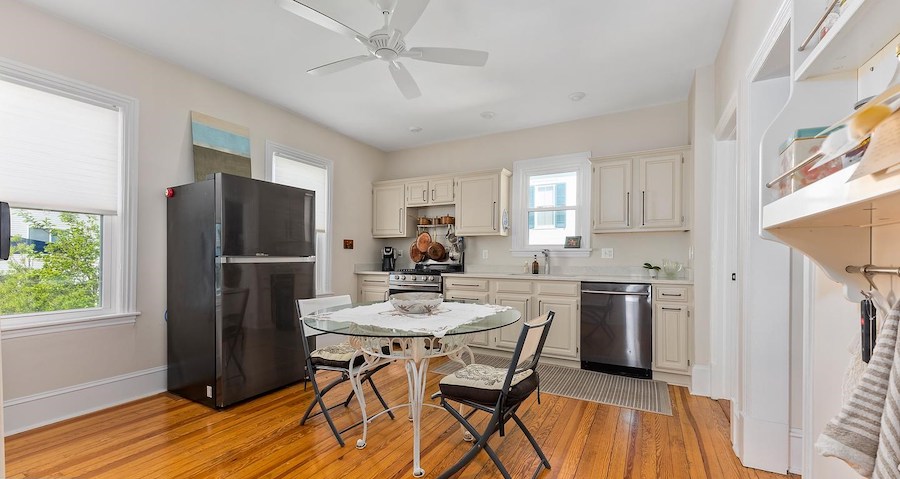 Both its kitchen and its two bathrooms have been updated with modern fixtures yet retain their original appearance. 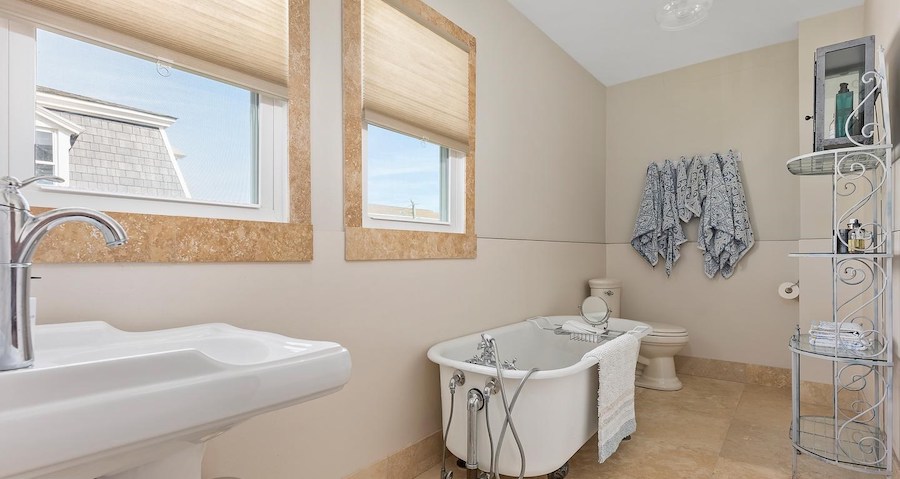 The bathroom on the second floor also retains its original 1930s clawfoot bathtub. 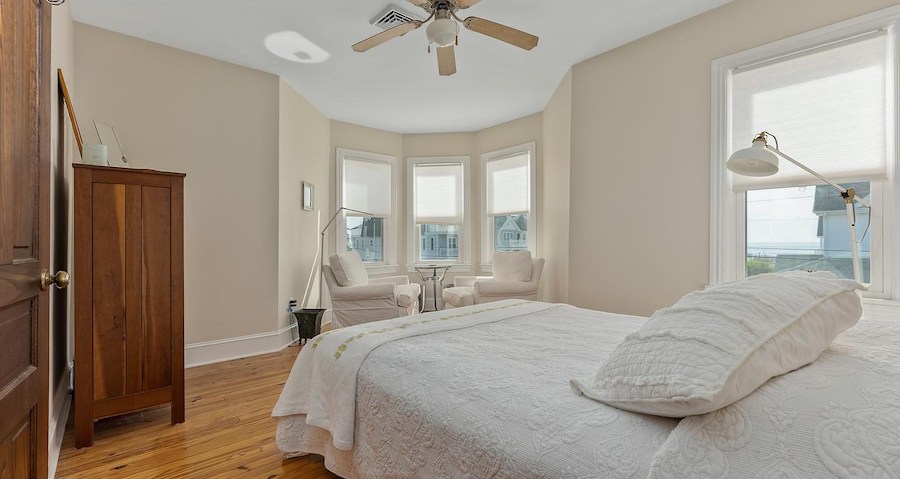 The turret in the primary bedroom offers both sitting space and a perch from which to view the beach.

Granted, this classic Shore house lacks the bells and whistles those newer houses have. If room to host a horde is a must on your list, this house doesn’t check off that box. But it is comfortable, attractive, very well maintained — and in a location that can’t be beat.

To quote an advertisement that’s stuck in the deep recesses of my brain, sometimes “simple pleasures are the best.” This Sea Isle City Shingle Style house for sale offers those. Your kids will certainly cherish them when they grow old enough to buy a fancy Jersey Shore house designed by someone like Mark Asher.

OTHER STUFF: This house also has a built-in one-car garage, outdoor shower, and 850 square feet of unfinished space on its ground floor.