The developer and arts patron offers music lovers a different kind of fall arts-season opener with “Serenade on the Avenue.” 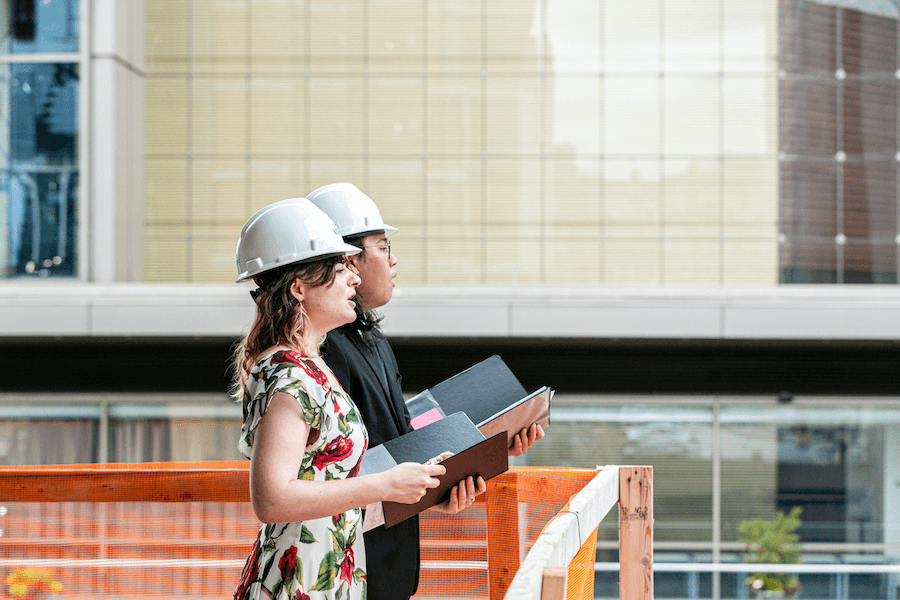 University of the Arts vocal majors Miranda Pilato (left) and Andrew Malabunga rehearse the songs they will perform at the first “Serenade on the Avenue” concert this Wednesday (Sept. 16th). | Photo: Steve Belkowitz

“Fall is typically an exhilarating time of the year here on the Avenue of the Arts,” says Carl Dranoff, CEO of Dranoff Properties. “New seasons begin, there are opening nights, and everyone’s getting ready for the new performances.”

Dranoff should know — the developer and patron of the arts both lives and works on South Broad Street. But the new season this year on the Avenue of the Arts looks a little different. The Kimmel Center and Academy of Music have been closed for months, and local performers have little clarity on when their lives will go back to something like normal. In the midst of this large-scale upheaval throughout the performing-arts world, Dranoff and his construction team building the 47-story Arthaus condominium tower decided to “get creative.”

The result of that creativity is “Serenade on the Avenue,” a series of three pop-up concerts from a one-of-a-kind stage on the unfinished skyscraper’s seventh floor. Each Wednesday-night concert will feature students and faculty from the University of the Arts performing music from different genres: Opera on Sept. 16th, Broadway show tunes on Sept. 30th, and jazz on Oct. 14th, all from 6 to 6:30 p.m.

“We’re trying to bring some normalcy back,” he explains.

AJ Luca, the University of the Arts professor who helped spearhead the concerts, says COVID-19 taught her to “never take live music for granted.” Due to the pandemic, Luca “didn’t play any gigs at all for four months.” Her first time back — outdoors, in the middle of July — she “was just beaming the entire time. It felt like coming home.” For Luca and her students, getting a chance to perform again in a safe, socially distanced venue means the world.

One of those students is Miranda Pilato, performing opera for the first pop-up concert on Sept. 16th. Pilato says this is her first time performing since February — as she puts it, “it’s been so long” since her last performance, she “can’t even remember what it was.” Andrew Malabunga, who’ll be singing with Pilato, says he’s left the house only “four or five times since March.” His Dad works in a New York City hospital, so he knew “the responsible thing was just to stay home.” For Malabunga, the chance to perform outdoors in a safe, socially distanced venue has been “a very refreshing experience.”

All of the performers agree that this concert is special not just because it’s been so long, but because it’s open to everyone. As Dranoff puts it, “Anyone in Philadelphia can stroll down to the Kimmel Center, turn their heads around, and you will see performers up on the seventh floor of our condominium building.”

Neither Dranoff nor builder Intech Construction are strangers to building live performance spaces: Dranoff’s Symphony House condo, one block south, included a new home for the Philadelphia Theatre Company, and his other construction projects include the World Café Live performance venue in University City. But according to Intech co-founder Will Schwarz, “‘Serenade on the Avenue’ will feature the highest stage we’ve ever built,” with amplifiers that allow the sound to travel two to three blocks away. So open your windows or bring a mask and a folding chair and let “Serenade on the Avenue” bring a smile to your day.