The woman who bought this house has a knack for refashioning both spaces and businesses. But she might not have refashioned this one if it weren’t for the coffee. 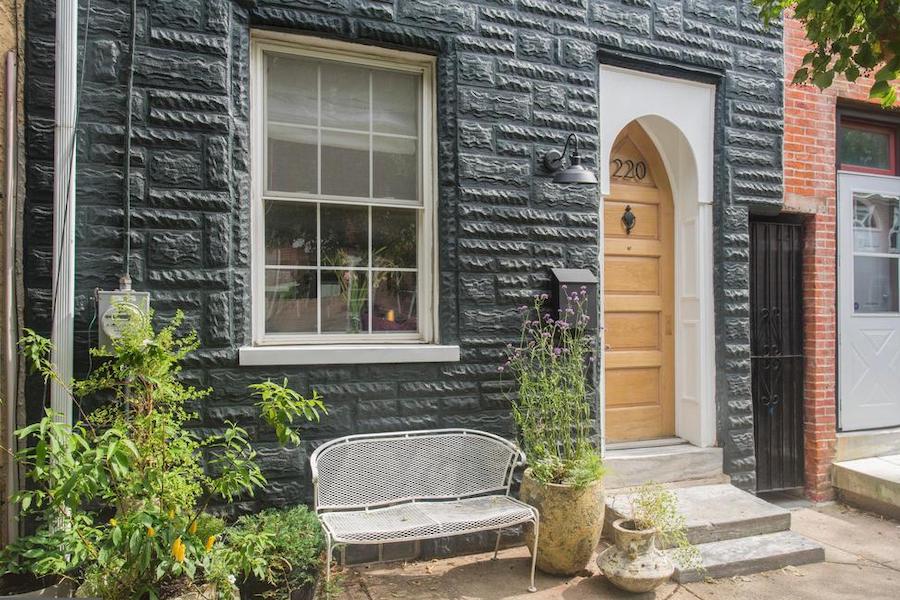 Amazing what some green paint can do, isn’t it? What lies beyond that Gothic Revival front door at 220 E. Thompson St., Philadelphia, Pa., is just as amazing. | Photos: Alcove Media; this photo via Bright MLS and Space & Company, all others via Cohere

Bet you didn’t know that Formstone could ever look this good, did you?

Neither did the designer/marketer/strategist who bought this Fishtown rowhouse and made it her own.

But, as Antoinette Marie Johnson has learned in her years as an urbanist entrepreneur, sometimes you just have to work with the raw material you’re given as you rework it into something more appealing.

“I dislike Formstone, but rather than repoint the brick, which is expensive, I chose to accent the all-wood door with a studio-green paint color,” she says of her redesign job. “Funny enough, we realized how close it is to Eagles green when we popped open the can.” (Her chef-boyfriend Erik Oberholtzer assisted with the renovation.) “We had a lot of fun chanting E-A-G-L-E-S as we painted it.” 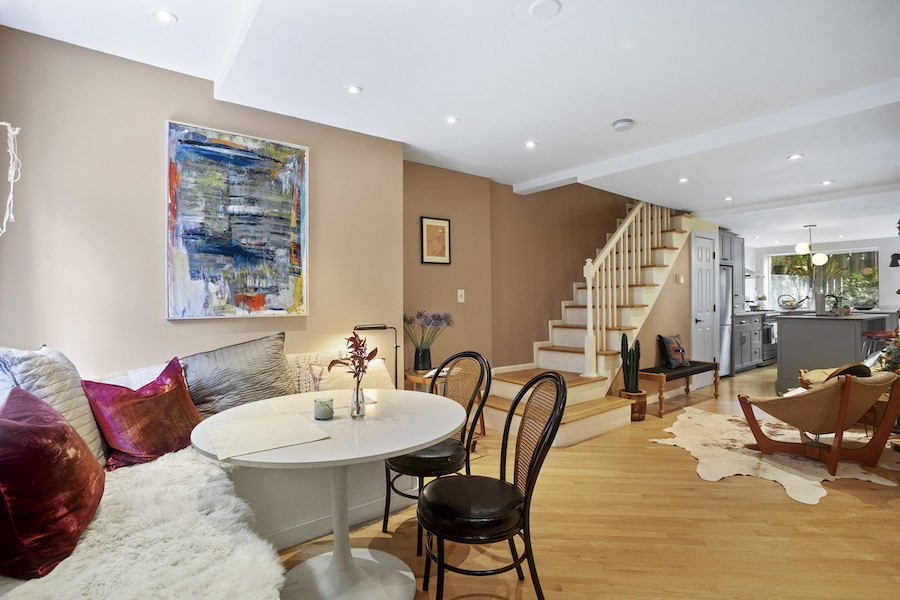 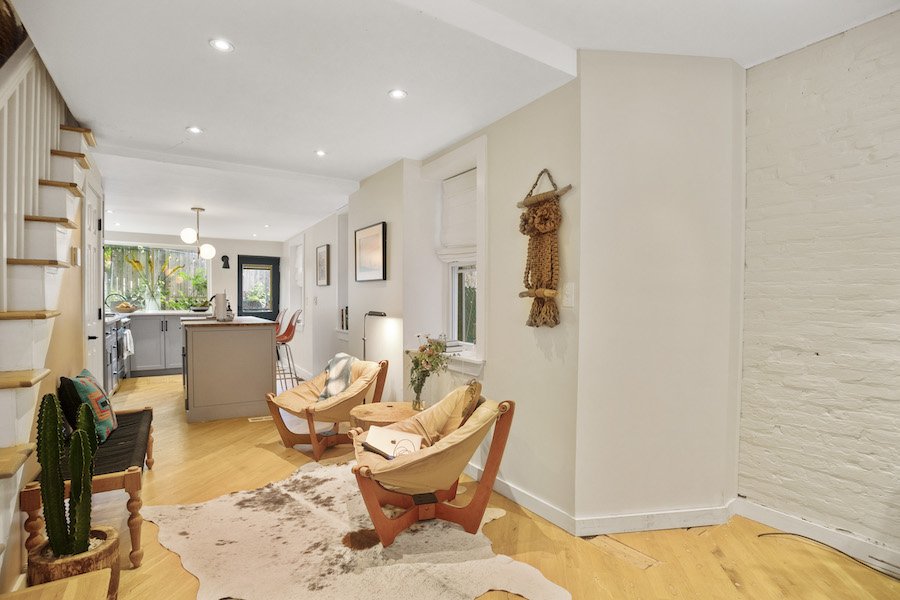 Living area; the space can be configured to suit 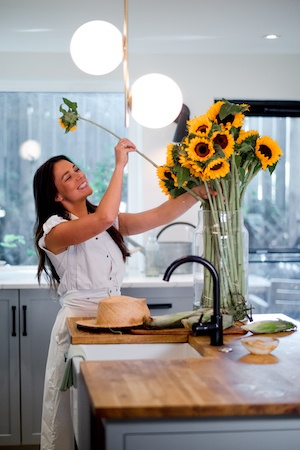 Johnson has made a career of image polishing and space reshaping ever since she founded At Media, a marketing and branding firm, in the mid-2010s, then transforming it into Cohere, the ever-evolving branding-marketing-placemaking-design enterprise with offices in three cities, a few years later. (Full disclosure: Johnson and I met at an amenity space unveiling in 2014, and we’ve been fans of each other since.)

Even though you will find two men on the Cohere team, the company today is actually an example of what happens when you get a bunch of very smart women, put them together in a room, and get them to thinking about the character of a business or space. Cohere has produced several dynamite spaces in this town, including HipCityVeg, Harp and Crown, Alimentari at DiBruno Bros. Rittenhouse Square, and most recently, The Viaduct, an outdoor event/gathering space beneath the Rail Park viaduct and just down the street from Cohere’s headquarters in Callowhill. 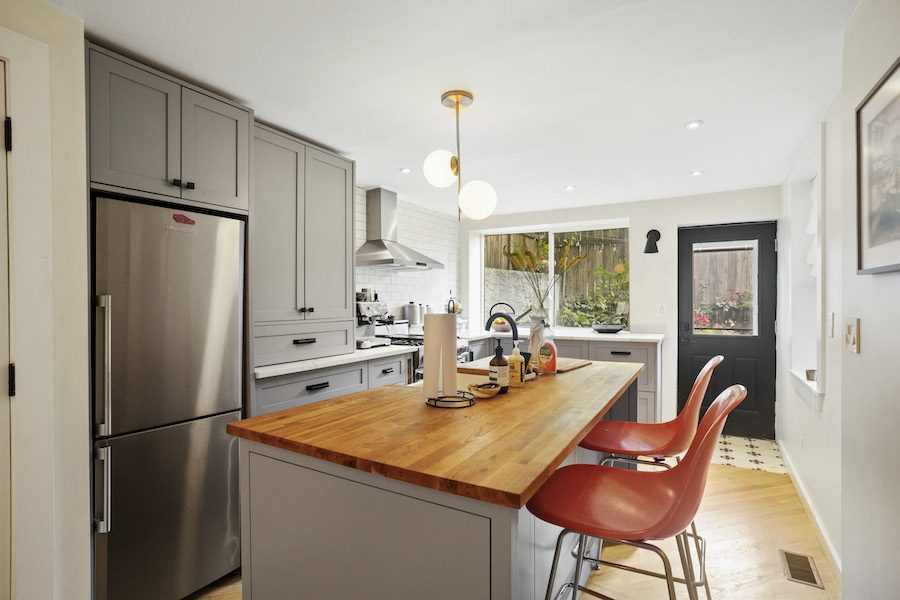 This renovated Fishtown rowhouse for sale is an example of what happens when you turn one very smart woman with a good eye loose on a single space.

“I bought the house in November 2016 after helping some friends open Mulherin’s [Wm. Mulherin’s Sons, the bar-restaurant-hotel that bought the former distillery of that name at Front and Master streets back to life] and fell in love with Fishtown,” Johnson explains. ”The smell of the La Colombe wood fire stove on a crisp day and the classic Fishtown Tavern across the street were elements of Philly that warmed my heart.” 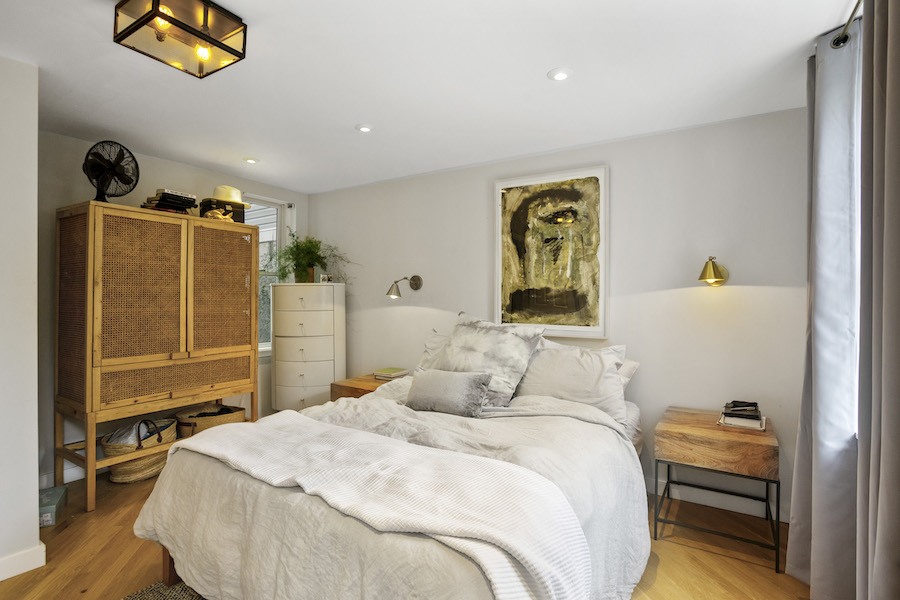 This might be as good a place as any to note that in addition to looking great, this house’s location can’t be beat. You’re three blocks away from Mulherin’s, two from the Front Street Cafe, a short walk from Riverwards Produce and just around the corner from Fishtown’s lively Frankford Avenue, with its many shops and restaurants. You should be able to wake up and smell the coffee being roasted at La Colombe’s flagship from here.

Now let’s get back to that house. Johnson poured four years of sweat, elbow grease, money and imagination into remaking this house into a comfortable, rustic-yet-modern space that’s also a showcase for the work of local artists, designers and craftspeople. The JK Lockerby woodworking studio at BOK, for instance, did a lot of the woodwork and cabinetry you see in these pictures. 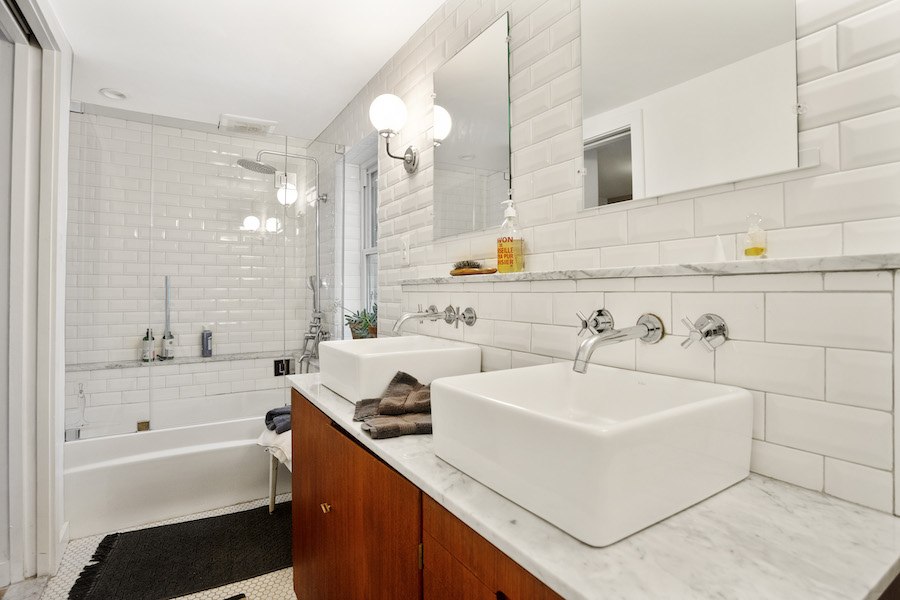 But Johnson also went further afield to find some of the elements of this house. The light fixtures you see throughout the house, for example, come from midcentury modern lighting design studio Cedar & Moss in Portland, Ore.

Combined with recycled items like the restored midcentury modern vanity from Port Richmond’s Midcentury Furniture Warehouse, the other modern and traditional elements in this house’s design give it a chic yet comfortable appearance. Its open main floor makes it versatile for both family life and entertaining, and windows on three sides fill it with light. 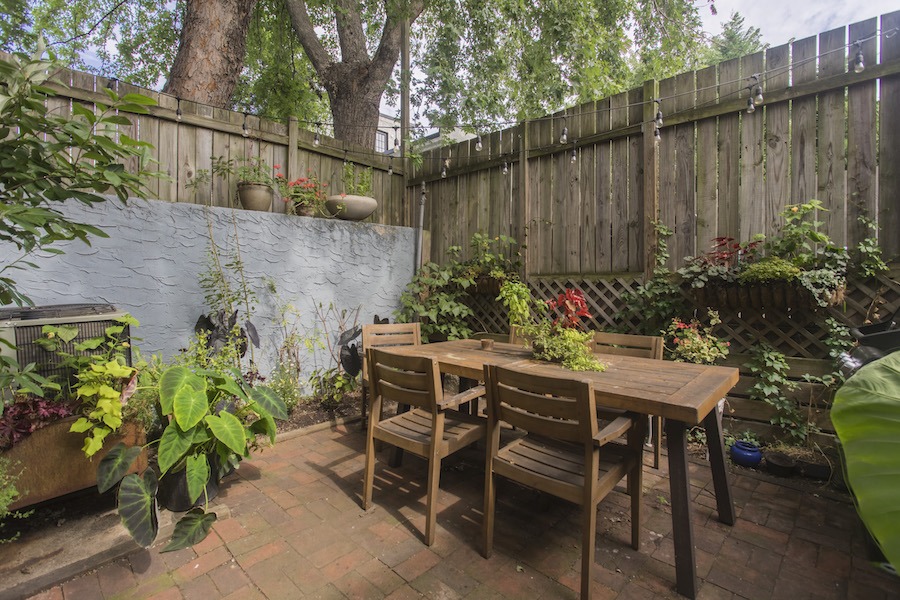 And best of all, Johnson designed all this to be priced within reach. “I wanted it to be high quality but not a high price tag,” she says.

Johnson is offering this renovated Fishtown rowhouse for sale now because her boyfriend runs the Tender Greens chain of fast-casual restaurants in New York and needs to be closer to his work than Philadelphia. So they’re looking in and around Princeton, of course, for the same reason the presbyteries of New York and Philadelphia decided to put a college there in 1746.

I hope to join them for a meal once they find a place in Princeton that they like. In the meantime, you can snag a house with all the pizzazz of one of those Fishtown restaurants for a price that will leave you with plenty of money to dine in them.

OTHER STUFF: The house comes with plans for an addition that you could build; building it would bring this house in line with other neighboring properties in total interior space and allow you to turn the third floor into a full owner’s suite.