On the Market: Simple Colonial in Glenside

Like many Colonials built during the Art Deco/Moderne period, this one strips the popular house style down to its essentials. And it gets the essentials right. The center-hall Colonial, stripped to its essence, became popular as the Great Depression gave way to World War II. This specimen from 1940 can be found at 639 Twickenham Rd., Glenside, Pa. 19038 | Bright MLS images via Keller Williams Real Estate

Reader Tim Dolan of Glenside asks, “How does one go about getting their modest house for sale on your radar?”

Well, sending an email like that one doesn’t hurt. And having an attractive and well-kept home helps too.

After all, not everyone out there house-hunting right now is looking for a faithful reproduction of a Georgian mansion, a knockout contemporary house or a deluxe apartment in the sky.

There are some people who just want a nice and nicely outfitted house in a decent neighborhood. This 1940 Glenside Colonial house for sale is for them.

1940 is an interesting year, both historically speaking and design-wise. Historically speaking, World War II was already raging in Europe, and some Americans knew the country would have to enter it, but not everyone was ready for that yet; the wakeup call would arrive on Dec. 7th of the following year. Architecturally speaking, the relentless march towards modernity (and Modernism) that produced the Art Deco style popular in the decade just ended was now morphing into something less exuberant but no less streamlined. The World’s Fair that began the year before and was continuing that summer would make that stripped-down style I call Moderne more popular as well.

That streamlining trend even found its way to that house type beloved of Philadelphians, the center-hall Colonial. Mid-range Colonials built on the eve of World War II lack the gimcrackery and heft of their predecessors built between 1900 and 1930; instead, they appear to want to strip the traditional house style down to its essentials.

Which is what this modest Glenside Colonial house for sale did when it was built. 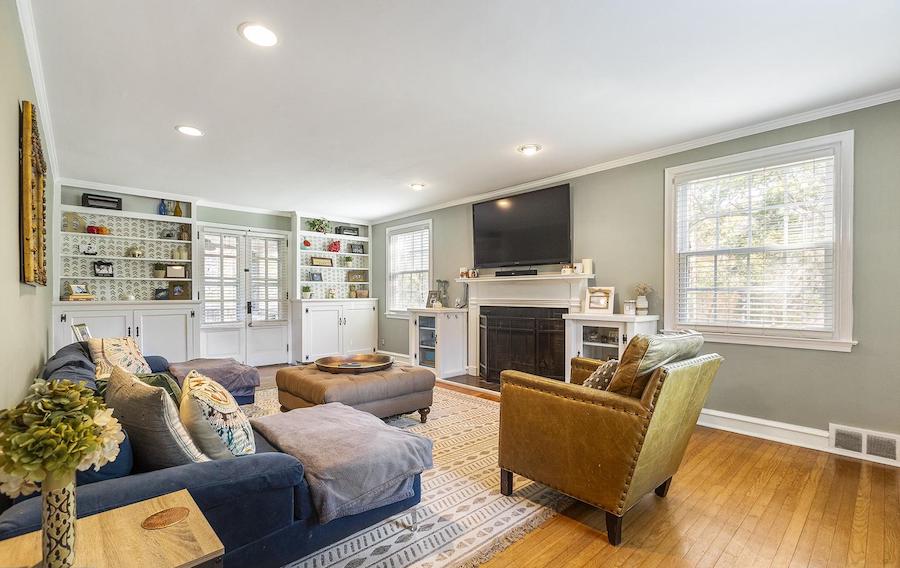 Both the living and dining rooms ring the right changes: built-in bookshelves and a wood-mantled fireplace in the former and a chair rail in the latter. The dining room’s shallow bay window is a more modern design element. From the foyer, a corridor stretches through the house’s rear wing leading to the mudroom and attached two-car garage. To the left of this corridor and behind the dining room lies the space that contains the breakfast room and kitchen. A peninsula that holds the kitchen range separates the two spaces. The appliances in the upgraded kitchen may not reflect current fashion — there’s only one stainless-steel one in the bunch — but the white fridge and range along with the light granite countertop make this space exceptionally bright. The gas range also has a feature commonly found only on pricier cooktops: a vent fan that sucks the fumes downward towards the back. 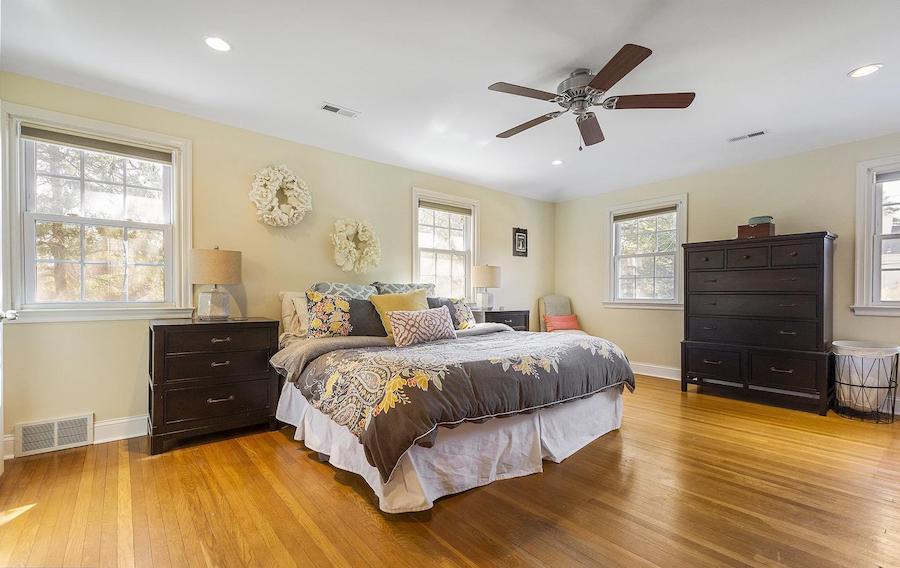 Speaking of upgrades, all three of this house’s bathrooms have also received recent makeovers. The bedrooms are also up to date, and the master is extra spacious. 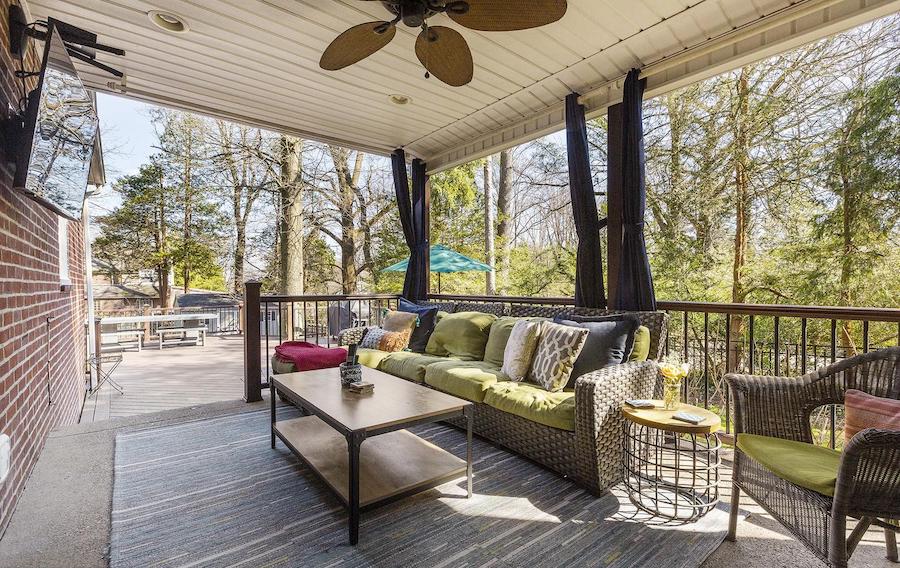 So is the outdoor entertaining space nestled in back of the main and rear wings. A raised covered porch combines with a wood deck to offer plenty of room and opportunities to enjoy the outdoors even when the weather isn’t as nice.

And this house sits on a very attractive corner lot in Glenside’s Twickenham Village section, not far from the community’s commercial center and Regional Rail station. Arcadia University is also close by, and Chestnut Hill’s upscale business district is a short drive down Willow Grove Avenue from here.

So, whaddaya say, house-hunters? Basic and beautiful has its appeal too, doesn’t it? If you agree, get in touch with the listing agent.

OTHER STUFF: And if the indoor and outdoor spaces aren’t big enough for the way you want to entertain, you could convert the unfinished basement into a media or rec room.