Your real estate agent will find you a great house, but what if it’s in a town you won’t like? That’s where the “Suburban Jungle” consultants come in. 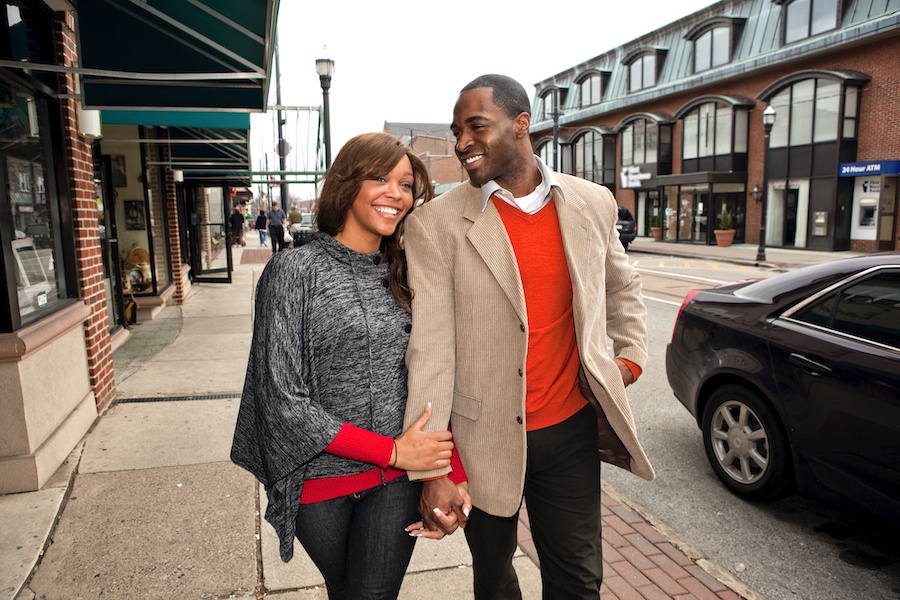 There’s something for just about everyone in the hundreds of communities that make up the Philadelphia suburbs. Where’s your suburb? Suburban Jungle will help you answer that question. | Photo: Zave Smith Photography via Getty Images

Let’s say that you’re one of those people with a literary bent: You love to talk about books and ideas and you spend hours reading and chatting with friends in coffee shops. You do yoga regularly to stay fit, you love dining adventurously when you dine out, and you drive an uber-green Toyota Prius.

And let’s say that you’ve been house-hunting in the suburbs for a few months now, and you’ve done your homework: You’ve identified several communities within easy commuting distance of your job. You’ve checked out their schools, and they meet your desires. You’ve even found several houses you like that you can afford in these places. You call your agent, who enthusiastically recommends you a house in another nearby community that checks off those boxes.

Then you move in, and you find that there’s no good bookstore there. You can’t find a decent yoga studio nearby to save your life. The closest coffee shop is a Dunkin’, the only good restaurants in the center of town are pizzerias, and everyone drives ginormous SUVs everywhere.

Whoops! You left out what may be the most important part of your house search: Will the community you’re moving to be a good fit for you?

A new service just launched in Philadelphia can answer that question for you.

Called “Suburban Jungle,” the free service offers homebuyers knowledgeable guides who can steer them to the town or neighborhood that’s right for them.

Suburban Jungle is the brainchild of a Midwesterner-turned-New Yorker named Alison Bernstein. She got the idea while she was studying for her MBA at Columbia University and living with her husband in Manhattan.

“New York City has some 500 towns within commuting distance. We were the first of our friends to consider moving out, so we had no knowledge of what the towns were like. And your friends and the real estate agents all have ulterior motives when you ask them for recommendations.” Agents, she explains, really want to sell you houses in a certain community, while friends may want to steer you away from a place they think may be getting too overrun with others. 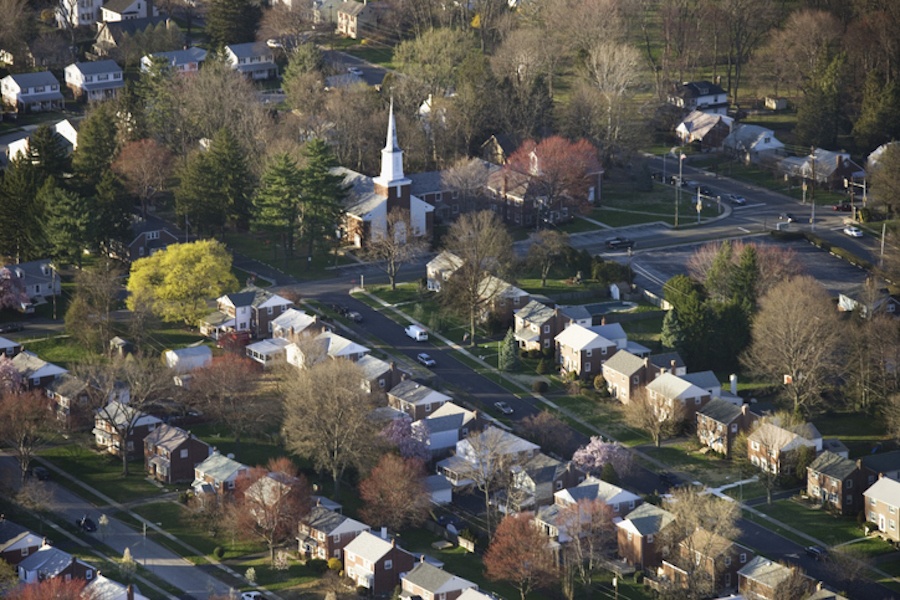 Many Philadelphia suburbs have streets that look like these in an unidentified Philly suburb. But maybe you had something more “country” in mind? | Photo: Thinkstock via Getty Images

Suburban Jungle has neither agenda; it’s not a real estate brokerage, nor is it tied to any specific community. Instead, it’s a free service that helps you learn about those many intangibles that make communities what they are.

Clients who contact Suburban Jungle for advice get paired with a strategist who interviews them about their lifestyles, tastes and preferences as well as the things they would like in a community. The initial interview can take place online or over the phone.

“We give [prospective buyers] the information they want to know before they buy a home in a given suburb,” says Jodi Bloom, Suburban Jungle’s Philadelphia-area strategist. Bloom is a Main Line native who grew up in Wynnewood, moved to New York, then moved back here 15 years later. All of the people who work for or with Suburban Jungle live in the areas and towns they provide advice on.

“As the strategist, I give them the macro view of the region’s towns and communities — what the commutes are like to Center City or the airport, where the walkable towns are, insights into the schools and school districts. I know the property tax situations, which towns are spread-out and which are closer together, and more importantly, the vibe of the communities.

“I then provide them with locals who know what it’s like to live from day to day in these towns. They know the details: Where are the best nail salons? What are the best stores? Is there parking at the train stations? Which schools have the most interesting extracurricular activities? Is there lots of traffic when picking up kids from school?”

The school advice is one of those things that makes this service especially useful. The online school-rating sites may have test scores, data and parent testimony, but they can’t really tell you what it feels like for your kids to attend, or for you to interact with, one school or another. Bernstein notes that some parents might prefer that their children attend a school where not everyone is a pressure-driven striver or achiever. “Nobody’s going to tell you they want underperforming schools for their kids, but people have different expectations,” she says. “They may be all Type A, or they may be more laid back.”

Jodi describes Suburban Jungle’s advising as a two-stage process. “We strategists give them the information they want to know before they buy a home, and the locals give us the information clients can use to figure out things like, ‘We can get A and B in this town, but we can’t get C.’ 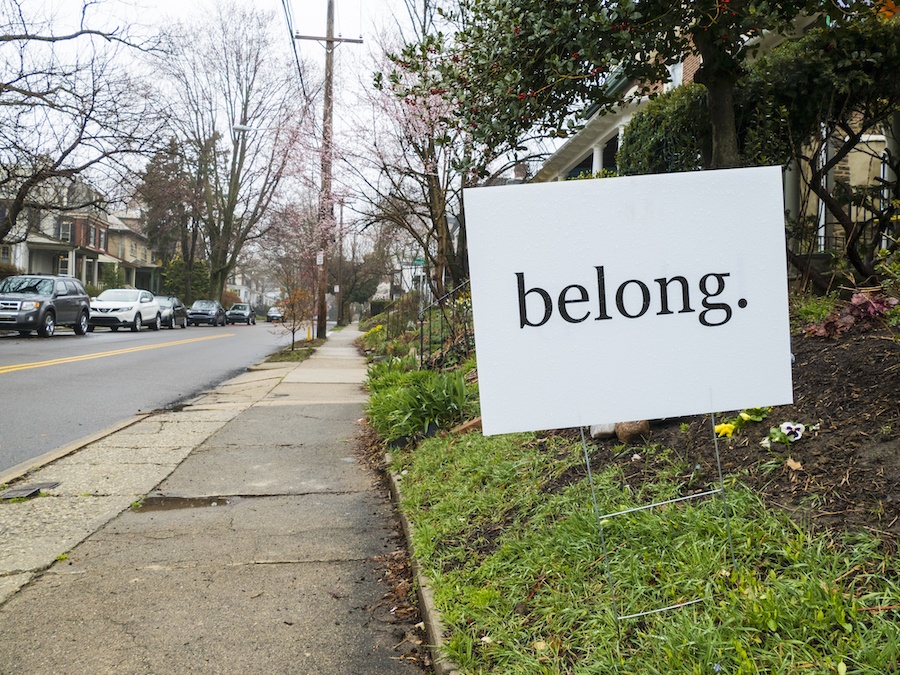 Suburban Jungle’s ultimate goal is to find you a place where you can do this. | Photo of yard sign in Chestnut Hill, March 2020: Michael Penn via Getty Images

The process begins much like an initial counseling session might: with lots of questions about the homebuyer in order to gauge what type of person they are. Will they want to hire a nanny or au pair to look after the kids, will they want to use a daycare facility, or will one of the parents care for them at home? What do they like to do on the weekends, head for the beach or grill in the backyard?

After answering these questions, the strategist comes up with recommendations for several communities and sends them to the client along with the names of local residents who can give them detailed information and real estate agents they can turn to for house-buying advice.

“It’s sort of like giving them best friends before they move,” Bernstein says.

And, she adds, all the locals and partner agents are thoroughly vetted before being brought on board. “We do a lot of interviews and make sure they’re the right fit. We want to make sure that the local is a good representative of the community they are in.” Similarly, “we don’t have agencies that we work with exclusively; we want the right agent for that community. They may not be the top-performing agents, but they have a record of success in that community.”

Philadelphia is the 11th city Suburban Jungle has set up shop in. From New York, the company has expanded to cover the suburbs of Austin, Boston, Chicago, Dallas, Los Angeles, San Francisco, South Florida (Miami and Fort Lauderdale) and Washington, plus the Hamptons on Long Island as well as Philly. A sister outfit, Urban Jungle, covers only the five boroughs of New York City so far.

“It’s a genius idea that fills a void in the market,” says Bloom. “We deliver value to the buyers at no cost to them. I’ve talked with a lot of buyers who say, ‘We really could have used that service when we were looking for a house.'”