George Washington didn't sleep here, but his troops did camp out on the grounds of what one of their commanders called "The House of Complacence." A sensitive 2002 makeover updated its features while saving its soul. 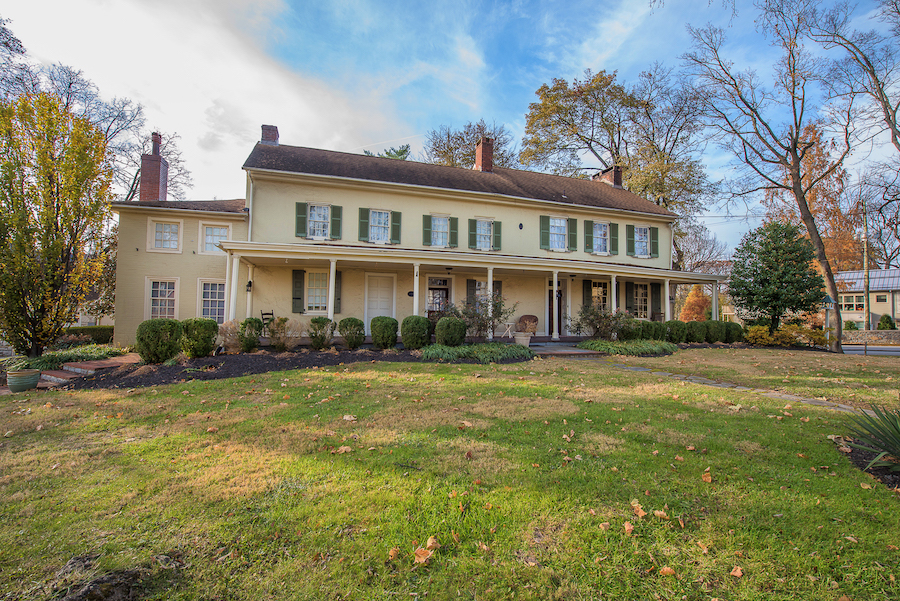 “George Washington slept here” is perhaps the biggest cliché one can dust off to give one’s place some historical cred hereabouts.

In the case of this house for sale in Plymouth Meeting, however, the cliché is true, after a fashion.

Washington’s troops camped out on the grounds of this house on their way to Valley Forge for the fateful winter encampment of 1777-78. Their captain referred to this place as “The House of Complacence.”

Fortunately for you, the owners of this National Register-listed house have been anything but complacent about maintaining it in a historically sensitive fashion while updating it for modern tastes and demands.

Before showing you how, though, let’s give you a little more of its pedigree.

As the photo above should make clear, the main house consists of two distinct structures: the original house, which was built in 1739, and an addition tacked on in 1788 by a gentleman named Nathan Cook. Cook, who had lived in Upper Merion, probably purchased this house sometime around 1784, when he married one Elizabeth Butterwack of Whitemarsh at the Plymouth Friends meeting house in June of that year. (Montgomery County would be carved out of Philadelphia County later that same year.)

The Livezey family purchased this house in 1820, whereupon it remained in their hands for the next century. Helen Livezey operated a tea room called “Pleasance” for a while in what are now living quarters.

Save for the information about the marriage, all of this can be found on the plaque its current owners, a couple by the name of Beletz, posted on its front lawn in 2002, the year they extensively renovated and updated it.

Now let’s see how good a job they did. 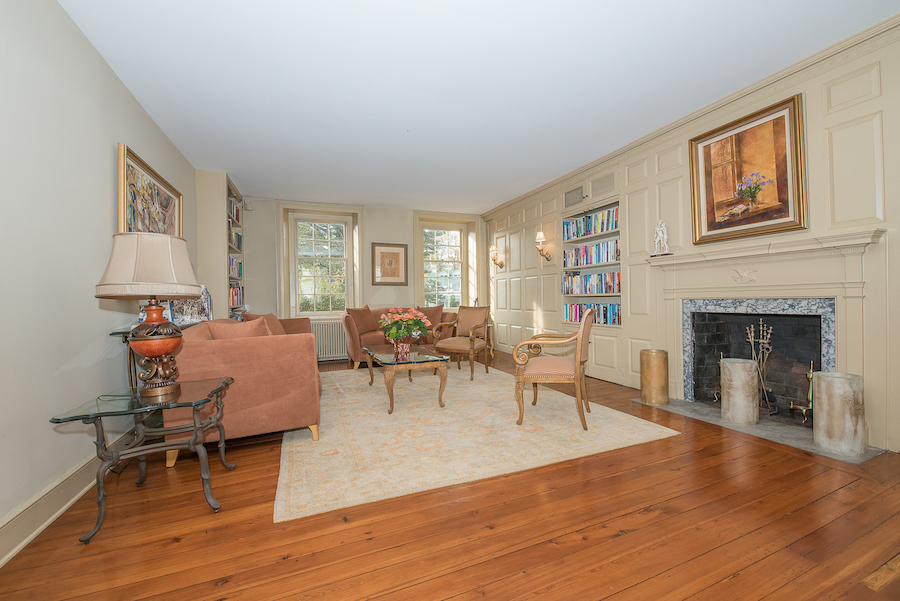 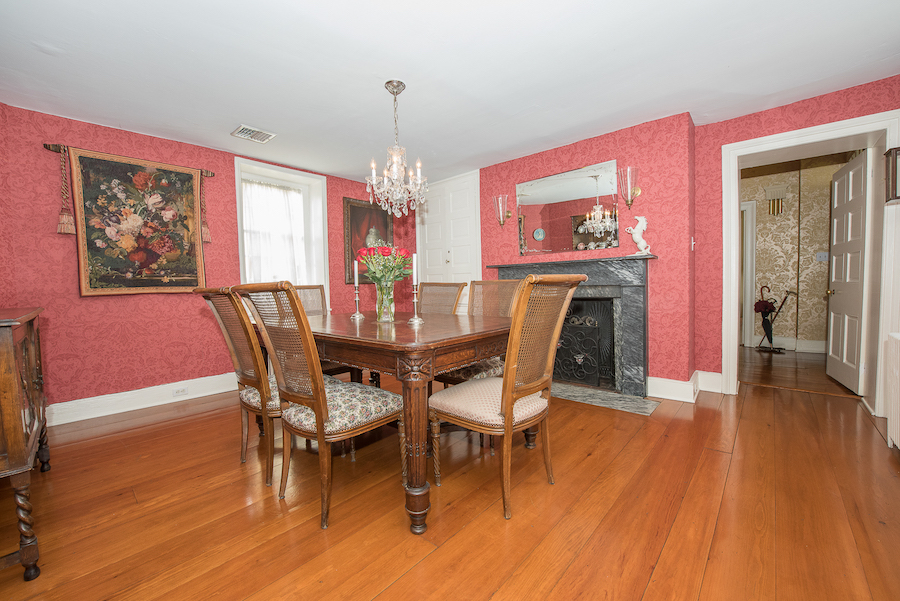 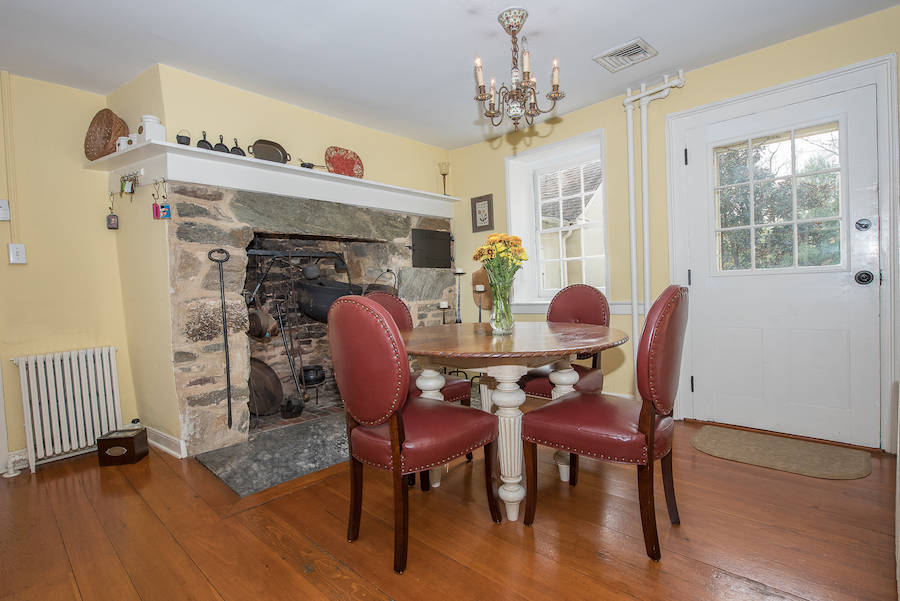 All of this house’s seven fireplaces have been well maintained. The original kitchen hearth fireplace with two bread ovens survives in its dining area. 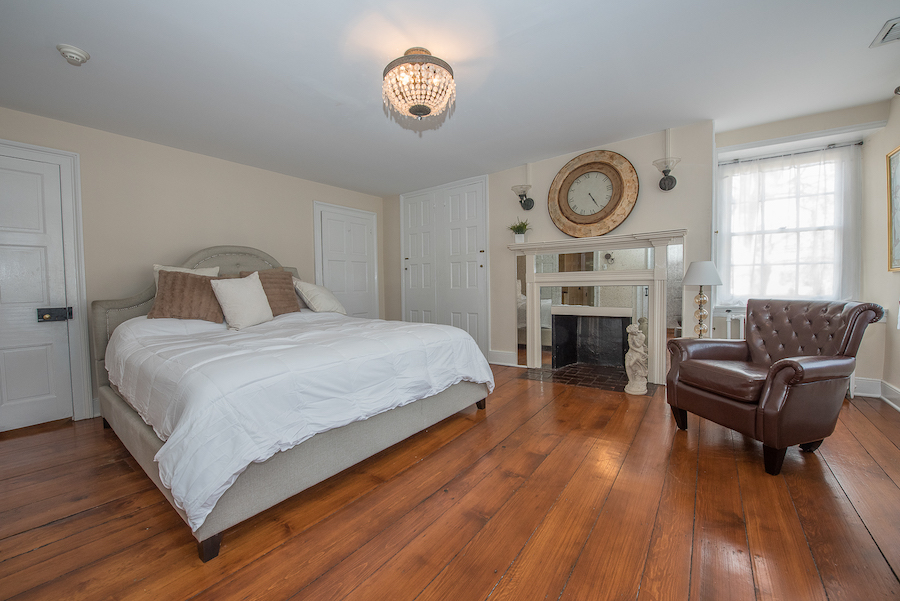 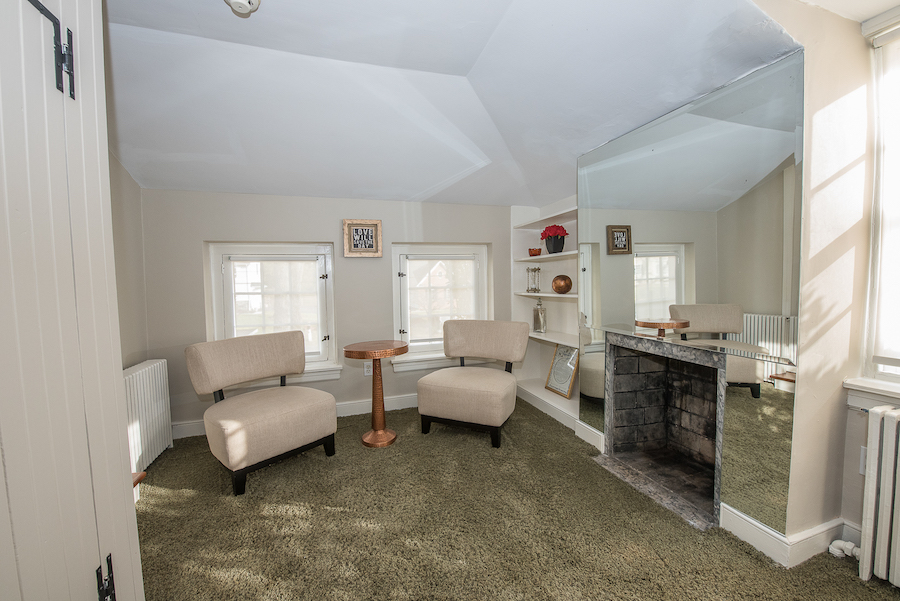 The fireplaces in two of the bedrooms — the master is pictured in the top photo above — got mirrored surrounds, though.

Aside from those mirrors, even the more modern changes the owners made to this place respect its Colonial and Early American pedigree. 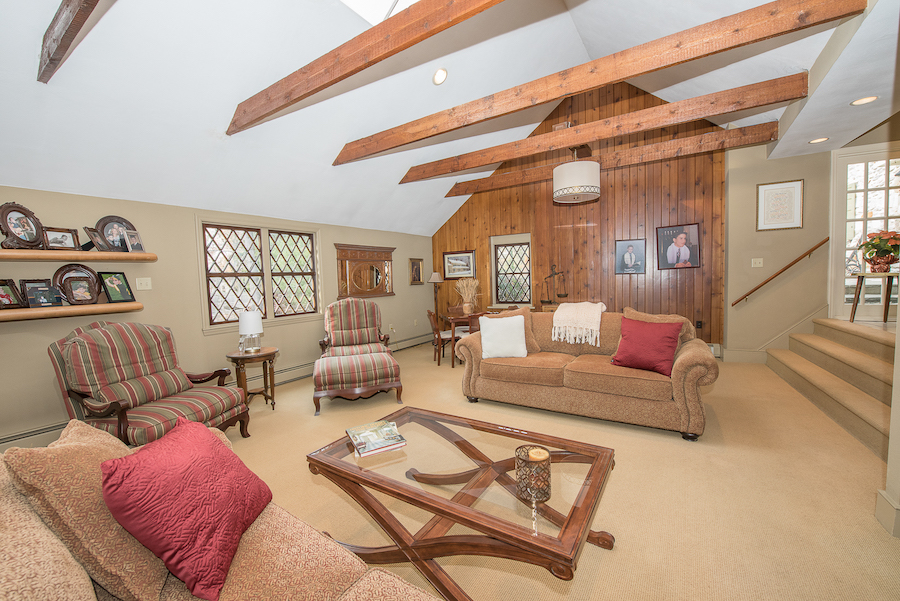 That includes the great room with its beamed vaulted ceiling and original stone wall. 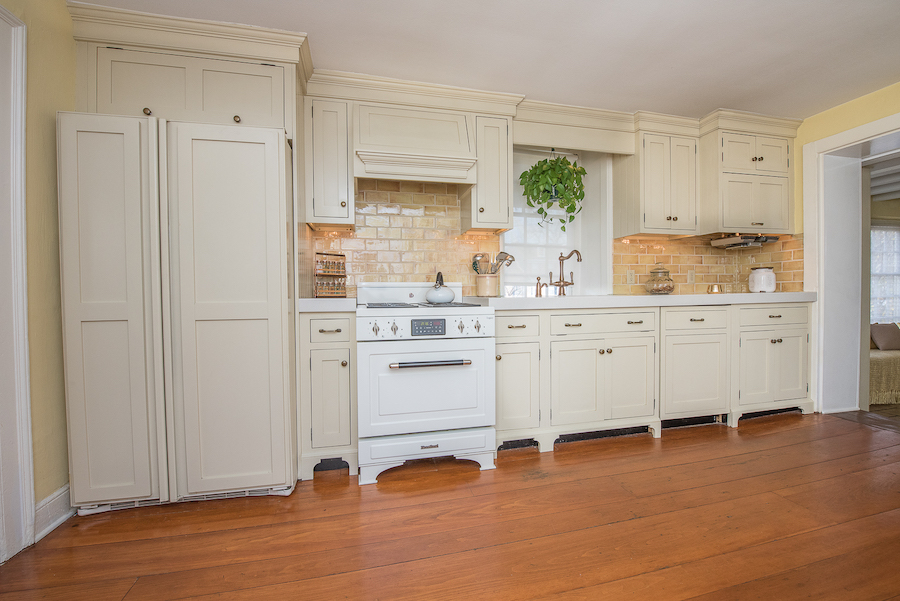 The new vintage-looking Heartland Legacy range in the kitchen is also a nice touch. 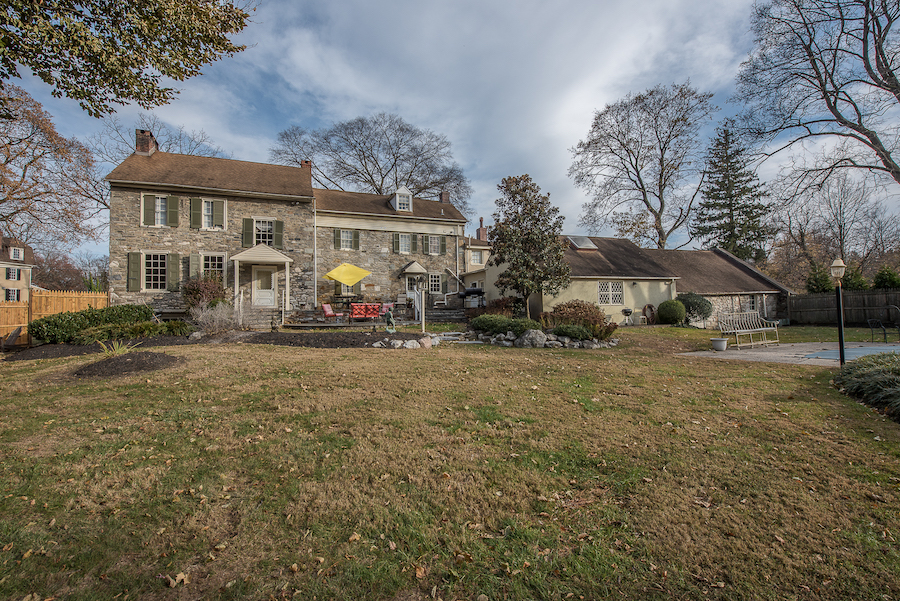 Another nice touch the Beletzes added is the backyard makeover that gave it a patio, pool, stone fireplace and half basketball court.

If you’re looking for a place to make history of your own, you could hardly do better than this gem.

OTHER STUFF: In addition to an attached two-car garage, four cars can park in this house’s driveway.