"Unique" doesn't even begin to describe just how unusual this very spacious suburban manor in the city is. It's filled with handcrafted quality and built to last. (We just hope it does.) 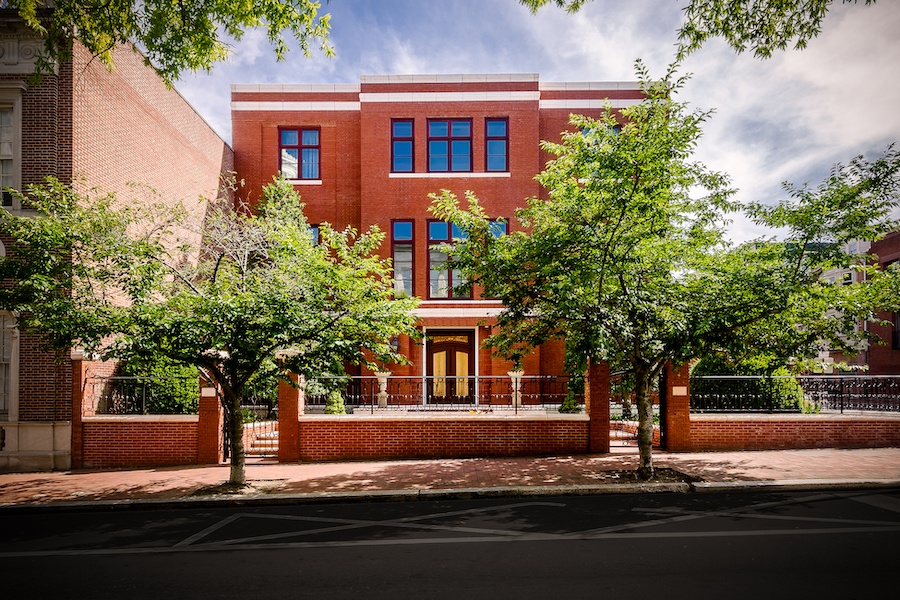 If you live in Center City and patronize the Ritz Five movie theater, I’m sure you recognize this one-of-a-kind house for sale, for it lies on the way to the theater from all points west. Unless you come from Old City, Penn’s Landing or Society Hill itself, you’ve probably walked past it on the way to the movies hundreds of times.

If you’ve lived here for more than 20 years, you may also recall seeing this mansion rising from the dirt in the early 2000s.

What you probably never have seen, unless you’re fortunate enough to be a friend of its owner, is its inside.

Take a good look at these photos, then, for you may never get to see the inside again after this. 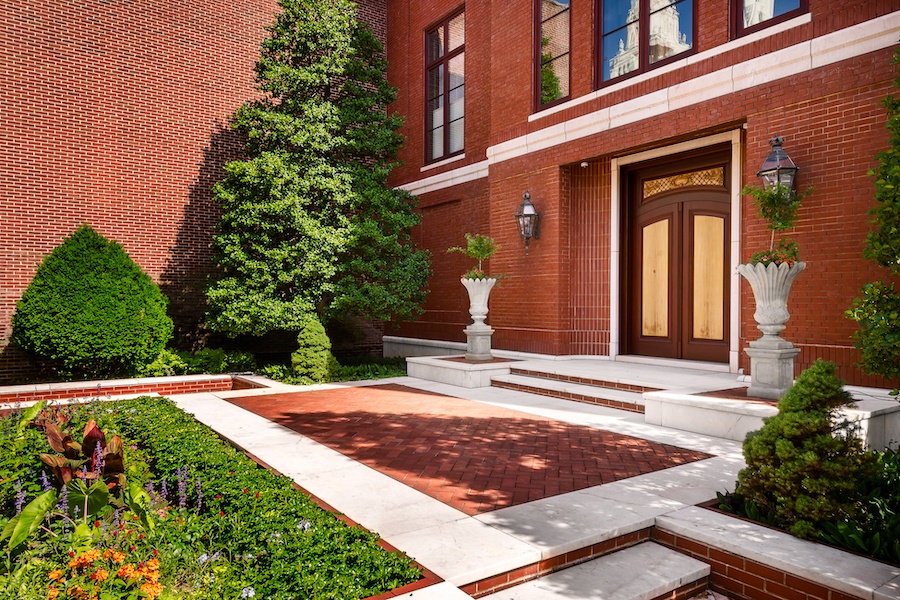 The product of a search for a shorter commute

This truly unique edifice came about because one successful executive decided he wanted a shorter commute — not to his job, but to all the fun things he liked to do.

“We had a house in Crestmont Farms [an affluent neighborhood along Poquessing Creek in the Far Northeast] for 20 years,” says the owner, semi-retired logistics firm owner Anthony Cerone. “But we would constantly come into Center City for dinner. Finally, one day, my son said to me, ‘Dad, why don’t you just move down there? That would be easier.'”

Cerrone saw the logic of his son’s advice immediately. Then the hard part began.

“We made a list of what we were looking for,” he says. “We wanted security, we wanted parking, and we wanted it to be close to our church.”

Cerrone and his wife looked at every high-end property between the Delaware and 10th Street from Race to Bainbridge and couldn’t find one that had everything they wanted. So they decided that instead, they needed to find a neighborhood they liked and then find a place where they could build what they wanted. 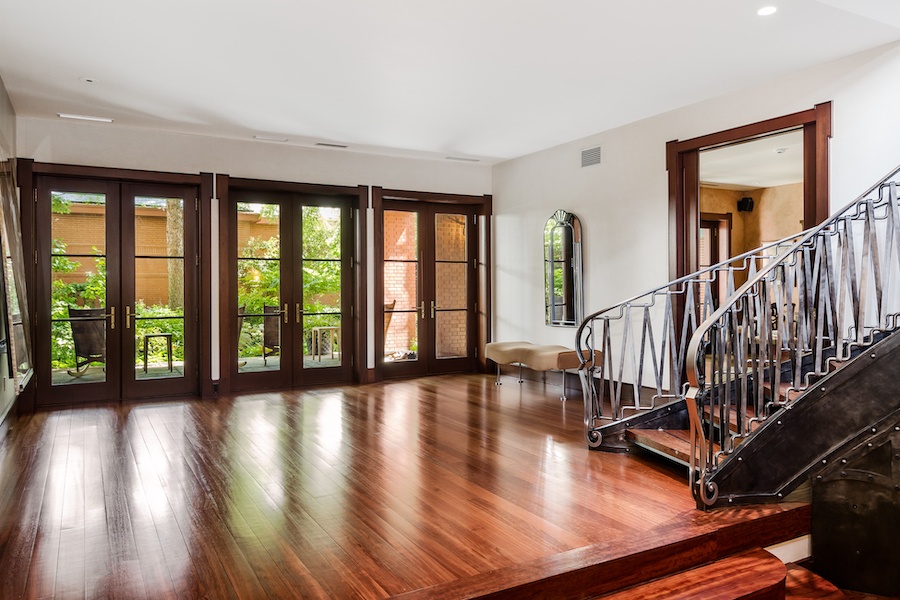 “He gave us a number and we wrote him a check”

They eventually found a parking lot at the southeast corner of Third and Walnut streets, at the other end of the block containing the Ritz. “We knew it was owned by [Ritz owner] Raymond Posel,” he says. “We asked him what he was willing to sell the property for. He gave us a number and we wrote him a check.”

It turned out that the lot they bought once hosted the house belonging to the first Treasurer of the United States. You might note, however, that no state historic marker commemorates this. That might have disrupted the privacy the Cerrones sought. 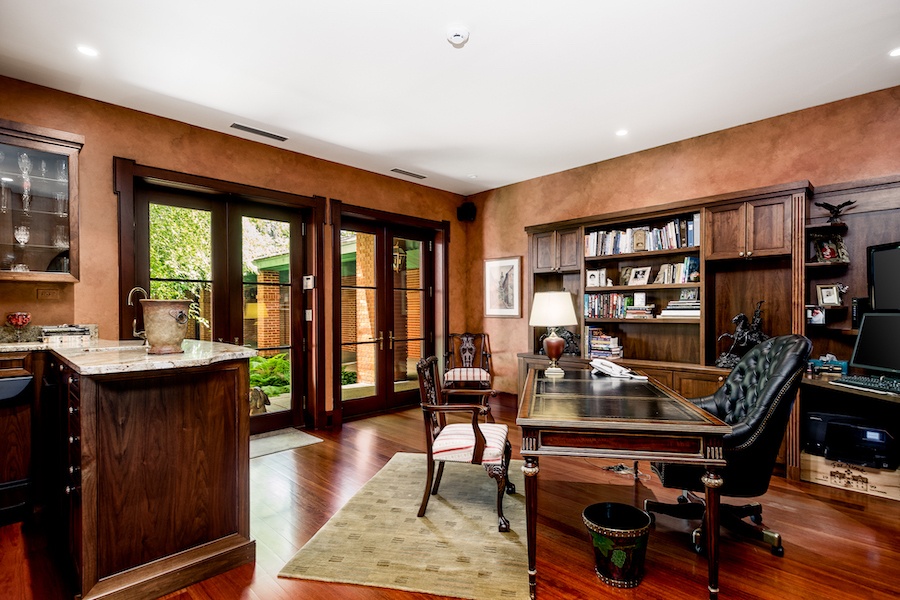 For it turns out that what they wanted is a tricky proposition: Suburban quiet, suburban greenery and suburban parking, yet right in the middle of a historic urban district. This required some wrangling with both the house’s future Society Hill neighbors and the city Historical Commission.

“We wanted something that was conducive to the neighborhood,” Cerrone says. “We went through seven different committees, and we built a model to show everyone how it would fit in with the neighborhood.” One member of one of those neighborhood committees wanted the house to sit right on the Walnut Street property line, something the Cerrones didn’t want. Fortunately for them, the committee agreed with their vision of a house with a garden in front.

They definitely got what they paid for…

The Cerrones were in the enviable position of being able to build the house to meet every one of their desires. The house Lancaster-based architect David Lynch designed for them is quiet, thanks to an inch-and-a-half air space between the cinderblock outer walls and the metal-framed inner ones. This gap also allows the house’s geothermal heating system and air conditioning to function more efficiently. And the use of cinderblock walls, real brick facing and steel support beams means this house is built to last. 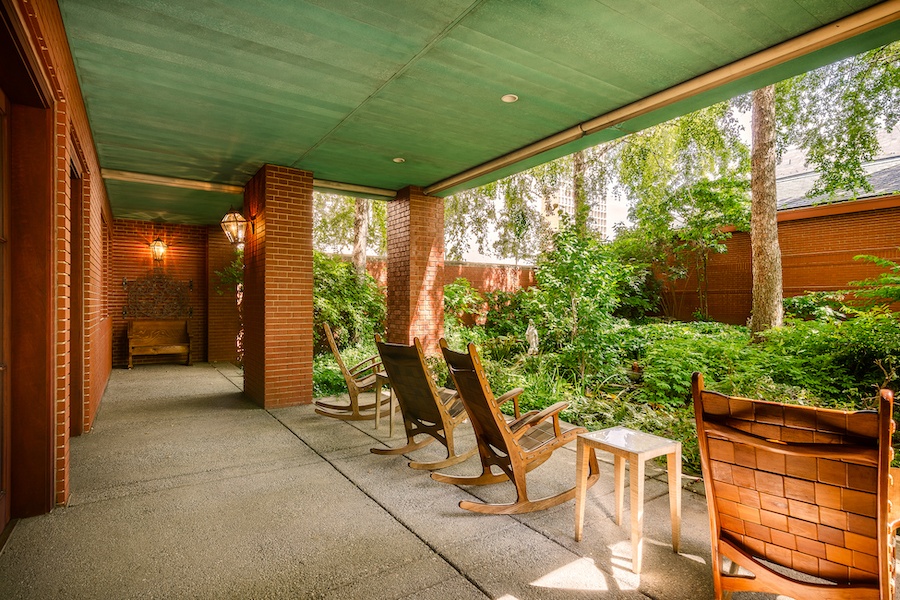 The greenery comes in the form of a landscaped forecourt and a forested rear patio. A garage at the back of the lot holds five cars with no interior support columns (steel beams and cinderblock walls hold everything up here too). A loggia connects the garage and the house.

The house itself definitely plays nice with its Society Hill neighbors yet departs from the Federal architecture of its surroundings. In its design, it recalls no era as much as the Moderne period, the 1940s transition from Art Deco to modern architecture.

…and they paid for what they got

Cerrone was willing to spend what he needed to to get what he wanted, and it shows: “We had no budget and we went over budget,” he says. 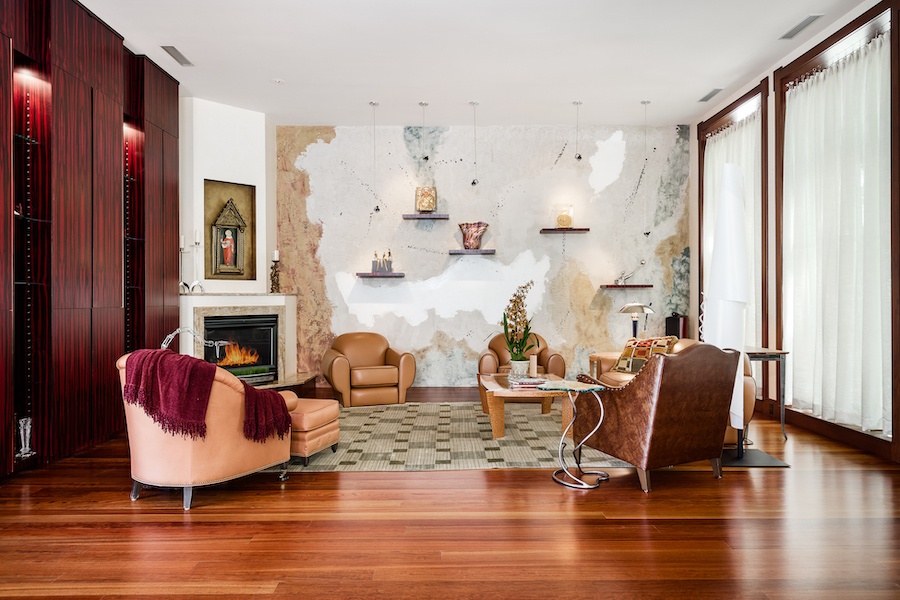 For instance, take the Bubinga hardwood floors found throughout the house. “We had the wood custom-sawed,” he says. “Instead of cutting it for maximum yield, we had it cross-cut so the stripes in the wood would be revealed.” 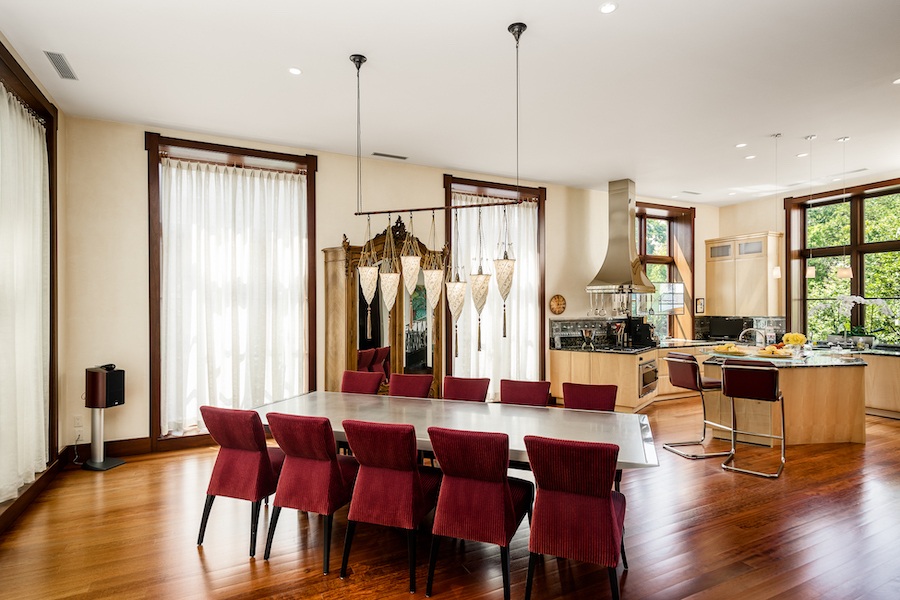 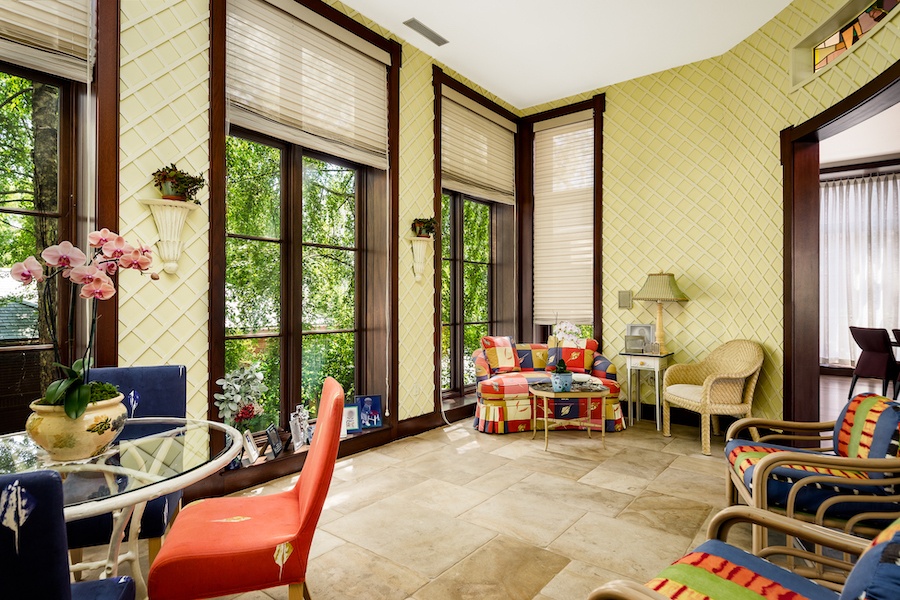 The elevator connecting the house’s four levels was also a custom job. “I didn’t want one of those closet elevators where you get two people in it and it feels claustrophobic,” he says. So he had a larger elevator that can support more weight installed. 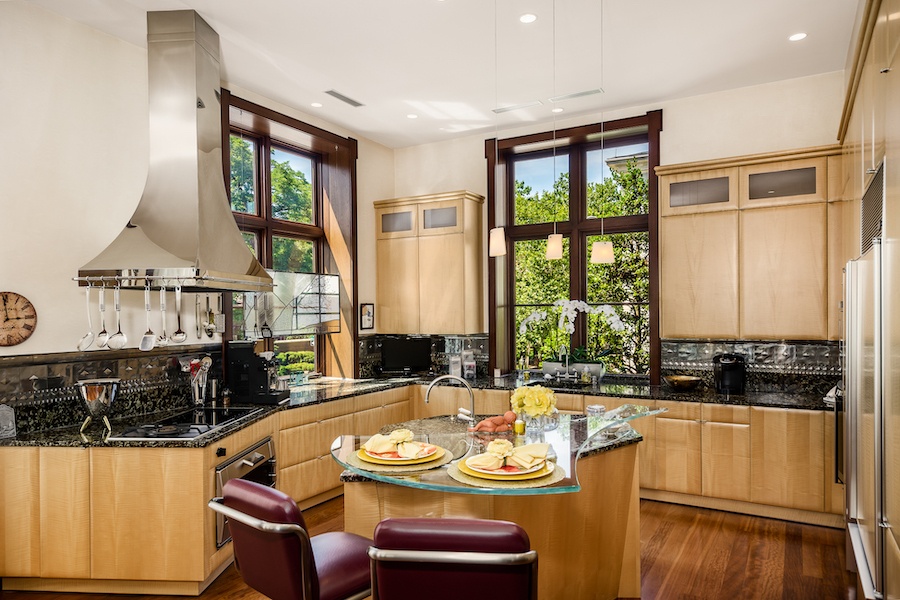 Then there’s the commercial-grade kitchen with its extra-large oven and handcrafted cabinets, the hammered-copper walls in the main-floor powder room and the mahogany woodwork custom-crafted by a New Jersey wood shop. “He’s the same guy who made the closets for [ABC News anchor] Diane Sawyer’s residence in New York,” he says. “We have the same closets.”

Impressive spaces with a staircase to match

The Cerrones also wanted the rooms to feel spacious, so all of them, even in the basement, have ceilings of decent height. On the first floor, they’re 10 feet high, and on the second, they’re 12 feet. 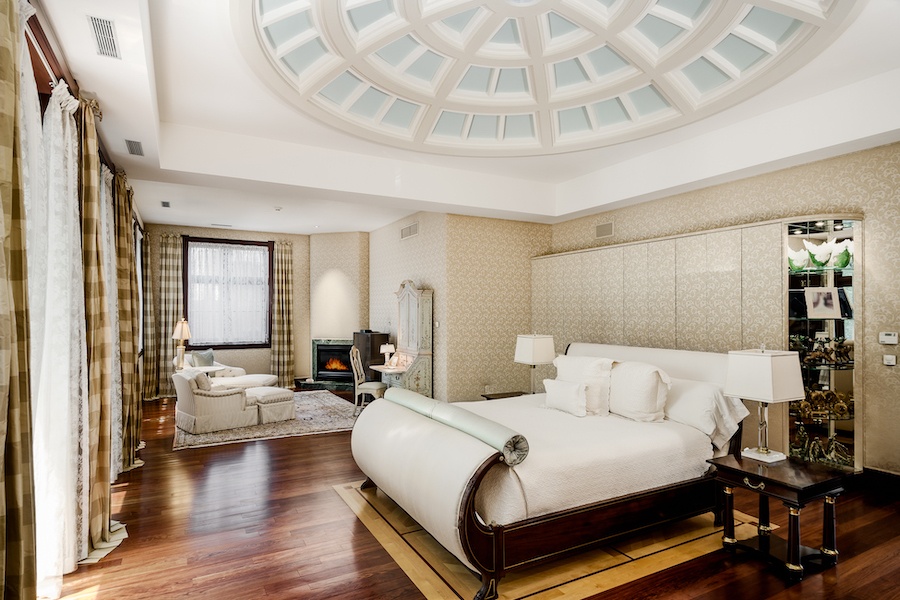 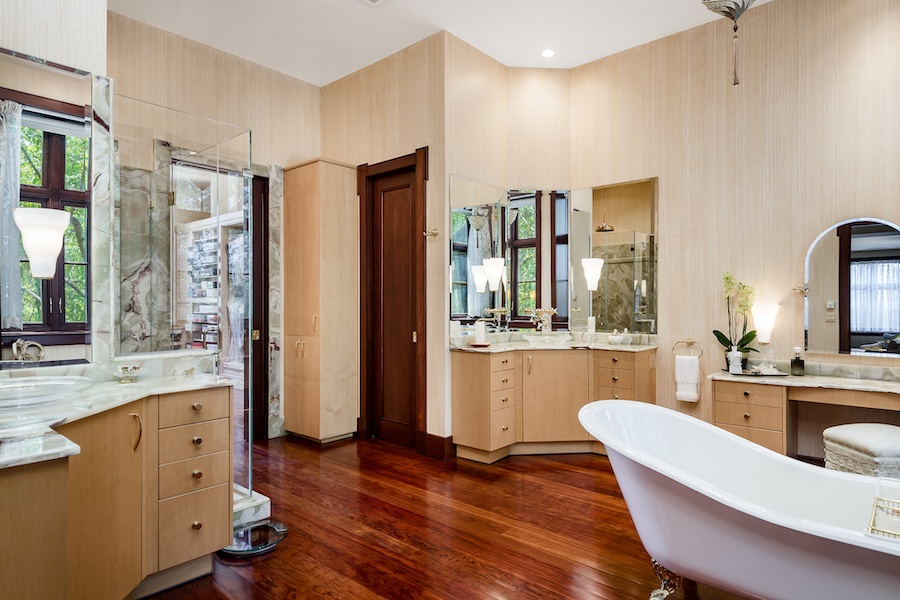 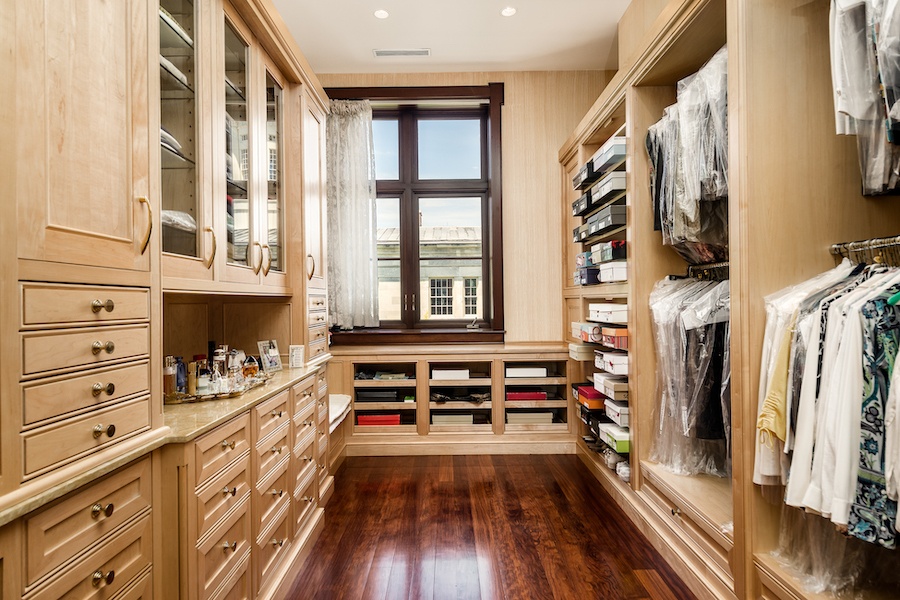 The master suite has its own sitting area overlooking the rear courtyard and a dome in the bedroom that rises to 15 feet. 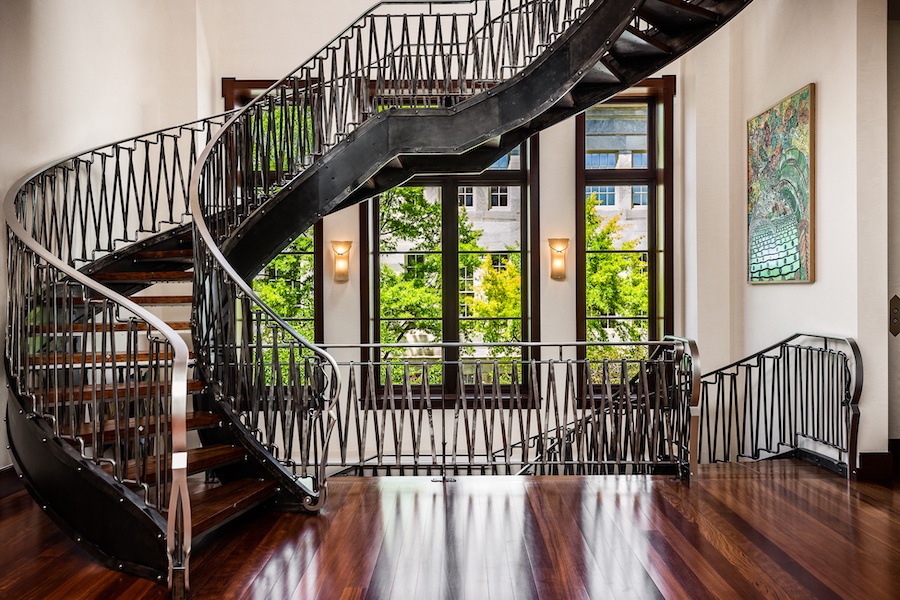 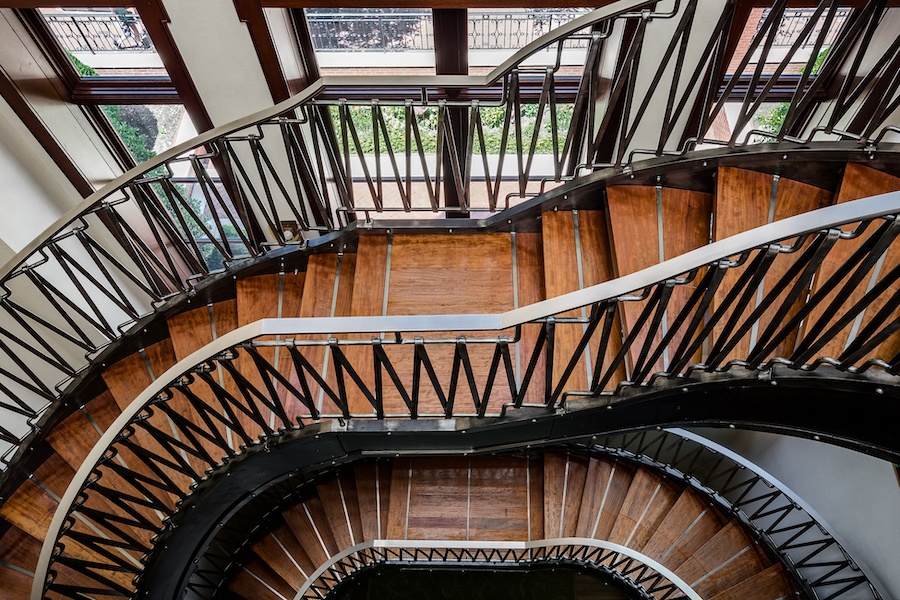 Grand staircase viewed from above

Then there’s that floating grand staircase connecting all three floors. Lynch designed in collaboration with its fabricator, Broomall-based M. Cohen and Sons. The wooden risers on this masterful floating staircase are two and a half inches thick and were all cut by hand, attached by screws from underneath, and inserted in place using a diamond bit that pushed the metal frames apart. Cerrone said of this design element that “the cost was a little silly and the installation even sillier,” but the result is a knockout. 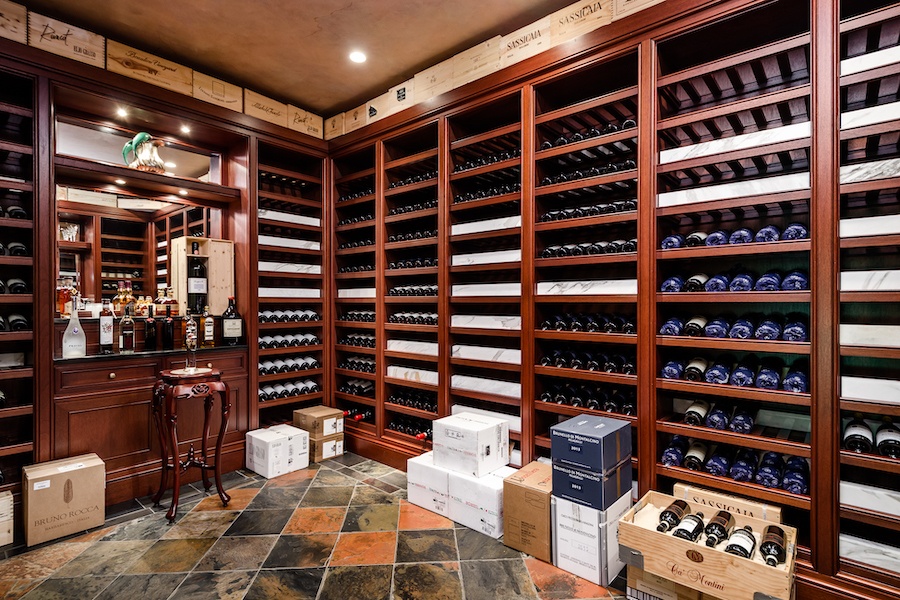 There’s a wine cellar and a 30-foot-by-30-foot catering kitchen in the basement, which would make this a great place for holding fundraisers like those Cerrone held in the house and its rear courtyard, setting up tables under the loggia.

Given how this mansion fits the Cerrones’ lifestyle like a glove, why has he chosen to sell it? “It’s time to scale down,” he says. “We have a special house on the water in Longport, N.J., and we’re moving there. But I had a lot of fun living here.”

The right buyer is out there, but just in case…

So would the right buyer, and both Cerrone and his agent, Ron Blum of Coldwell Banker Preferred, are convinced that person’s out there. It might be a Main Liner who loves the Jersey Shore and city nightlife as much as he does, for instance: Cerrone points out that moving to this house would cut your trip to the Shore by as much as an hour immediately.

Given this market, though, Blum is willing to cast a wider net for that buyer. It might be an organization looking for a function or conference facility like no other; some other notable local estate houses, like Sugar Loaf in Chestnut Hill, now serve such purposes.

Or, as the promotional video allows at the end, it might have a different future entirely. Given the high-rise towers that have gone up nearby, given Tom Scannapieco’s interest in the Ritz Five site, and given a recent proposal for a 19-story residential tower right next door, Blum concedes in the video that this house’s lot might just be “a developer’s dream.” (To underscore the point, the video includes drone shots of the views in all directions from an upper floor of a hypothetical high-rise on the site.)

But it would be a crying shame to see all this care and devotion to quality simply disappear. If you’re not that buyer, maybe you might know someone who is? If you do, I’m sure Blum and Cerrone would be glad to hear from you — and them.