On his way to scaling the Wissahickon Heights, Henry Howard Houston built this classic house in 1885. It retains all of its original character yet has been updated for modern living. 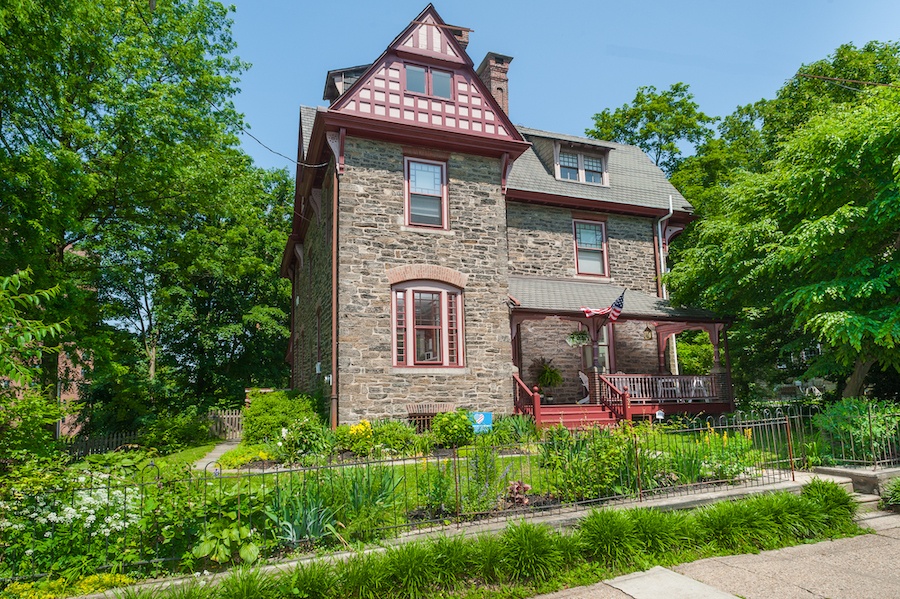 Pennsylvania Railroad baron Henry Howard Houston may have had Chestnut Hill — or Wissahickon Heights, as it was originally known — as the final stop on his rail line serving Northwest Philadelphia, but he put in several stations along the way.

One of them is Tulpehocken, in Germantown’s northwest corner. Today, the neighborhood it serves is a National Register historic district, and it has Houston in part to thank for this distinction. 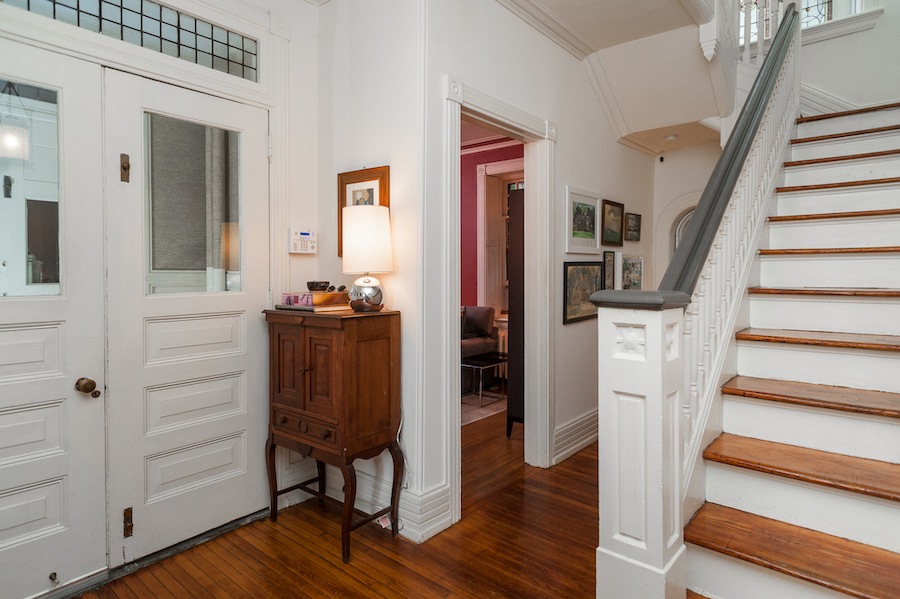 Houston even built a few houses here before moving on to Wissahickon Heights. This Victorian he built in 1885 is one of them. It shares many of its distinguishing features with its siblings up the train line: Wissahickon schist construction, Tudor-style half-timbering, large windows and bays, lush green yards kept up by their owners over the years. 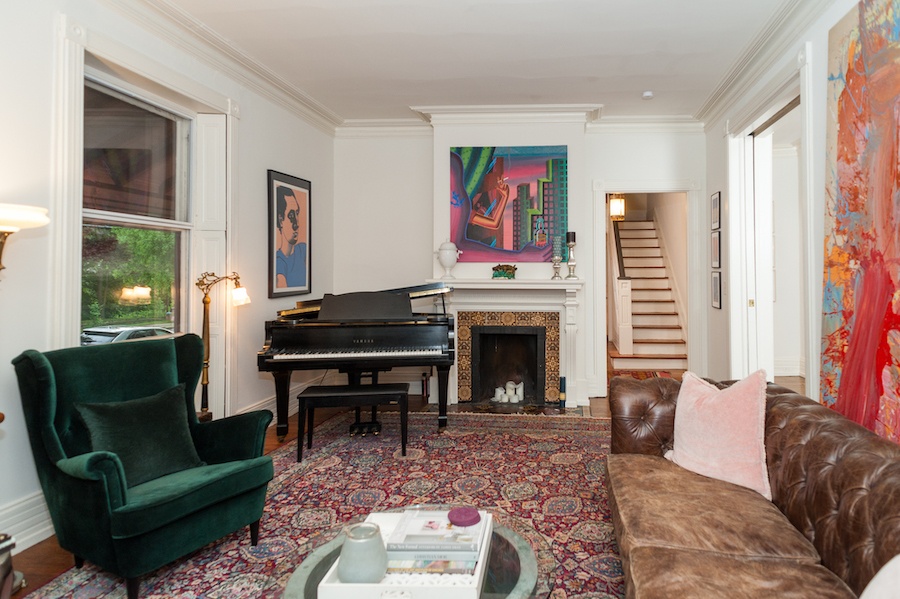 This house for sale, however, has some other features that set it apart. Like plenty of fireplaces. Central heating was already turning fireplaces into decorative objects even in the 1880s, but this house boasts six — one each in the three main living spaces on the first floor and one in each of the three second-floor bedrooms. 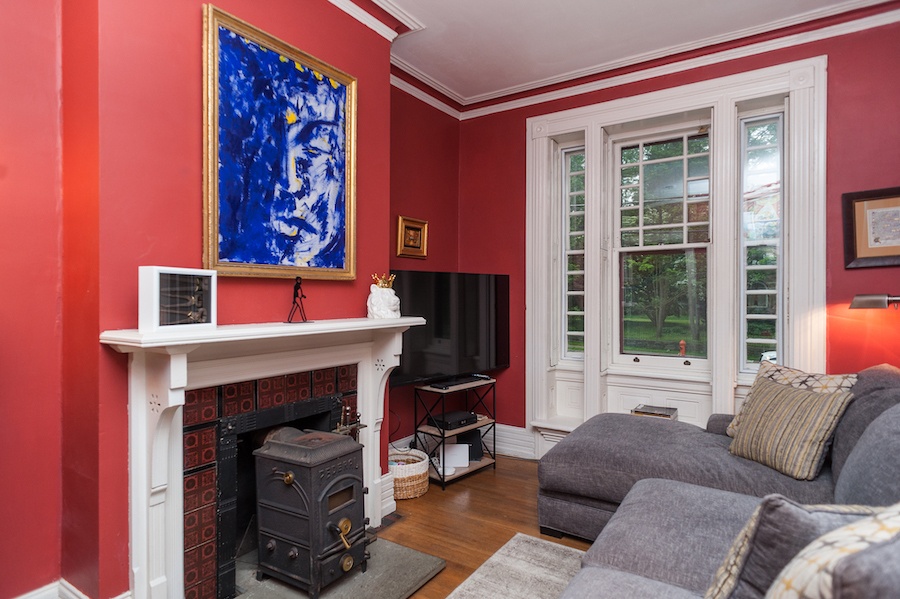 All of them are usable to boot or look like they could be made usable again; the one in the main-floor library has a Franklin stove inserted in it. 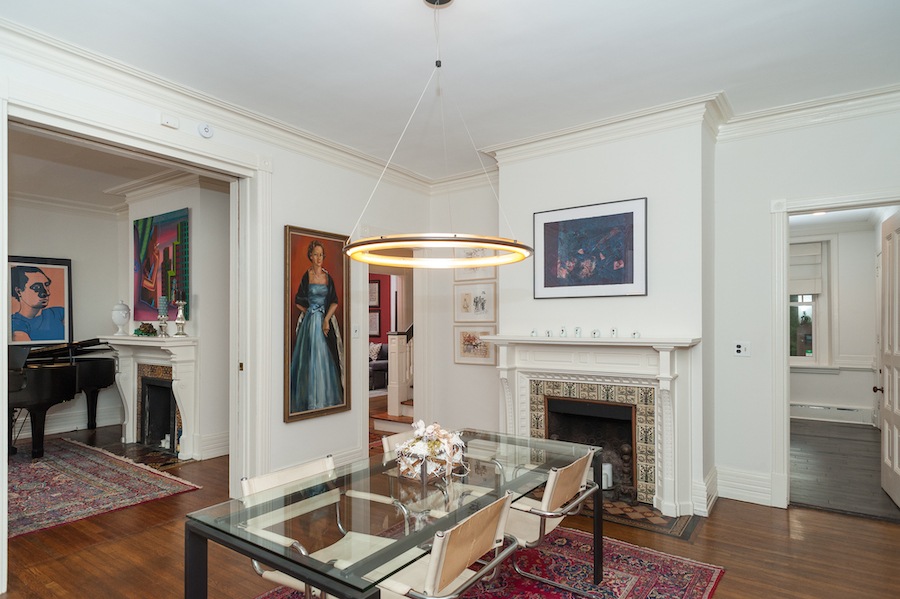 As the photos should make clear, this house has been well maintained by its owners, who have also gone on to add a touch of the modern here and there. 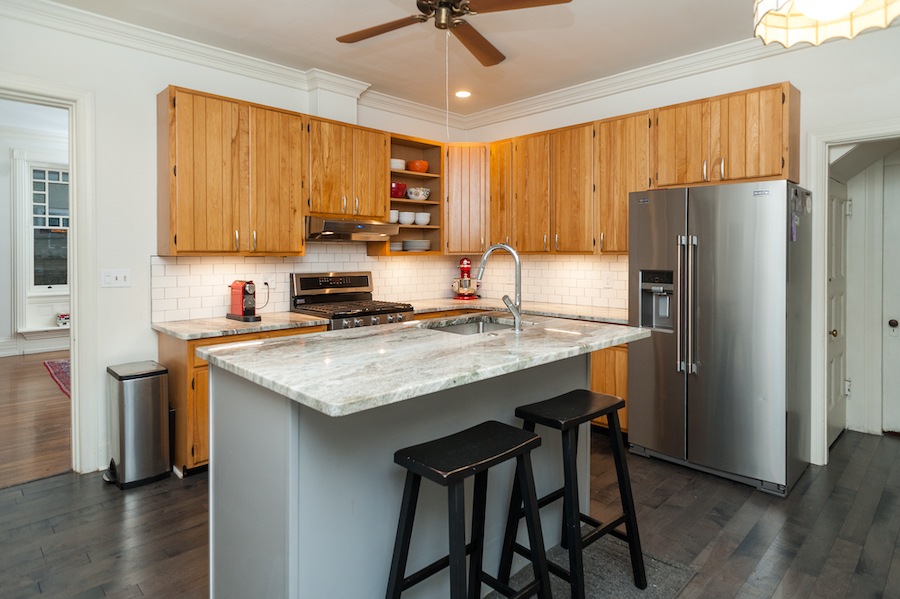 The eat-in kitchen got the most extensive modern makeover, with new stainless-steel appliances and a granite-topped center island joining its vintage rustic cabinetry. 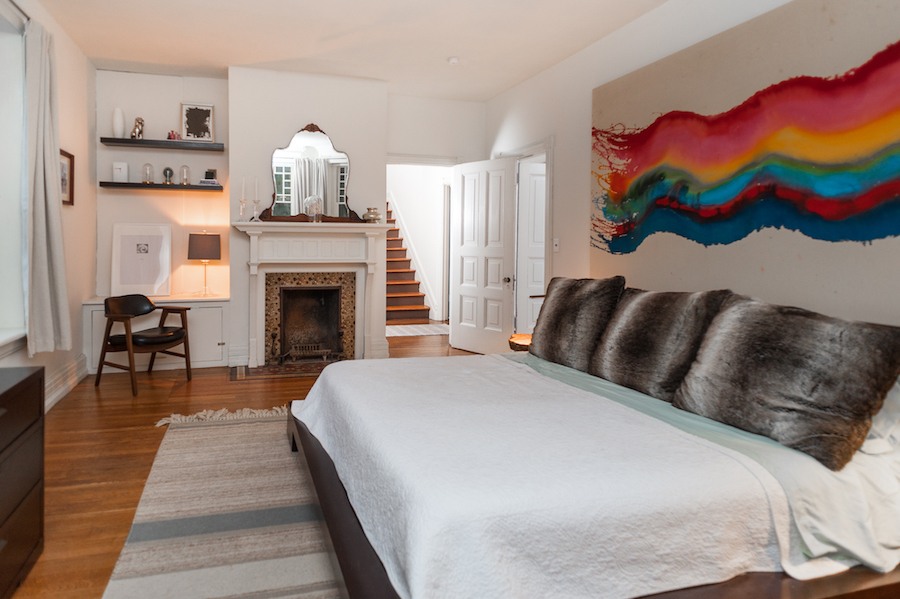 The other notable makeover took place in what had been one of the second-floor bedrooms. That room, which has a doorway connecting it to the master bedroom, became what the agent calls “the closet of your dreams.” 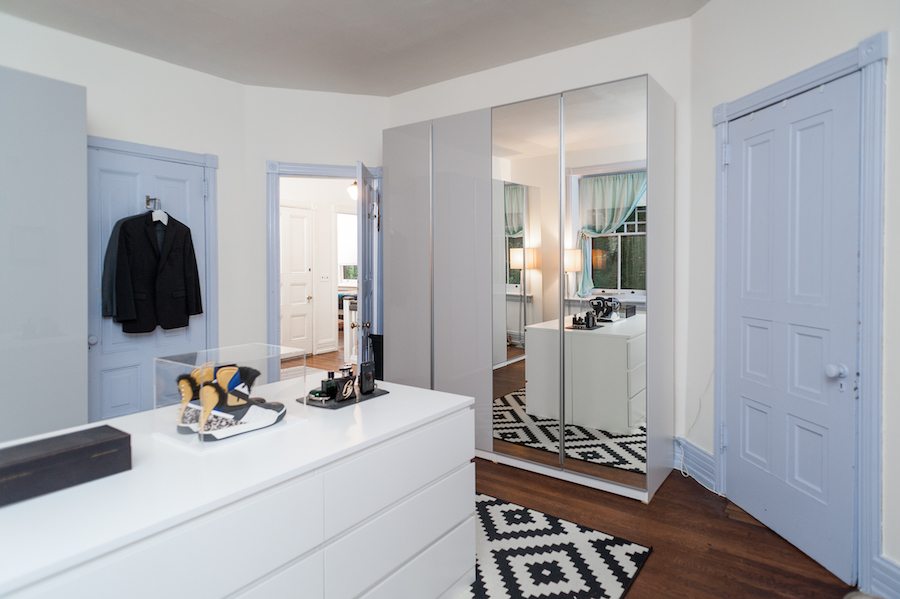 It features four huge armoires, a built-in shoe closet in what had been its closet, and a center island of dressers. The current owners have this room outfitted like a fashion boutique, and you should have no problem looking sharp every time you pull something off the rack in it.

The third floor contains four bedrooms, one of which serves as a yoga studio and the other as storage space at present. You can reconfigure them as you please.

While this house retains all its original charm and detailing, much of it is totally new. The master bathroom and kitchen got made over, the other bathrooms got updated and the entire house was repainted last year. It also got a new 50-gallon water heater so you won’t run out of water when everyone showers at the same time. 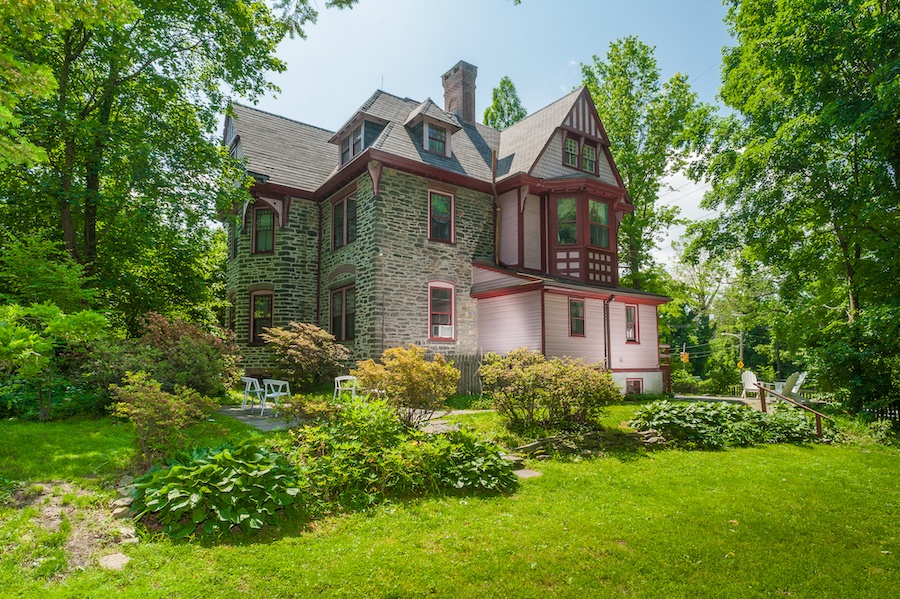 The plantings that surround this house will keep the grounds colorful from spring through fall.

And this green oasis sits right next to both Wissahickon Park and Tulpehocken Regional Rail station, which make getting both to and away from it all very easy. The Central Germantown shopping district and a supermarket are a four-block walk away, and Ultimo Coffee recently became a neighbor around the corner on Wayne Avenue.

OTHER STUFF: If this looks like the house you’d love to live in, contact the agent right away — the owners will evaluate offers at 5 p.m. today (Monday, June 3rd).