Sidney Kimmel Condo in Manhattan Goes on the Market for $39.5 Million
Subscribe
Follow
I'm a scraper
This search result is here to prevent scraping

Sidney Kimmel Puts His Manhattan Pad on the Market for $39.5 Million

The fashion-baron-turned-film-producer philanthropist hasn't lived here in decades, but he continues to play a role in his hometown's civic affairs. 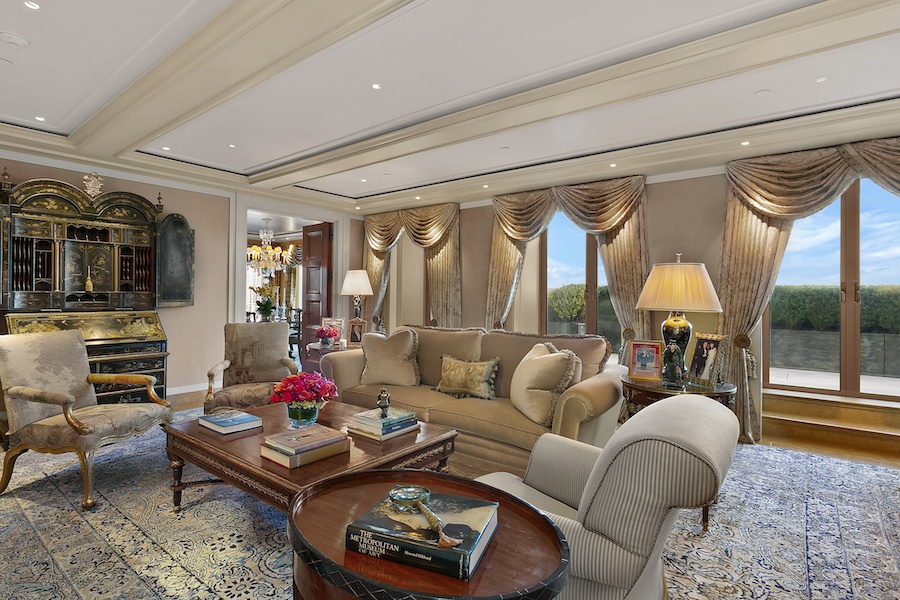 Prominent expat philanthropist Sidney Kimmel has been a Manhattanite for some time now. But he retains his fondness for and his strong ties to his hometown: you’ll find his name on the city’s performing-arts center and the medical school and cancer research center at Thomas Jefferson University.

The founder of Jones Apparel Group, originally based in Bristol, turned his attention to film producing after selling the company in 2002. Since he’s now an Angeleno for all intents and purposes, he has put his deluxe apartment in the sky on Central Park South up for sale. Asking price: $39.5 million. 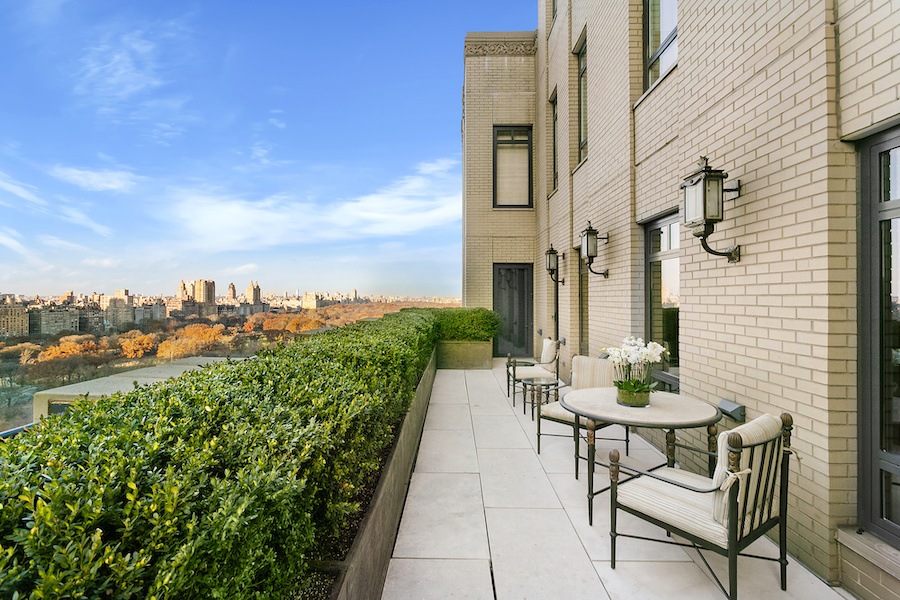 West terrace, off the kitchen

Kimmel’s full-floor condo on the 27th floor of the Ritz-Carlton Residences features a 53-foot-long terrace overlooking Central Park and offering a panoramic view of not only the park but also the Upper East and West Sides. There’s also a 40-foot-long west-facing terrace off the kitchen. 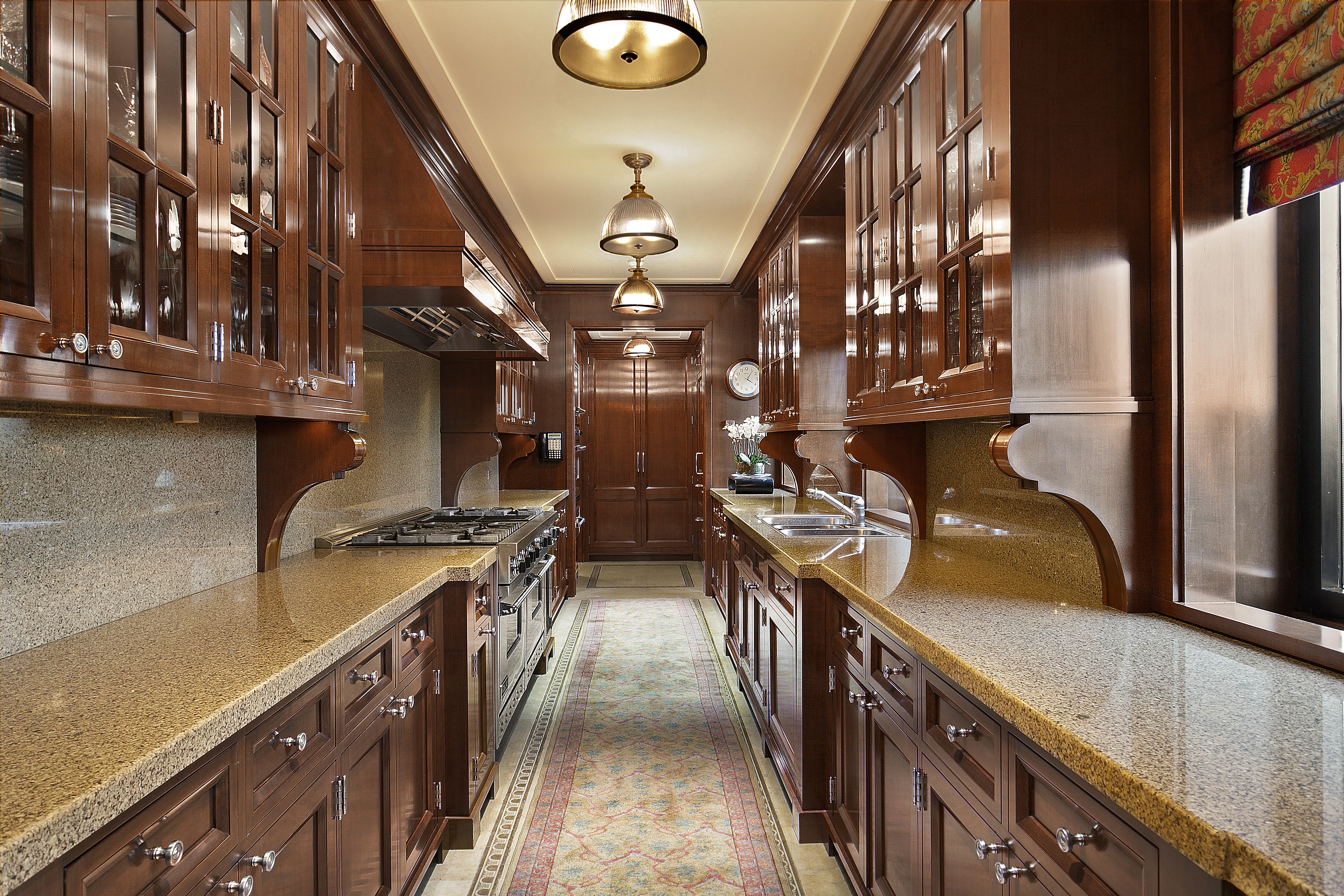 Steven Cohen, the Corcoran Group agent who’s marketing this home, says of the condo, “It’s one of the premier units [at the Ritz-Carlton Residences] because it’s got such incredible outdoor space.” 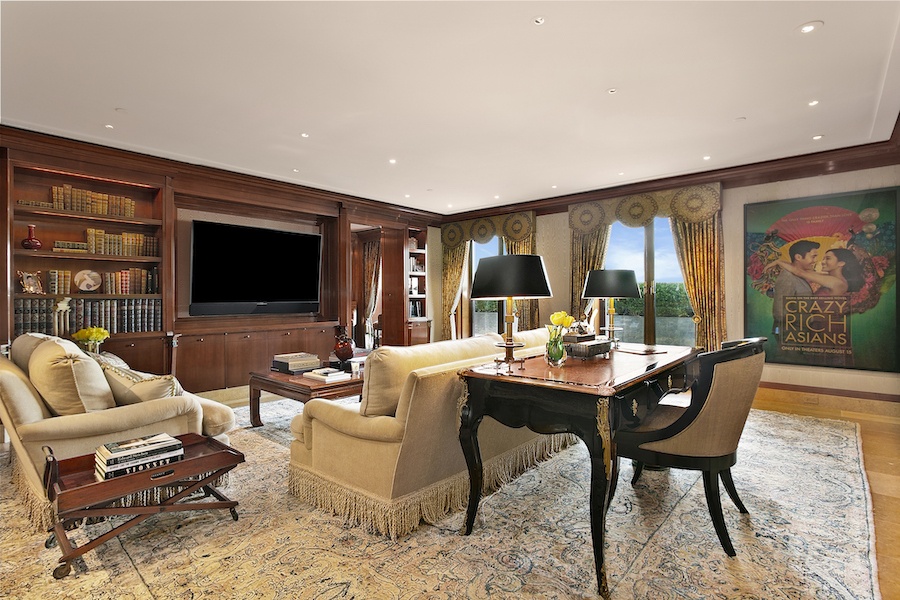 Famed designer Thierry Despont gave it an understatedly elegant classical interior that makes its large expanse — 8,000 square feet plus, inside and out — feel warm and intimate. (You may recall having seen it in Architectural Digest.) 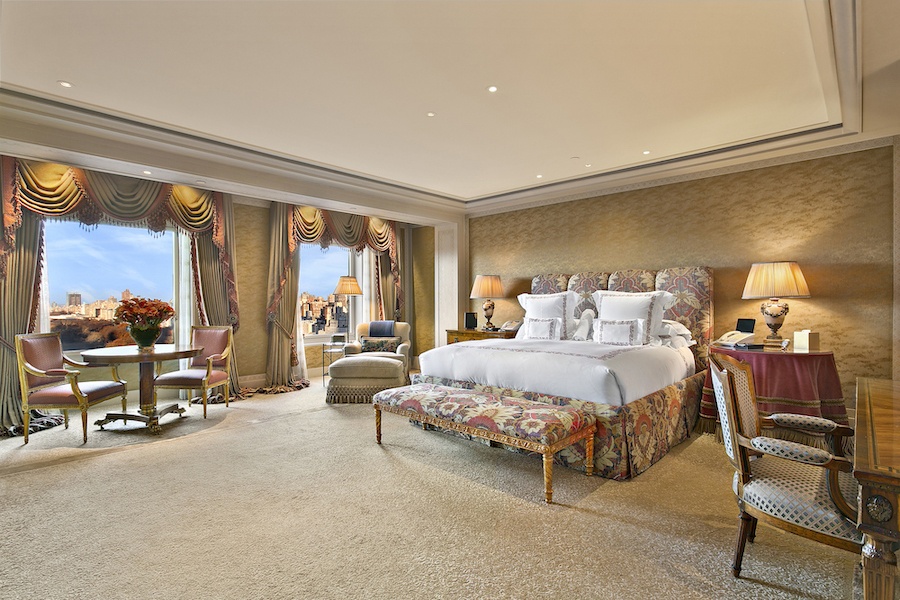 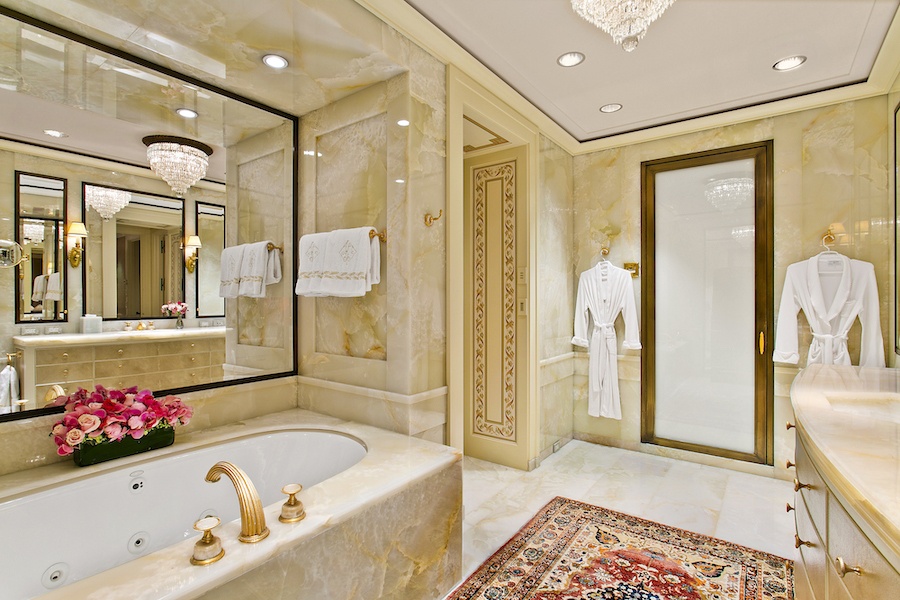 But make no mistake: this place is huge. Its 2,000-square-foot master suite is as large as many upscale houses alone. In addition to a huge bedroom, it has two bathrooms outfitted in onyx and marble, two large dressing rooms, a sitting room and a private office. 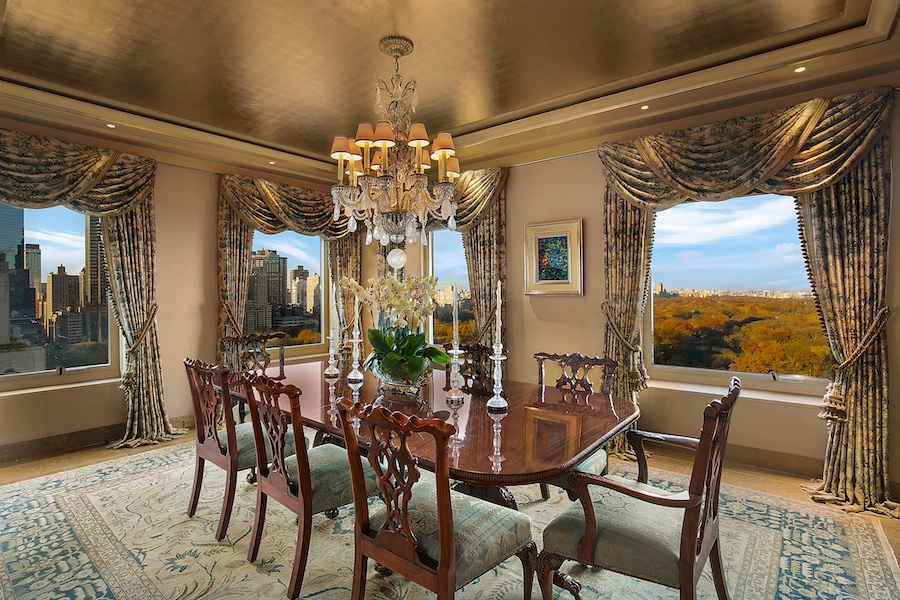 Large windows in every room let the spectacular views inside, but nowhere more than the formal dining room.

The time was right to sell, however. “Mr. Kimmel and Caroline spend so much more time in Los Angeles because of his focus on his film company, they’re not using this property very much,” Cohen continues. “For it to sit vacant so much of the time when they’re in LA, it doesn’t make sense.”

Kimmel’s film production company, SK Global, has brought us such films as “Moneyball,” “The Kite Runner” and “Death at a Funeral.” Its most recent release is the critical and box-office hit “Crazy Rich Asians.”

In addition to being the name donor for the Kimmel Center for the Performing Arts and a continuing supporter of Jefferson’s medical school, Kimmel was also a lead donor for the National Museum of American Jewish History on Independence Mall. Kimmel family spokesperson Sharon Gallagher says, “Sidney chose not to put his name on the building to enable fundraising.” The building is named for its other lead donors, George and Lyn Ross, but a bust of and tribute to Kimmel stands in the museum’s lobby.

Kimmel also continues to support other local charities, including the Perelman Jewish Day School and the Federation of Jewish Agencies of Greater Philadelphia. “He is active in the civic life of Philadelphia,” says Gallagher. “He has a huge commitment to and love for his hometown.”

Cohen, himself a Philly native, said that the Rosses were also clients of his and that George’s widow Lyn knew that Kimmel’s condo was going on the market. But, he says, “it’s not for her – she already has something in the city.”

However, Cohen anticipates that a Philadelphian might be interested in making this place their New York pied-à-terre. “We have clients with strong Philadelphia roots who spend time and have business interests in New York City, like Mr. Kimmel.

“It’s amazing, all the back-and-forth between New York and Philadelphia. There’s more and more of it every day.”

BEDS: 2, including 1 in the household staff suite

OTHER STUFF: Like the owners of the other ten residences in this building, you will have access to the services and facilities of the Ritz-Carlton Hotel New York, with services provided by the Residences’ own staff.