The She Shed Rules

There's a winner in the "He vs. She Shed Shindig" Rotelle Studio(e) ran last month. Actually, there are three of them: the winning shed, the woman who won it and the addiction treatment center that got more than $11,000 in a charity auction. 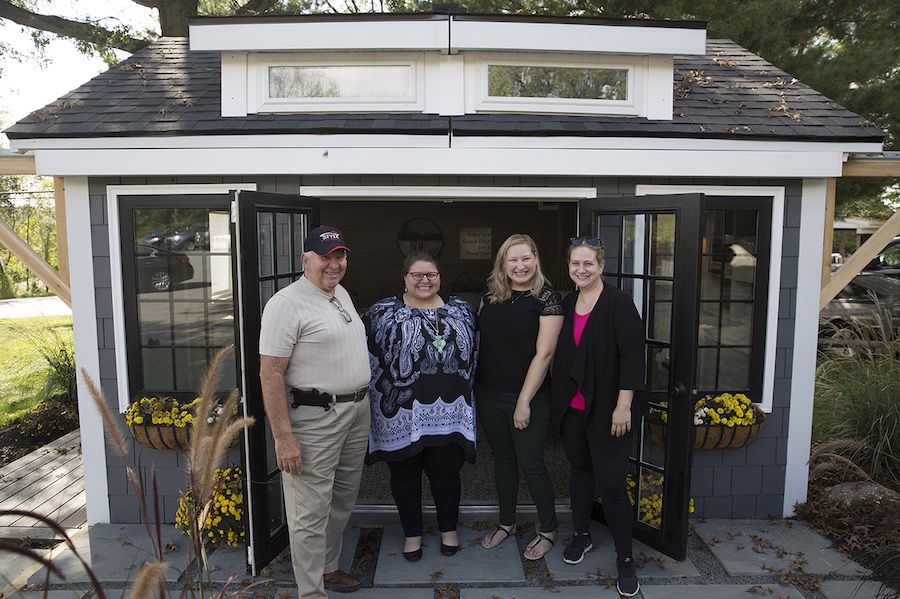 Meredith Jacks of Styer Real Estate (second from left) was surprised to learn she had won the She Shed in the “He vs. She Shed Shindig” raffle. With her in front of it are (left to right) her father, Ken Styer, and fellow Styer agents Diane Zeleski and Liesel Tarquini. | Photos: Courtesy Rotelle Development Company

“Who run the world?” the women who designed and built the She Shed at Rotelle Studio(e)’s first “He vs. She Shed Shindig” asked as the competition built towards the big unveiling of the sheds on Sept. 15th.

We now have a definitive answer: The women do.

Studio(e) parent Rotelle Development Company announced Friday that the viewers who voted in person and on the Studio(e) website chose the She Shed as the Best Shed in this year’s competition.

“It’s absolutely perfect for me,” Meredith said in a news release. “It’s not only this incredible, awesome She Shed, but it’s Rotelle built. Not many people are fortunate enough to have a luxury custom designed and built shed. I feel extremely lucky to have won this.” 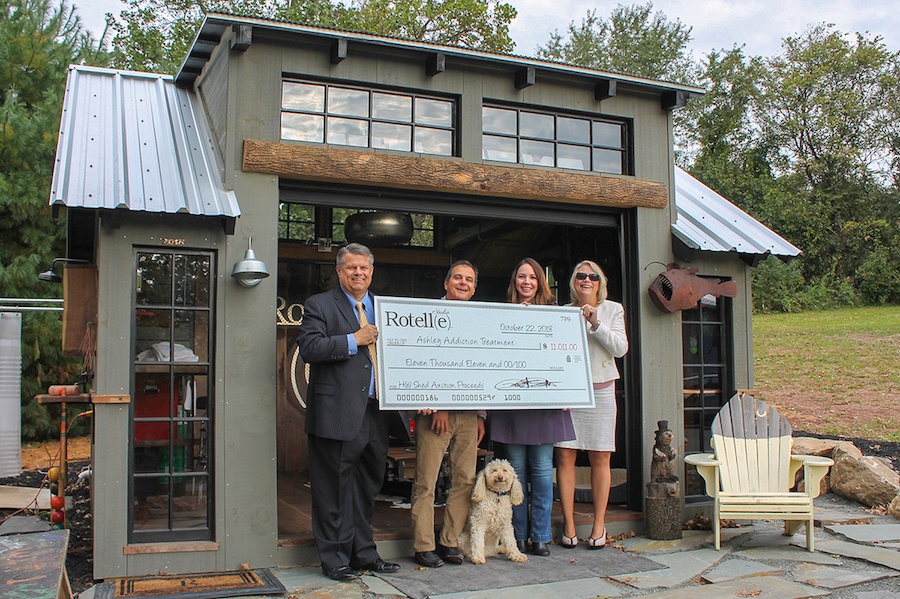 As for the He Shed, its fate was to be determined by a charity auction to benefit Ashley Addiction Treatment, a substance abuse recovery and rehabilitation center in Havre de Grace, Md. The winning bidder was none other than Peter Rotelle, the president and owner of Rotelle Development Company and Studio(e). Rotelle presented Ashley with a check for $11,011 on Oct. 22nd.

The He Shed will also be put to good use: Rotelle plans to make it one of more than 50 other man- and woman-caves that will rise on a 45-acre campground he’s building in Chester County. Called “Simply Rustic,” the campground — “our version of a ‘glampground,'” he said in the release — is set to open sometime next year.

As for the outcome of the voting, despite all the bells and whistles the guys put into the He Shed, in my judgement, the women simply outclassed the men with their functional, airy design. And they had me the moment they opened that retractable roof.