Write This Home’s Next Chapter in Society Hill for $2.495M

Sam Sadtler made restoring this historic home to its original appearance his life's work. You now have the chance to own this jewel of the city's past and polish it for its third century. 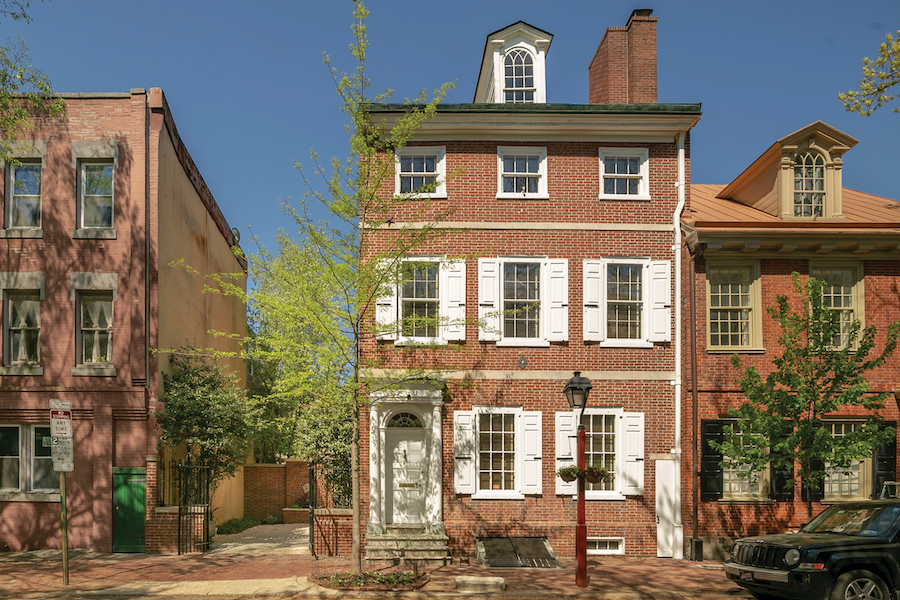 The renewal of Society Hill in the 1960s may be city planner Edmund Bacon’s crowning achievement, but many hands did the actual dirty work of removing badly deteriorated buildings, reclaiming the salvageable ones and filling in the gaps with context-sensitive new construction.

Two of the best of those hands belonged to Sam Sadtler, who purchased this Federal townhouse and the lot next to it on South 4th Street in 1967 and proceeded to research and restore its past. 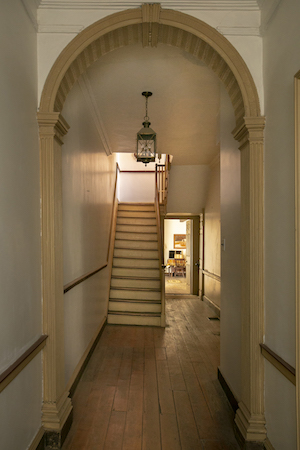 It actually has a pedigree: it was built in 1805 as the in-town residence of John Johnson Jr., son of noted Quaker abolitionist John Johnson. Johnson the elder’s Germantown home, a station on the Underground Railroad, is a National Historic Landmark, and apocryphal stories circulate that his son’s home may have been a station as well.

Like a number of other buyers of old homes in 1960s Society Hill, Sadtler’s goal when he purchased this home was to return it to its original state as best as he could. “He had quite a restoration job on his hands,” says Valerie Patterson, director of marketing at Kurfiss Sotheby’s International Realty, which is marketing this home. “The facade was really screwed up because it had been converted into a commercial property — people wanted to convert these properties to commercial uses or be more of the moment in the Victorian era.” 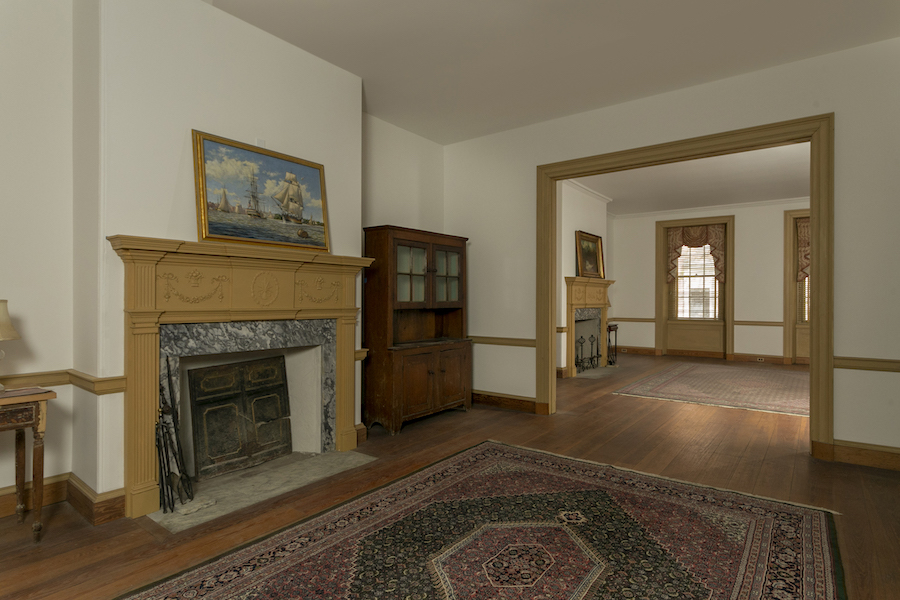 Working in his spare time, Sadtler went searching for original materials to restore the home to its Federal-period appearance. He reinstalled red pine floors in the main rooms, restored the full-length first-floor entry hall, and rebuilt the fireplaces with carved mantles. He added King of Prussia blue marble surrounds to those in the front parlor, formal dining room and master bedroom on the second floor. 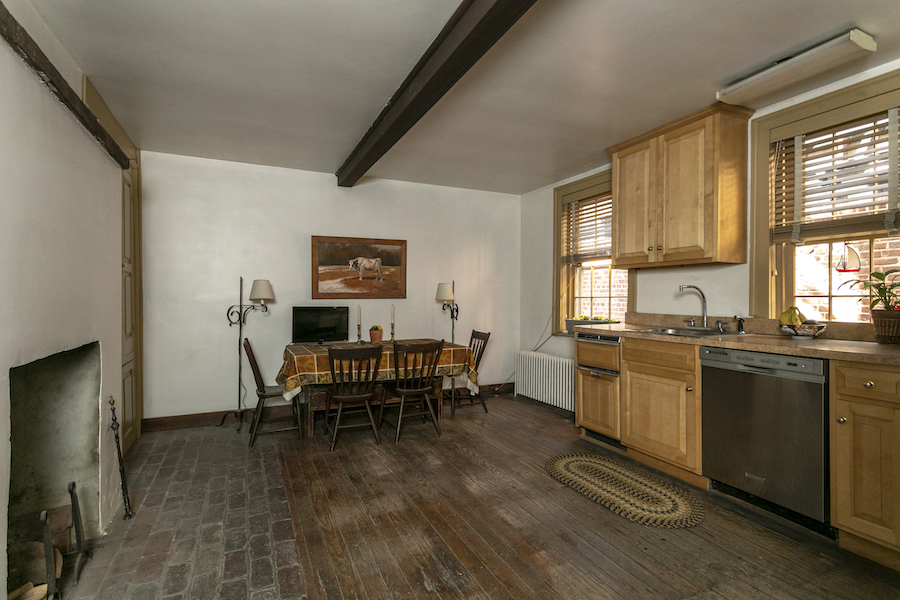 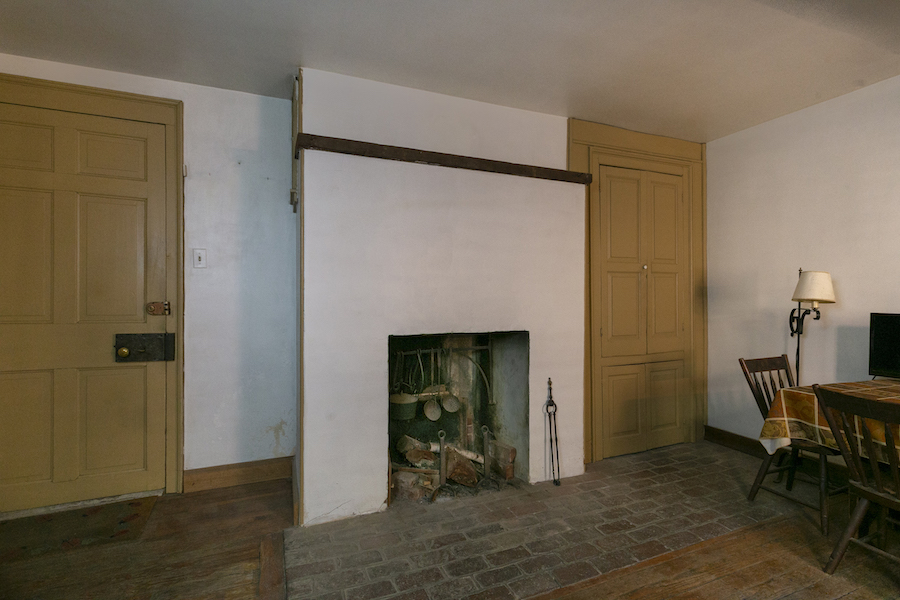 In the kitchen, he restored its original hearth fireplace as well. “[Sam’s widow] Laura recalls that Sam would get a kick out of using it every now and then to cook a stew,” Patterson says. 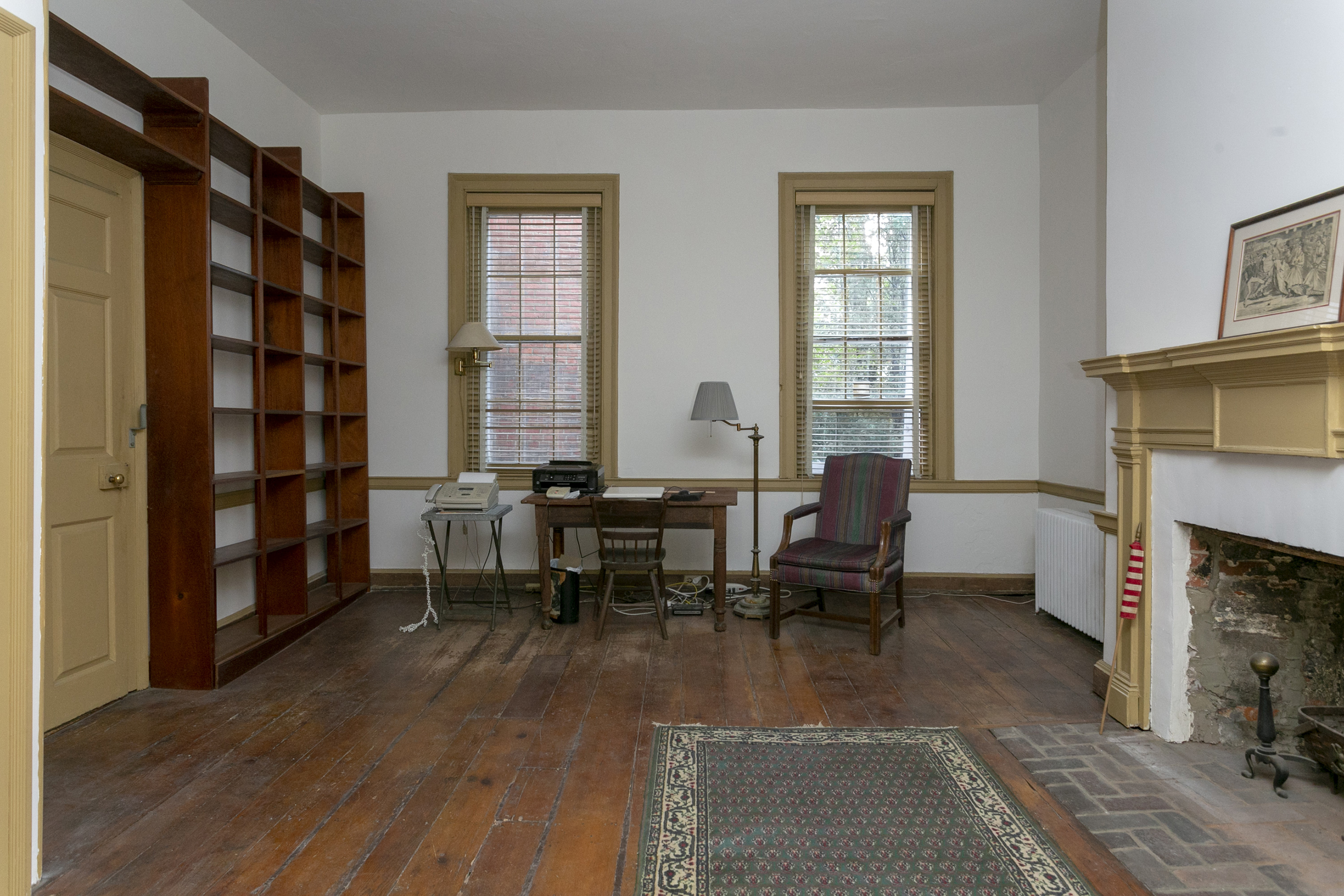 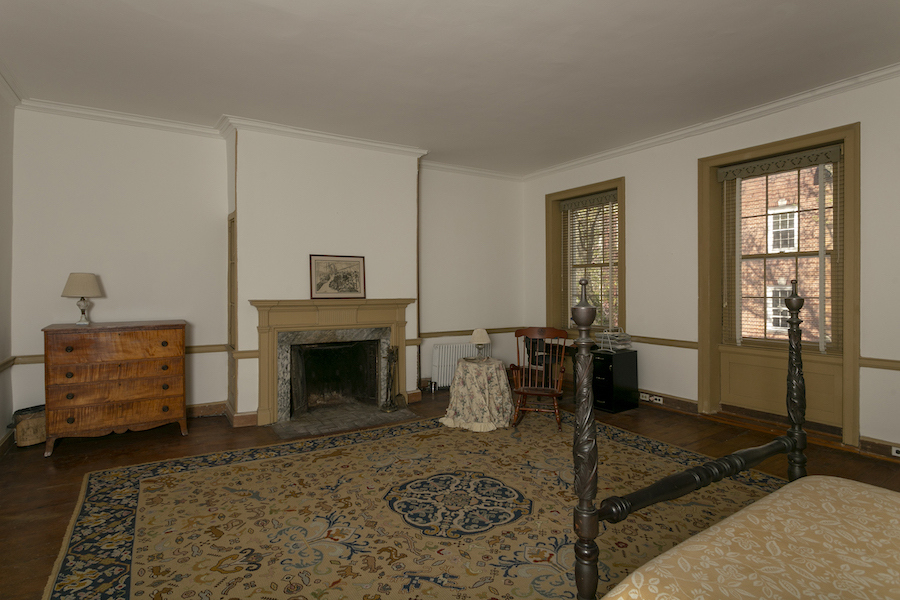 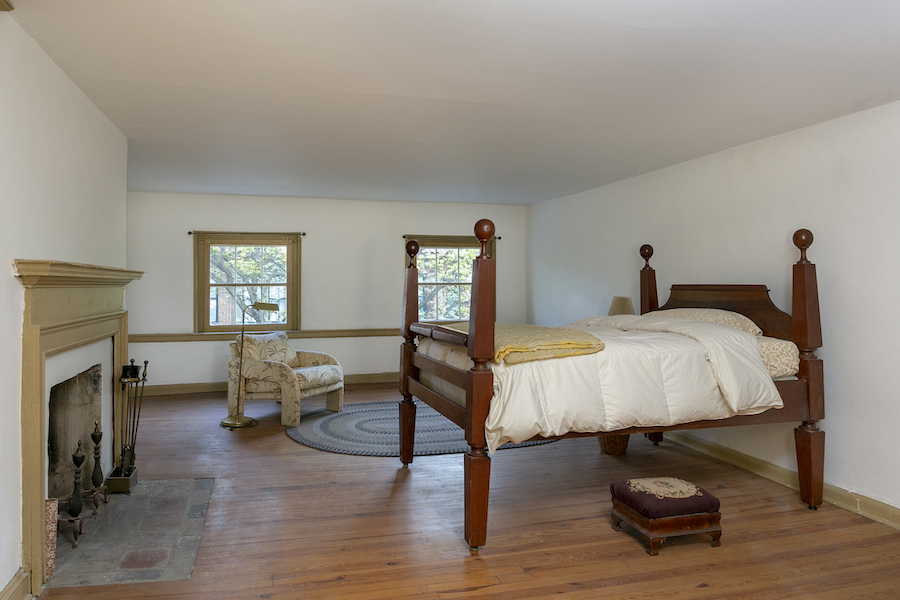 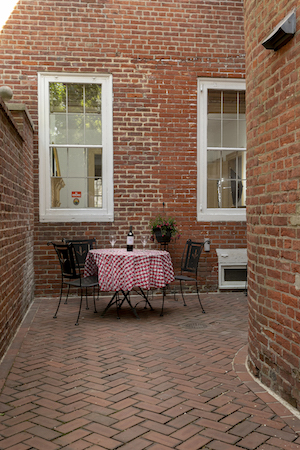 The restoration work continued right up to Sadtler’s death in 2017, and the work is of very high quality. All of this home’s original Federal details have been restored, and a newer kitchen added in the original kitchen space. The restoration was so faithful that this home played the role of Alexander Hamilton’s residence in a TV miniseries that was shot in Society Hill.

The back courtyard has been attractively landscaped as well, and the adjacent lot offers parking. That lot, which is on a separate deed, could be converted to additional outdoor living space or even used for expansion or a second home.

This home now stands ready for your deft touch. The restored pine floors could use refinishing, as the photos should make clear, and a new owner might also want to update its kitchen and bathrooms. But, Patterson says, “I think Laura hopes the buyer is sympathetic to the original spirit of the home.”

OTHER STUFF: A separate one-bedroom, one-bath apartment with kitchenette and its own outside entrance is located at the rear of the home. Additional restoration work could be eligible for a 10-year tax abatement.