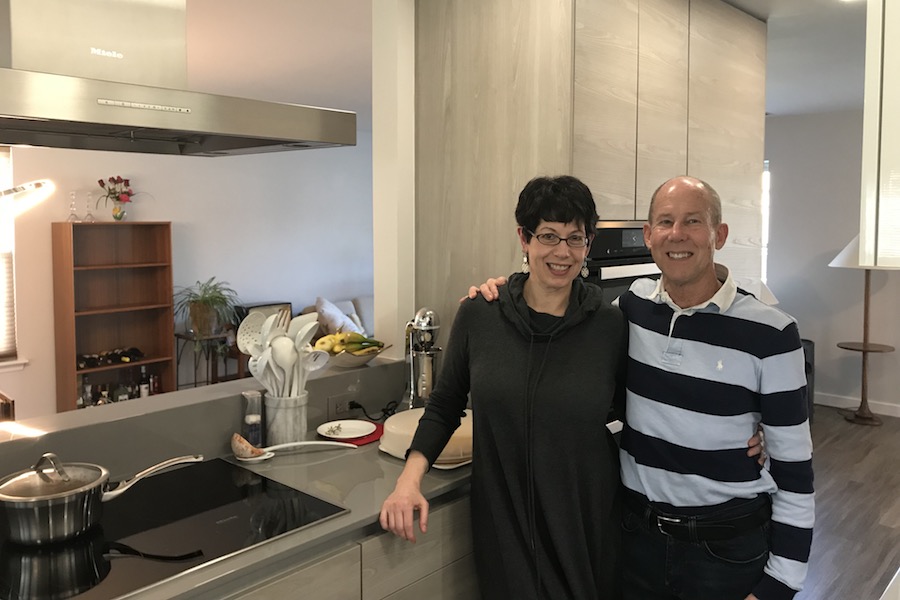 Anne Bender and John Greenstreet in the kitchen of their Mt. Laurel home. Behind Greenstreet are the oven and refrigerator, and the induction cooktop is at Bender’s right. | Photos: Sandy Smith

Why do people drop serious money on kitchens they might use only a few times a year?

It’s a question that’s gnawed at this home cook for a while now, especially in light of data that show that meals prepared at home continue to shrink in importance as a share of overall food consumed by households.

Crystal Clark, manager of the Poggenpohl Philadelphia showroom, offers an answer: “Some people may not cook a lot, but when they do, it’s a passion. And maybe they have events [that] they cater, and a [high-end kitchen] is an added value to their home, something gorgeous they can look at and work in.

“Then we have the client for whom the kitchen is part of the home, something they use every day.”

Ann Bender and John Greenstreet fall into that latter category. So when they decided to give their modest ranch home in Mt. Laurel, N.J., an extreme(ly modernist) makeover, they chose to replace their already-pretty-spiffy German kitchen with a high-style, high-tech kitchen from Poggenpohl with the latest Miele and Bosch appliances. 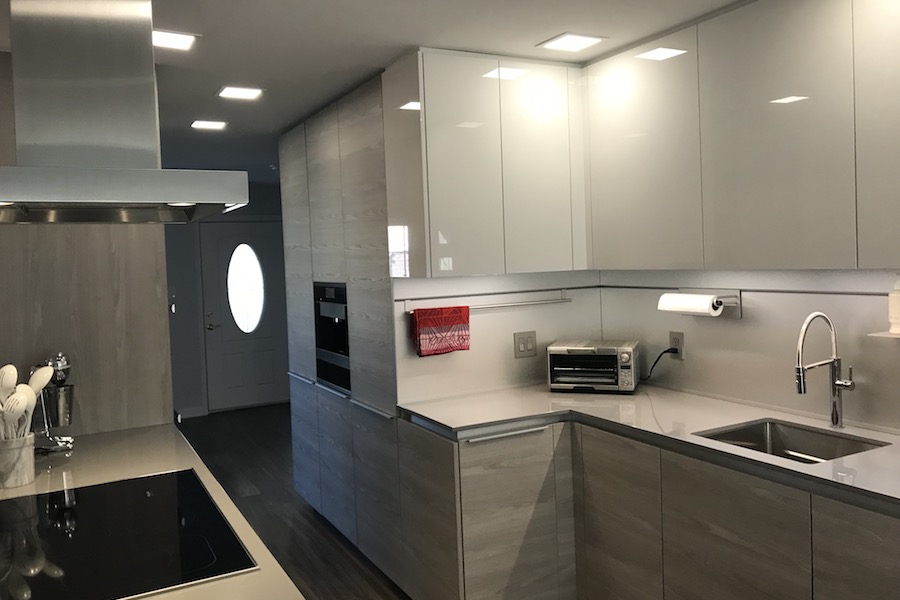 The kitchen from another angle. On this side one finds the slide-out pantry, the built-in espresso machine and the dishwasher.

For those of you unfamiliar with the ultra-high-end kitchen market, Poggenpohl is a German firm that produces some of the sleekest yet most functional kitchens one can install. It’s one of a handful of European manufacturers, most of them German, who specialize in producing kitchens with breathtaking price tags that justify their expense in the way they function and their durability.

It’s that combination of high style, intelligent design and durability that led Bender and Greenstreet to install a Poggenpohl kitchen in the modest rancher they call home. It’s served the couple, both of whom love to cook, very well.

“I am Italian-American, 100 percent,” says Bender. “And I love cooking marinara sauce, anything Italian.”

Greenstreet, on the other hand, is an avid baker. Both of them wanted a kitchen that would make cooking a joy, and Greenstreet also wanted to give the rancher he lived in an upgrade. 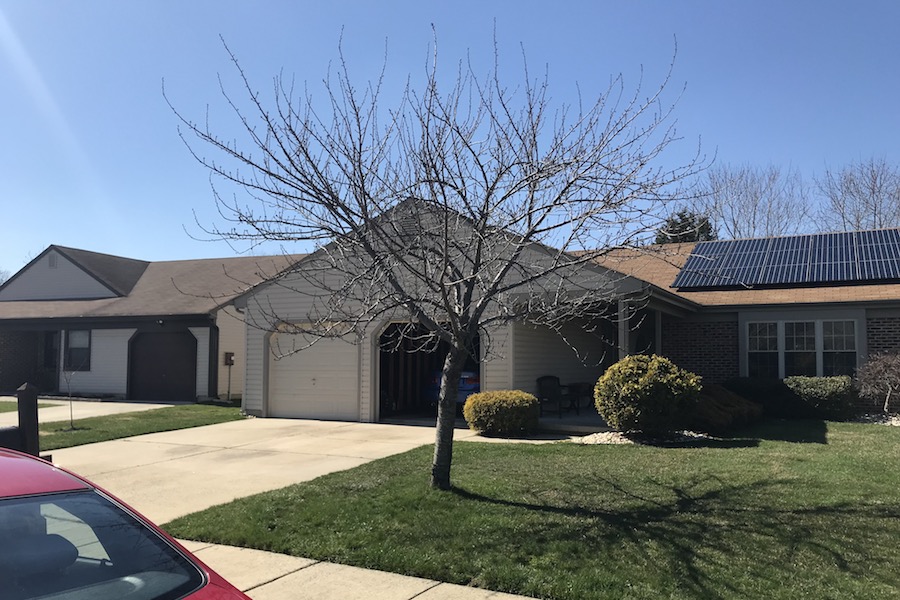 A real find with a “crufty kitchen”

Greenstreet moved into the Mt. Laurel home, which was built in the late 1970s, in 1985. He had moved down from Syracuse, N.Y., to take advantage of a better job opportunity when the rancher fell into his lap, so to speak.

“There was a real estate bomb, and this house came up in an estate sale, and I bought it for the princely sum of $85,000,” he says.

The homes in the subdivision were new enough that they still had time left on their 10-year home warranties. “Nothing went wrong until the warranty ran out,” he says. 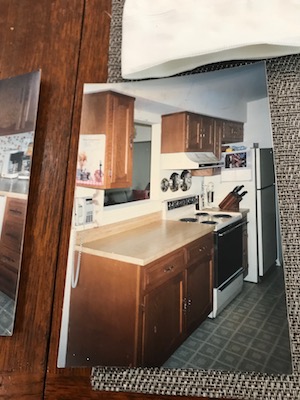 The “crufty kitchen” Greenfield ripped out upon moving to this home.

One of the things he said needed fixing the moment he bought the home was its kitchen. “It had a very crufty kitchen – I would call it heinous,” he says. “Most people wouldn’t know because they think that’s what a kitchen is.”

And by this he means cabinets with shelves where you can’t reach things, little storage cabinets above the refrigerator that you’ll never use because you can’t get up there to put things in them, doors that block your access to shelves you want to reach, under-counter cabinets designed so you have to get down on your knees to get stuff out of them, drawers that stick after a couple of years, things like that.

Greenstreet replaced all this with a custom kitchen from the German manufacturer Alno. And he was happy for many years. Then he met Bender.

“John and I met on the dance floor in 2012,” she says. It turned out that both she and John were avid ballroom dancers. They danced their way through a year-long courtship until John asked her to marry him. They tied the knot in 2015.

Then they set about looking for a new place to live. She worked in Conshohocken and didn’t want to be too far from her place of employment, so John at first went looking on the Main Line.

But there was trouble in paradise. “I wanted to move there,” says Greenstreet, “but every house we found had been flipped and had a builder-grade kitchen that looked good but was pretty much nonfunctional as far as I was concerned.”

Fortunately for him, Bender’s job got transferred to a Center City location, which changed things. But John hadn’t completely given up on finding a new home.

After several such deal-breakers, Bender agreed to move into Greenstreet’s Mt. Laurel home. After all, putting a new kitchen in it would cost only $20,000.

But they ended up spending more than that, for along with that new kitchen, the couple decided to open up their entire main living area.

From a new kitchen to the whole home

“There was a wall separating the dining room from the living room with one of those archway entrances,” Bender said.

“I just wanted to open up the place,” Greenstreet concurs. “I got tired of being so compartmentalized.” 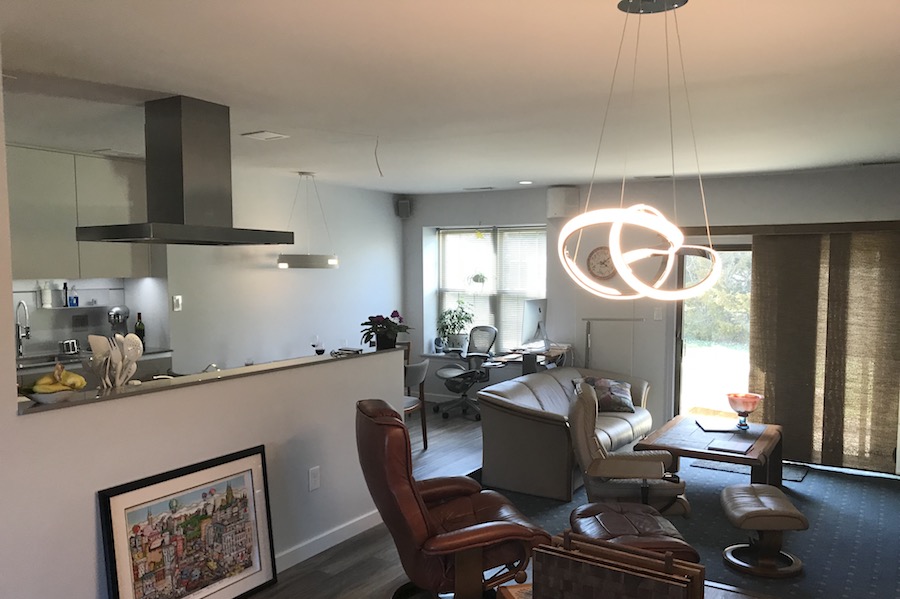 The makeover converted the old dining room into a family room and refreshed the kitchen dining area while opening up the entire main floor. Note the Möbius-strip LED light fixture; there’s room for a dining table beneath it.

And besides, everything had gotten to look dated, even if it was in great shape. Greenstreet installed his Alno kitchen in 1986, “but it started looking a little long in the tooth even though absolutely everything still worked.” 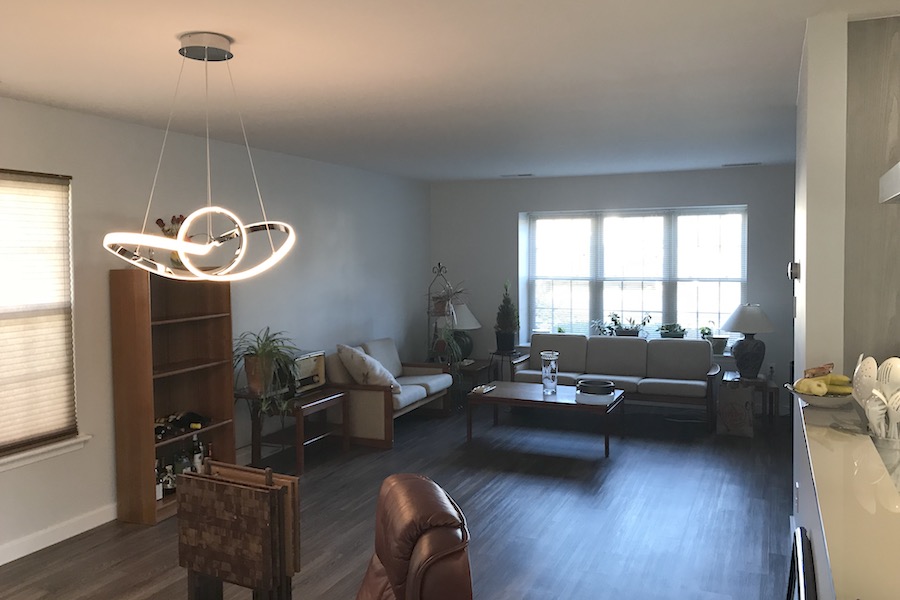 The main living space, looking towards the living room.

So out went the archway between the living room and the dining room. Out went the shag carpet. And out went the Alno kitchen in favor of that even higher-tech Poggenpohl model.

“I installed a German kitchen [in the first place] because I had been over there and I had seen the kind of features they have,” Greenstreet says. “I definitely didn’t want the drawers that got stuck. And after 30 years of heavy-duty use, all those drawer slides worked perfectly.”

A Porsche that cooks

European kitchens in general, Clark says, are better thought out because they need to fit into more compact spaces. Many are also designed so that their owners can take them with them if they move to another house. That means they need to be built well in order to survive moves and function efficiently wherever they may be.

Thus you get pantries that slide out instead of cabinets you have to rummage through to get to the items in back. You get drawer mounts that still work after 30 years and can be adjusted by the owner if they slip out of alignment.

“The details are all very well thought out in terms of storage and functionality,” Clark says. And, she adds, “actually, the beauty of the product starts on the inside. We use the highest level of hardware, drawer boxes that use the highest weight limits you’re going to find on the market, things of that nature that are really speaking to functionality.

“A Poggenpohl kitchen gets compared to German cars all the time.”

Green tech comes to the kitchen

The appliances follow suit. The Bender-Greenstreet kitchen’s dishwasher is so quiet, for instance, that you don’t even know it’s on until you hear the water draining at the end of a cycle. (Greenstreet says that one shouldn’t even hear that if the drain pipes are connected right.) And Greenstreet also opted for one of the latest advances in kitchen technology: an induction cooktop. 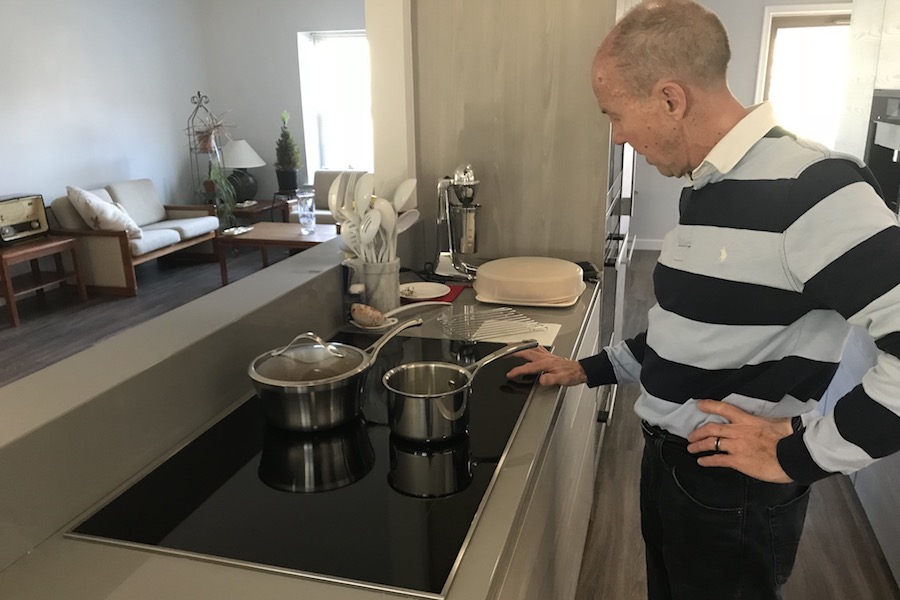 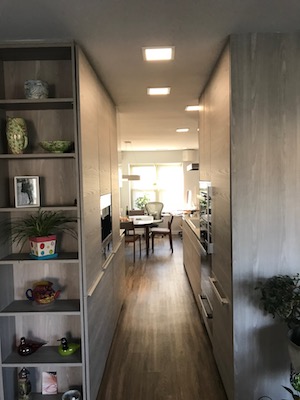 The kitchen as seen from the foyer.

These smooth-top cooktops use electromagnetism to heat the food being cooked. They’re as fast and responsive as gas, if not faster: it took about 25 seconds for a cup of water in a pan on Greenstreet’s cooktop to come to a boil. (Your microwave’s not that fast.) And the moment you turn the power down to zero, or press “pause” on the cooktop, the boiling stops.

(If you’re interested in reducing your carbon footprint in the kitchen, there’s no better choice than one of these. Just remember to choose your electricity source wisely. Greenstreet, perhaps in keeping with his name, chose the sun: the makeover included installing solar panels on the home’s roof.)

The end result: Bender and Greenstreet now have a 21st-century home in 1970s dress, a house that causes your jaw to drop the moment you cross its threshold. It’s now set up so that they can relax, entertain and practice their dance steps. And it has a kitchen that can handle whatever they dish out.

Some things are just worth the money.