Habitat: A Year-Round Retreat in Stone Harbor
Subscribe
Follow
I'm a scraper
This search result is here to prevent scraping

A sprawling Shore estate grows up with its owners. 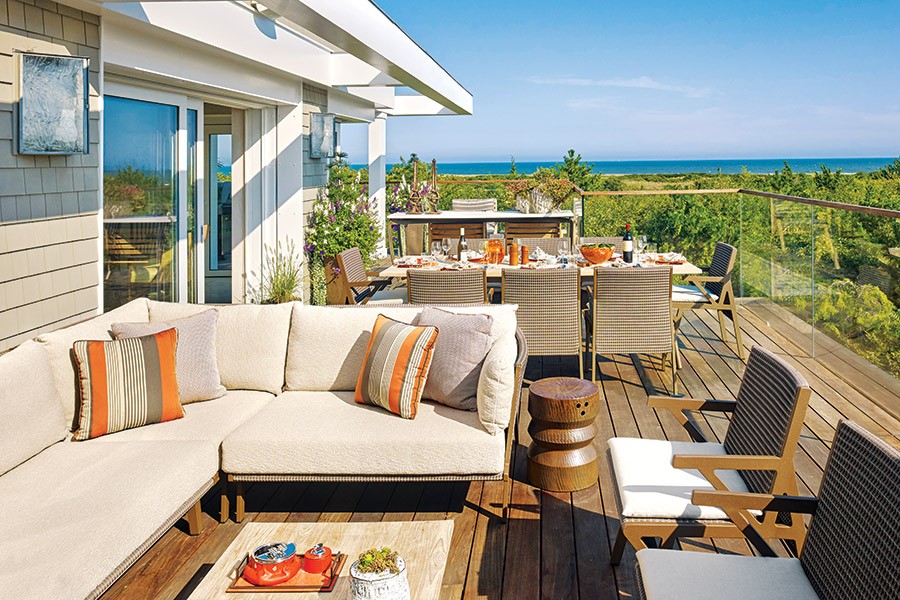 Deck: Rodgers designed the deck, an extension of the third-floor living room and kitchen, to be cohesive with both. She created a cozy outdoor space with Kettal tables and chairs, a Tucker Robbins Zig Zag side table, and Jim Thompson Fabrics pillows. Photography courtesy of Halkin Mason Photography

Interior designer Marguerite Rodgers had been making minor updates to her client’s 12,000-square-foot Shore residence — flipping the nursery to a child’s room here, updating cabinetry in the gym there — each winter since he and his wife first moved in back in 2008. But in 2015, the owners were ready for a full-scale renovation, a massive project that took two years.

With the help of Moger Mehrhof Architects as well as Hess Landscape Architects and Sean O’Connor Lighting, Rodgers was able to take the already great shingle-style home to the next level. They worked together to transform the decor while also tackling some large-scale changes, like adding a private stairwell to the back of the house for easier access between bedrooms, installing soundproof acoustics (since the interior is very open), and planting lush greenery outdoors to soften the commanding facade.

Rodgers says it’s rewarding to see the property — not just a summer retreat for the family, but a second home year-round — being utilized to the fullest extent. And while the pad is no doubt top-of-the-line, Rodgers says it’s far from extravagant: “It’s modern, but it’s warm and inviting and comfortable. It’s not stark or severe in any way.” 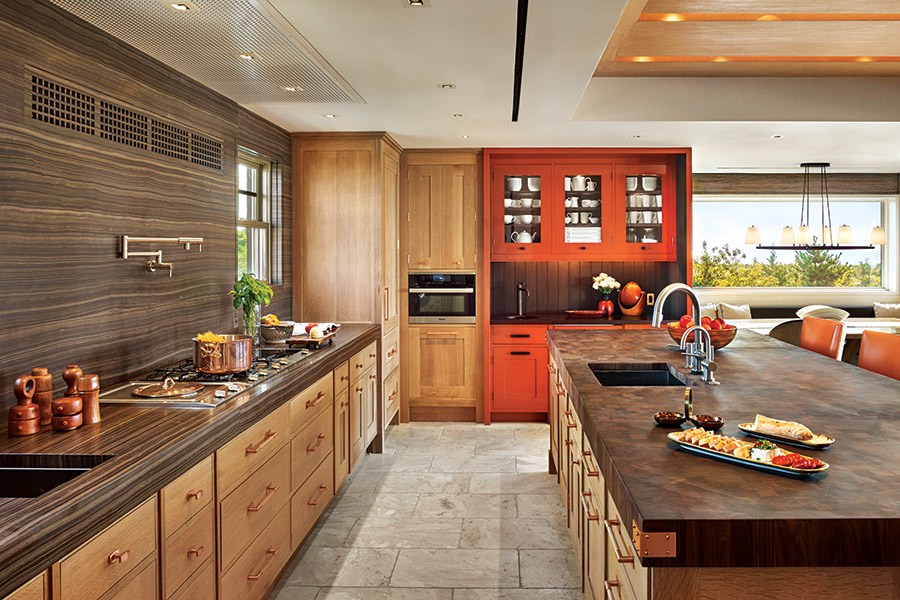 Kitchen: To keep the kitchen informal, Rodgers topped the island with a butcher block and incorporated playful burnt orange tones in the Christopher Peacock cabinetry. The Marble Crafters counter features a Miele stovetop. 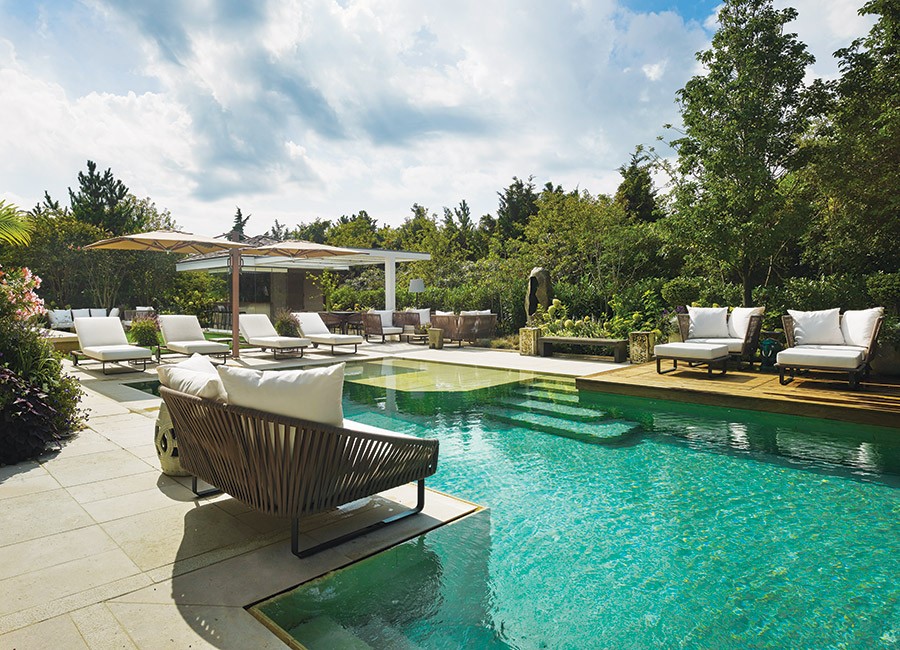 Pool: The Sinai Pearl limestone pool was built with a hydraulic floor — it lifts up to be flush with the surrounding deck — that the homeowners can raise when they host parties. 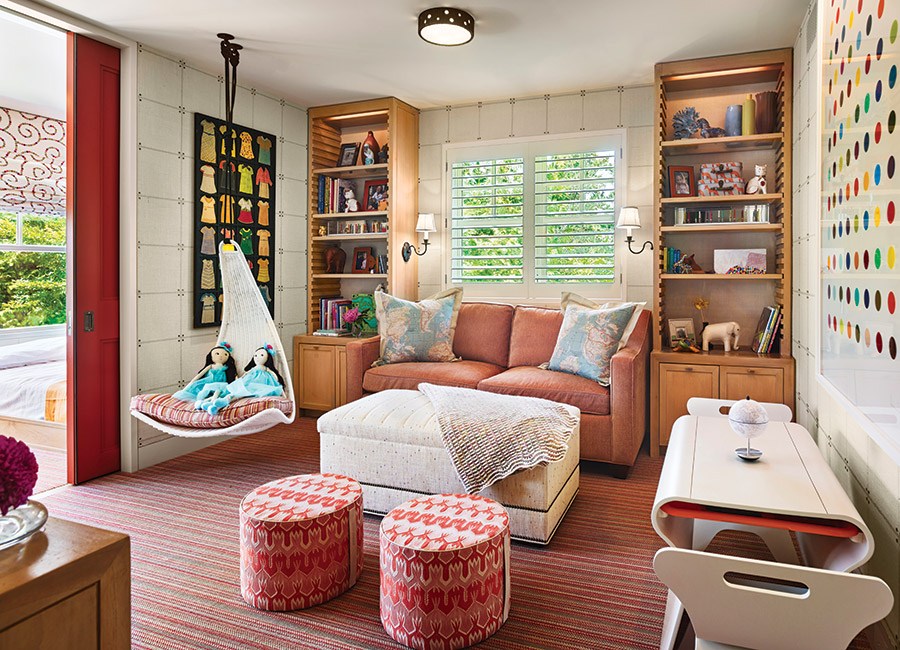 Playroom: A sitting room adjoins a bedroom for the two oldest children. Rodgers made the space youthful with fun fabrics and furniture, like an Avery Boardman sofa bed, a limited-edition Damien Hirst print she scored from Rago auction house, two Missoni Home poufs, and a Vaughan Designs light fixture.

Published as “Habitat: A Year-Round Retreat” in the July 2018 issue of Philadelphia magazine.