Smart Apartments Are on the Rise in Philly

Smart-home technology is making its way into Philly’s rental market. But will it make tenants stay put? 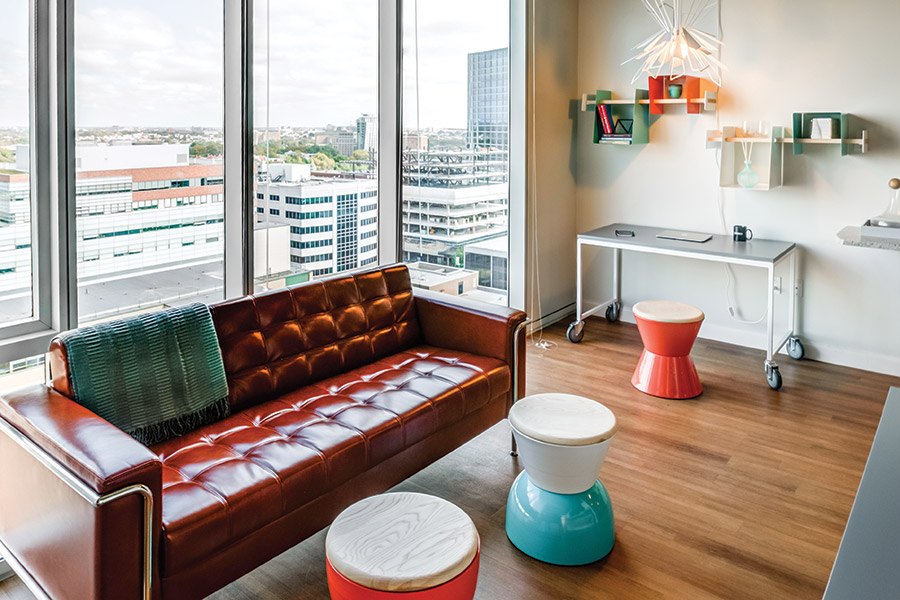 A smart apartment at 3737 Chestnut. Photograph courtesy of Kory Zuccarelli

Picture this: You’re late to the airport to fly out for a weekend conference when you realize you forgot to arrange care for your cat. But you don’t panic — instead, you grab your phone and tell your apartment to put out water and food for Buttons.

For tenants of Korman Residential’s 3737 Chestnut building, programmable pet feeding is just one of several high-tech luxuries that come built into the furnished one-bedroom “micro-apartments.” Residents can also adjust the lights and thermostat, switch devices (including robot vacuums) on and off, and activate motion sensors — all without being anywhere near their apartments. And while they’re home, they don’t need to jump out of bed to turn the lights off, open the blinds or start brewing coffee — they can ask Alexa to do all that, thanks to built-in Amazon Echo voice-command units.

This University City building is cutting-edge locally. But Marlynn Orlando, executive director of the Pennsylvania Apartment Association East, sees it as the first of many tricked-out buildings to come, noting that renters of all ages are already using apps to schedule appointments and have groceries delivered. “Smart rentals are just the next logical step,” says Orlando.

The feedback at 3737 has been positive. One resident writes: “I love the fact that I can customize my apartment from one app. My favorite is my morning ‘routine.’” Like a growing number of homeowners, she starts the day by having Alexa give her the rundown on the news, weather and traffic and set the thermostat to automatically adjust according to the time of day.

Korman Residential marketing director Pete Rushing says it’s too early to tell whether the features will lead to increased lease renewals, but there’s more at play here than just convenience. Having the latest amenities could make one building more attractive to renters than others. And landlords are competing with more than just each other: In a hot home-buying market, they’re on the prowl for innovative ways to make their tenants stay renters. Sleek tech is one way to do just that; if your smart apartment feeds your pets, makes your coffee and adjusts your heat, why would you leave for a fixer-upper in Kensington that costs the same per month?

“These are people’s homes,” Orlando says. “And people who are renting their homes want the same level of technology, if not more, that they would get in a home they buy.”

Published as “Bells, Whistles and Roomba” in the May 2018 issue of Philadelphia magazine.