Welcome to the Bland New World of Philly Development

Not long ago, building in this city was dominated by big-name developers whose projects transformed the way whole neighborhoods thought of themselves. Those days appear to be over. 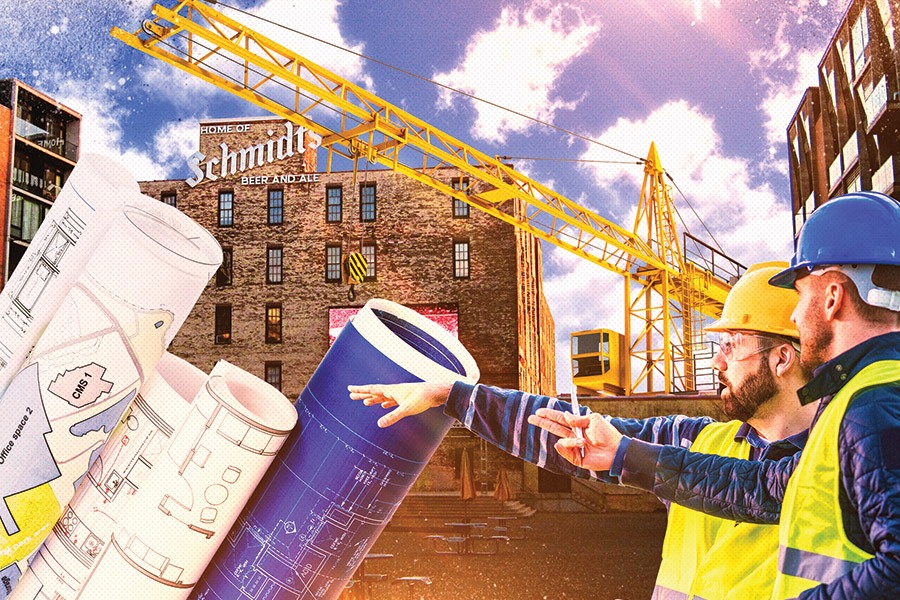 Earlier this year, Bart Blatstein, the developer best known for building the Piazza at Schmidt’s in Northern Liberties and a personal Rittenhouse Square mansion, announced his newest plan: 1,200 apartment units on his last vacant lot adjacent to the Piazza.

Though this latest proposal — which, like the Piazza, has retail and its own central plaza — boasts three times as much housing as its neighboring development, it hasn’t really captured the imagination of NoLibs, let alone the city, the way it might have just a few years ago. We’ve become accustomed to new construction projects — big and small, bold and boring — as simply a part of life. And it’s worth pausing to consider what that means.

It wasn’t long ago that building in this city was dominated by big-name developers whose projects transformed the way whole neighborhoods thought of themselves. In the late 1980s, Willard Rouse took the lid off the skyline with One Liberty Place. Tony Goldman’s work on 13th Street in the late ’90s helped create the contemporary perception of “Midtown Village.” Carl Dranoff’s Left Bank in University City was considered a major gamble in 2001. And Philly had nothing like the Piazza when Blatstein opened it in 2009.

In that era, at the end of a decades-long population decline, real estate development was thought of as a risky venture. Out-of-town builders largely stayed away from the city, deeming it either too expensive or too corrupt for them to get a predictable return on investments here. So the people who did build were considered visionaries. And their work — say what you will about its architectural or urbanistic qualities — recalibrated the city’s sense of what was possible. 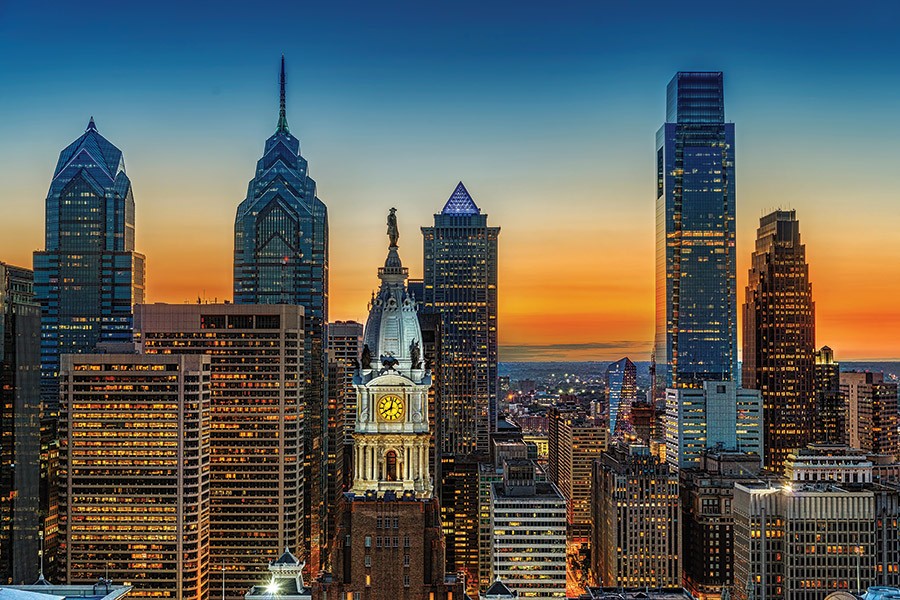 What would William Penn — or Willard Rouse — think? Photograph courtesy of R. Kennedy for Visit Philadelphia

Over the past decade, though, as the national economy and the city’s population rebounded, there’s been a big shift in the kinds of projects that get carried out here. Financiers see the city as a safer bet and are lending money for projects that are filling vacant gaps downtown. Small-time builders are laying down residential projects in neighborhoods that saw no investment for years. There are still vast swaths of the city where the big money won’t go, but in and around Center City, the risk-taking developers are being overshadowed by the very thing they were once celebrated for working without: a genuinely viable real estate market. And the shape of the city is increasingly being determined by safe bets rather than risky ones.

Look no further than the northeast corner of Broad and Washington. It’s been nearly four years since Blatstein first shopped his proposal for a mega-development with everything from apartment towers to a fantastical rooftop village. The lot is still vacant. Across the street, the comparatively sober 322-unit Lincoln Square project — announced just two years ago — is nearly complete.

Cities should be careful not to glorify developers, whose business is built on extracting more from land than they put into it. And there’s no inherent virtue in bigger risk. But in a hot real estate market like Center City’s, there’s no particular reward for creative thinking. If the turn-of-the-century city is remembered for being dominated by white men of dubious taste, our decade is likely to be remembered for its fake bay windows.

Two years ago, architect Cecil Baker told me that while he didn’t necessarily understand Blatstein’s rooftop village, he gave him credit for pursuing it. At the time, I took it as a token gesture of collegiality between professionals. But as largely monotonous development has spread throughout the neighborhoods near Center City, it’s made more sense. A rooftop shopping center may be an absurd concept (it is!), but it’s one that sprang from somebody’s idiosyncratic worldview, rather than from a spreadsheet.

Published as “The Last Days of the Visionary Developer?” in the May 2018 issue of Philadelphia magazine.