The serial builder of this home loves 'em and leaves 'em, but he never really forgot his second love. Now it can be yours, and no one will know you own what may be the coolest house in Northern Liberties until you invite them in. (Unless they read this first.) 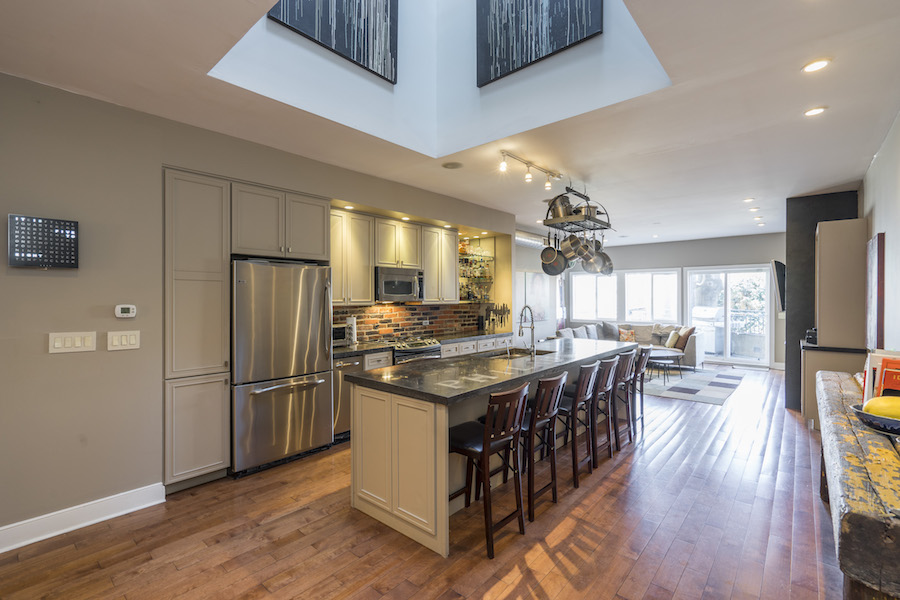 Builder Chris Sincavage didn’t want his second home in Northern Liberties to stick out like a sore thumb.

So when he got around to turning a wide rowhouse on Poplar Street into his own pleasure dome, he left its outside alone.

Which means that you’re in for a big surprise when you walk in the front door. 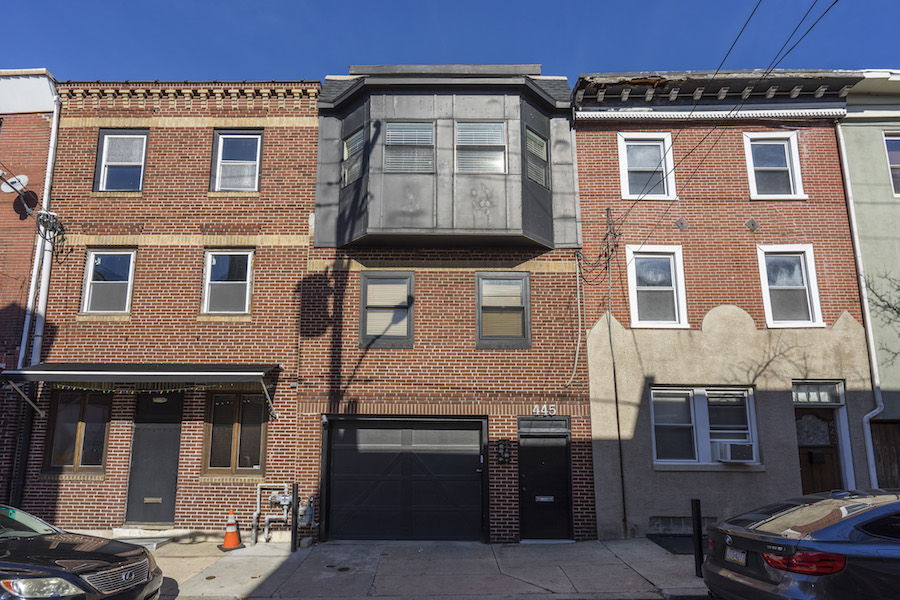 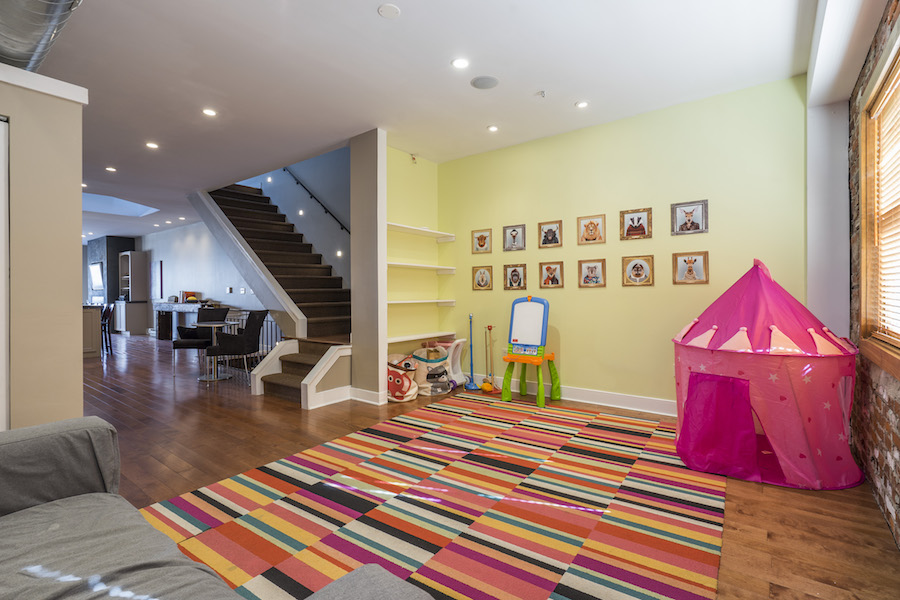 Built in 2007, this home was the second home he built for use as his own residence in Northern Liberties. The pattern, he says, is this: “I came into Northern Liberties around 2001. I got on this roll where I was buying a house, living in it for three or four years, then moving on.”

This serial-builder pattern keeps him in practice for when he builds or remodels homes for other individuals, his main line of work.

And in the meantime, people like you get to live in true designer homes when he leaves them.

Sincavage left this home in the care of its current owner around 2013, and now that owner is passing the legacy on to you.

This home has several distinctive features that make it a standout in disguise, and Sincavage shared them with us.

His two favorites are the fourth floor and the main living space on the second floor. 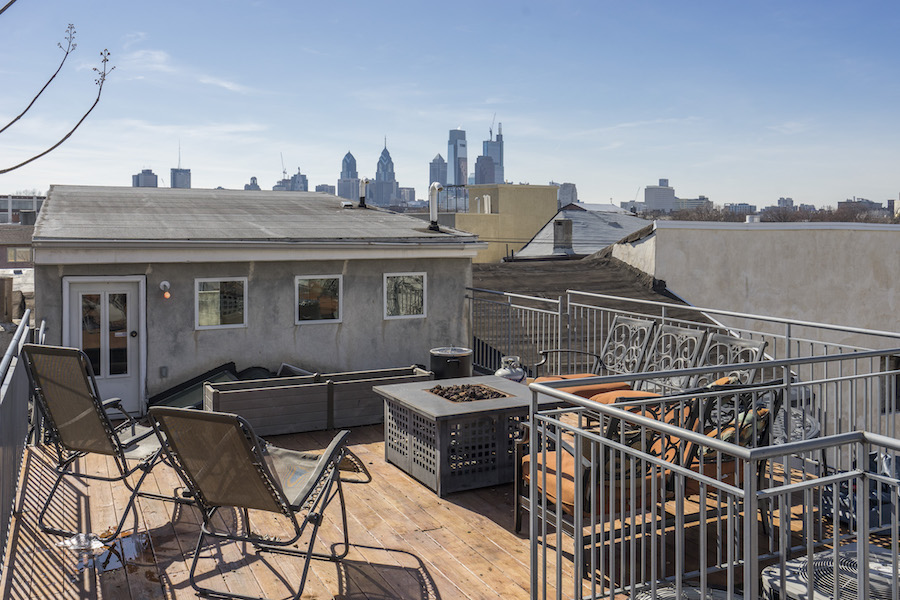 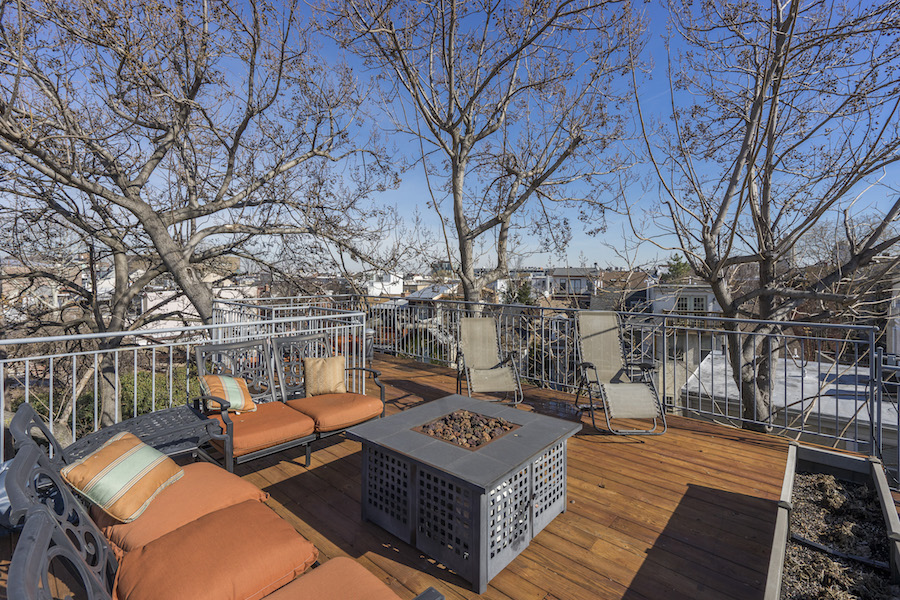 “The greatest aspect of this project was going into this old, battered house, going up to the roof and seeing the panoramic view of the city,” Sincavage said. “It was spectacular.” And at the time, very few NoLibs houses took advantage of their views. 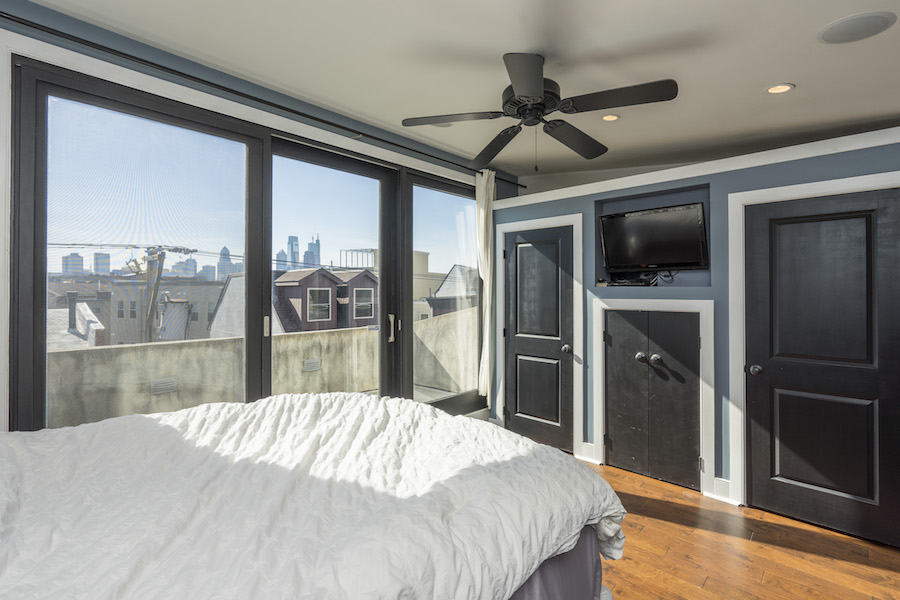 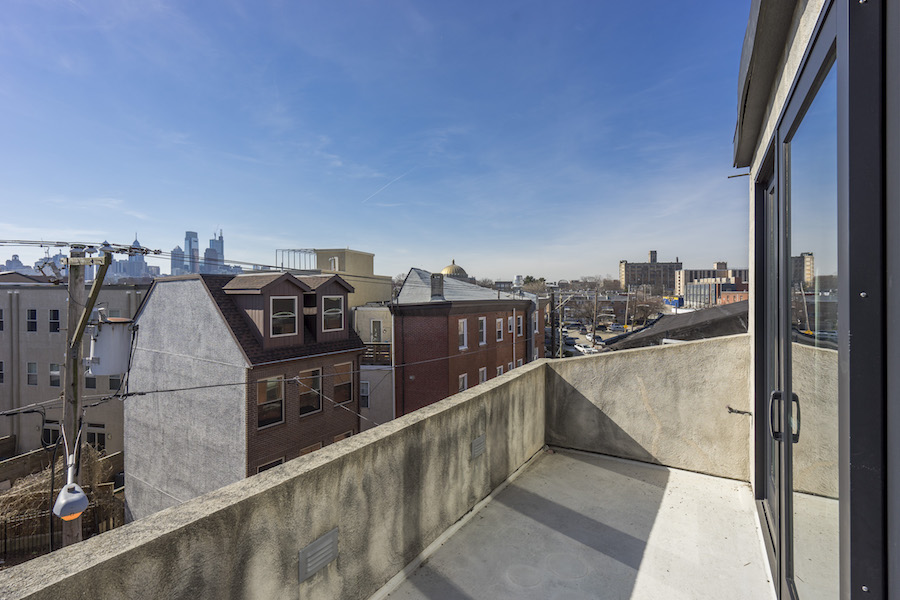 “So I built a suite on the fourth floor with a bedroom, a bathroom, a deck in the back and a fiberglass terrace in the front. From all of them, you get the panoramic views.”

The main living space has two distinctive features. The most dramatic one is the atrium skylight in its middle, over the kitchen island. 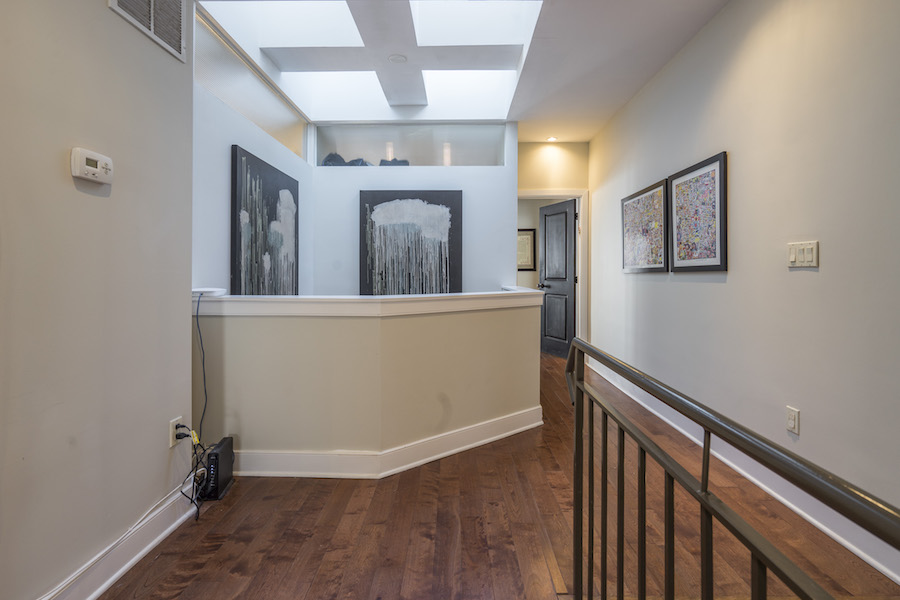 “The problem with 60-foot-deep houses like this one is that you get windows in the front, windows in the back and it’s dark in the middle,” he says. So he cut a hole in the third floor and installed a four-light skylight in its ceiling that brings natural light down into the kitchen. Frosted glass panes atop the interior walls of the third-floor bedrooms let them capture some of this light too. 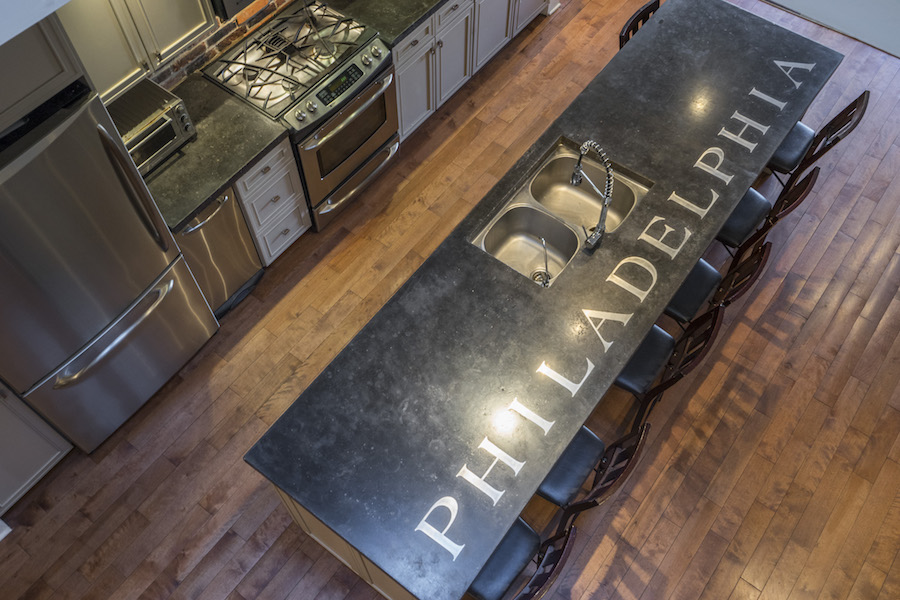 The light from the sky above lands on Sincavage’s other favorite feature, the custom-made concrete countertop in the kitchen island. “This was part of an experimental project where we made concrete countertops in our garage,” he said. This one stands out both for its size — 40 inches wide and 11 feet long — and for its inlaid stainless-steel letters that spell out “Philadelphia.”

Visiting friends, he said, loved this conversation piece. “They loved to slide beer bottles down the letters,” he added. 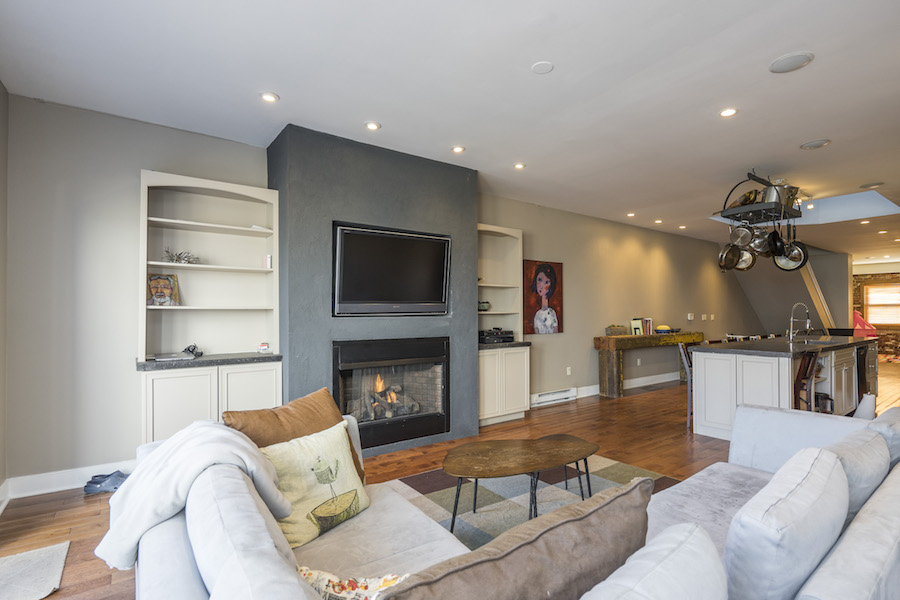 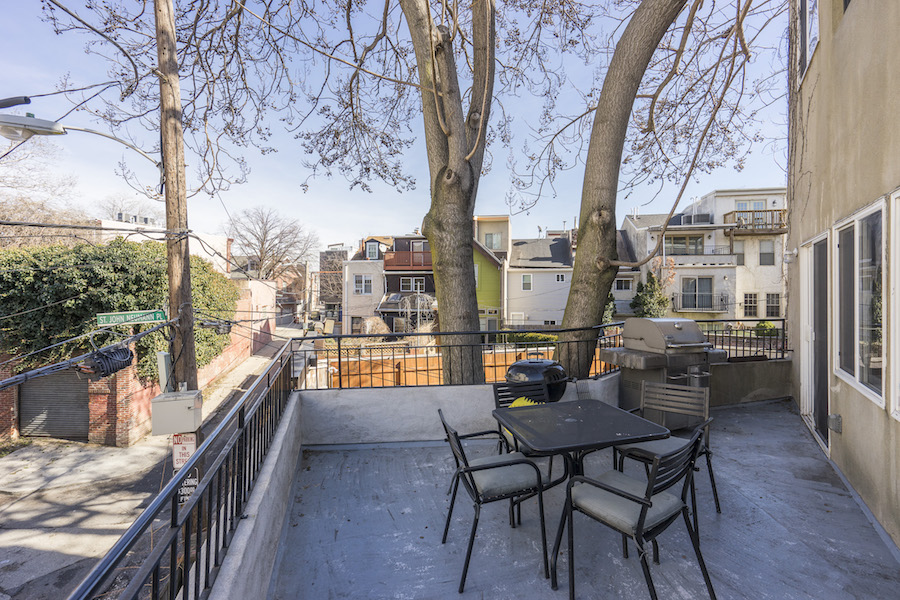 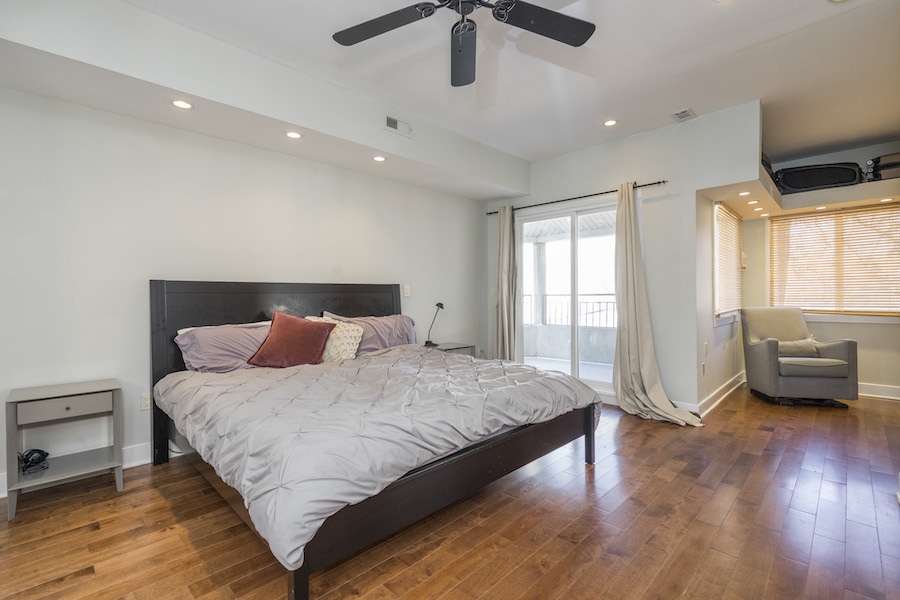 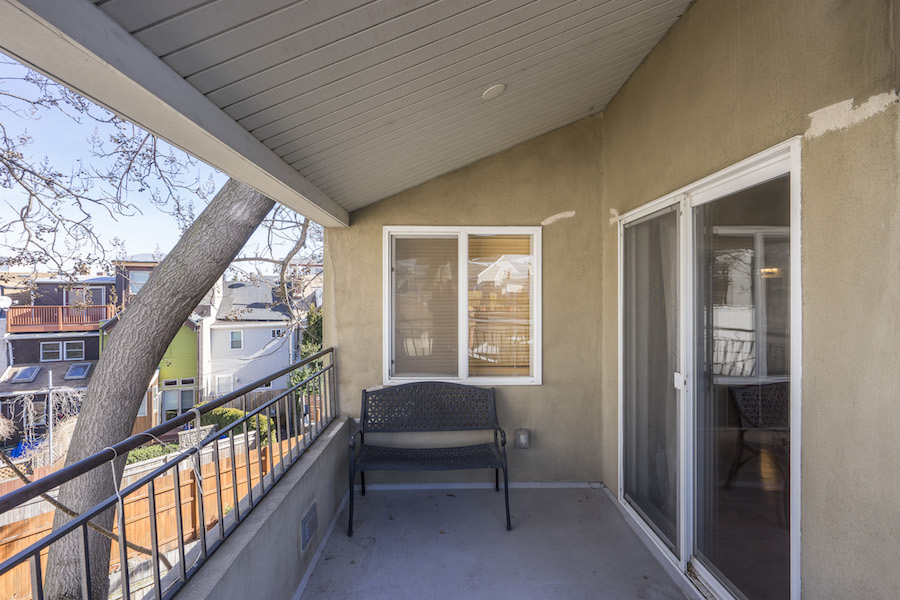 In addition to those top-floor decks, this home also has an open balcony off of the living room in the rear of the second floor and a covered balcony off the third-floor master bedroom. Every bedroom has its own bathroom as well. 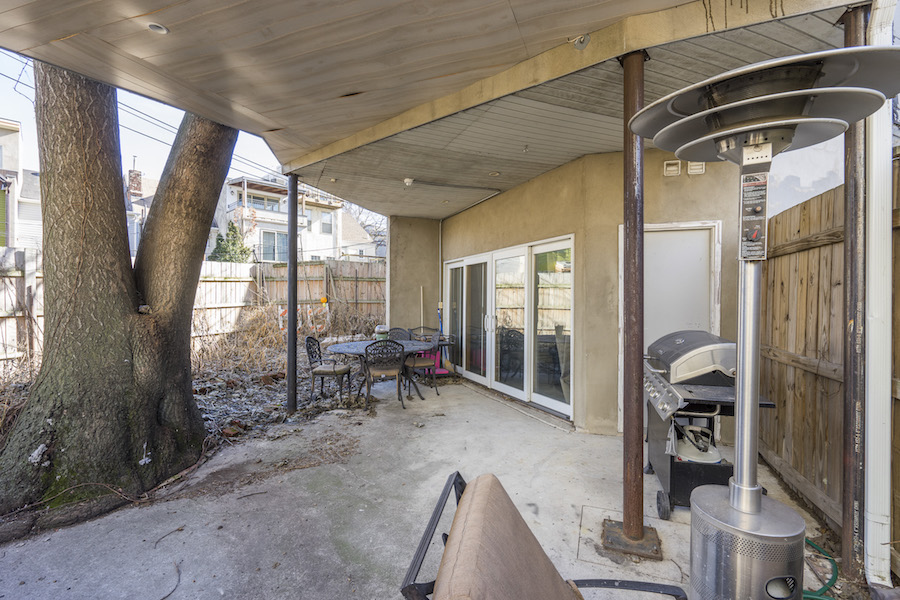 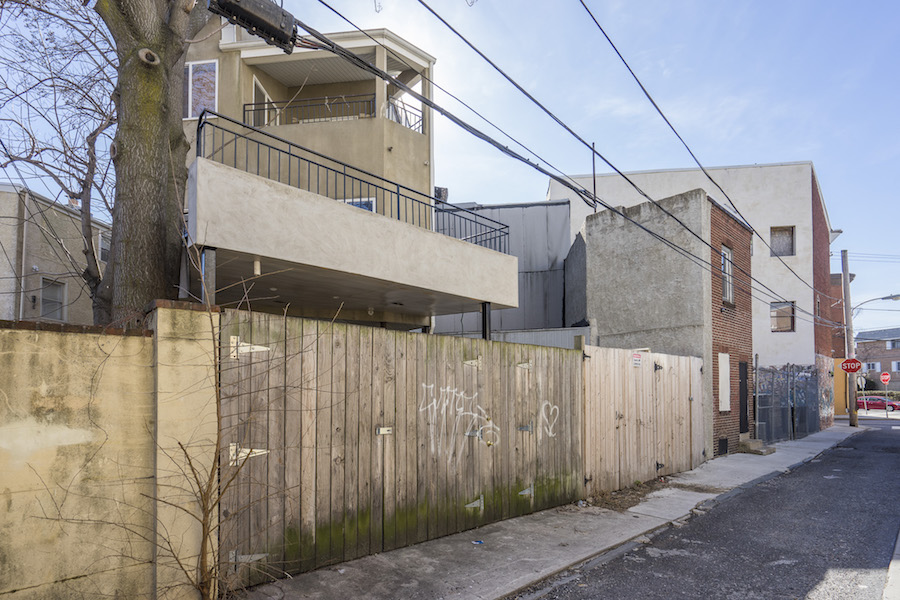 The house also comes with a first-floor in-law suite with its own kitchenette, bathroom and entrance off St. John Neumann Way. It’s currently rented out, and you could continue to rent it and have your tenant pay part of your mortgage. Or you could use it as a guest suite as Sincavage did. (Offer it on Airbnb and it could still pay a piece of your mortgage.)

And while Sincavage didn’t speak of this in the same glowing terms he spoke of the rest of the house, he did recognize that its most prized feature might be the three parking spaces that come with it. Two are in the garage that fronts on Poplar, and the third is on a paved terrace in back. That third space is currently rented to the occupant of the in-law suite to which it’s attached.

OTHER STUFF: While this home is on Northern Liberties’ quieter west side, you still enjoy convenient access to both the neighborhood’s main shopping and entertainment districts on Second and Third streets and to closer-at-hand local favorites like Honey’s Sit ‘n’ Eat, two blocks away at Fourth and Brown, and Bardot, right next door.