The Case for Raising the Roof on Philly Rowhouses

City dwellers are building up rather than moving out. And while the add-ons might wreck the rhythm of our rowhouse blocks, they beat the alternative. 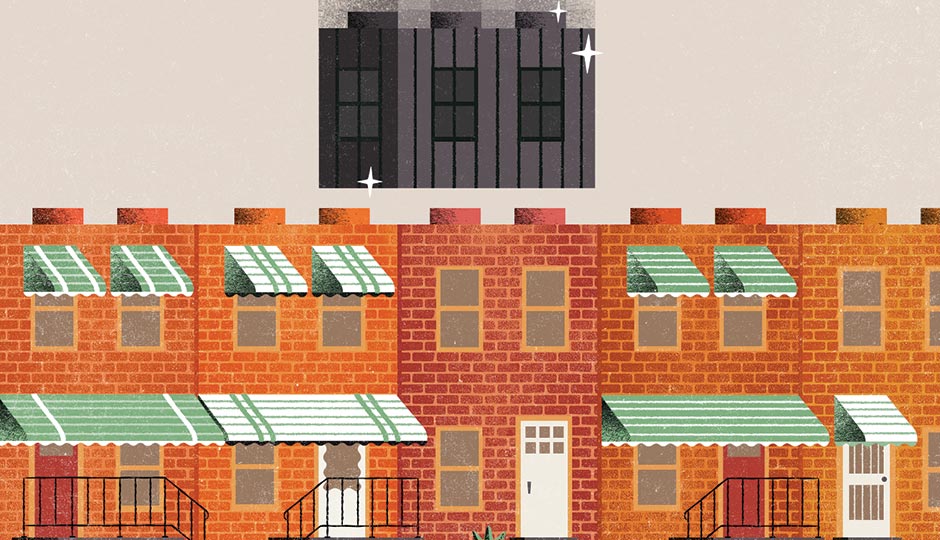 Maybe you know a Philly couple with this dilemma: They’re thrilled with their rowhome but need a tad more space — maybe there’s a kid on the way, or they’re desperate for a home office. Upgrading is getting expensive in this town, though, and in contrast to the days of yore, they aren’t interested in fleeing to the ’burbs. So they build up, adding a third story, often with a roof deck. The city’s 2012 zoning code overhaul, which increased the height limit for rowhomes from 35 to 38 feet, has made this option increasingly prevalent.

Developer Philip Katz even changed careers to build a business out of such transformations. In 2012, when kids were imminent, he and his wife decided to raise the roof on their Bella Vista rowhouse instead of moving. “Six months later, we had 600 more square feet of customized space, two roof decks with spectacular views of the city, and a refinance appraisal that brought us $2 back for every $1 we put in,” Katz wrote on his 3rd Story Philly website. Building up saves money, says Chris, a 43-year-old sales executive who asked that his last name not be used. He lives near Katz and is about to add a floor to his own home: “A 2,000-square-foot three-bedroom, two-bath home in this neighborhood will run anywhere from $600,000 to $850,000. You can save $150,000 to $200,000 by adding a floor instead of moving.”

With all these advantages, who could possibly object? Not surprisingly, the neighbors — usually, says Katz, because an addition might block their view. Others have kicked up a storm about dealing with six months of construction noise and dirt. And, he adds, “It’s in our DNA to put up a fight” when change comes.

Aesthetes also worry that these add-ons will spoil the harmonious look of many rowhome blocks. Even the zoning code recognizes this, in a provision that calls for an eight-foot setback if a third story is added to a house whose neighbors have only two. But even with the setback, you can still see that add-on from the street — and once one house has three stories, its neighbors are free to tack on third floors with no setbacks.

Objections aside, there’s a reason this trend is a good thing. “It’s in the city’s best interest to have this happen,” says Chris. “People want to stay in the city. There were zero kids on this block when we moved here. Now there are 10, with more on the way.” They have to live somewhere. And if third-story add-ons mean that somewhere is in Philadelphia, then bring them on.

Published as “A Tall Tale” in the December 2017 issue of Philadelphia magazine.