Was There Really a “Philadelphia School of Architecture”?

Izzy Kornblatt and Jason Tang — two students who organized an exhibit at Penn on this very topic — make their case. 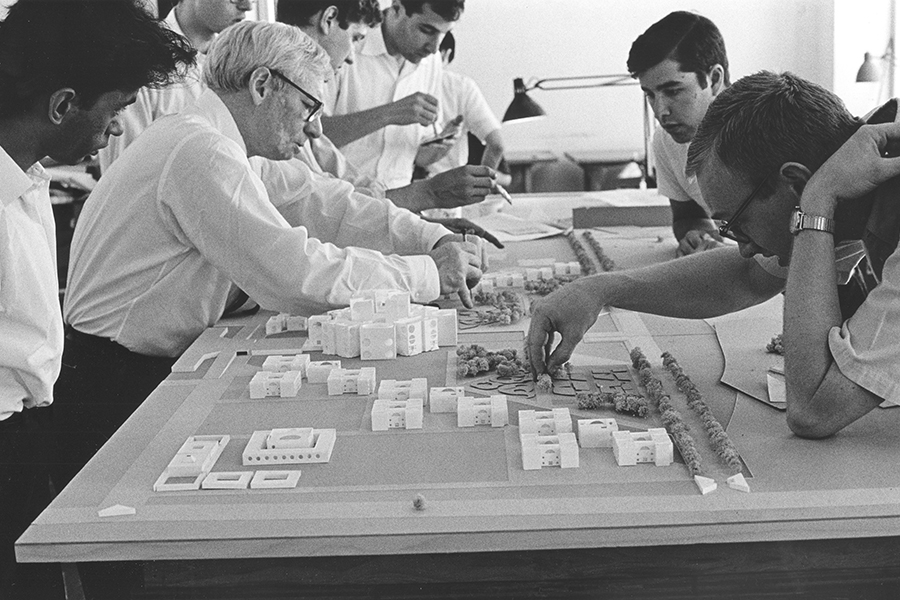 So, what is the “Philadelphia School”?
J.T.: Writings about Philadelphia architecture allude to it as a loose collection of prolific architects who happened to be in Philadelphia — specifically at Penn — in the 1960s.
I.K.: These architects rejected the ideal of an isolated tower set back on a plaza decorated purely in a “modern” manner — they thought that was simplistic and boring long before the rest of the world noticed.

Who exactly are we talking about here?
I.K.: The most famous are Louis Kahn, Venturi Scott Brown and Mitchell/Giurgola. One of our goals, though, is to bring to light less famous figures such as John Bower, John Rauch and Robert Geddes.

How did they transform the city?
J.T.: Philadelphia School buildings preferred to fit in instead of shape cities. As a result, there are few grand PS buildings; even where monumentality was needed, the architects deferred to their surroundings.

Why is it important to acknowledge this movement?
I.K.: It’s an important part of why Philadelphia looks the way it does — it’s unique and hugely influential. Philadelphia School ideas proved so powerful that you can now see their stylistic signatures in every city in the world.

New York and Chicago are great architecture towns. How about Philly?
I.K.: We have a richer architectural legacy — not a more famous one, but one that’s richer in terms of original ideas and shaping contemporary architecture. And Philadelphia’s future is far less defined than that of those cities. We already have a sense of what 21st-century New York looks like, but Philly is still in the process of reinventing itself.

Published as “Philly Gets Schooled” in the November 2017 issue of Philadelphia magazine.