Thinking of Flipping Houses Here? You’ll Clean Up, But It’ll Cost You

A new study finds that house-flippers in Philadelphia realize a 107% gross return on their investment on average. But they shell out for the improvements that produce that return. 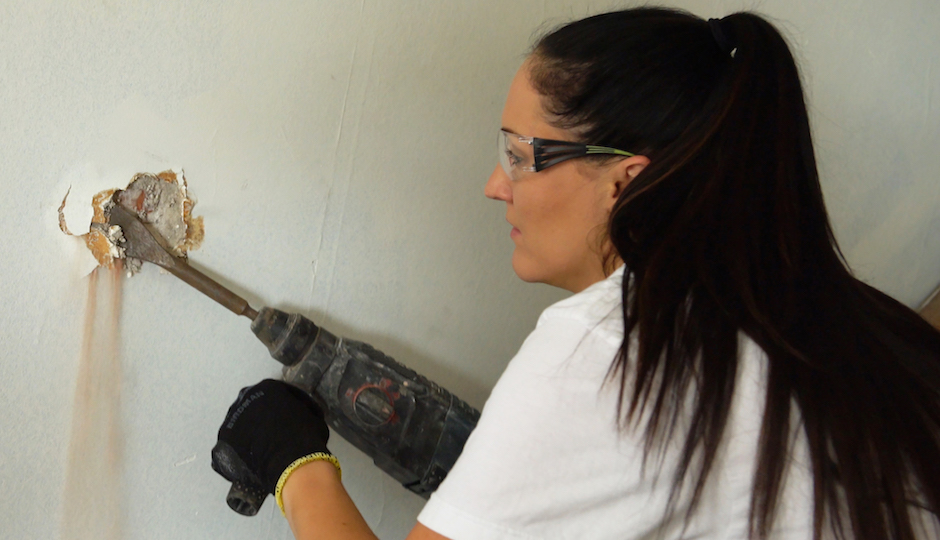 You too could make a living flipping houses in Philly, like Rachel Street of “Philly Street Flippin'” does. Be prepared to pay a good chunk of change up front, though, before reaping those huge profits — or learn to do some work yourself, as Street does here. | Photo: The Michael Group

Philadelphia’s affordable (by big-city standards) housing stock turns out to be an ace in the hole not only for would-be home buyers but for would-be house flippers as well. But according to a study recently released by the financial-advice site WalletHub, that huge advantage comes with an equally large downside: high renovation costs.

The two factors together landed Philadelphia near the bottom of the middle of the pack when WalletHub ranked the 150 largest cities in the US for their potential for happy house-flipping. While the city placed third for market potential, based largely on its whopping 107.3 percent gross return on investment, a first-place figure shared by four other cities at least — its remodeling-cost and quality-of-life rankings were near the bottom: 111th and 126th out of 150, respectively. Thus the city ranked 87th overall as a place where house-flippers can realize their goals.

Helping things along: a relatively high median purchase price, a respectable number of real estate agents per capita and house flips as a percentage of sales, great access to parks and playgrounds (eighth-best of all the cities) and kitchen remodeling costs that were just about dead center (76th out of 150). Obstacles included poor school rankings (130th out of 150), high bathroom and full-home remodeling costs, high unemployment, low family-friendliness, and low median salary adjusted for the cost of living.

“In order to calculate the average gross return on investment, we divided the gross flipping profit by the first purchase price, meaning that in Philadelphia flippers get the best return on their investment even though the average full remodeling costs are quite high,” said WalletHub analyst Jill Gonzalez. “It’s also important to note that median purchase prices are pretty low in Philly, leaving more room for a hefty return.

“House-flippers should be aware that although Philadelphia has great market potential, it has high renovation and remodeling costs,” she continued. “They could end up paying, on average, almost $15,000 just for a bathroom remodeling and over $228,000 for the full house. These high costs are somewhat influenced by the fact that construction workers in Philly are expensive, with annual salaries averaging above $56,000.”

Gonzalez also noted that the quality-of-life millstones diminish in importance simply because the city is so large. “Many newcomers to the area simply need to live there, which is great for house flippers,” she said. “Potential buyers are not necessarily choosing between cities but narrowing down housing options within a certain city they’re already set on.”

WalletHub’s study examined costs and returns in the named cities only, not their metropolitan regions.

Another potential advantage for those considering getting into house-flipping here now is the tightness of the housing market. Given the extremely low inventory and high demand, it’s quite possible that a would-be flipper could acquire a house in need of major work, pay handsomely for it, and still profit handsomely from it if the home is in a neighborhood where demand is strong or growing.

But as WalletHub still advises, aspiring house-flippers in Philly should still do their homework before taking the plunge. WalletHub has the complete rankings and details about the methodology on its blog.