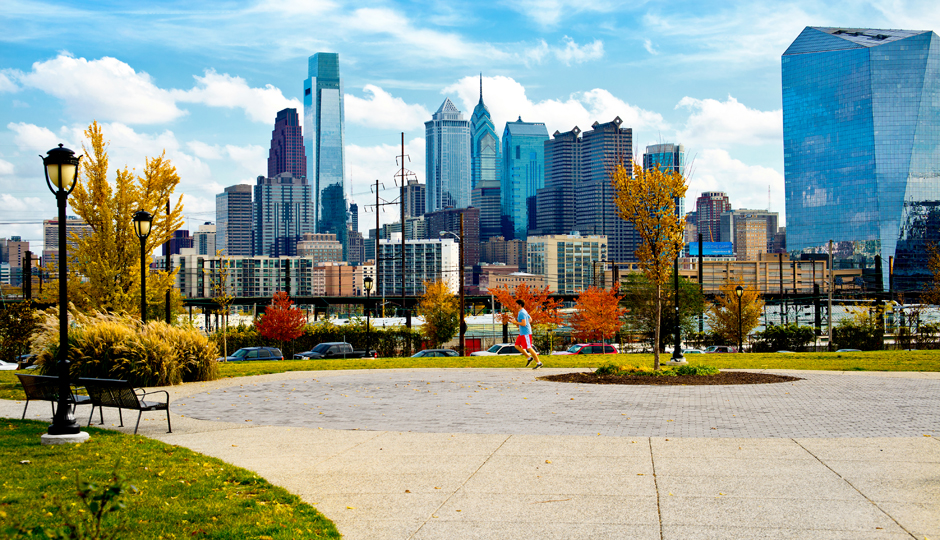 How green is Philadelphia? Pretty darn green, according to the researchers at CBRE and Maastricht University who produce the annual Green Building Adoption Index.

But we’re not quite as green as we were last year.

We’re not talking about trees and grass here, but rather ecologically sustainable, energy-efficient construction. Philadelphia ranked 11th on the fourth annual index, slipping a bit from last year’s 10th-place ranking.

The Green Adoption Index ranks the nation’s 30 largest commercial real estate markets based on the percentage of total square footage that is “green certified,” meaning it either has been LEED certified by the U.S. Green Building Council or has received the Energy Star label from the Environmental Protection Agency.

In 2017, the survey found that 37.9 percent of the region’s office space is green certified, down slightly from last year’s 39.2 percent figure. When broken down by type of certification, it turns out that the city is a laggard on the sustainable-building front but a star performer in energy efficiency. Only 2 percent of buildings in the local market, representing 8 percent of all office space, are LEED certified, a performance that would make Philadelphia the 27th greenest of the 30 cities. But its performance on the Energy Star metric places it well into the top 10 in both the number of buildings and percentage of space certified.

Some buildings that had been LEED or Energy Star certified in previous years no longer are, which accounts for the decline in the rankings.

One factor the research team found important in boosting a region’s green adoption was the existence of local energy disclosure and benchmarking ordinances. Philadelphia and nine of the top 10 cities all have such ordinances; Philadelphia’s took effect in 2012 for buildings with 50,000 square feet or more of space and was expanded in 2015 to cover multifamily structures.

“While it is still too early to make a definitive correlation between benchmarking ordinances and the rate of growth in ‘green’ buildings, this year’s findings do begin to establish a link that will be studied closely in the future,” David Pogue, CBRE’s Global director of corporate responsibility, said in a news release.