A Room of One’s Own

After years (and years) of open floor plans reigning supreme, are we finally seeing the return of the room? 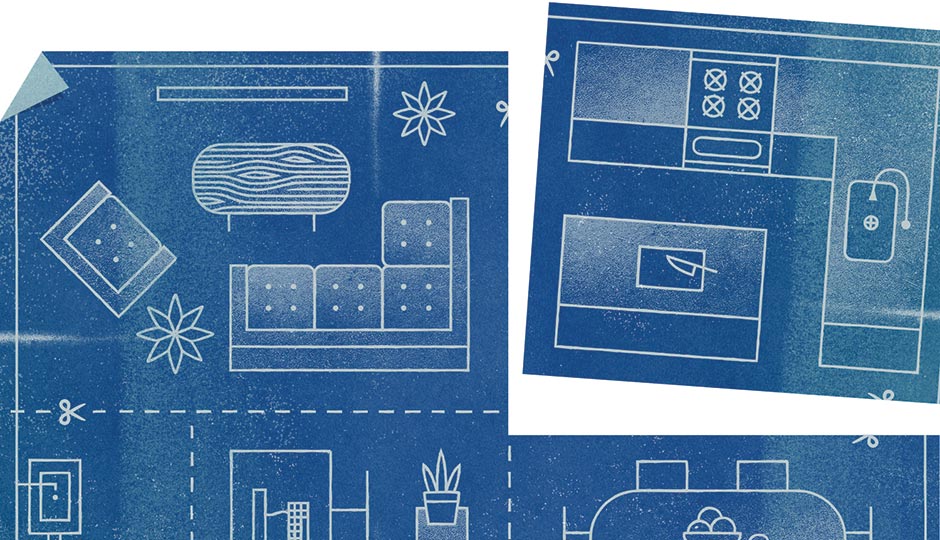 Open-plan main floors have been so popular for so long with both builders and buyers that anything else is hard to find — at least, in new or newly renovated homes. “I think open plans have been desirable for buyers here because homes are so narrow. They allow for the best entertaining,” offers Kelly Straka, owner of interior design firm Lux-Living and builder-broker Custom Philly Homes. And if the slew of house-flipping, home-improvement and house-hunting shows on HGTV is any guide, it’s not just Philly: All the world loves (and wants) an open floor plan.

“In an open plan, if the TV’s on, guess what rules, regardless of what else is going on?” says Mark Schrader, founder and owner of Living Spaces Interior Designs. Of course, it’s not just the TV ruling the room anymore; we’ve got our Echos, our Sonos speakers, our portable technology — all reasons Schrader thinks buyers are beginning to tire of the open plan. “There’s no way to create a private space, or a space in which many people can do different tasks,” he says. “Once you start adding other tasks, the one that’s the noisiest — or the smelliest — ends up dominating the space.”

This was the reasoning that led Lisa Dussault, who recently relocated from Chicago to Washington Square West, to hold out for a place with separate rooms on its main floor. “Everyone has a public self, a private self and a work self, and there’s also that self inside your head that’s always critical,” she says. “You have to give all those selves a space.” Her online search for a home prior to moving turned up dozens of rehabbed units with open floor plans, but only one that had the layout she wanted at a price she was willing to pay.

Buyers like Dussault are increasingly common, says Schrader; what’s more, many who have bought open-plan homes later experience “buyer’s remorse”: “But the buyers won’t say that to anyone because they’re supposed to like it.” It’s the builders, he says, who really prefer open designs: “They’re making the place seem larger while they’re saving money on construction and selling it for the same price.”

Still, Straka sees at least one trend on the horizon that may break the stranglehold of the open plan: the return of the “stacked house.” “Essentially, it’s the idea of the old trinity houses where each floor has only one or maybe two rooms,” she says. “The difference is that the homes are getting taller, not just two or three stories.”

At least that would keep the smells in the kitchen and peace wherever the TV isn’t.