Trinity Tuesday: Huge and Historic in Old City for $750K

Four bedrooms, three full baths, and 2,600 square feet of space. Sure this is really a trinity? Yep - there's that staircase. 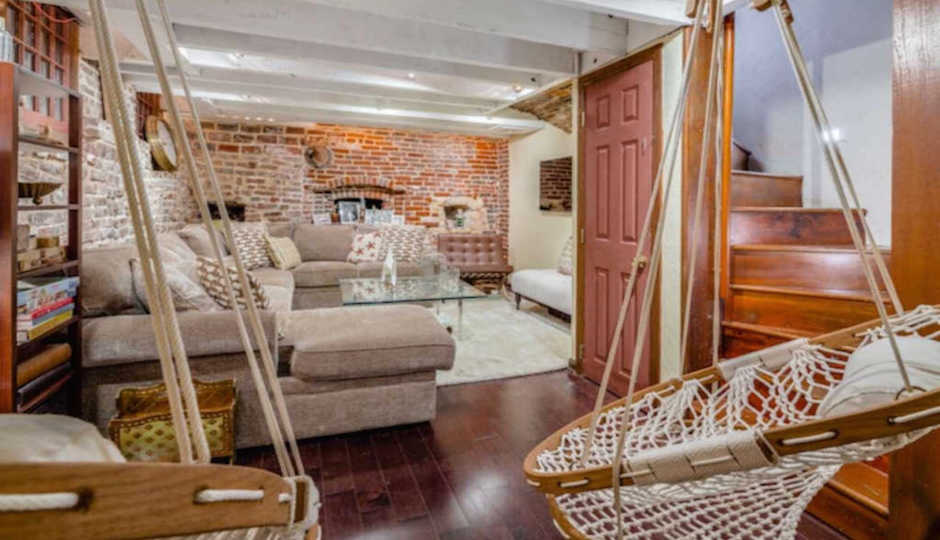 A trinity house in Elfreth’s Alley? It doesn’t get much more Philadelphian than that.

This expanded trinity maintains plenty of its traditional elements, most notably the trinity staircase, but these elements are balanced out by many new upgrades. First and foremost, each floor has multiple rooms, giving homeowners much more space than they would have in the average trinity. Enter into the living room, which is followed by a dining room and then an eat-in kitchen. From the kitchen, head outside and enjoy the nice yard space. The second floor is home to the master suite and a den. The third floor has two additional bedrooms, a sitting room, and a bathroom.

Even cooler, the third floor is also home to an enclosed stairway that takes you to a rooftop deck. We can only imagine the praiseworthy views that this trinity’s desirable location will give you.

Another bonus of this trinity is its fully renovated basement, which serves as a family room and has a trendy exposed-beam ceiling. There is even a large brick oven down here where the original homeowners baked bread for the neighborhood (um, cool!).

This thoroughly Philadelphian trinity was on the market last summer. It’s being offered once again at a more attractive price. It’s not that often that an opportunity to live on America’s most historic residential street comes around, so if that appeals to you, you just might want to act now. 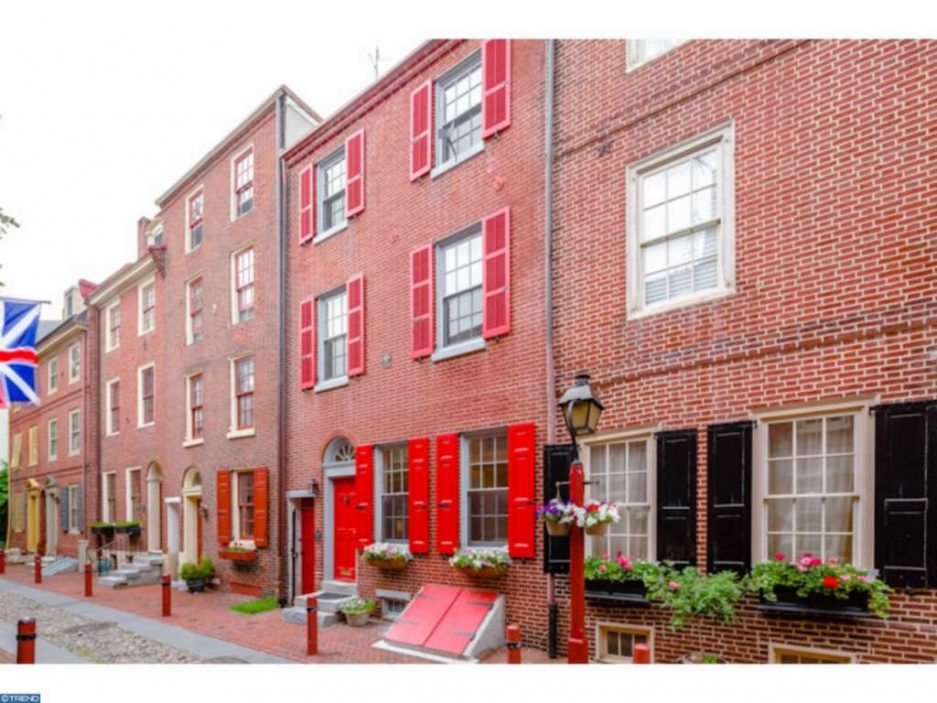 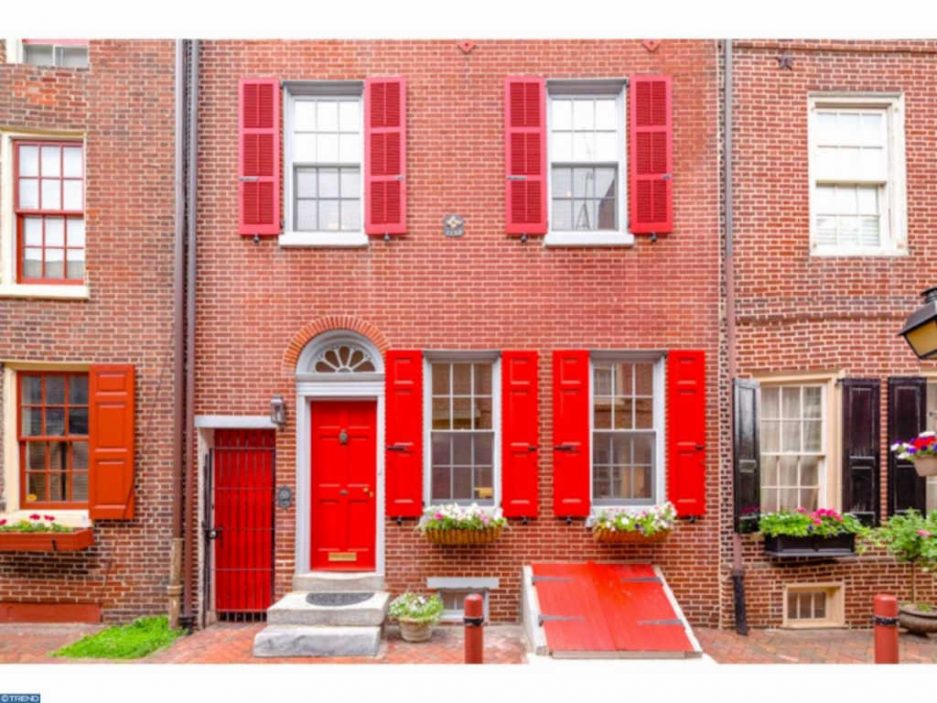 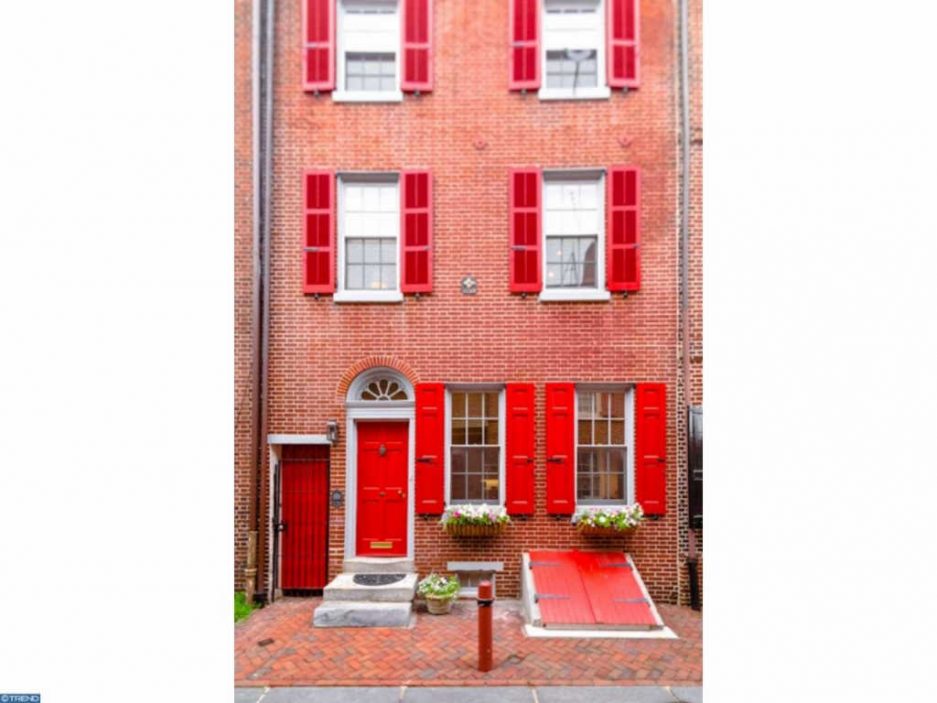 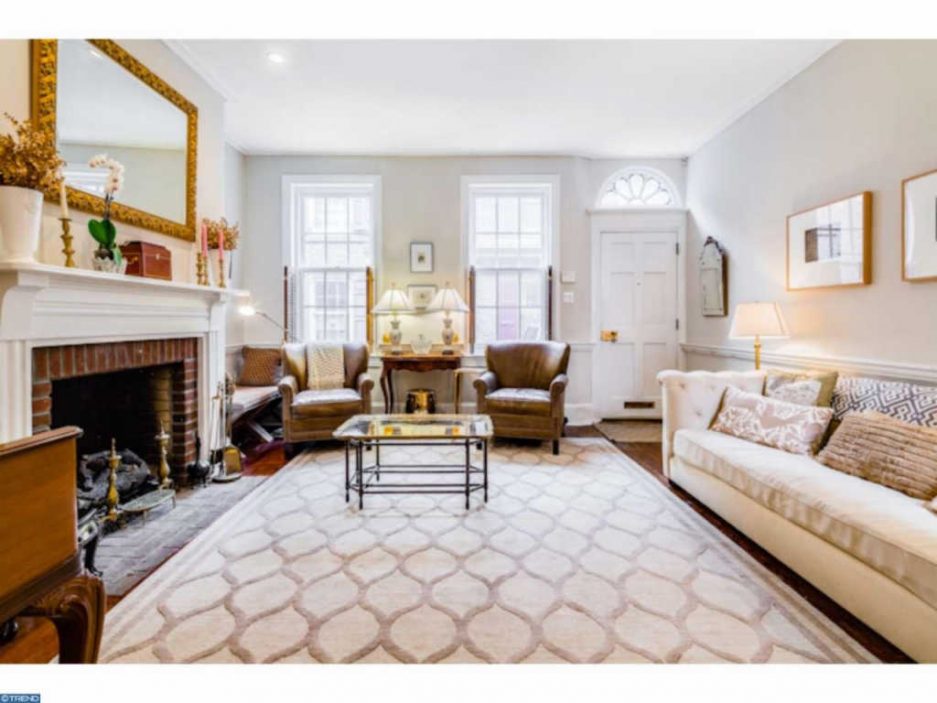 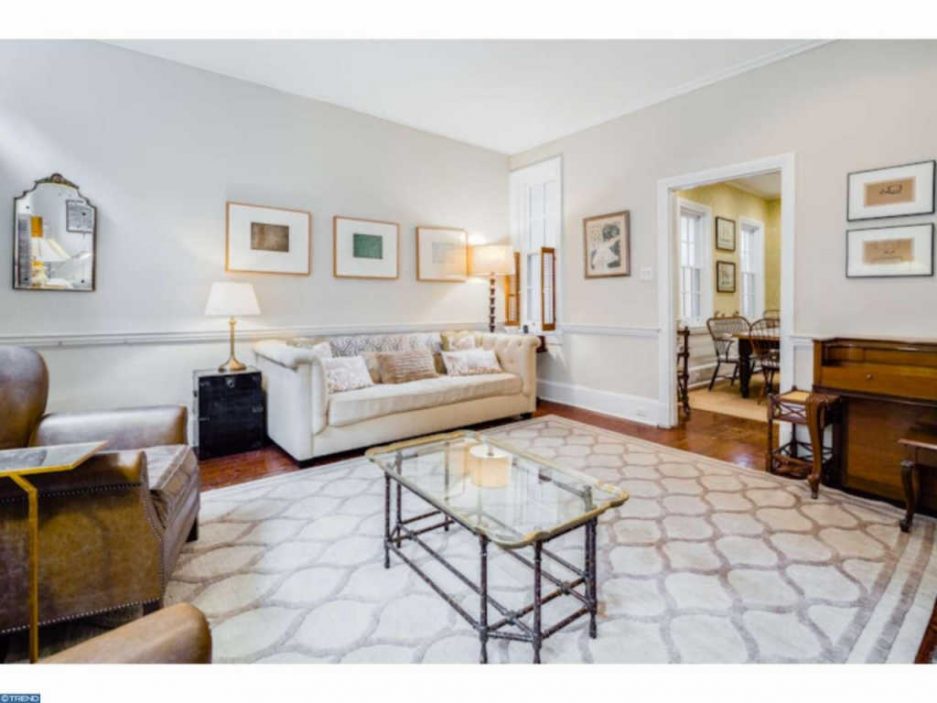 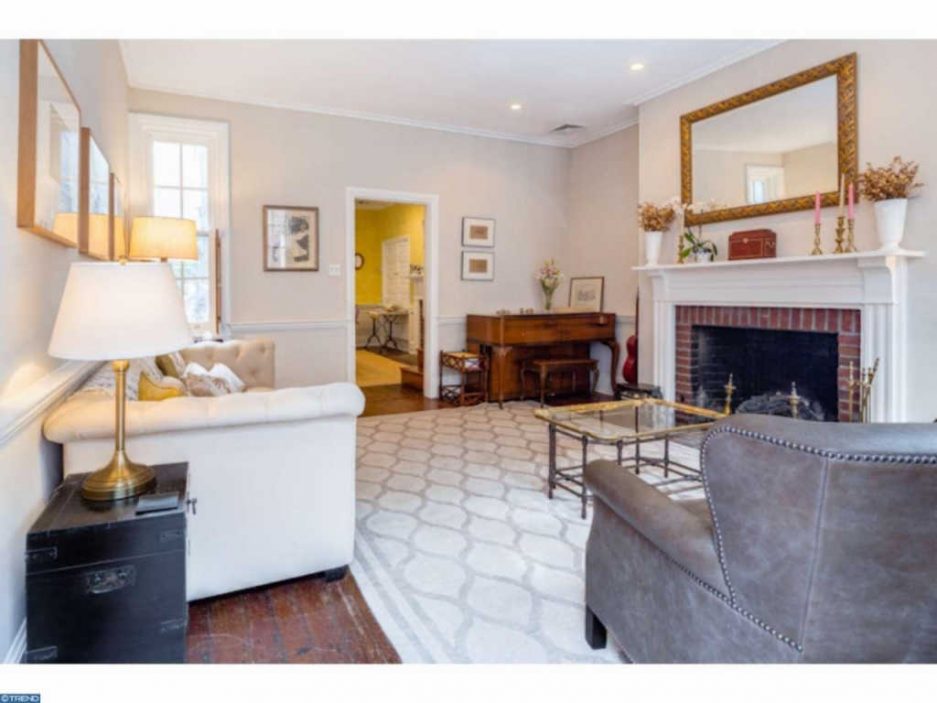 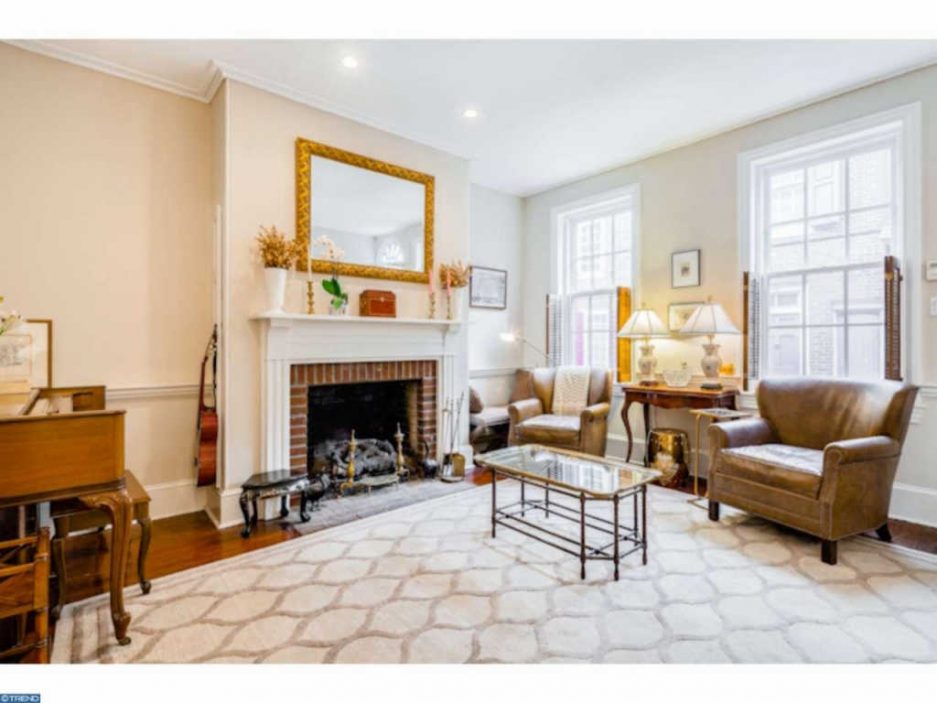 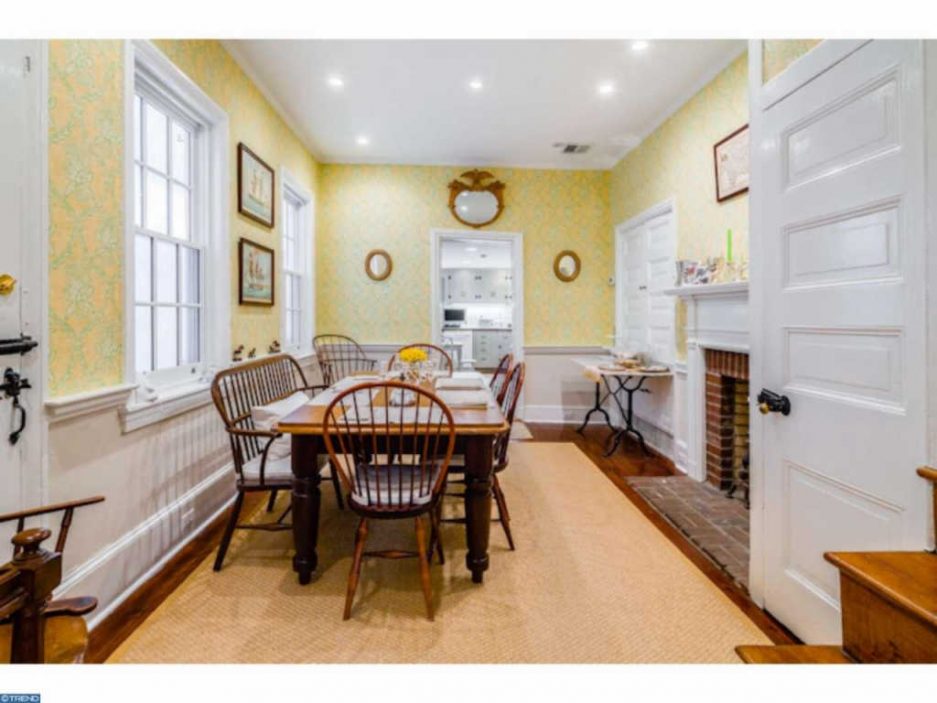 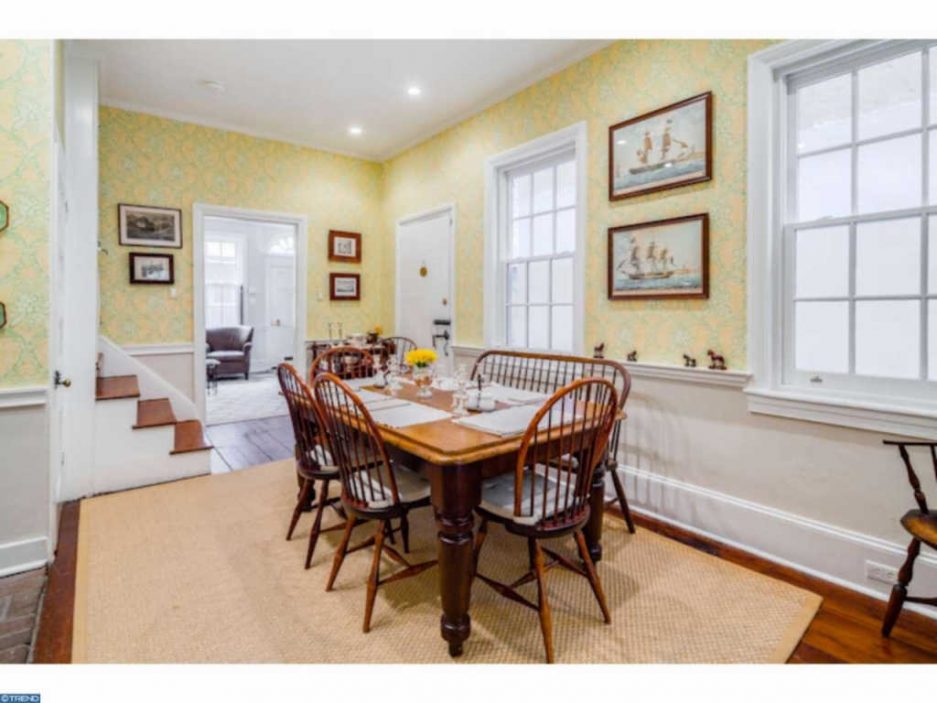 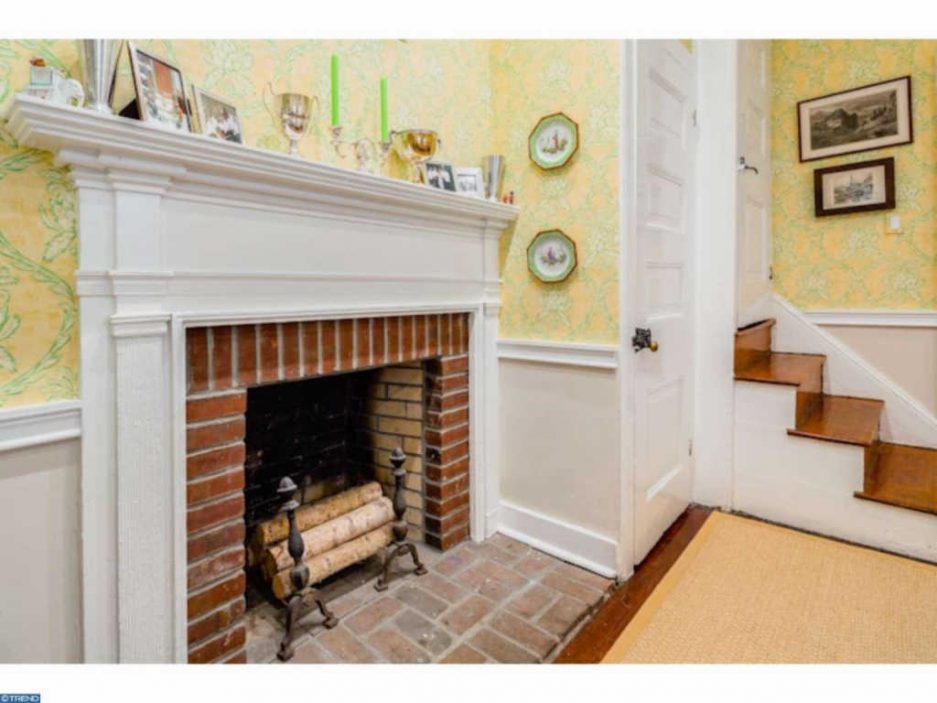 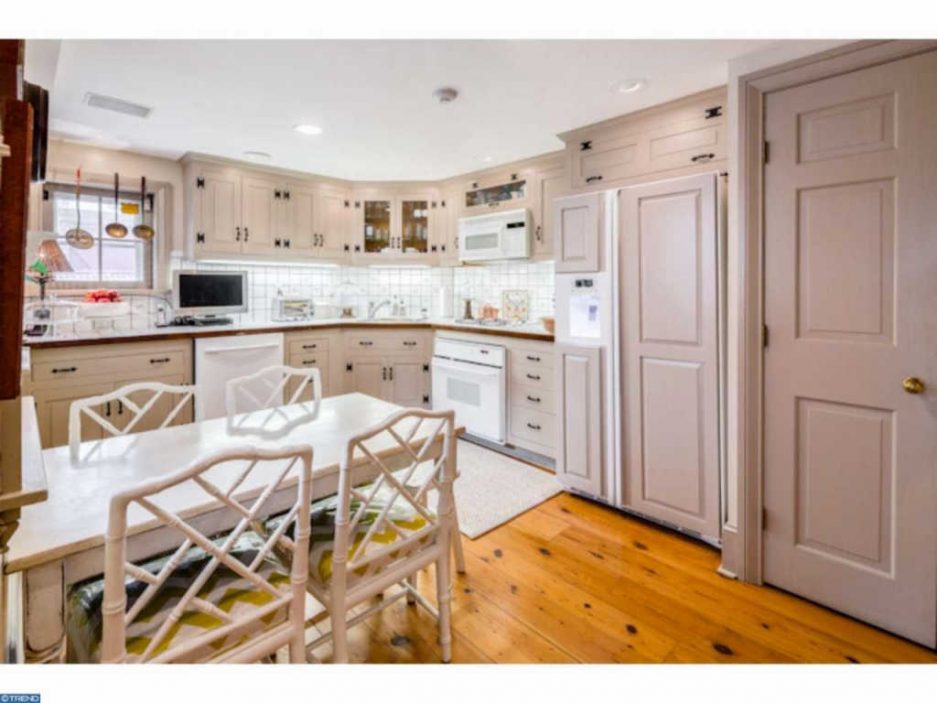 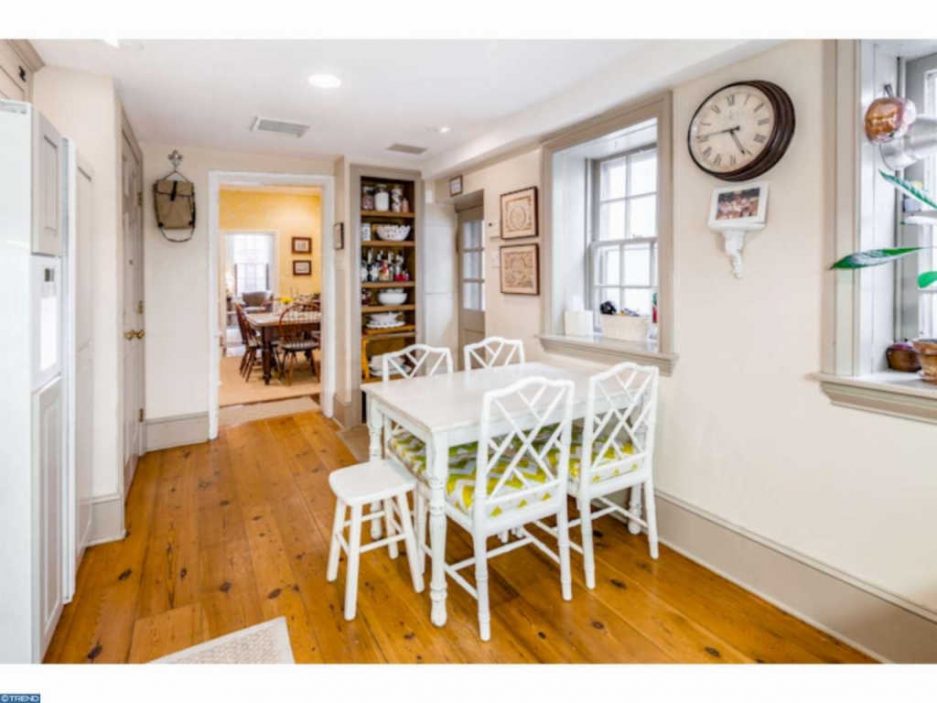 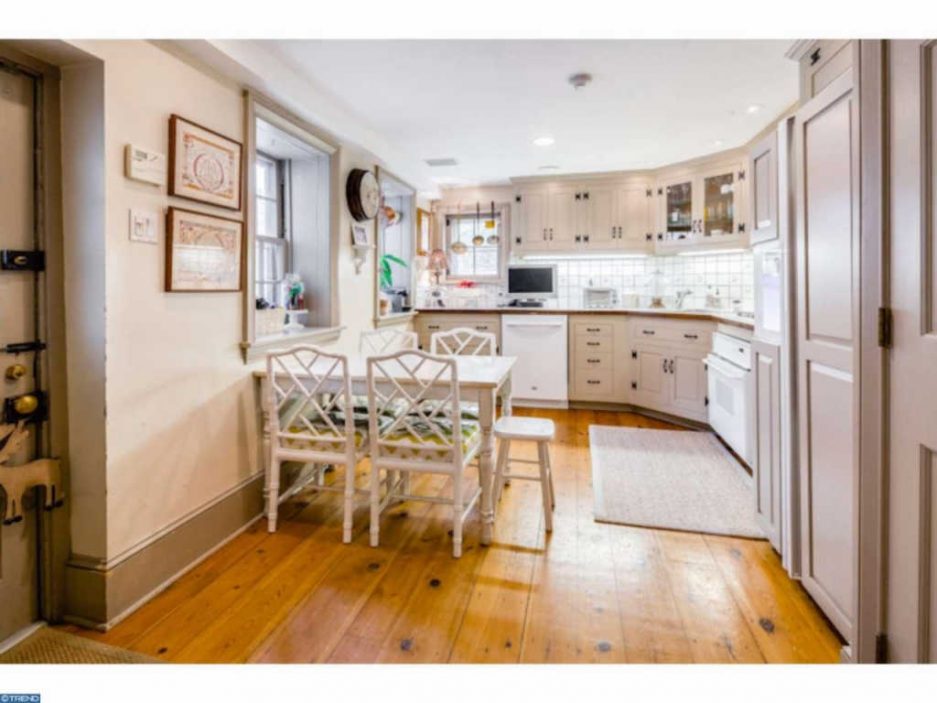 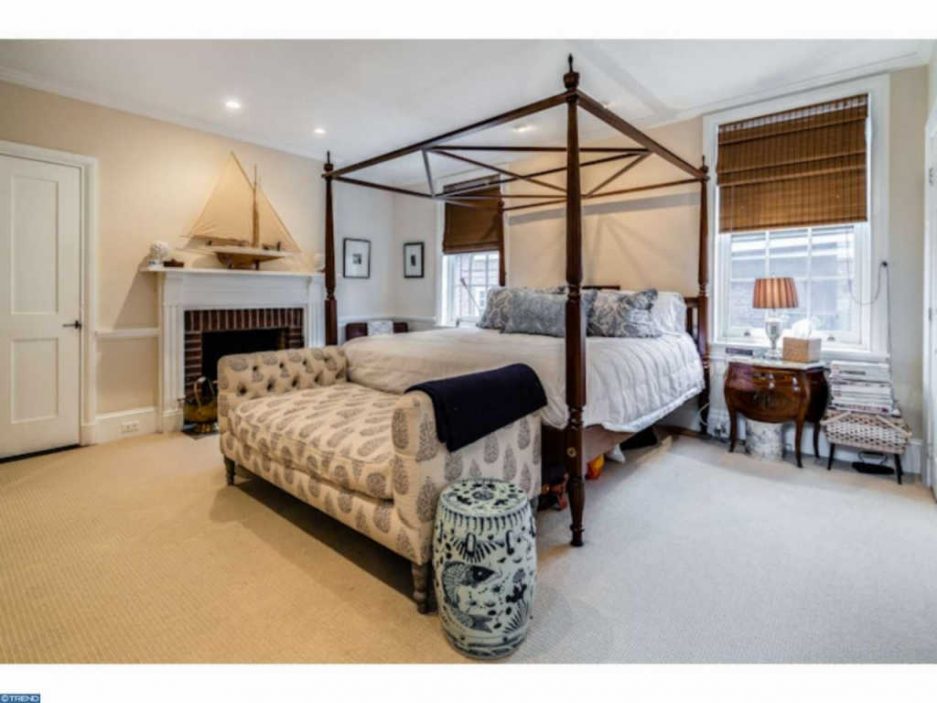 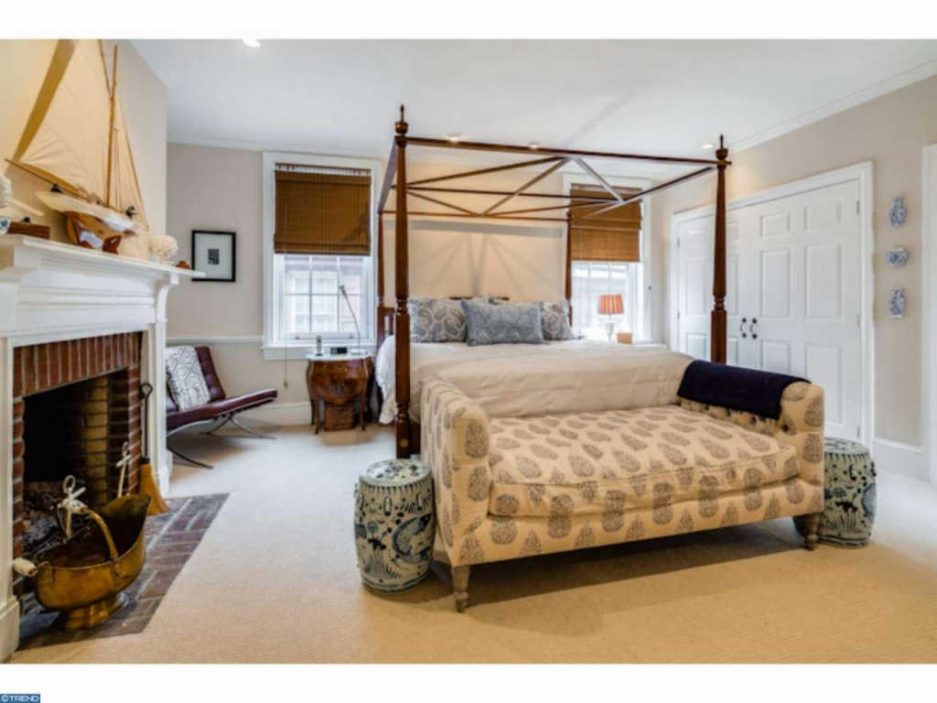 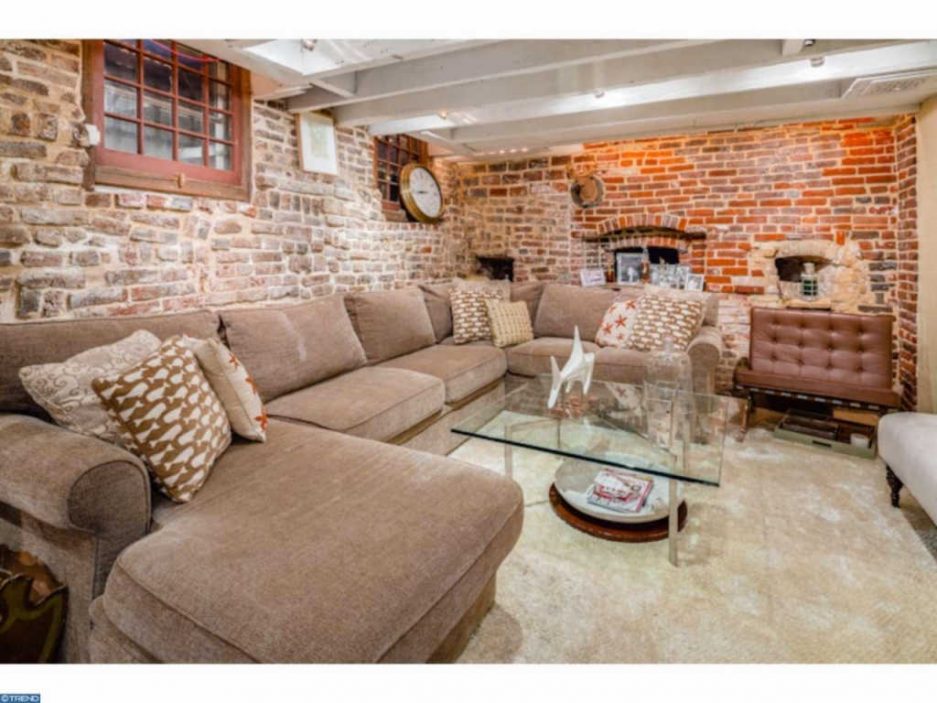 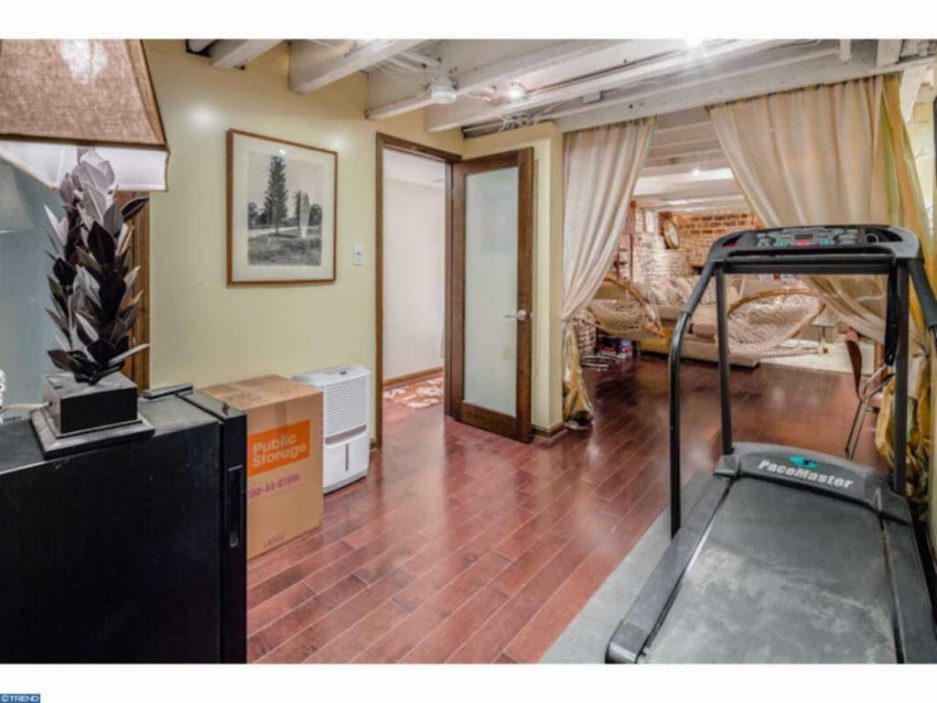 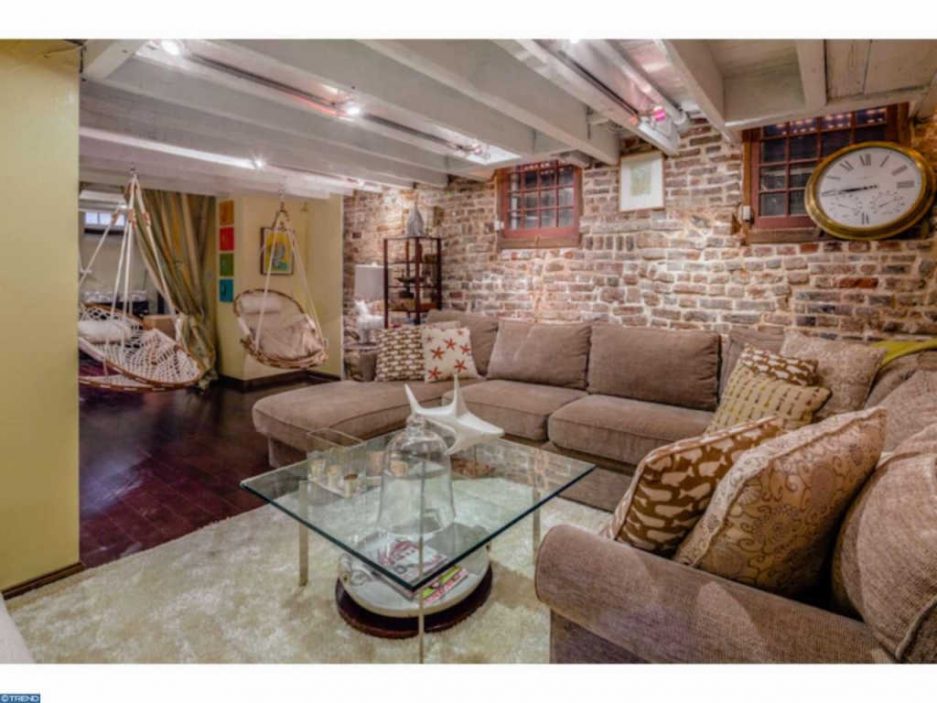 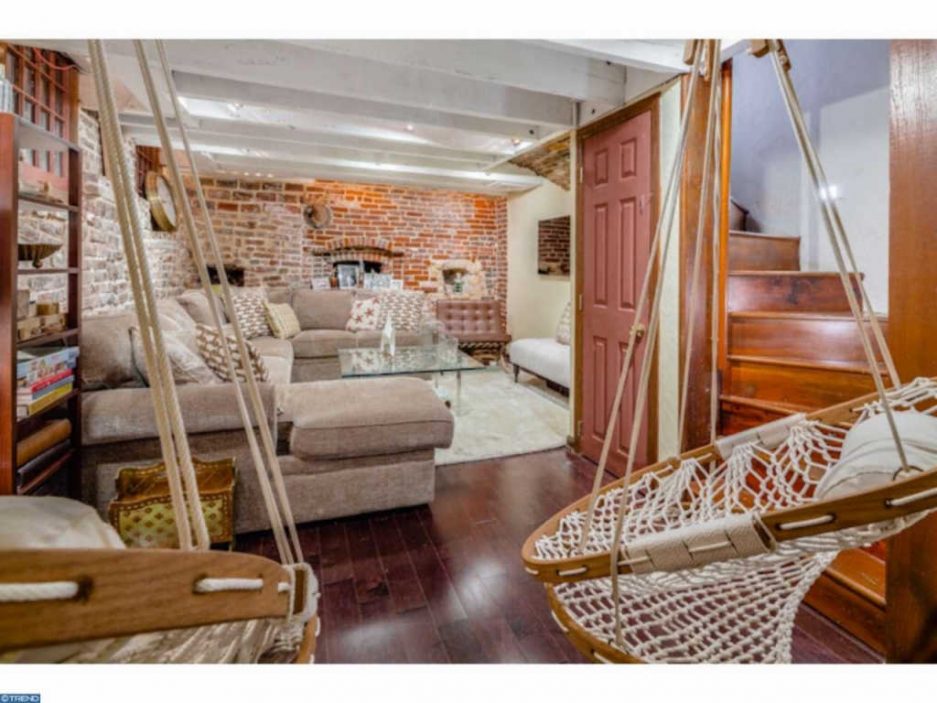 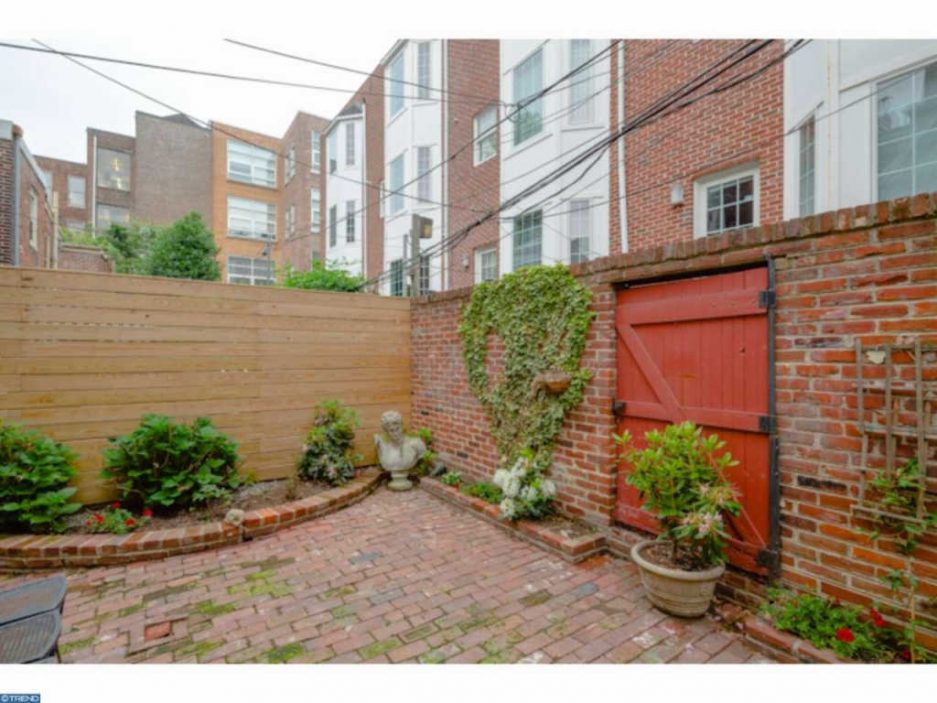 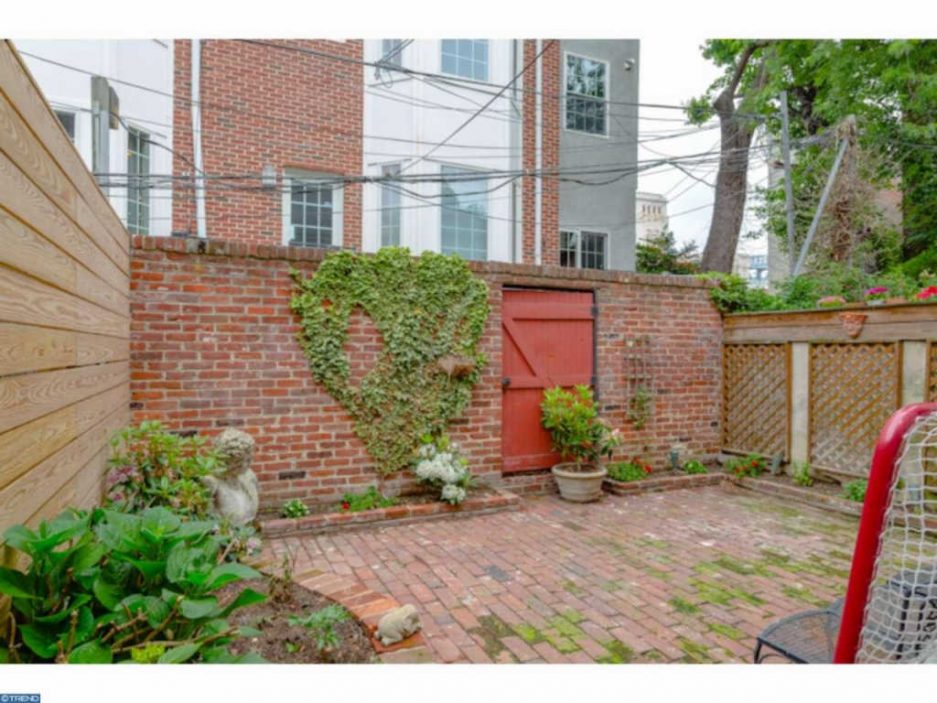 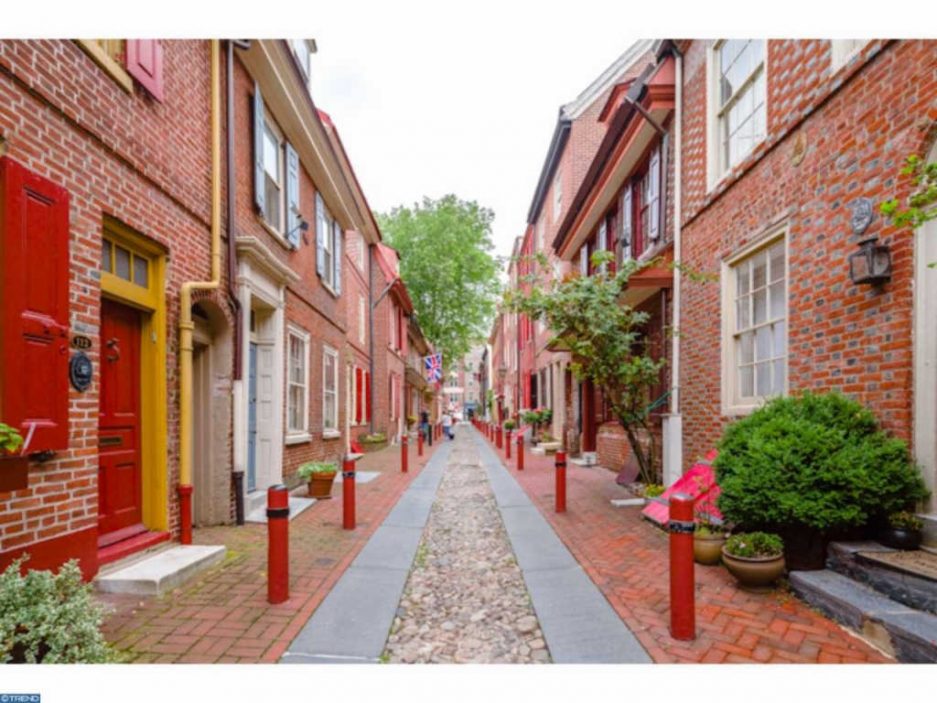