By developing long-term relationships with trusted partners, the prolific builder delivers feature-packed homes at modest prices to neighborhoods all around Center City. 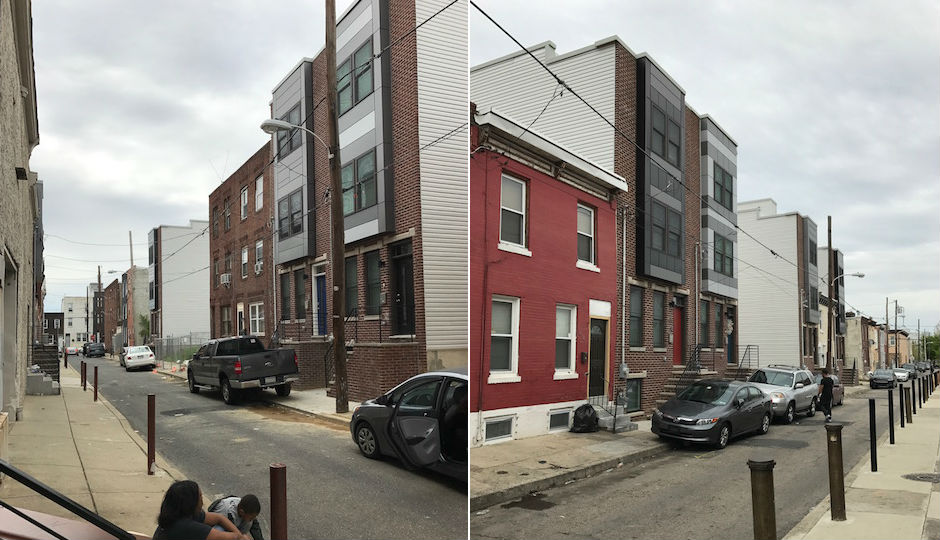 There’s a touch of the Levitt approach in V2 Properties’ strategy: standardize to keep costs low. It enables the company to offer more in its homes than others similarly priced. You should be able to spot the V2 homes on the 700 (left) and 600 (right) blocks of Mercy Street in Dickinson Narrows. | Photos: Sandy Smith

To understand why Vince Viney builds, all you really need to know is two basic principles:

Inexpensive new homes don’t have to be cheap.

And buying them shouldn’t be a nightmare.

Put another way, Viney doesn’t want home buyers to have the experience he did when he bought his first home.

“As a homebuyer, I was tired of seeing the inferior quality and lack of craftsmanship that I saw, and the poor service, especially after delivery,” he said. “It was the acceptable standard, but it was an acceptably bad standard.”

Viney, 45, grew up in Kensington’s Harrowgate section, a largely blue-collar neighborhood. When he was coming of age, success meant a house in the suburbs, and he followed that path to a new construction home in Collegeville, which he purchased in 1995. 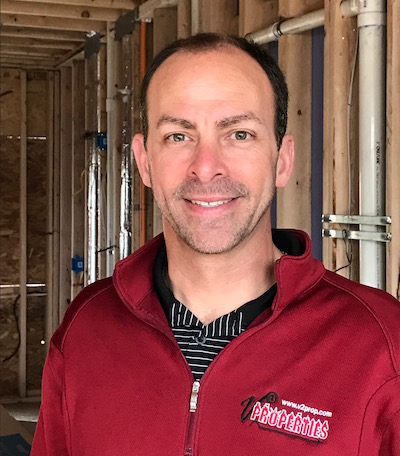 “It was a terrible experience from top to bottom. The home was delayed, poor communication, my customizations weren’t followed through on, and after I moved in, no follow-up. Anything that went wrong, stayed wrong, didn’t get fixed.

“For me at the time, buying a $168,000 house, I was sinking every nickel I had into it. I was perplexed at how a builder could take somebody’s money and deliver such an inferior product and such poor service.”

“My thought was, if I were to do that [build homes], I would treat people the way I wanted to be treated.”

And it was with that thought in mind that he began building homes at the Jersey shore in 2004. From there, he moved to Philadephia three years later, starting with homes in Pennsport. In the 13 years he has been building homes, Viney has completed 31 in Ocean City and more than 175 in Philadelphia.

Central to Viney’s approach to building is being clear and explicit about what the buyer can expect. He does what he says he will do, and if he’s not willing to do something, he will let you know before problems arise rather than after them. A faucet or air-conditioning unit breaking after move-in is one thing; dissatisfaction with the quality of the bathroom tiles is another — that should be taken care of before Viney turns over the keys.

V2 Properties’ homes contain features and amenities not normally found in homes selling in his price range, such as built-in home audio systems, video doorbells, home automation via the alarm system, tray ceilings in the master suites, under-cabinet lighting in the kitchens, and wet bars for the roof decks. The quality of fit and finish is also higher.

How does he do this? “Our margins are lower,” he said.  “Our mission has been to deliver the quality of a $500,000 house for $350,000. We do this by having long-term strategic [relationships with our] subcontractors, we have great unit costs, and we keep our people employed full-time.

“We have the same plumber, the same HVAC guy, the same architect, the same electrician. He comes to all of our homes. But the advantage we give him is that he’s never looking for work. We keep him working all the time. And we make him do extras. We make him put more three-way switches in. Our trim guy puts in wider trim packages.

“We don’t trick the buyer into thinking that they’re getting something they’re not.”

Viney manages to obtain the advantages of volume construction yet still builds houses one at a time.

“We seem to be able to build spot-lot structures quicker,” he says.

But that doesn’t mean he never builds houses in groups. It’s just that he treats those projects as though he were building a single house, making sure that enough people are on hand to do the entire job from start to finish.

This was how he jump-started the transformation of several blocks in Dickinson Narrows. V2, which Viney co-owns with his wife, has built 51 houses to date in that narrow sliver of South Philly between Dickinson Square and East Passyunk Crossing – so many that, according to Philly Living real estate agent Elan Elkaim, some have come to call the area where he is most active “Vineyville.”

(Elkaim is marketing V2’s townhouse development in the 1400 block of North Myrtlewood Street in Brewerytown. This writer edited the Philly Living Blog before becoming editor of this section.)

“We convinced some financial partners that rather than just build one house in a completely blighted neighborhood with the promise that change would follow, we had to show them that the change would happen right in front of their eyes.”

“In Philadelphia, in a blighted neighborhood, you don’t have this model home and empty land so you can sell the houses as you go. I knew that the only way we could say we were creating change was to go up on a rooftop deck and look around and see the change all around.” 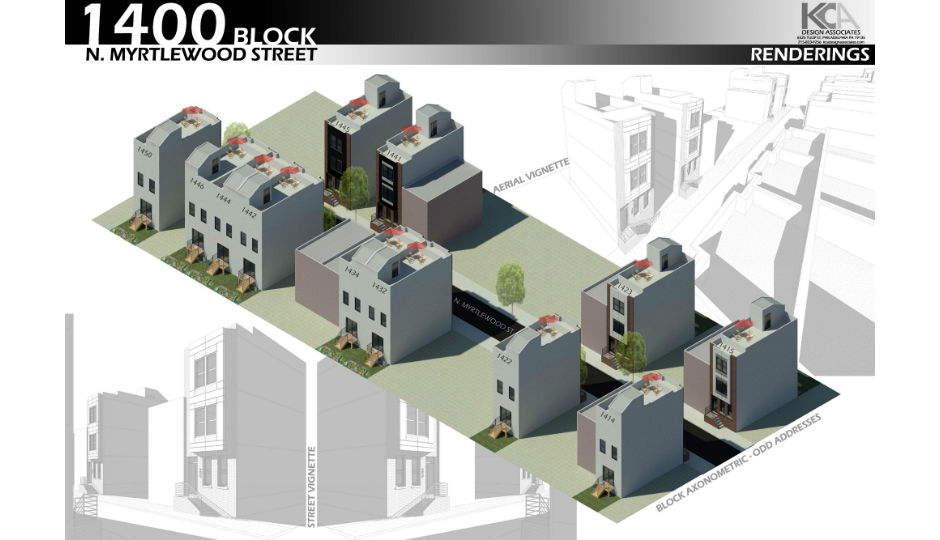 In Brewerytown, where V2 is building homes on Myrtlewood Street, Viney has the advantage of working in an area where development is already taking place, which means he doesn’t have to dig 20 foundations all at the same time. But he is still able to find suitable lots for building at prices low enough to put value-packed homes on them.

Others have taken notice of his strategy. “I’m now at a point where I have other developers who tell me they look at where I buy lots and they follow me. I welcome that. The problem is, they usually make more profit [per unit] than me, but I can live with that.”

As he continues to build, Viney is also interested in bringing other tangible benefits to the communities where he builds. In particular, he would like to acquire contiguous parcels of city-owned vacant lots and transform them into pocket parks neighbors can enjoy.

But he considers what he does already as delivering tangible benefits to communities in the form of well built housing for buyers of modest means. “I want to build a house for the guy who can’t afford the $450,000 house,” he said. “I want [the buyer] to be able to say, ‘I can’t live in the middle of something great, but if I’m two blocks away, I can have something great today with the promise that it will be [in an area] as good as what I ultimately want to live in.'”