Forecasters say Philly’s millennial influx has crested, but developers are still cranking out new apartments. Could we soon see a skyline of dark towers? 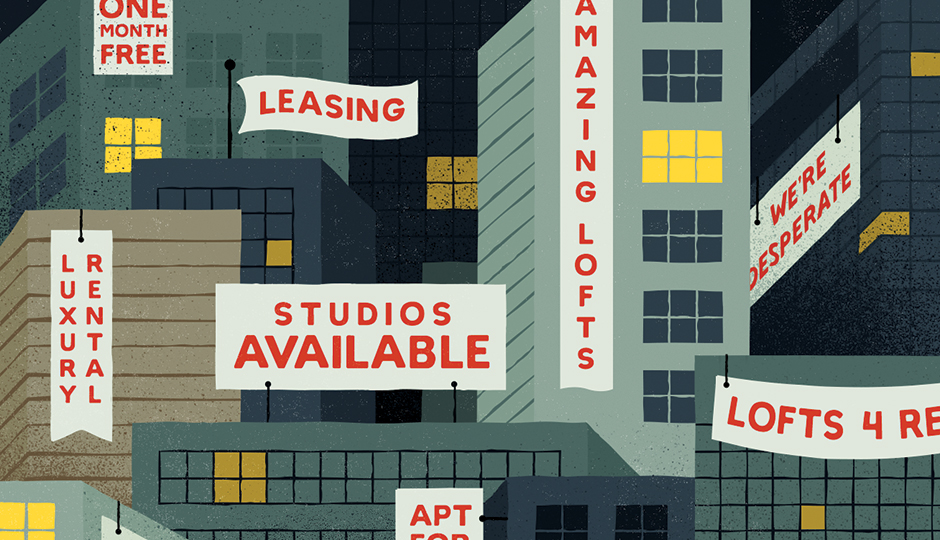 Our apartment-building engine continues to chug along. Signs of activity recently sprouted on two more construction sites: Pearl Properties’ proposed 32-story apartment tower at 1910 Chestnut, and Southern Land Company’s high-rise at 1911 Walnut. The only problem? Finding enough people who want to live in them. Welcome to the world of “post-millennial” real estate.

The prospect was floated in a January New York Times article: According to research, American cities, which for a decade have enjoyed a steady stream of young people and surges in development to house them all (see: the Griffin, 3737 Chestnut, Dalian on the Park), have reached max millennial potential. Real estate services firm JLL noted that the flow of young professionals to Philly has already slowed — a problem when you consider the flood of apartments set to hit the market. In fact, a recent Center City District report says 4,167 apartments are under construction — more than double the 1,833 that came on the market in 2016. What’s more, 75 percent of these units are set to come on line this year — three times as many as the annual average since 2010. There’s a hope that If you build it, they will come — but what happens if they don’t?

“We saw the glut coming in 2013,” says developer Carl Dranoff. “The money spigot is turned on, and anyone can get financing for a new project.” He’s shifted to building condos like One Riverside and SLS, since home sales and prices both rose strongly last year, despite cooling off at the end.

According to Lauren Gilchrist, vice president and director of research for JLL’s Philly arm, developers are offering concessions like months of free rent in order “to maintain asking prices and fill buildings.” (Hear that, millennials?) But what if sweetening the pot for would-be renters isn’t enough? If the demand gap widens, we could see plummeting occupancy rates in both newer and older buildings. While the resulting skyline probably won’t resemble Miami’s in the mid-2000s, when overdevelopment produced a slew of see-through high-rise condos, it could feature apartment towers where more lights are off than on at night.

Still, Gilchrist isn’t sounding the alarm yet. Though she admits Philly’s rate of millennial increase has flattened, “We’re not suggesting any sort of [trend] reversal yet.” She predicts the millennial population will grow, albeit more slowly than in years past. And as it does, plenty of landlords will have the light on for the next new arrivals.

Published as “Real Estate: For Rent (Please)” in the April 2017 issue of Philadelphia magazine.