Panel To Tackle Past, Present and Future in Chestnut Hill

Almost 50 years after three distinguished architects first mulled over how to balance tradition and change in Chestnut Hill, the discussion's organizer is gathering another group of visionaries to revisit the question. 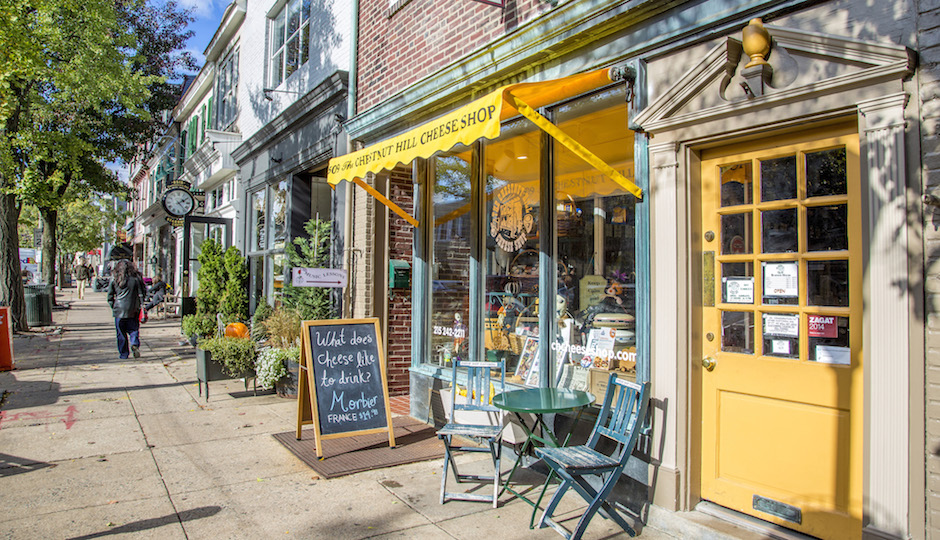 Green space and a village-like vibe together make Chestnut Hill distinctive among Philly neighborhoods. A panel discussion on April 21 will examine how it can maintain its distinctive character while accommodating growth and change. | Photo: Herb Engelberg/The Sivel Group

Back in the 1960s, around the time each of them designed iconic residences in the neighborhood, architects Louis Kahn, Romaldo Giurgola and Robert Venturi discussed how Chestnut Hill could strike a balance between preserving its essential nature and accommodating new development in a forum organized by the Chestnut Hill Historical Society.

Now the question has renewed currency thanks to the housing boom that’s washed across the city and boosted Chestnut Hill’s popularity in its wake. So the Historical Society — now called the Chestnut Hill Conservancy — is assembling another panel of luminaries to take a stab at resolving the tension for our time and the years to come.

The “Visionaries Roundtable” on April 21 will feature distinguished names in architecture along with one of the people who play a key role in shaping Chestnut Hill’s character.

Kicking off the event with opening remarks is Nathaniel Kahn, son of Louis and director of the Oscar-nominated documentary about his father, “My Architect.” Penn Professor of Urbanism Emeritus Witold Rybczynski will deliver the evening’s keynote address, which will be followed by a panel discussion moderated by Gail Harrity, president and chief operating officer of the Philadelphia Museum of Art, and featuring four experts on architecture and development. They are:

The panelists will exchange views on Chestnut Hill’s sense of place, the role green space plays in defining an urban community like Chestnut Hill, and what roles development and preservation should play in the neighborhood’s continuing evolution.

Updated Monday, March 13, at 10:25 a.m. to add information about the introductory and keynote speakers and panel moderator.