The restored apartment building in Wash West will officially reopen on Jan. 31. We got a look at things to come. The Lincoln’s lobby is being used as a construction staging area while finishing touches are being put on the apartments. | Photo: Sandy Smith; all other photos: Brandon Morrison via PRDC Properties

“Better late than never” might be the best way to describe the nearly complete restoration of The Lincoln, the apartment building at 1222 Locust Street in Washington Square West’s Gayborhood that was seriously damaged in a fire in 2006.

David Perelman bought the onetime hotel-turned-apartment building in 2014, and the company he founded, PRDC Properties, has been rebuilding it for the past year. Even as construction crews were working to finish the lobby and several apartments on our recent tour, new residents are already moving into the building.

The apartments in the building have been rebuilt to a standard that can only be called “luxury” — but at rents below that range. Thoughtful touches include closets with built-in drawers, shelves and racks, translucent glass doors that let light into the bedrooms, and kitchens with upgraded stainless steel appliances and granite countertops.

Our tour took us from the work in progress in the main lobby to the community deck on the roof with its panoramic views of the surrounding area.

The Lincoln Sprints Toward Opening 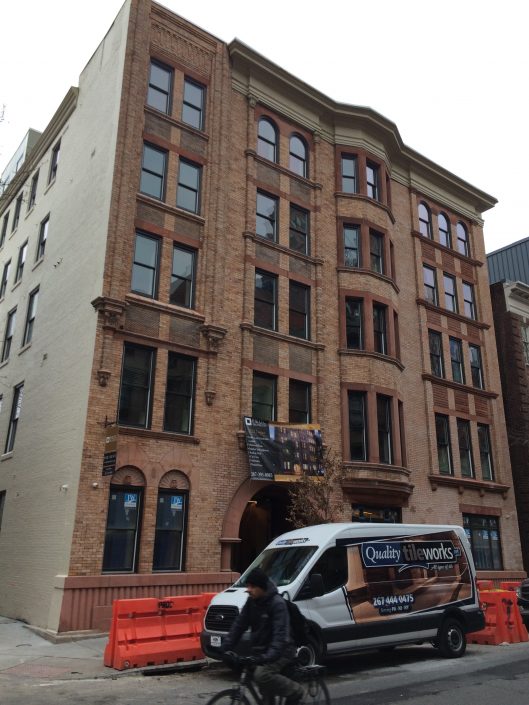 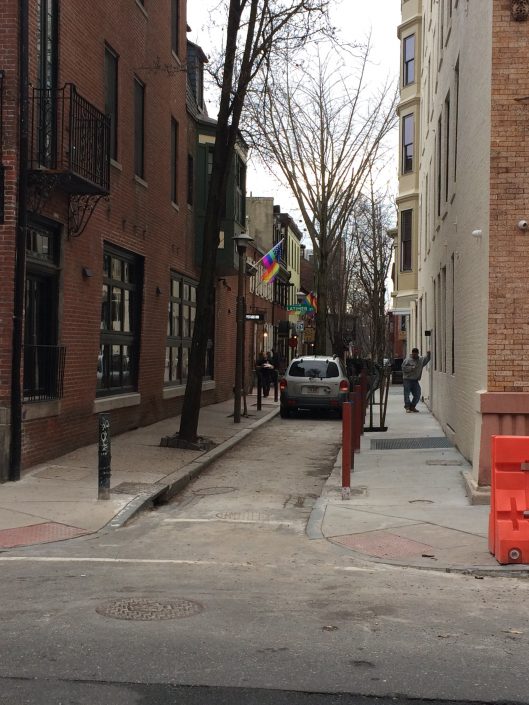 The building extends along the block of Camac Street once known as "the street of clubs." 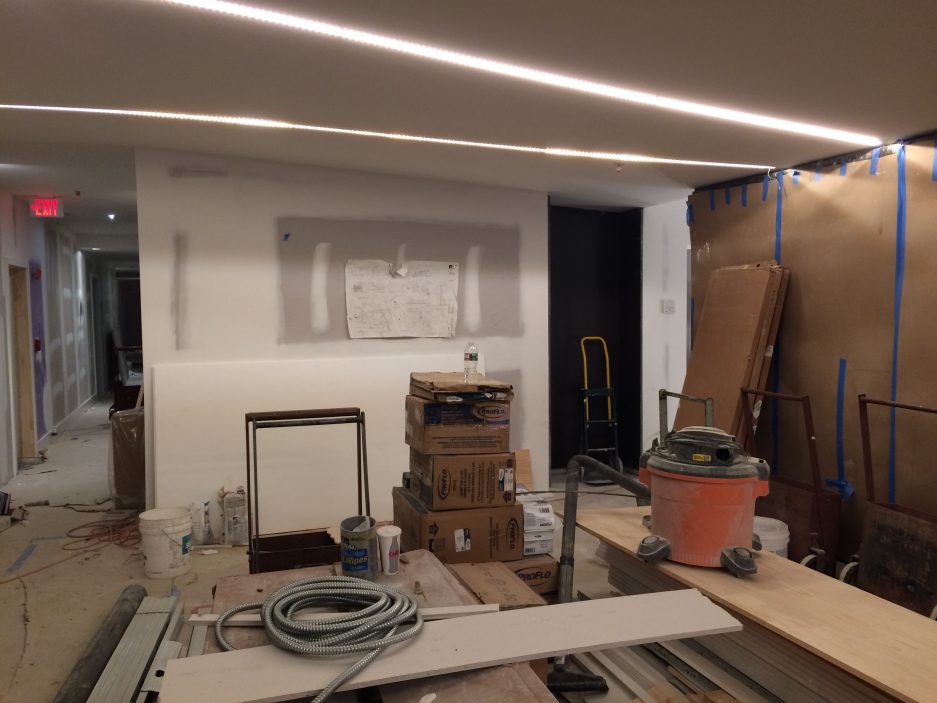 Construction materials in the lobby. 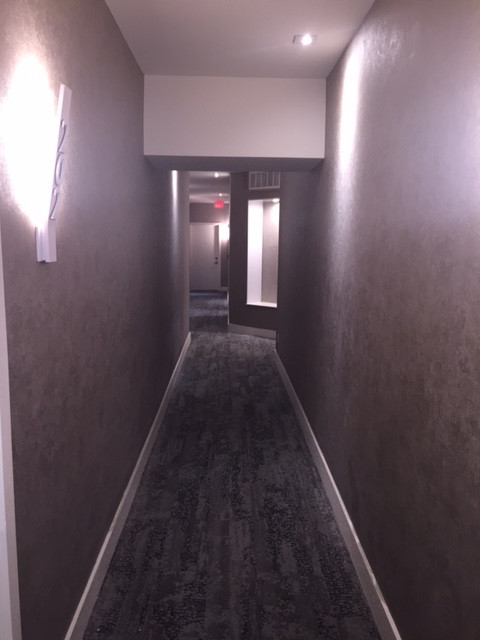 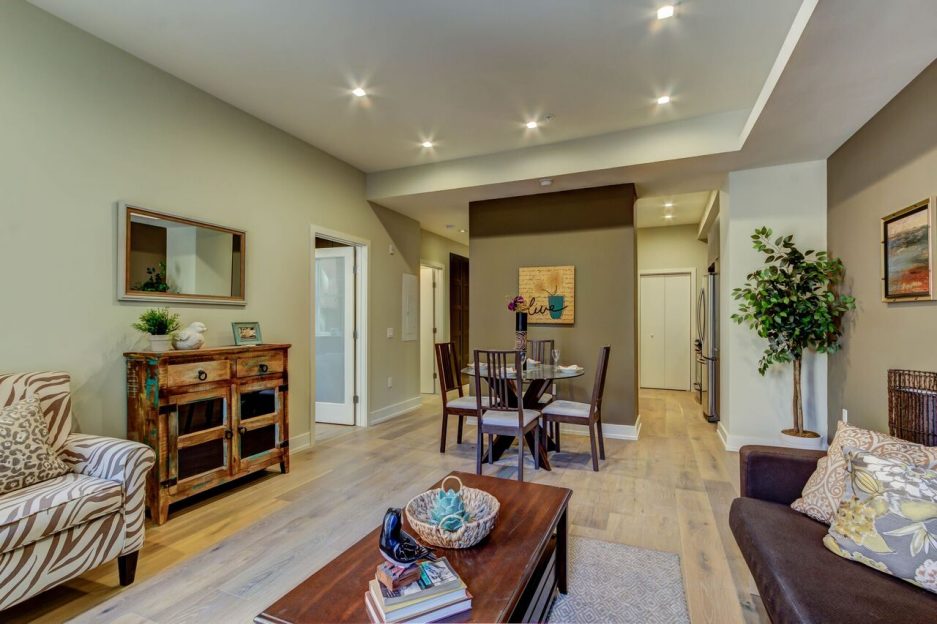 The living room of one of the completed model units. 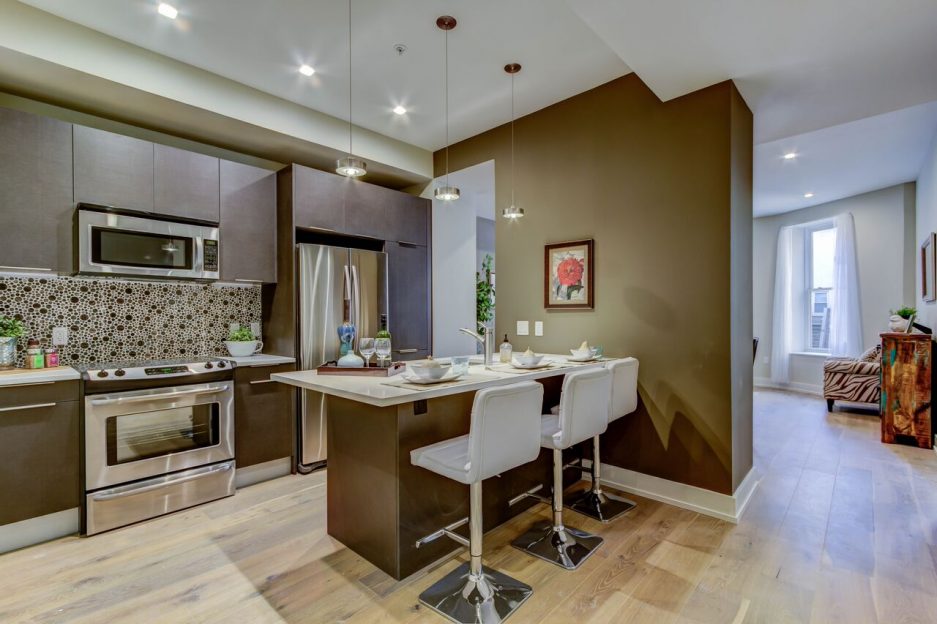 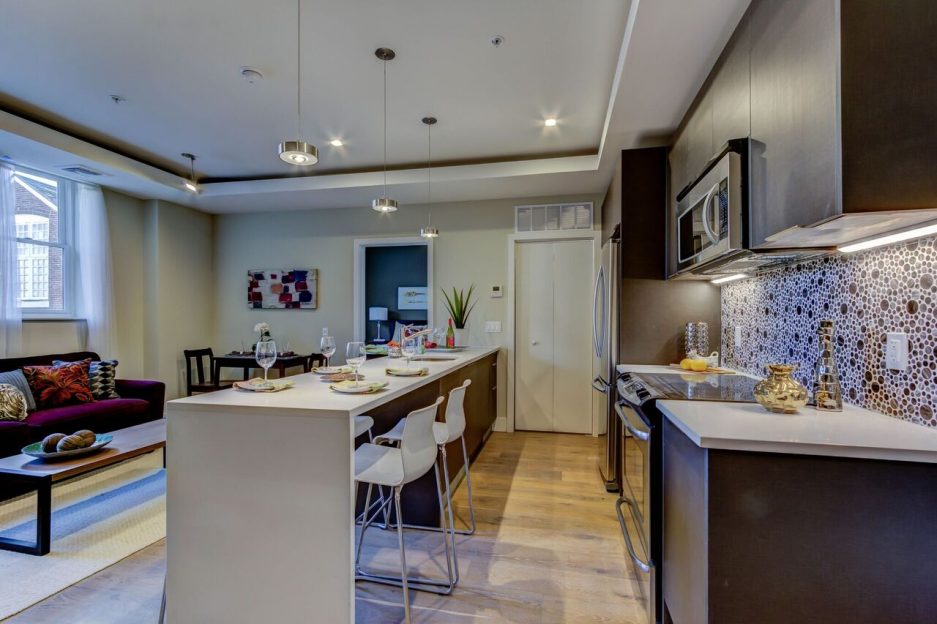 The island in the other model unit's kitchen can accommodate seats on both sides, providing a built-in dining table. Lighting can be adjusted to create an intimate mood. 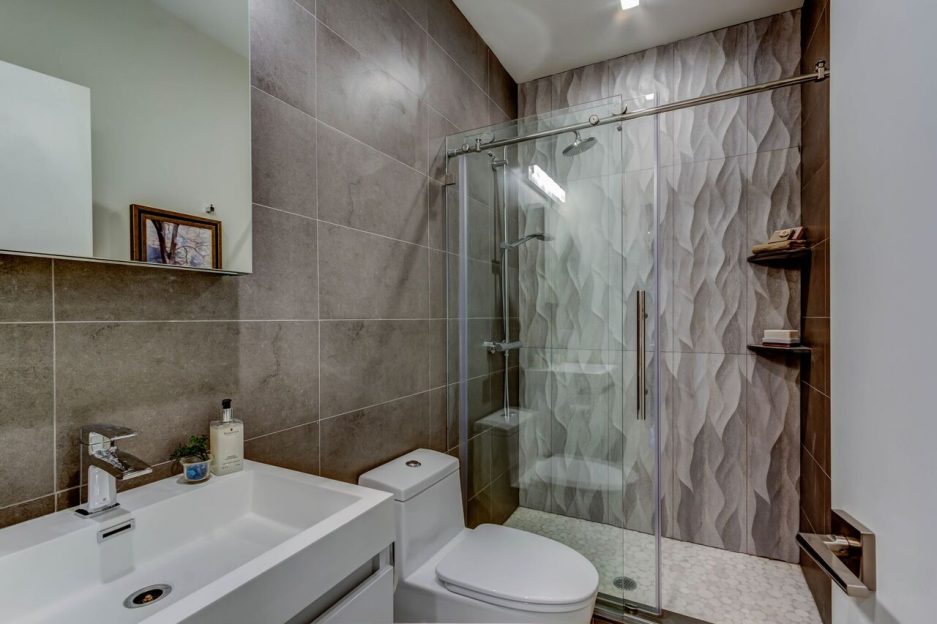 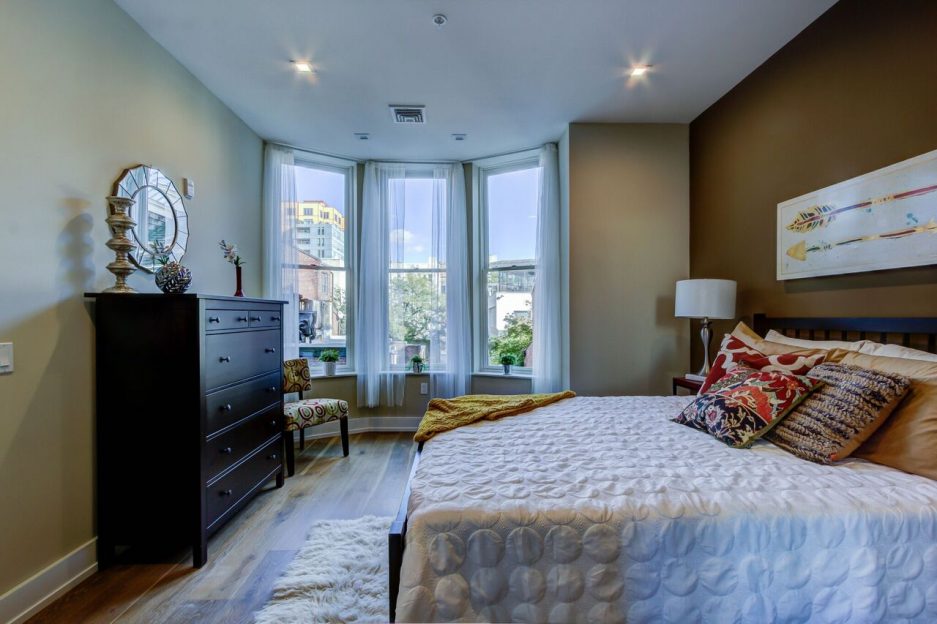 The bedroom in one of the model units. 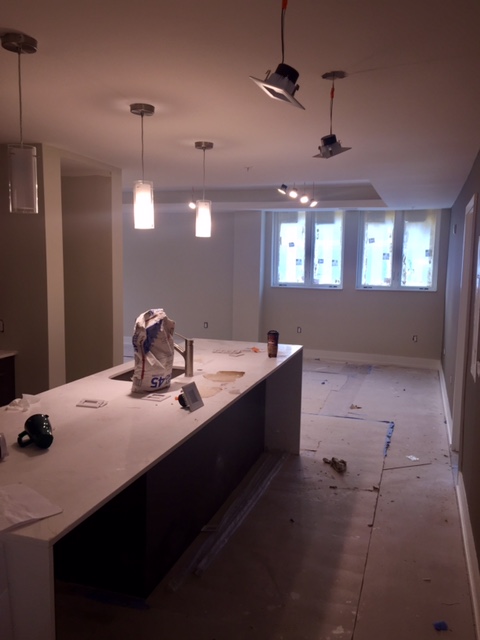 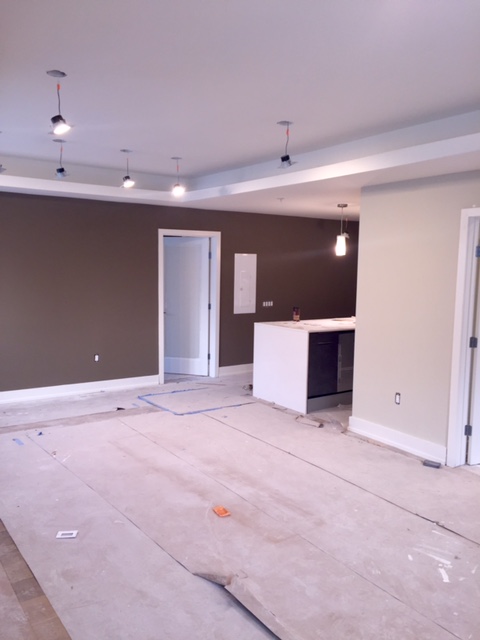 Hardwood floors and LED lighting can be found in every unit. 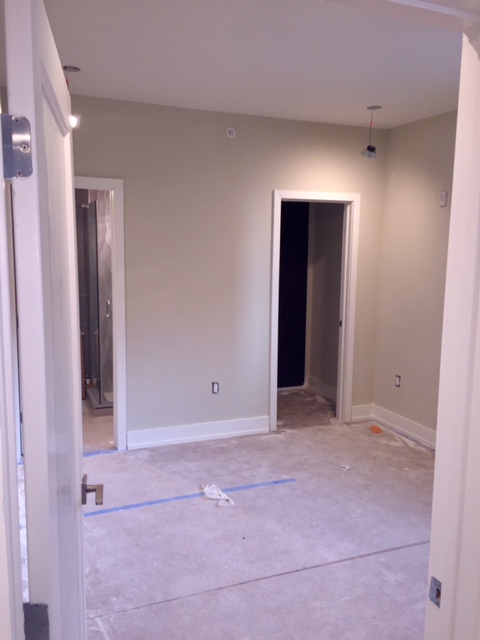 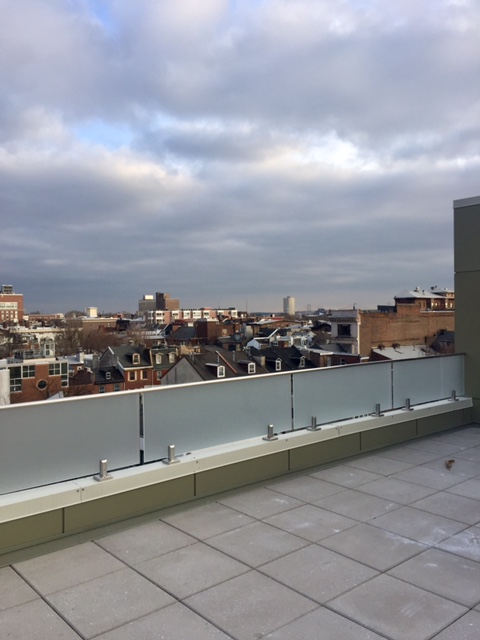 The roof deck, available to all tenants, offers great views to the south and east... 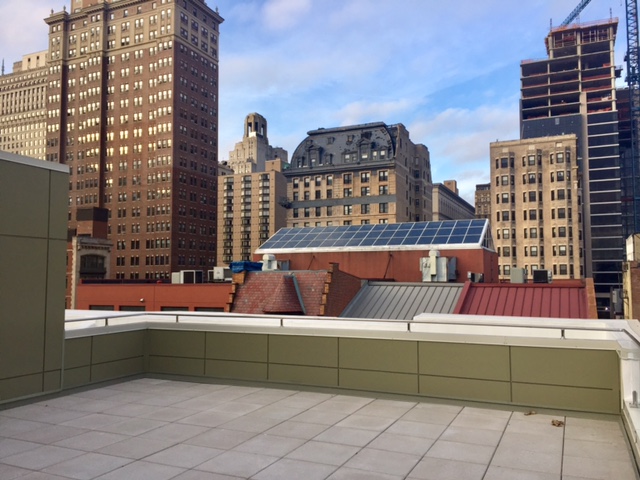