“Orthodox Cottage”: A Blue Bell Property With An Amazing History

This house used to be both a Quaker meetinghouse and a stop on the Underground Railroad. It’s not often that we feature houses outside of our usual weekly rotation (Main Line Monday, Trinity Tuesday, Jawdropper of the Week, Farmhouse Friday), but when we heard about the history of this house, we decided that it belonged in a post all its own.

“The dining room, hall and living room section of the house was originally built in 1827 as a Quaker meeting house,” the owner told Property. “At that time a rift developed between Friends; some wished to follow the teaching of Eliar Hicks (Hicksites) while others preferred to remain Orthodox Quakers. It was this latter small group that broke from Gwynedd Meeting to form a separate Meeting on land given to them by William Foulks.”

“The underground house under the oak at the edge of the property on Penllyn Pike, which was hit by lightning in 1982, is thought to have been used as a stop on the Underground Railroad. Although this has not been verified, several stories from African Americans in the area indicate this use along with references in the book Penllyn Village: Lest We Forget, by E. Gloria Stewart Jones.”

The house itself is pretty impressive, too.

Although it was built in 1827, it has been kept up and was actually renovated and expanded by R.A. Hoffman in 2004. As such, it offers aspects of each time period. There are the classic crown and dentil moldings, original tiles and random width hardwood floors, but there’s also a gourmet kitchen with all of the modern amenities that that comes with—stainless steel appliances, a large island and granite countertops, among other things.

There is also a large formal dining room with a crystal chandelier, a first-floor great room and a solarium. On the second and third floors of the original home there are an owner’s suite with fireplace and five more bedrooms. The second floor of the more recent addition contains an additional suite with its own great room and full bath that can be used for an au pair or as an office. 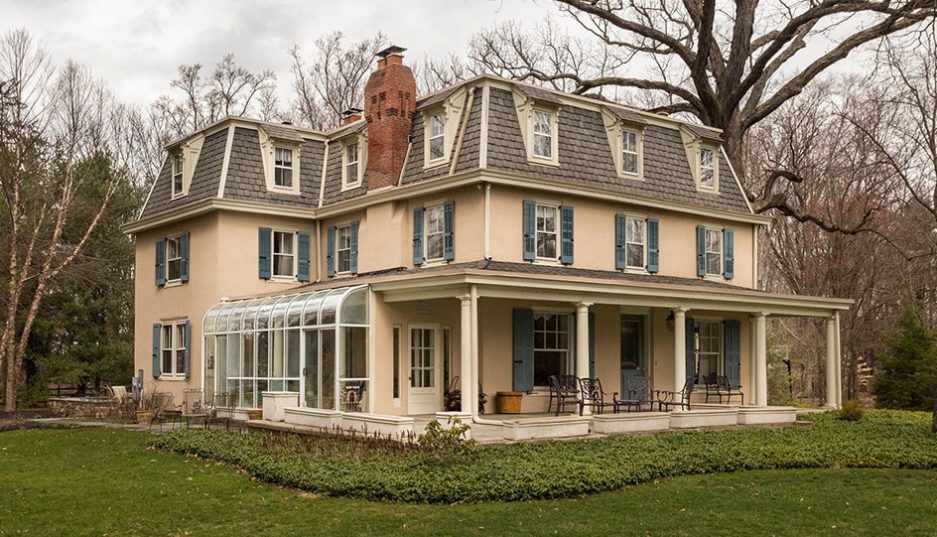