Farmhouse Friday: Old Delco Ruin Gets Restoration of a Lifetime With the way things stood, this Delaware County home, built circa 1717, seemed destined to never see 2015. Who would have thought, then, that it would? Moreover, who could have imagined the 18th-century construction, a crumbling ghost of its former self pining away on a vast woodland space, would be in the shape it’s in now? One of its owners told us its story.

In an email, Chad Groves, co-head of luxury furniture and design store Studio 882 with his wife, Katie, recalls the dilapidated property began to see significant restoration and renovation work under the hand of “a gentleman” who acquired it in 2005. The project lasted close to five years, as Groves says that when he and Katie stumbled upon it in 2010, the restoration was nearly complete. “We bought the property and finished what needed to be done and completely overhauled the yard (it was a forest),” he writes. Throwback: The property in ruins | Image courtesy of Chad Groves

The drastic transformation of 130 Scott Road is obvious when comparing an old photo of its formerly ruined self, pictured on the right, with its current look (gallery of photos below). Inside the home, now brimming with stone walls and random-width hardwood floors, the renovation afforded the building a return to its original glory. “The stone used to recreate the home was meticulously selected for each and every space,” says Groves. Indeed, their craftsman is said to have spent whole days in search of particular stones for certain parts of the house, in one case, even just for “the center of the dining room fireplace.” Furthermore, it was all done with “the same old world techniques of the original house – 18″ thick stone walls.”

The woodwork, too, received special attention, with the stairs, bar stops, mantles, and hand-carved sills coming from a nearby black walnut tree. The hardwood floors, meanwhile, were courtesy of a two-century-old oak found “in an old saw mill in Downingtown.”

Fortunately, one can see that even with the Groves’s yard overhaul, the home, which claims 1.5 acres to its lot, continues to enjoy the forest expanse that surrounds it. It’s this, Groves says, he and his wife love the most:

I think what I love most about the home is the setting. It’s nestled in the center of several hundred acres of conservation. The Newlin Grist Mill borders one side and Concord Township Land Preservation has the other three. It’s like a wonderland for the kids. But then we also are less than mile or two from the Brinton Lake and Glen Eagle Shopping centers, so it’s the best of both worlds. 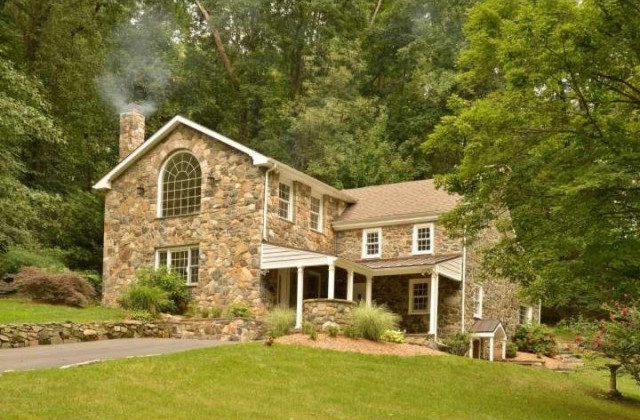 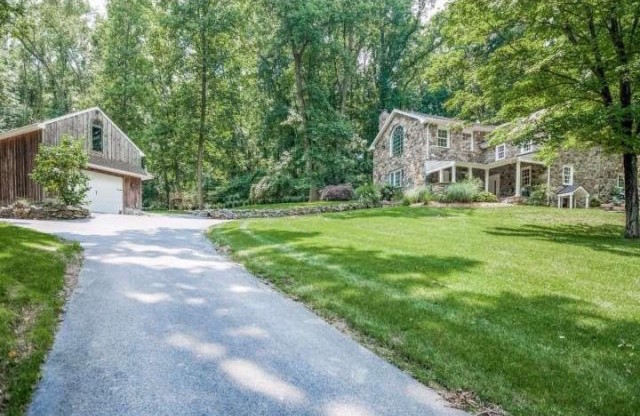 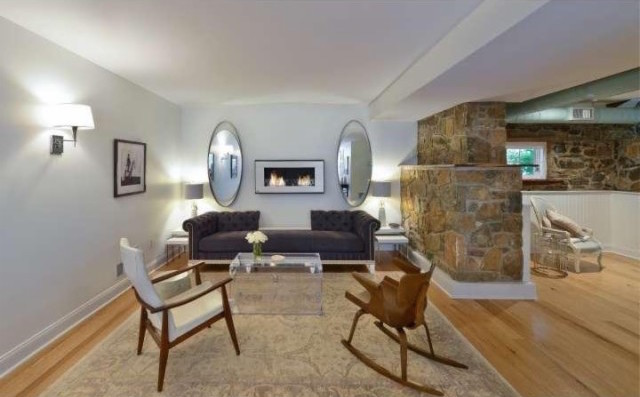 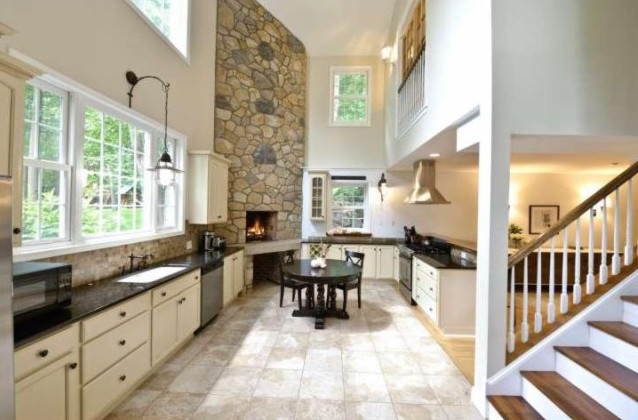 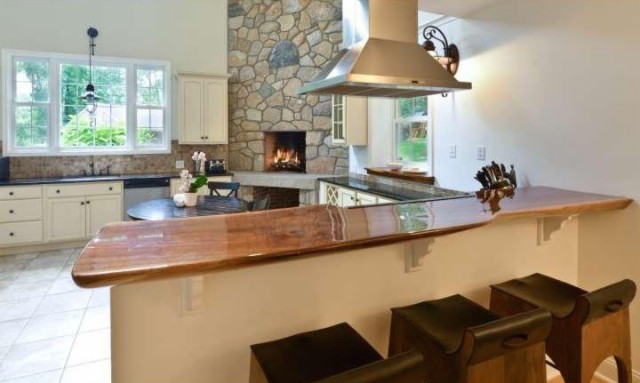 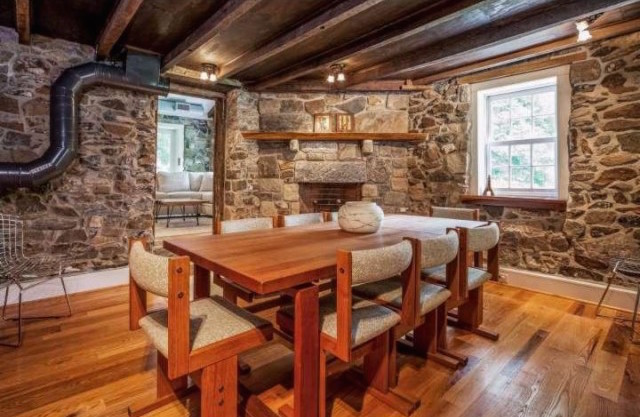 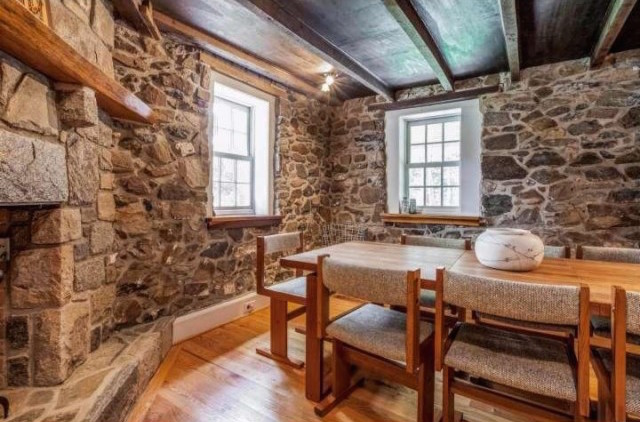 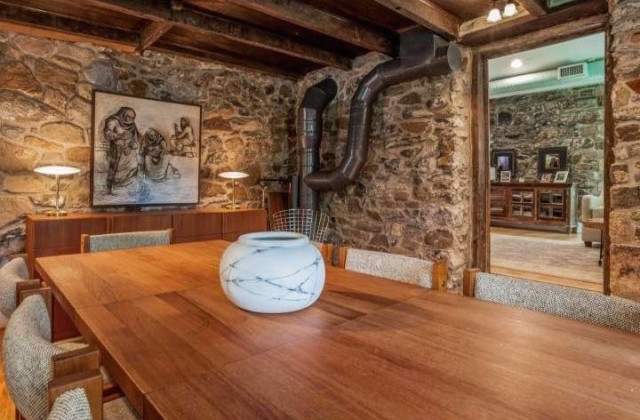 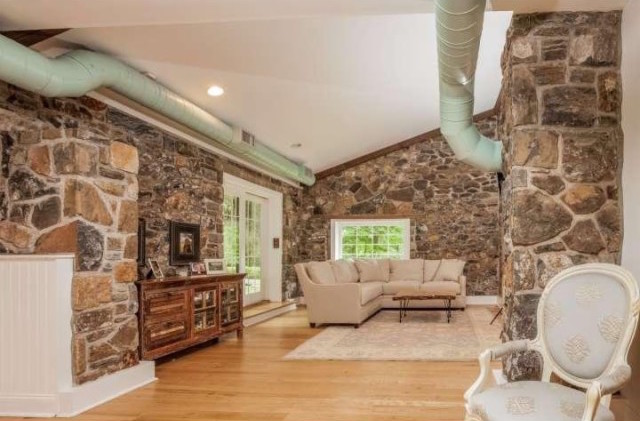 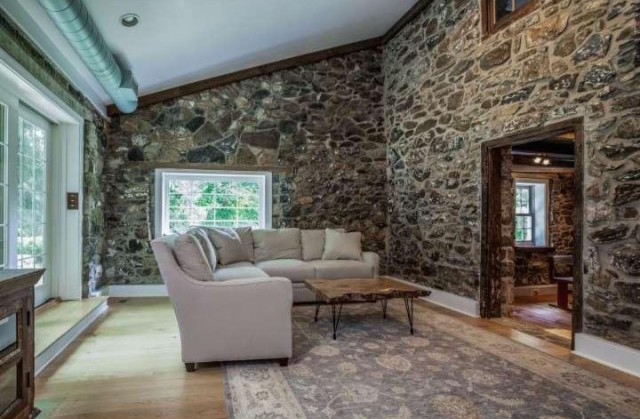 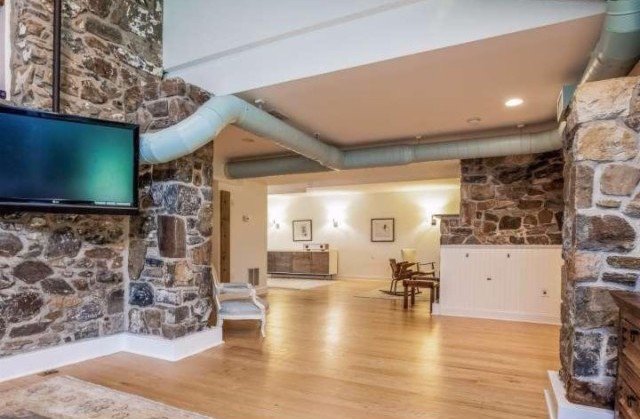 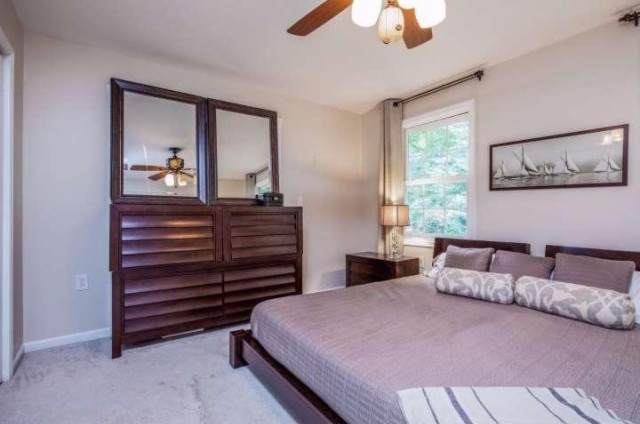 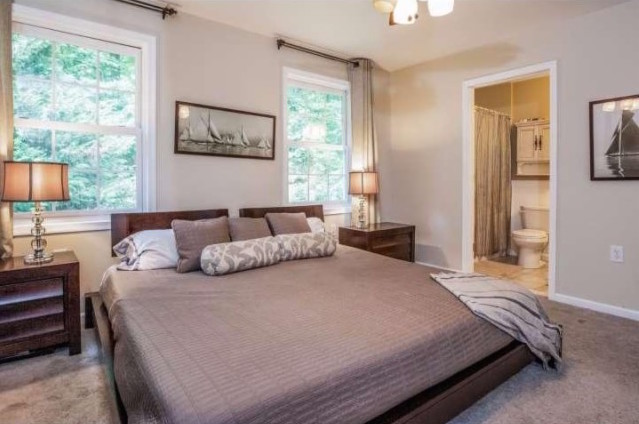 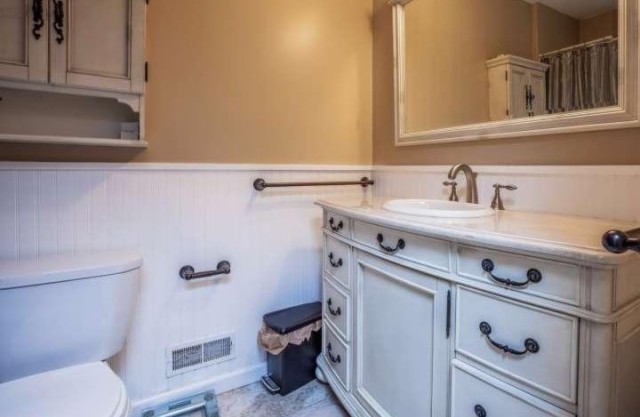 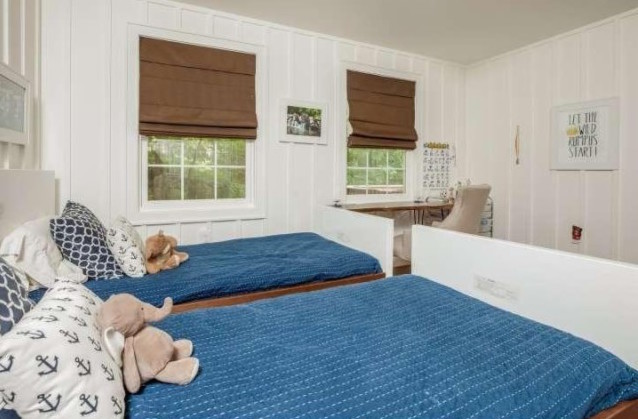 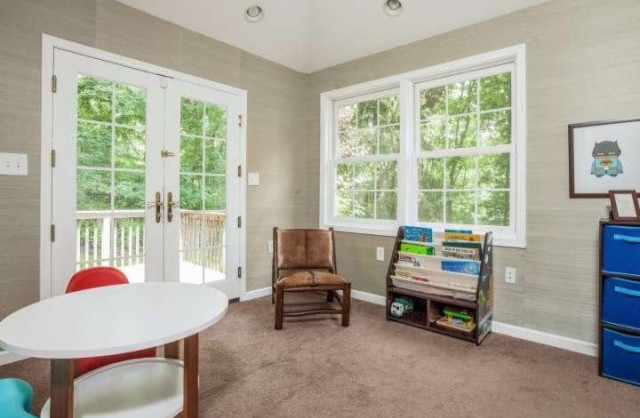 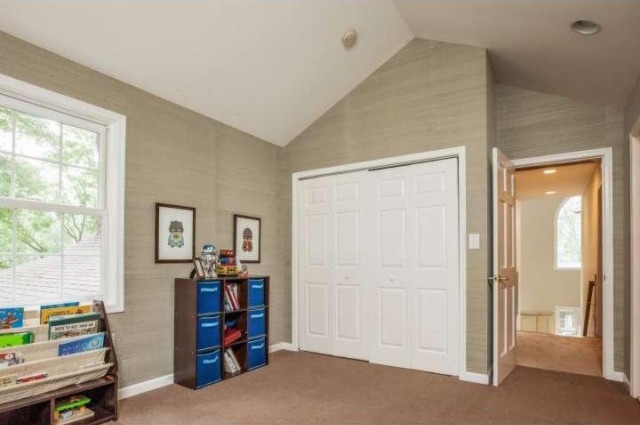 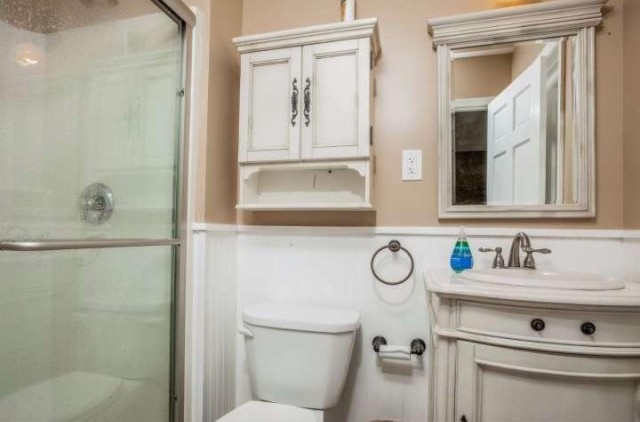 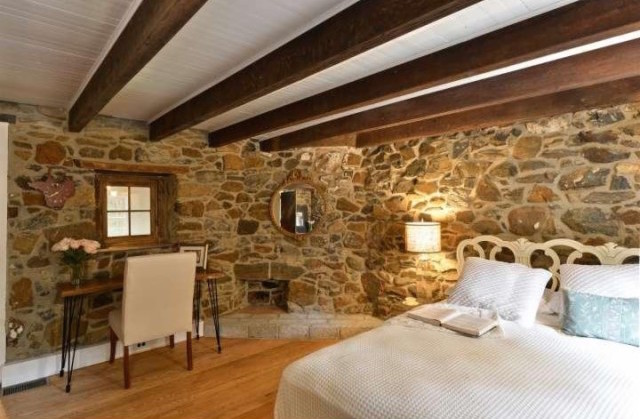 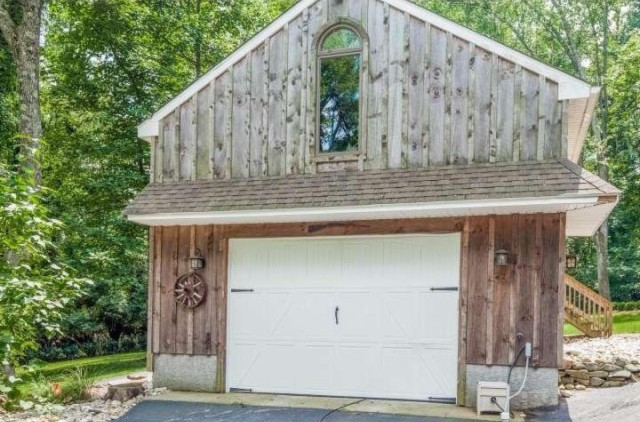 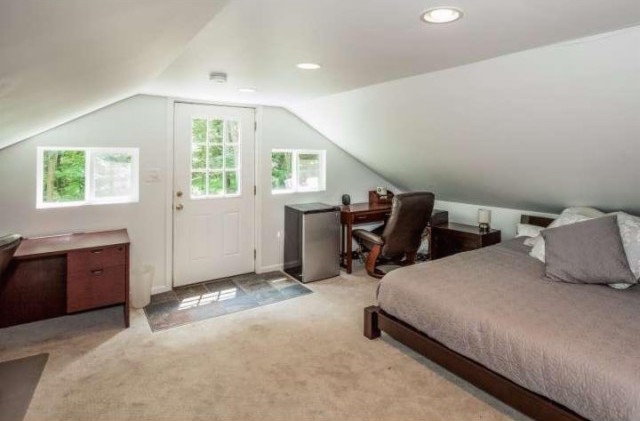 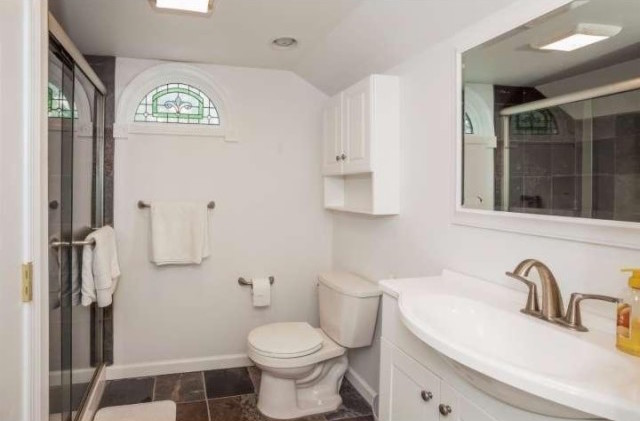 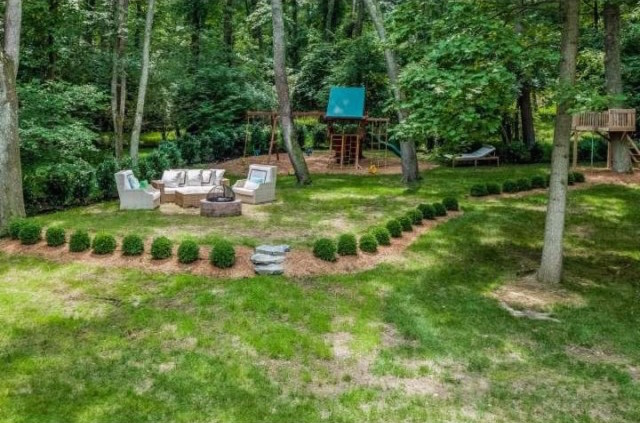