If the interior details are less Furnessian than some of you scholars and dilettantes have come to expect from a home designed by the legendary architect, there may be a reason for that. According to an article on the Lower Merion Historical Society website, Sydbury House may not have actually been designed by Frank Furness:

The new house was designed by the venerable Philadelphia architectural firm of Furness, Evans & Company, whose principal partner, Frank Furness, had by then reached his mid sixties. Whether he was still directly active as its designer is uncertain; the house adopted the guise of the fashionable Colonial Revival that was sweeping the suburbs, casting commuters in the guise of 18th century country gentry. Such academicism was something of a rebuke to the bold, inventive and expressive spirit that marked Furness’ most celebrated works of the 1870s and 1880s.

And yet, there are traces of the architect’s style throughout the structure, namely a “distinctive breadth and massiveness” and a “lightness and academic correctness and an unconventionality in plan that seems to recall the old lion’s hand, even if it may have operated here through his influence over others in the office.”

Today the home, which had been commissioned by Latrobe Steel Company president Marriott Smyth, still commands a presence from the outside as it sits atop property just slightly over three acres.  Inside, several renovations have left it with modern day amenities, the likes of which include a gym area (formerly a sitting room / office) and his and her master baths. Eleven fireplaces and hardwood floors are throughout, as are a couple of wallpapered rooms (come on, makeovers are fun!).

Out on the grounds, gardens and a stone terrace overlook the swimming pool with entry steps. Check out the gallery below! 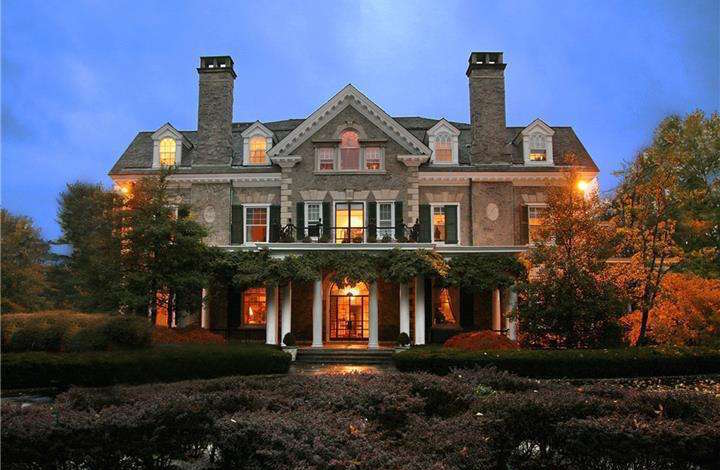 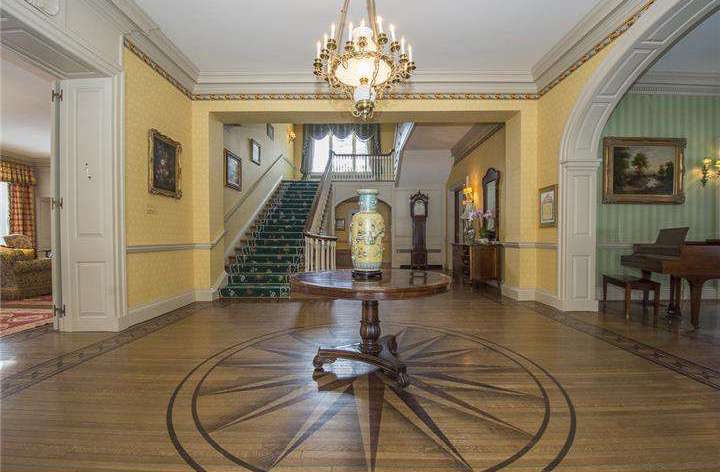 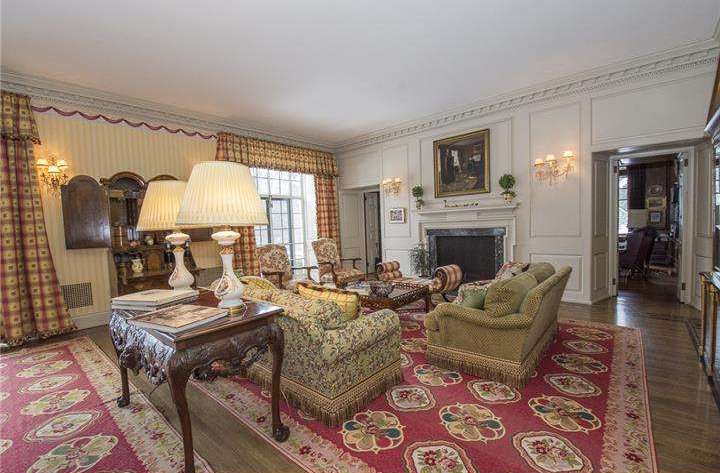 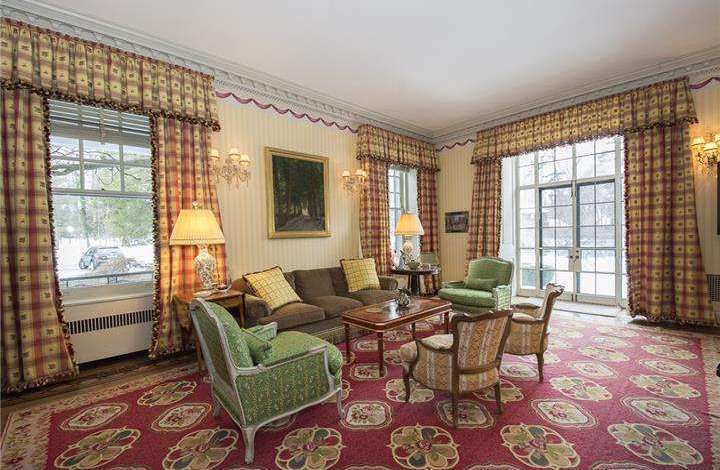 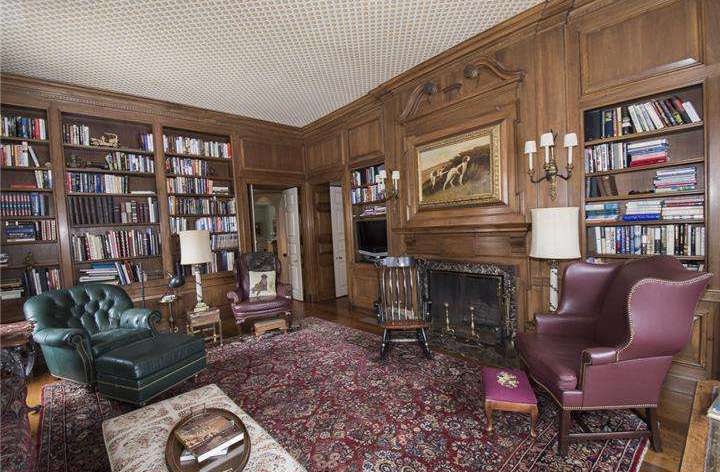 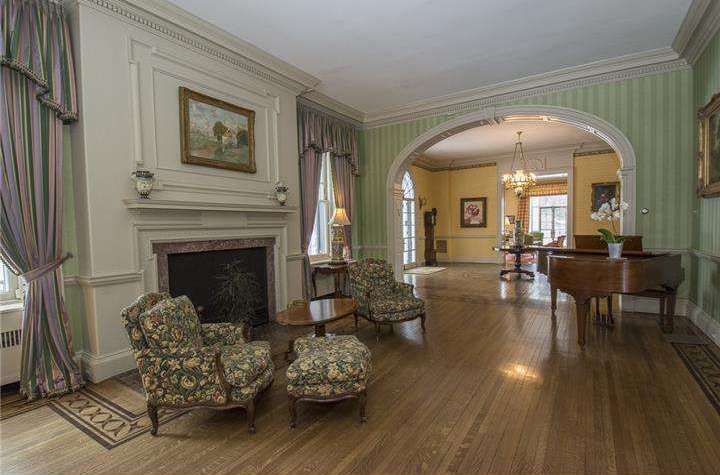 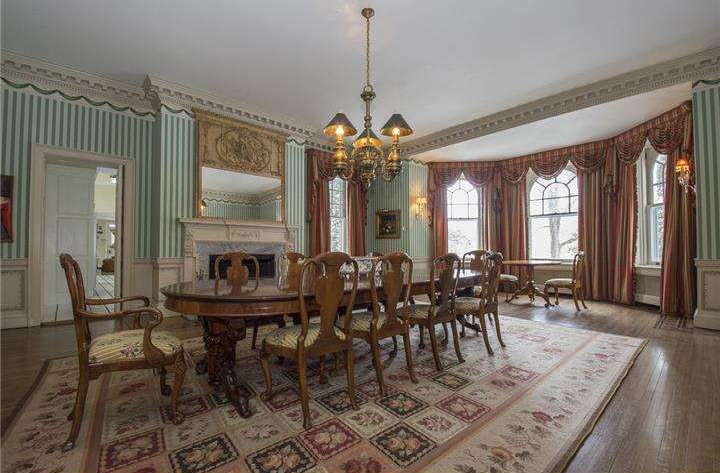 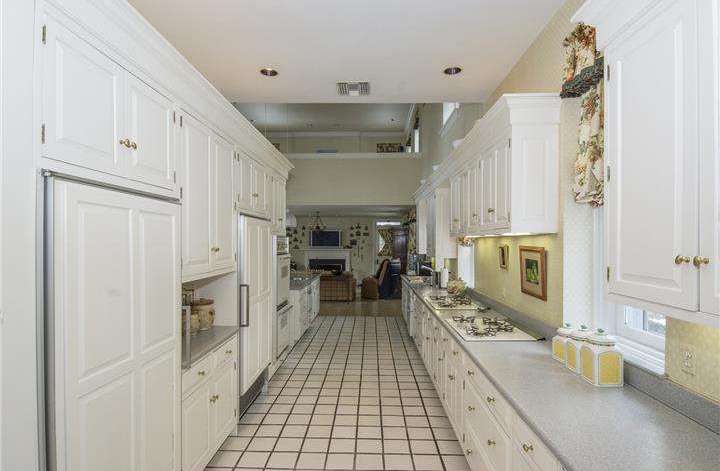 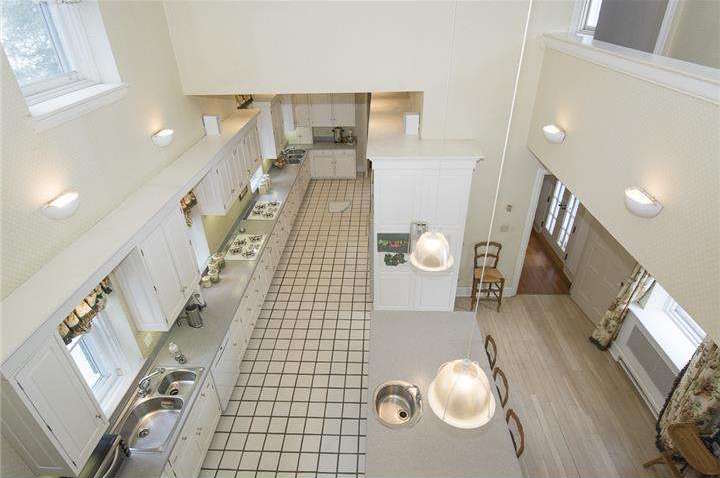 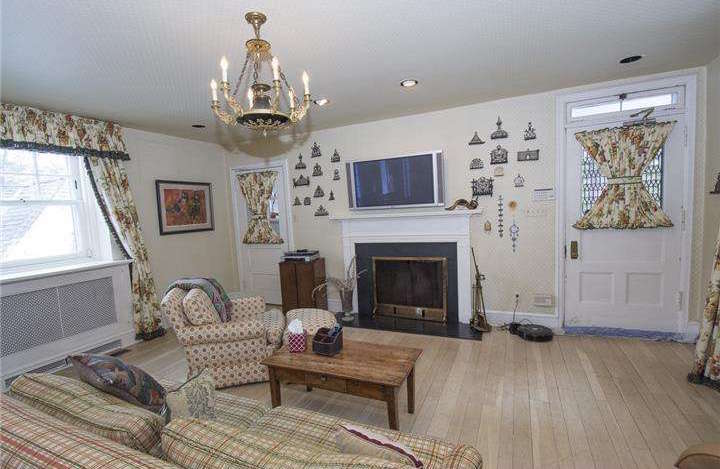 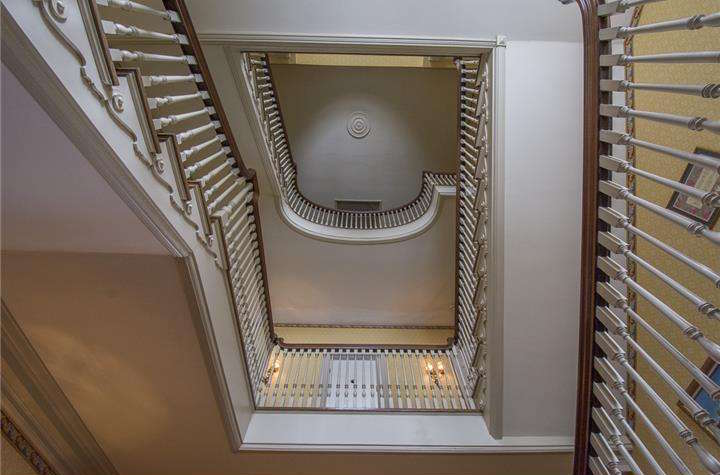 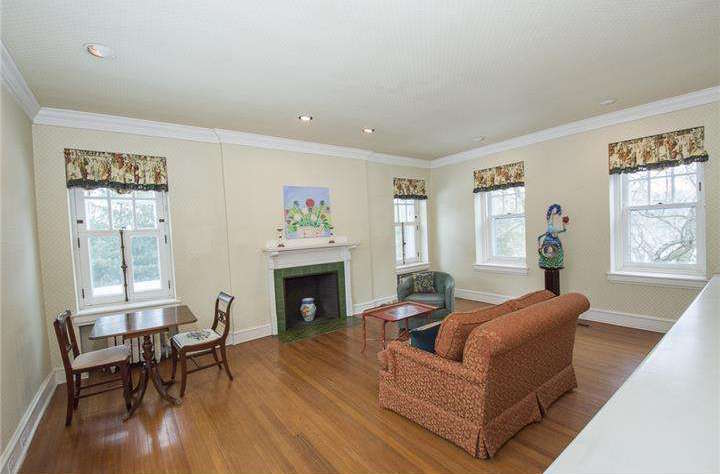 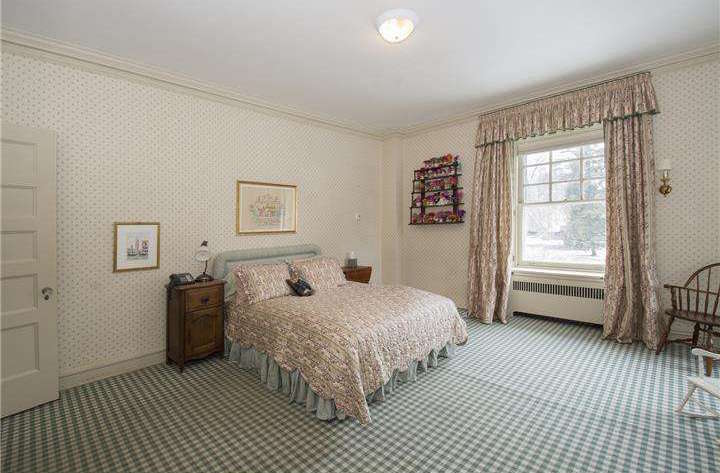 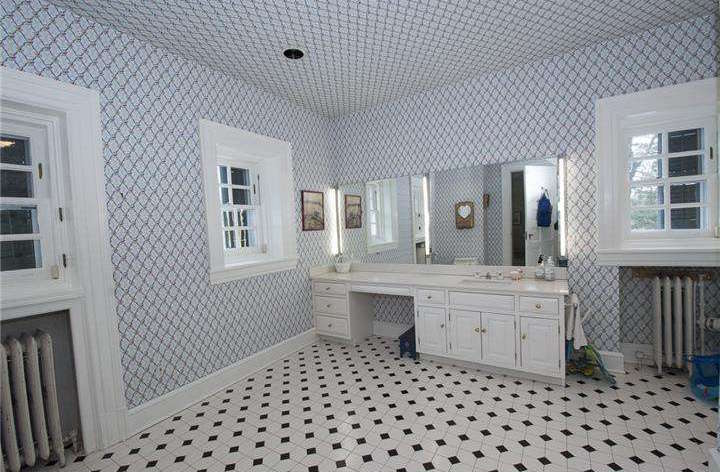 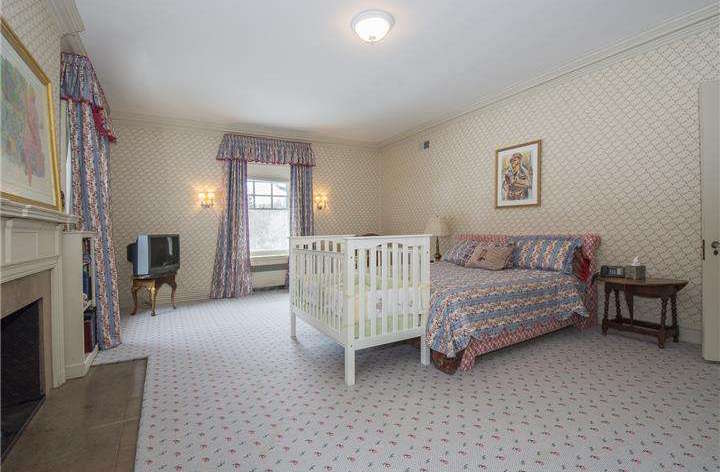 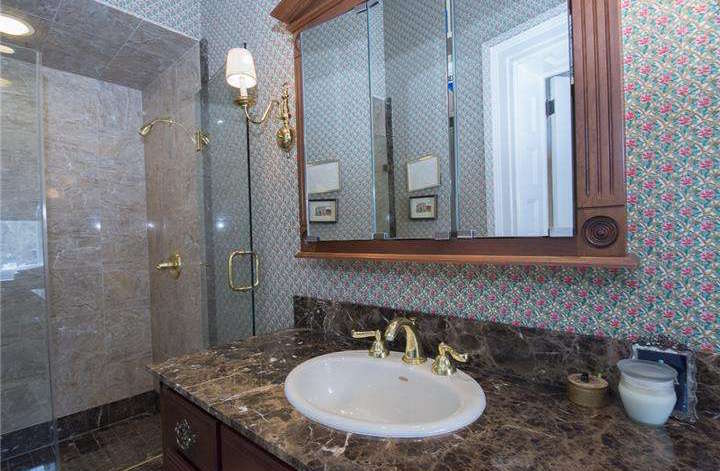 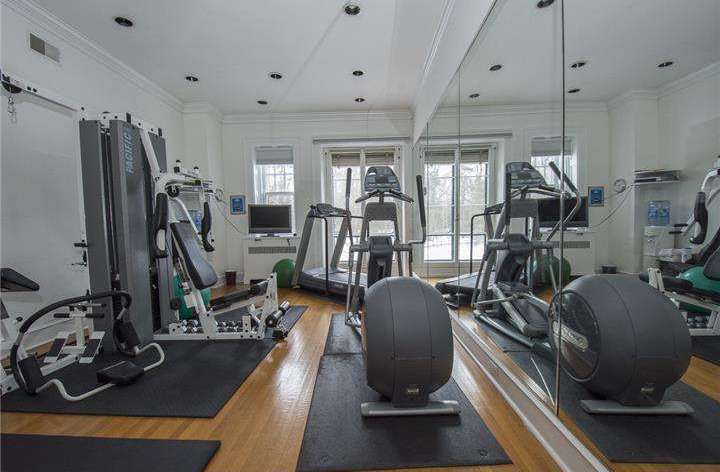 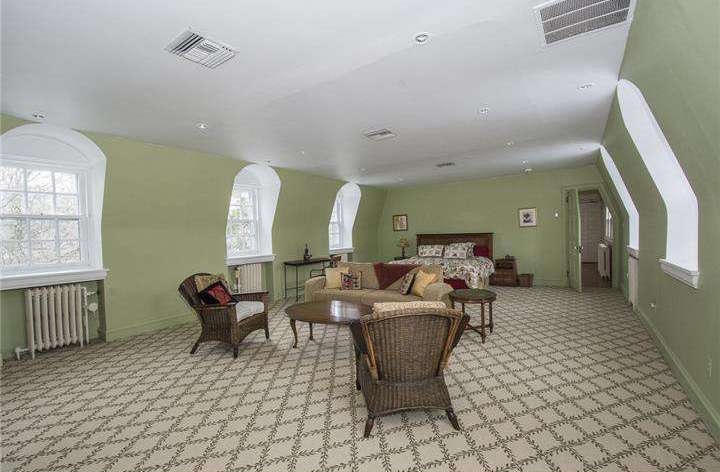 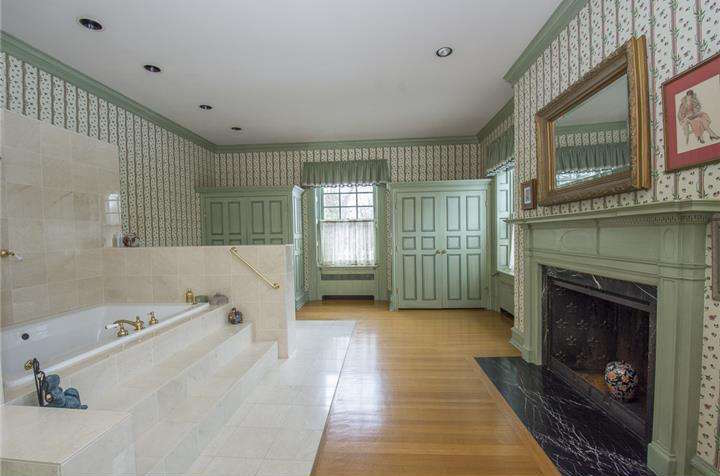 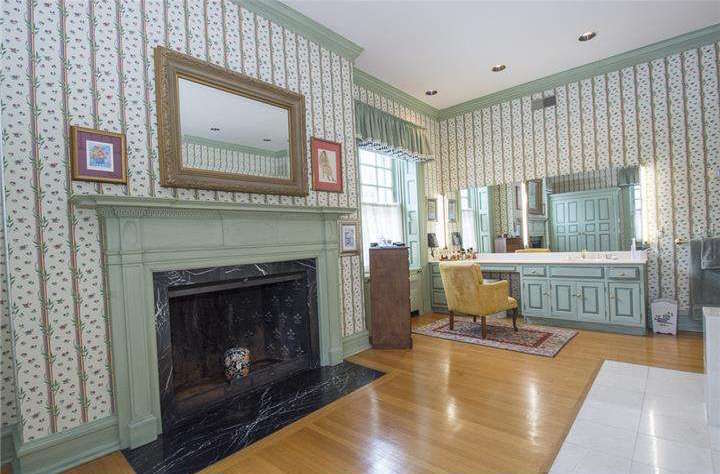 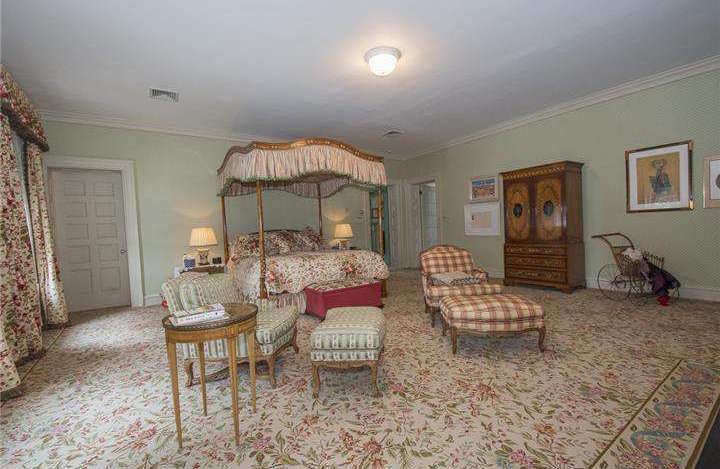 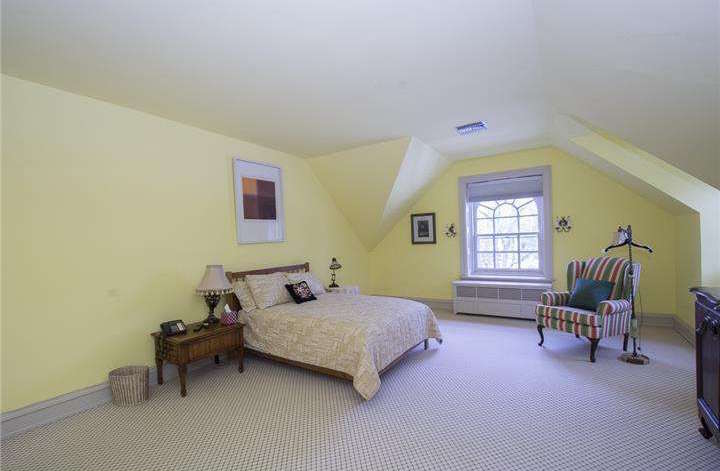 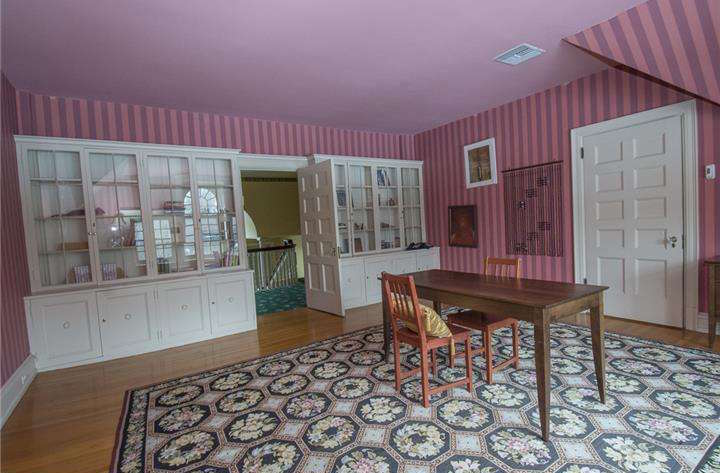 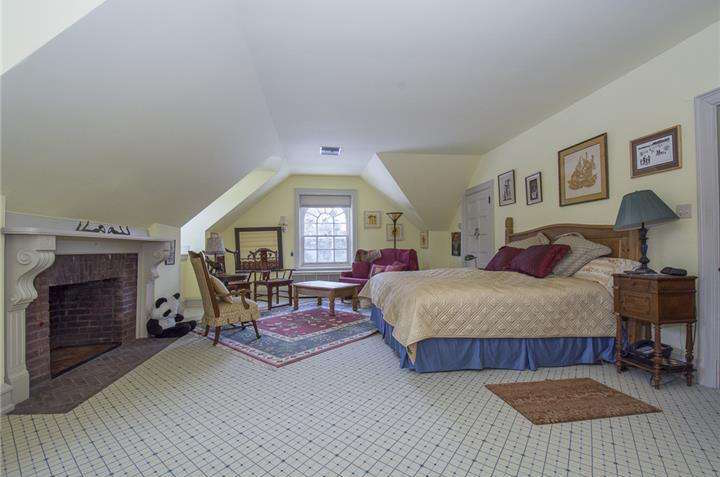 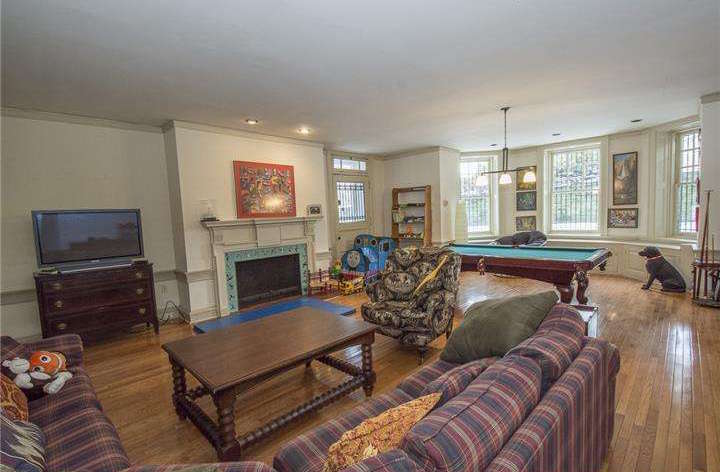 All TREND photos via Realtor.com