Chandler Place is celebrity real estate of the historic variety. The condo building now named Chandler Place was built in roughly 1904 as a family home for Alexander Mackay-Smith, bishop of Pennsylvania’s Episcopal Church from 1902 to 1911. The bishop was in fragile health during the years he lived in the home designed by architect Theophilus Chandler. According to a November 16, 1911 edition of the Pittsburgh Press, Mackay-Smith arrived at 251 S. 22nd Street shortly before midnight after a reception for his successor and went to his library to read for an hour or so. The next morning, he died in his bed, and a memorial was immediately planned at Holy Trinity Church on Rittenhouse Square.

As for the house, a Pittsburgh bishop told the Press: “Not so very long ago, [Mackay-Smith] and his wife built a handsome home in Philadelphia, and when he knew he was to die, Bishop Mackay-Smith said the house would be given to the Philadelphia diocese for the residence of the bishop there.”

The building was certainly fit for those in high places. Theophilus P. Chandler Jr. was responsible for many of Philadelphia’s religious buildings: Church of the New Jerusalem at 22nd & Chestnut, Tabernacle United at 37th & Chestnut, Berean Presbyterian at Broad and Diamond, Church of St. Asaph in Bala Cynwyd, Church of St. Martin in Radnor, and so many more.

Both Chandler and Mackay-Smith would probably be surprised to see that old single-family home now, given that it was converted into 10 luxury condos in the 1980s. Thankfully, the conversion was led by prominent Philadelphia architect Otto Sperr, who restored the building’s finest architectural elements.

The unit currently for sale is bi-level with a newish kitchen and one-car deeded parking. It’s a pet-friendly building. 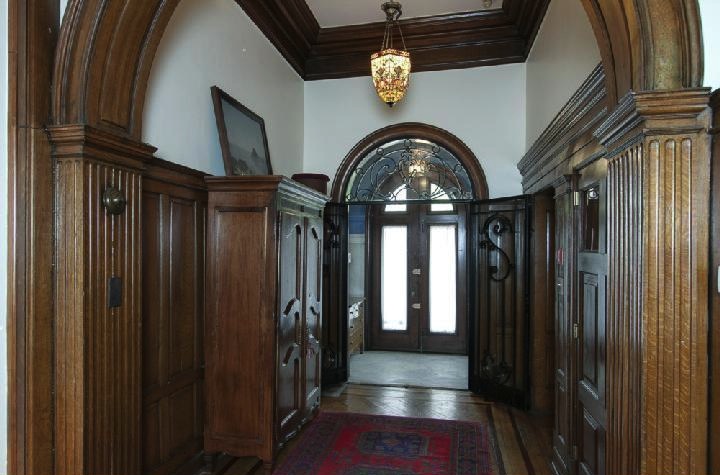 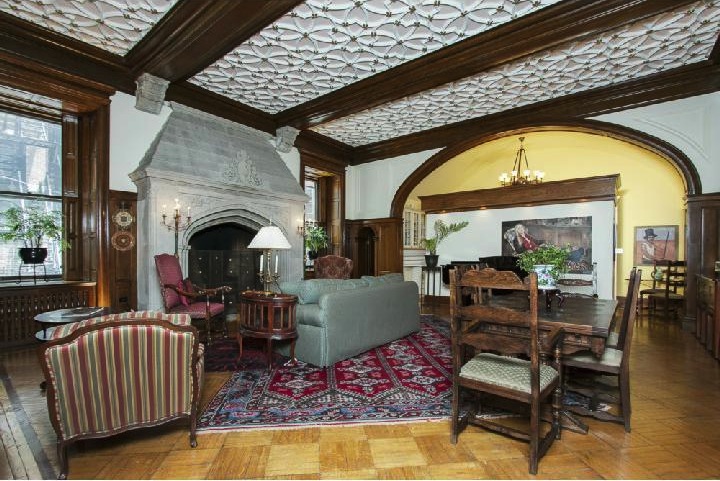 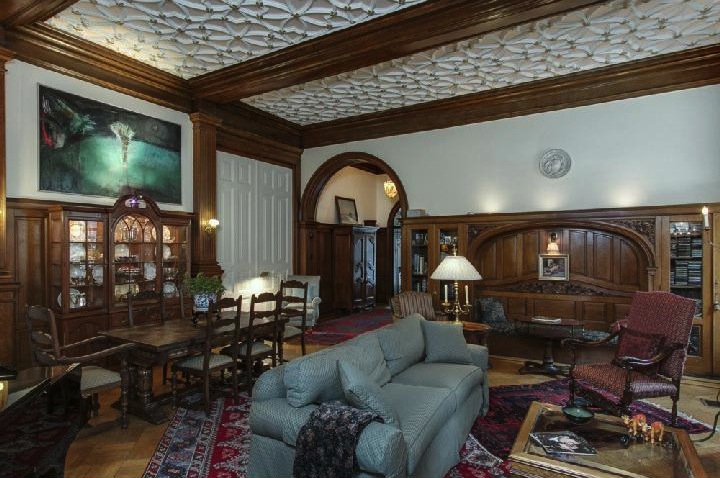 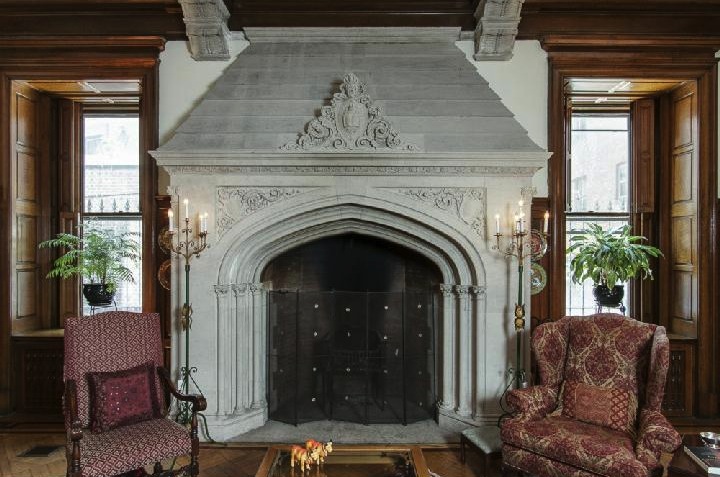 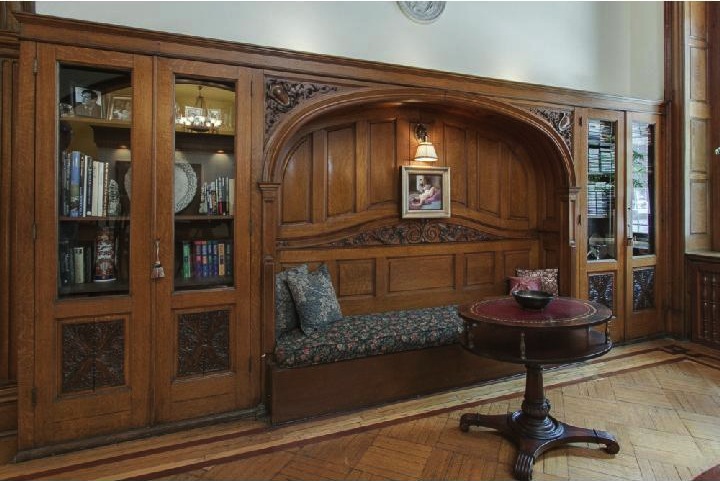 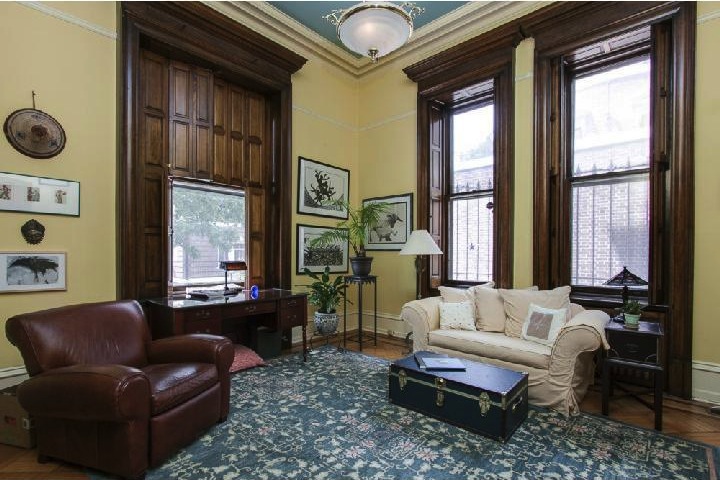 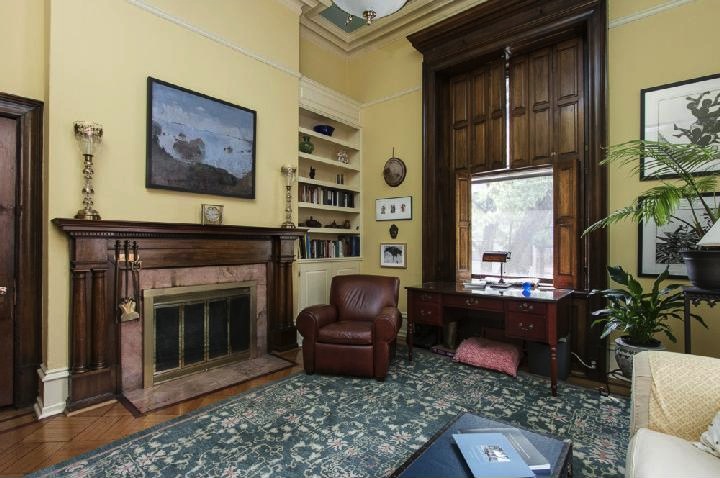 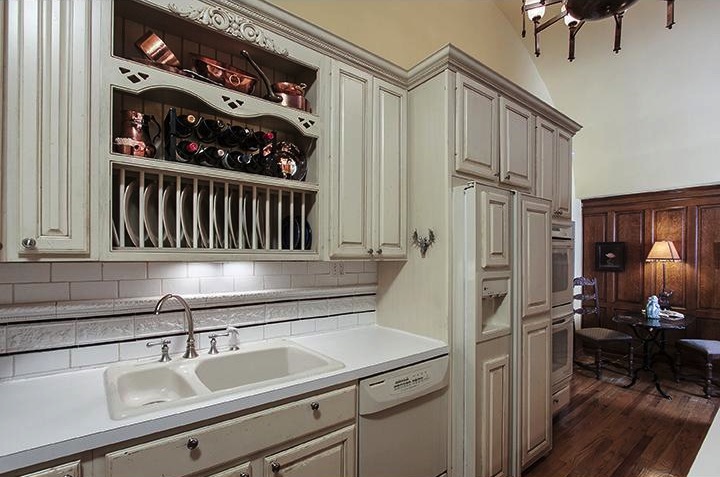 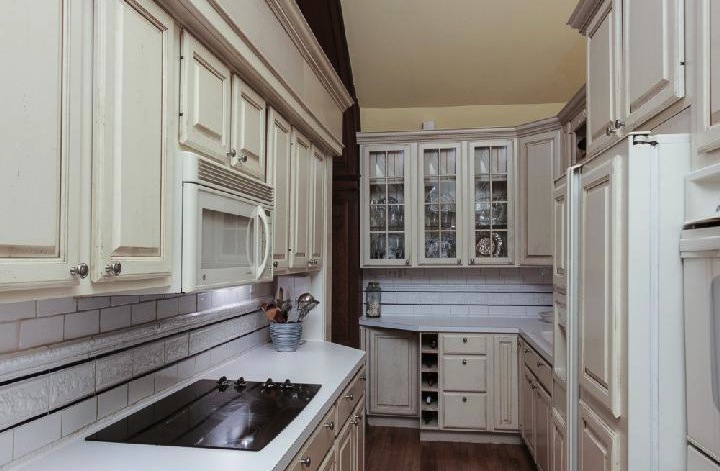 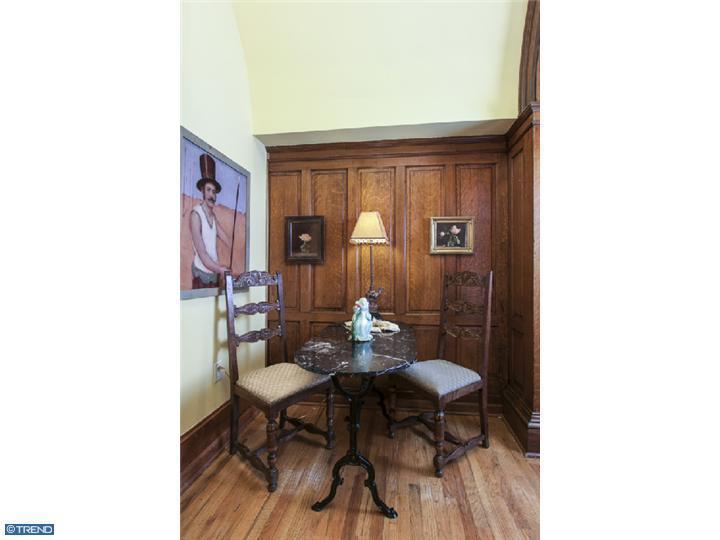 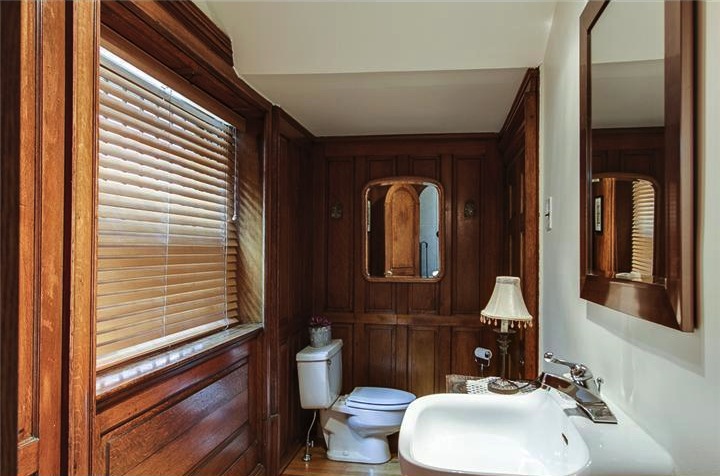 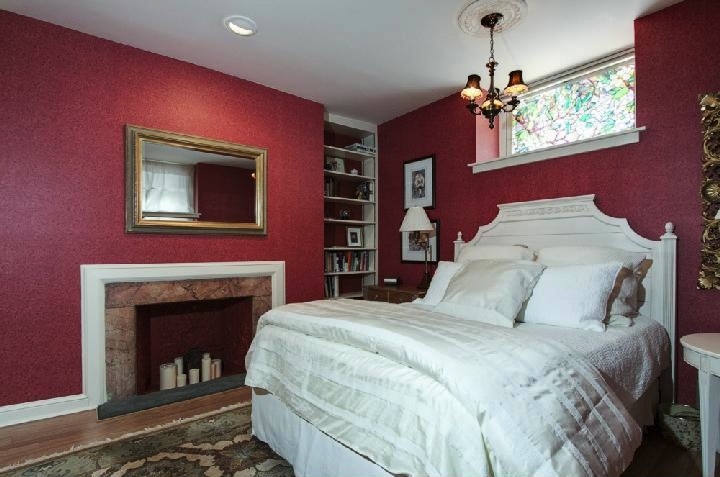 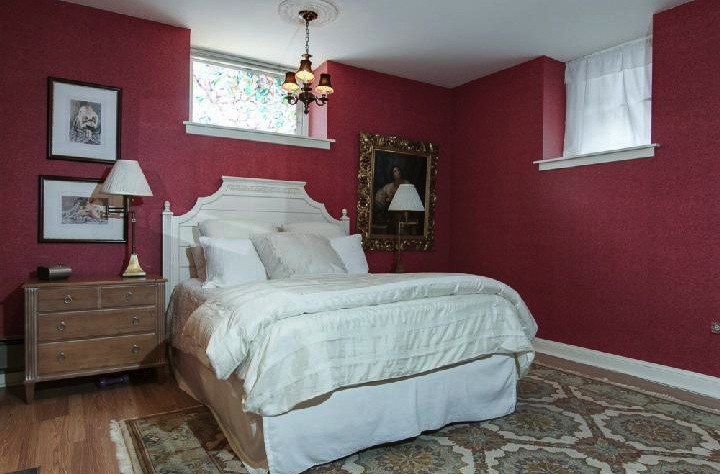 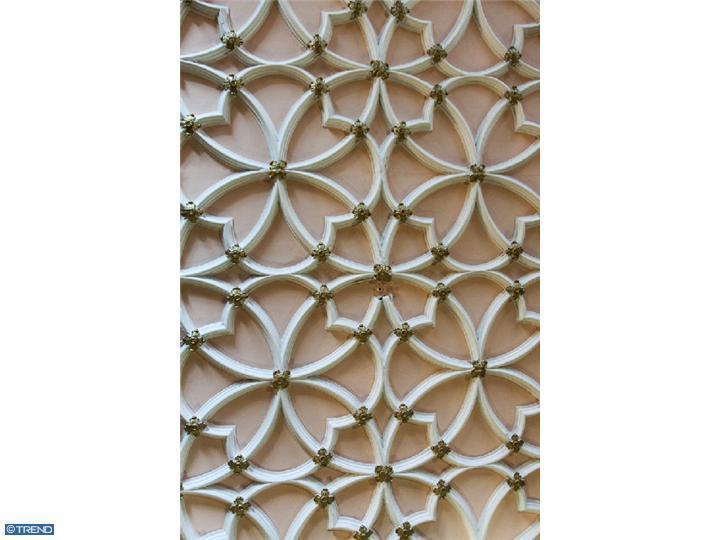 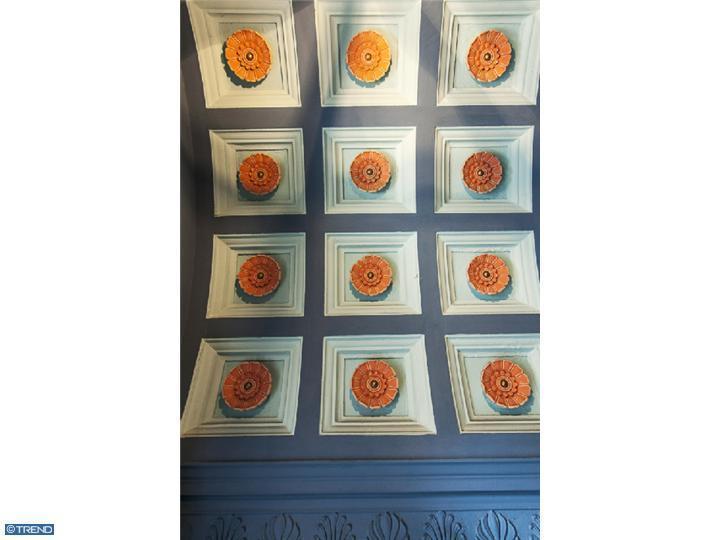 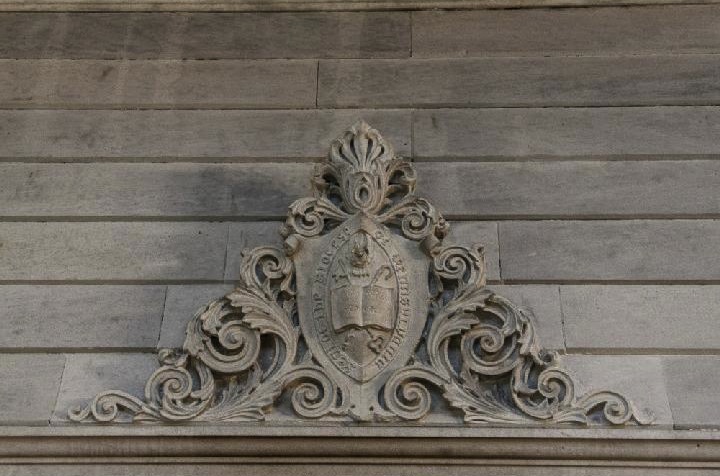 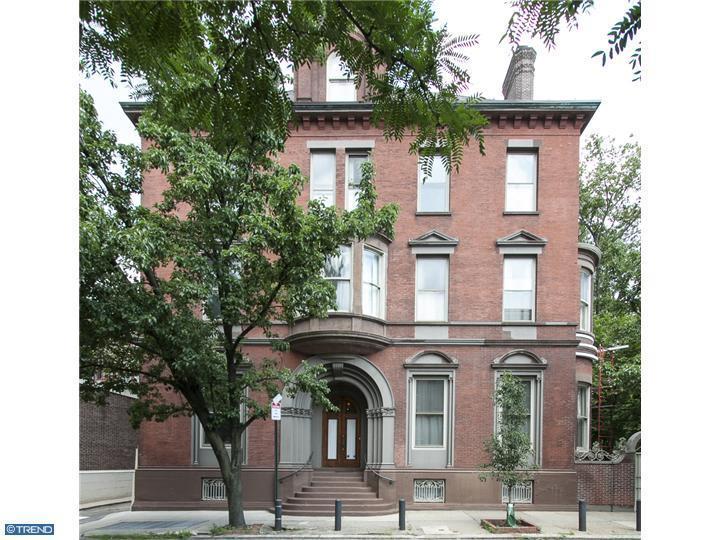 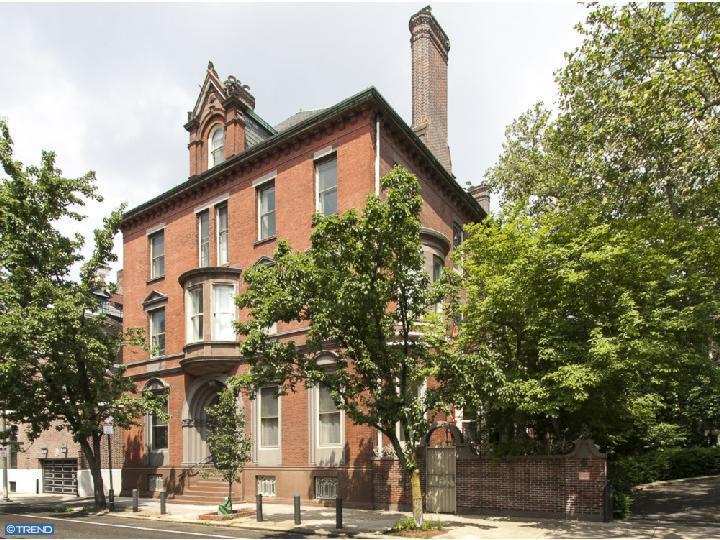