This Couple’s Dog Couldn’t Be at Their Wedding, So They Put a Photo of Him on Every Table

They also sent guests home with doggy bags of treats for their own dogs. 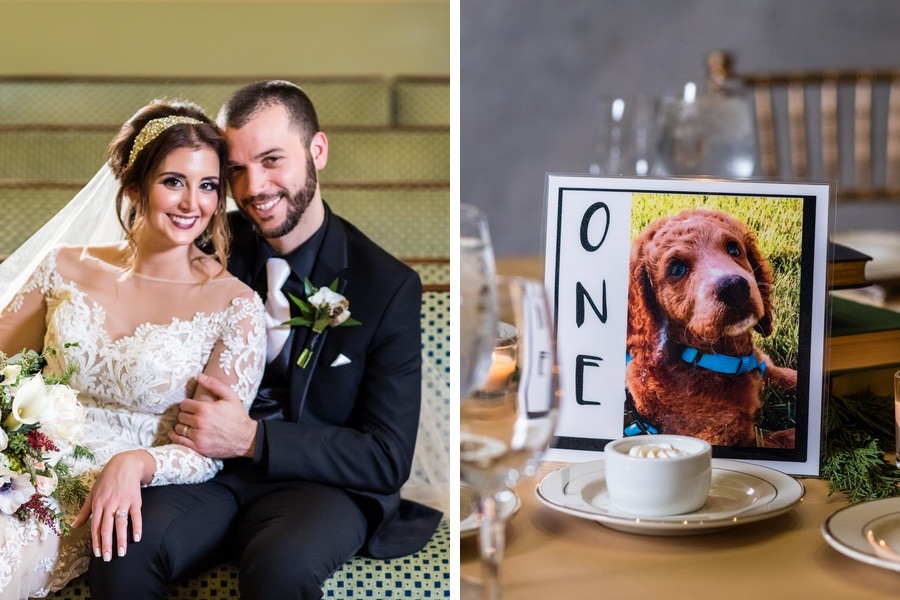 This Philly couple marked each table at their ONE North Broad wedding with a photo of their beloved dog, Finley. Photography by Ashley Gerrity

Philadelphia is a dog town, and our furry friends are more than just pets. For many owners, they feel like children. So when one nearby couple couldn’t bring their beloved fur baby to join them on their Big Day in the city, they made sure his presence was felt in other ways. Photographed by Ashley Gerrity Photography, the result was a ONE North Broad wedding that couldn’t be cuter. 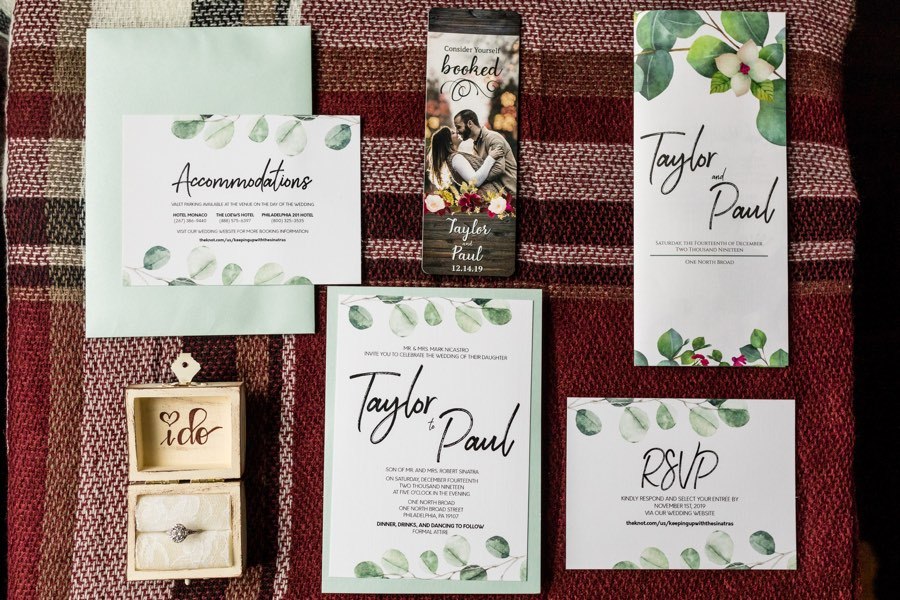 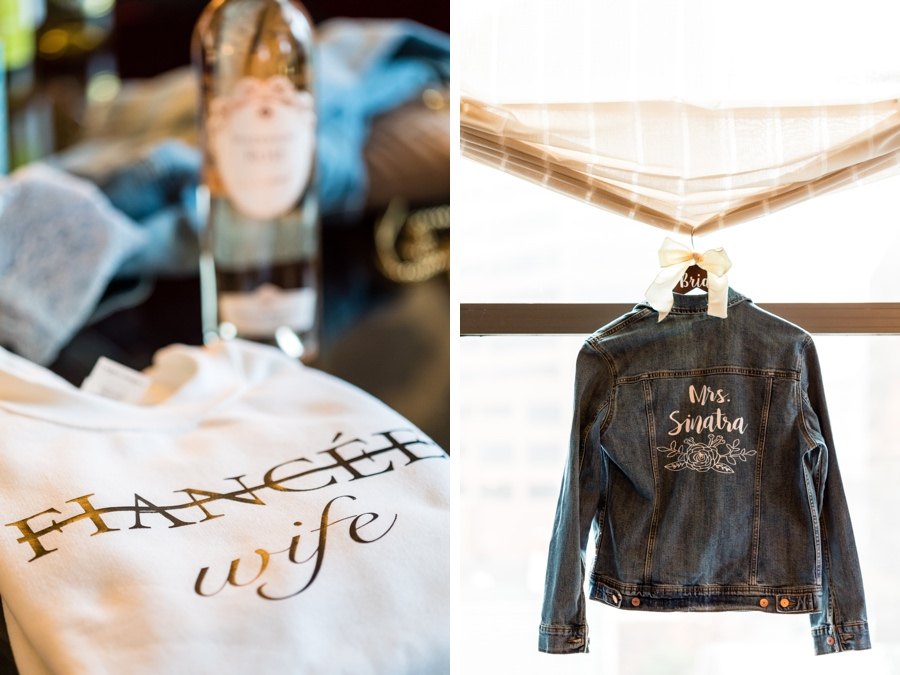 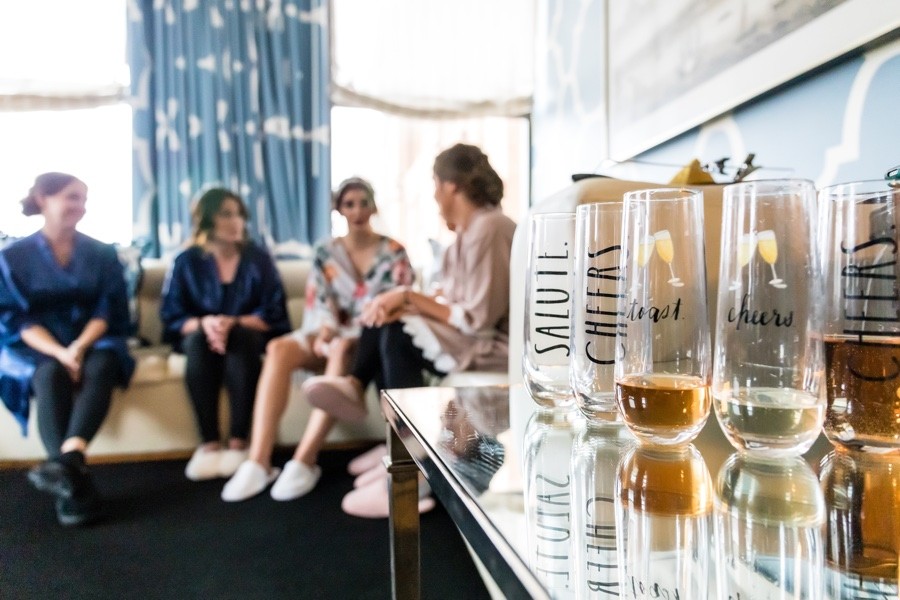 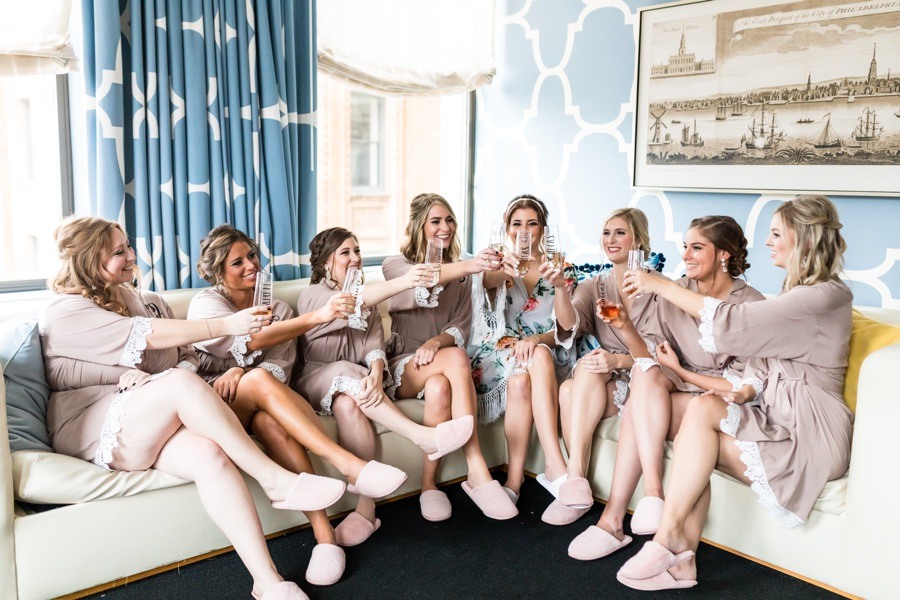 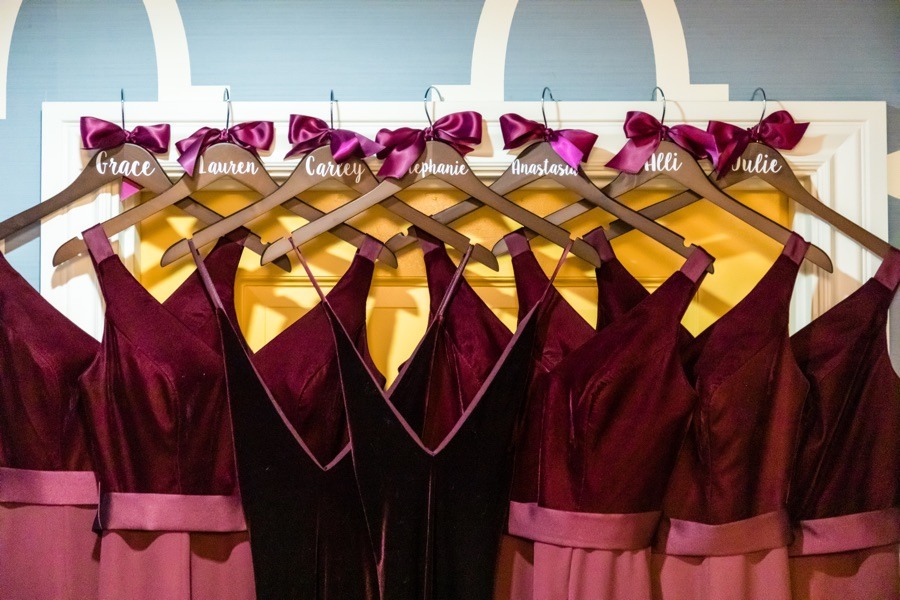 To Paul Sinatra, Taylor Nicastro was cute but nothing more than his friend’s little sister when they met as teenagers at summer camp. Taylor, on the other hand, had an immediate crush on Paul. “My mom used to laugh at me, telling me I would never have a chance because he was older,” she says. “I remember telling her, ‘Just you wait! It’s going to happen.’” 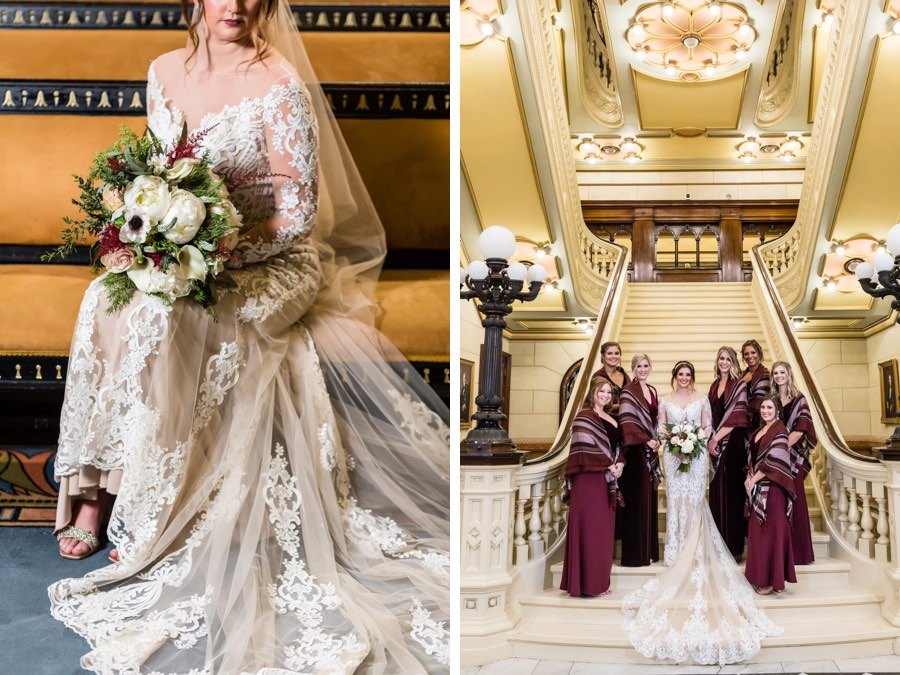 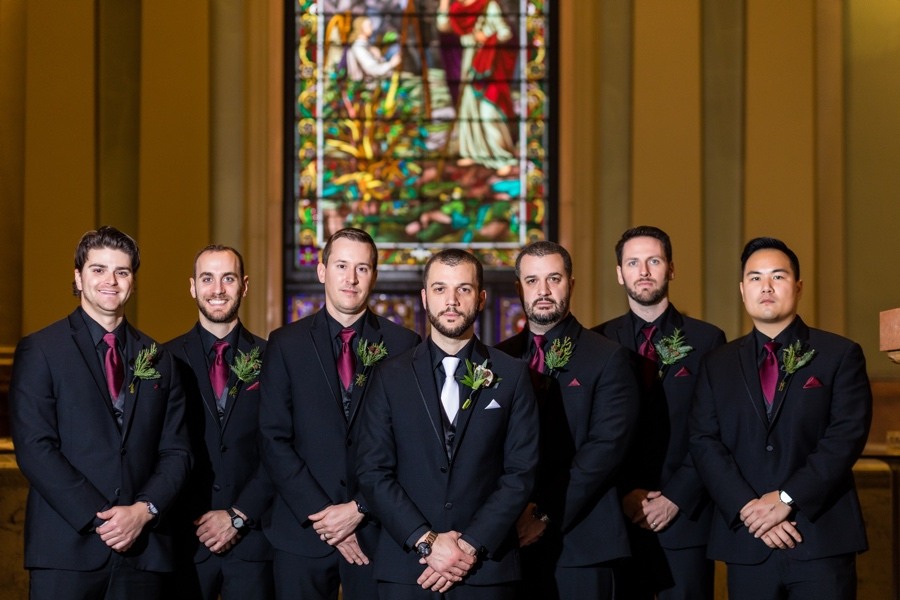 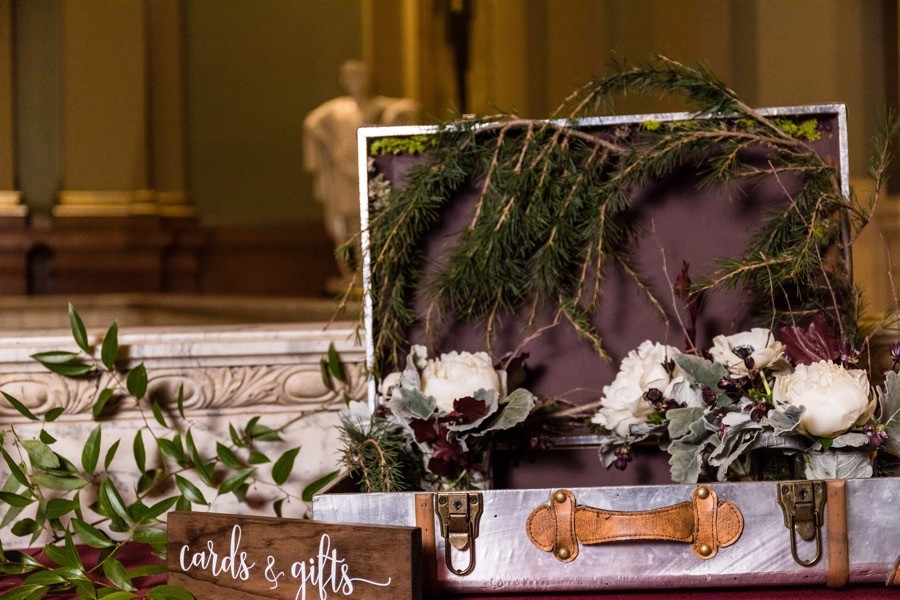 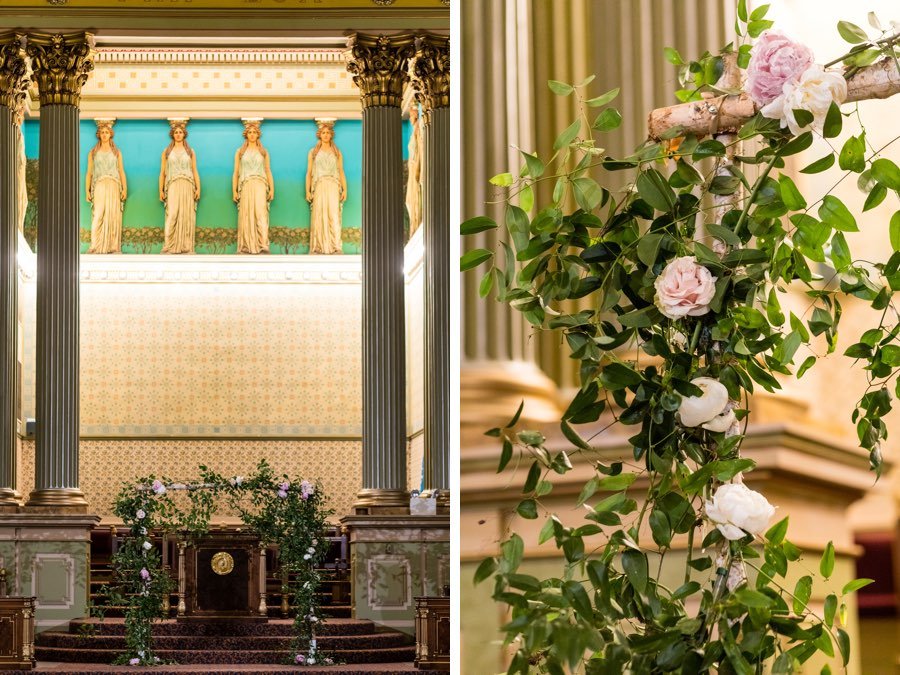 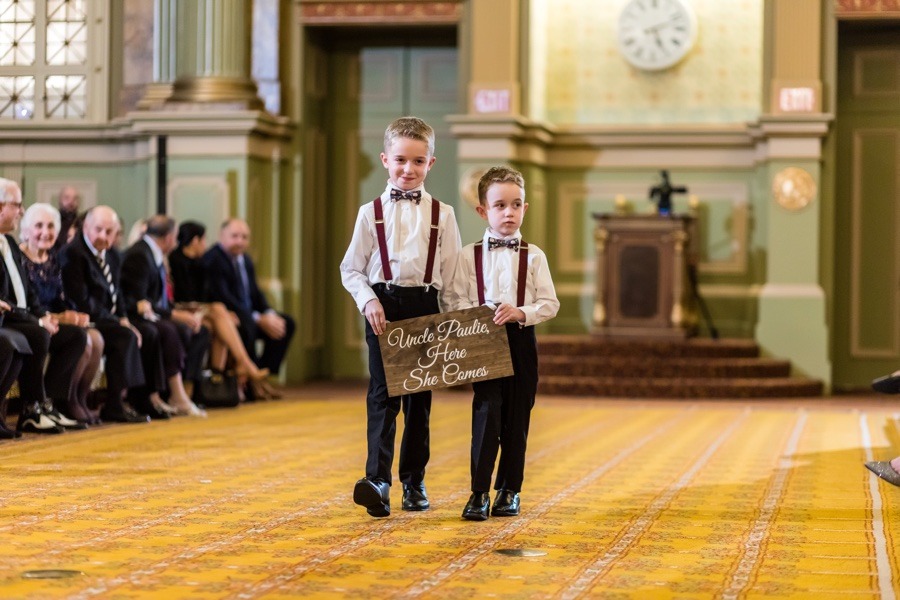 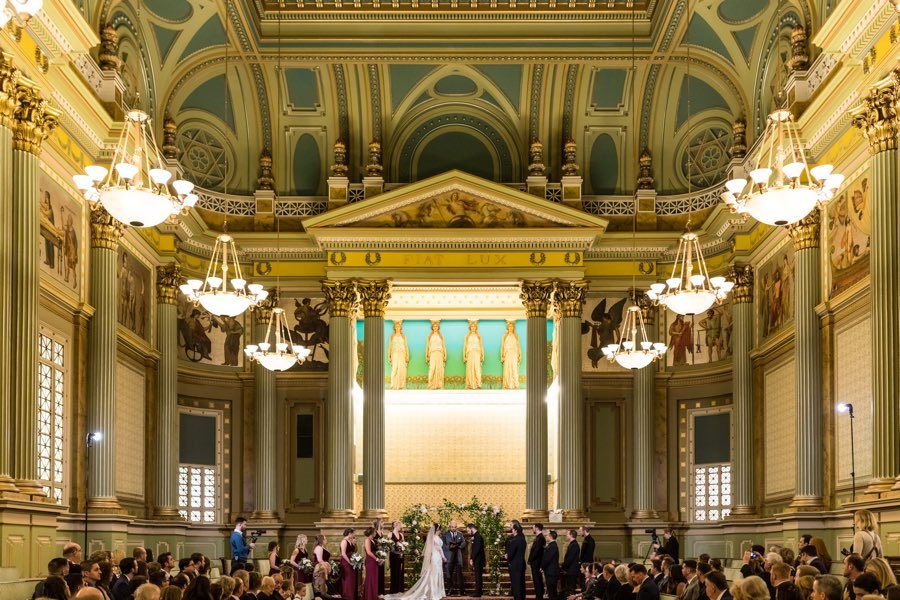 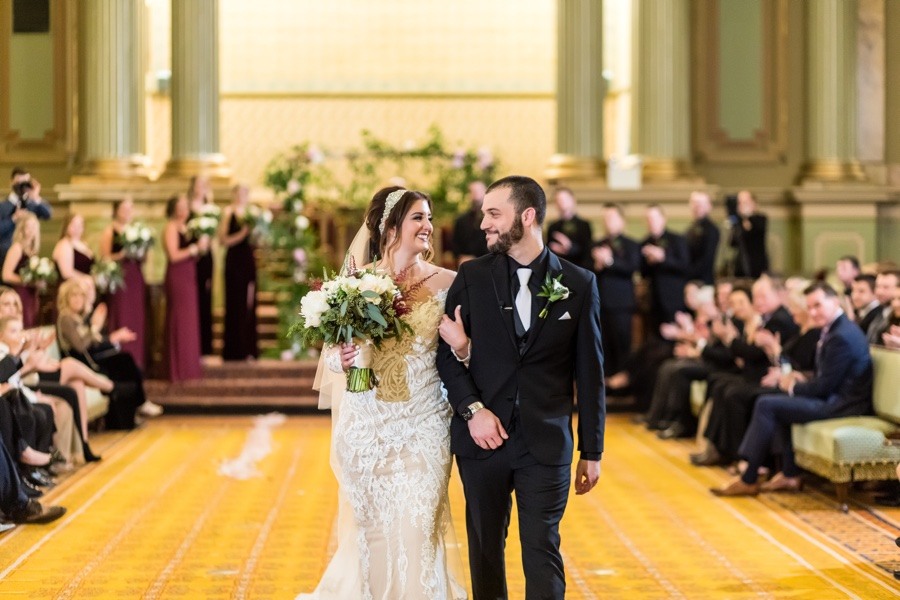 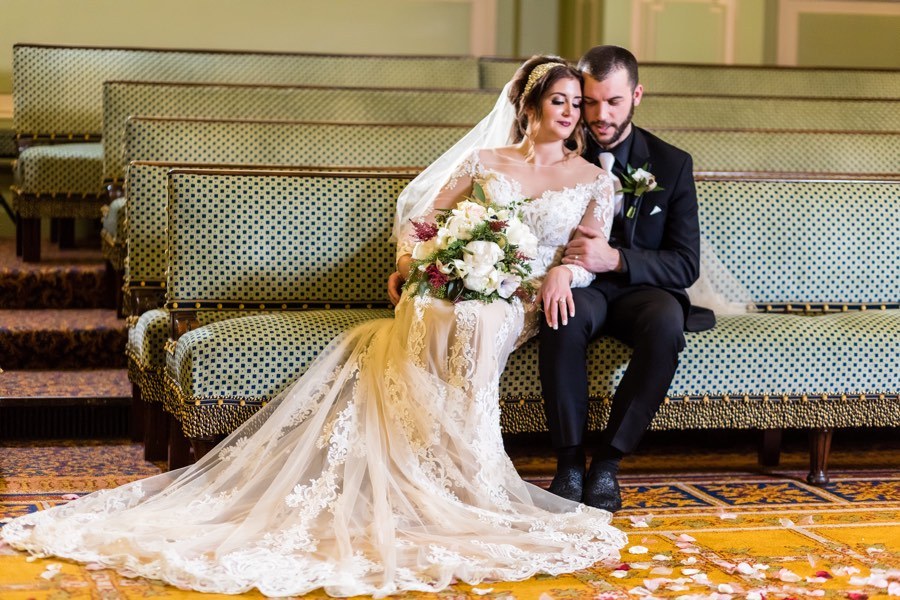 Taylor was right: Six years after she graduated from high school, she and Paul reconnected when she was hired as a teacher at the school where Paul was employed. The pair began dating in secret until they accidentally made their relationship known when they attended a home opener football game together. It was worth it, though, because the night resulted in Paul’s first “I love you” to Taylor.

Two years later, in July 2018, Paul asked Taylor to be his wife while the pair was relaxing at home with their new puppy, Finn. 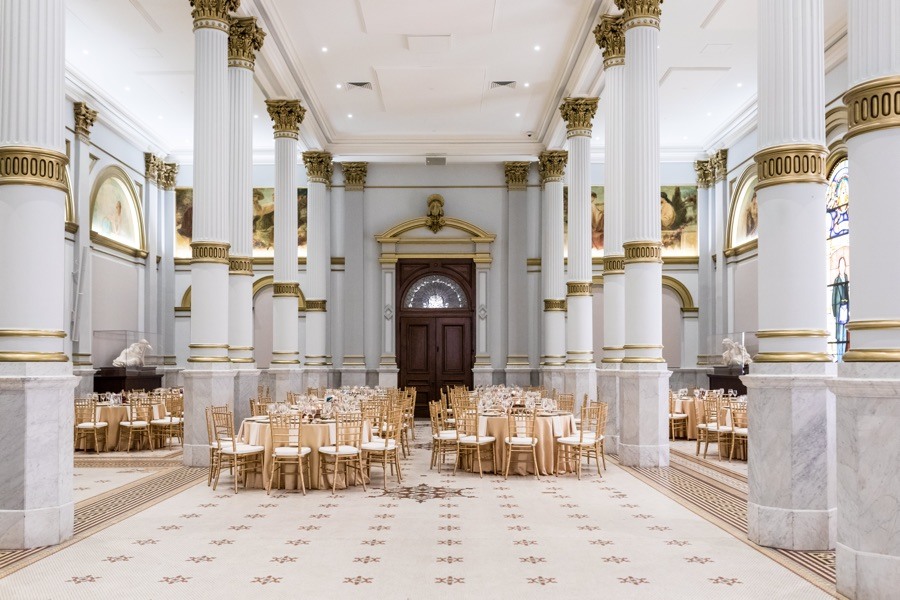 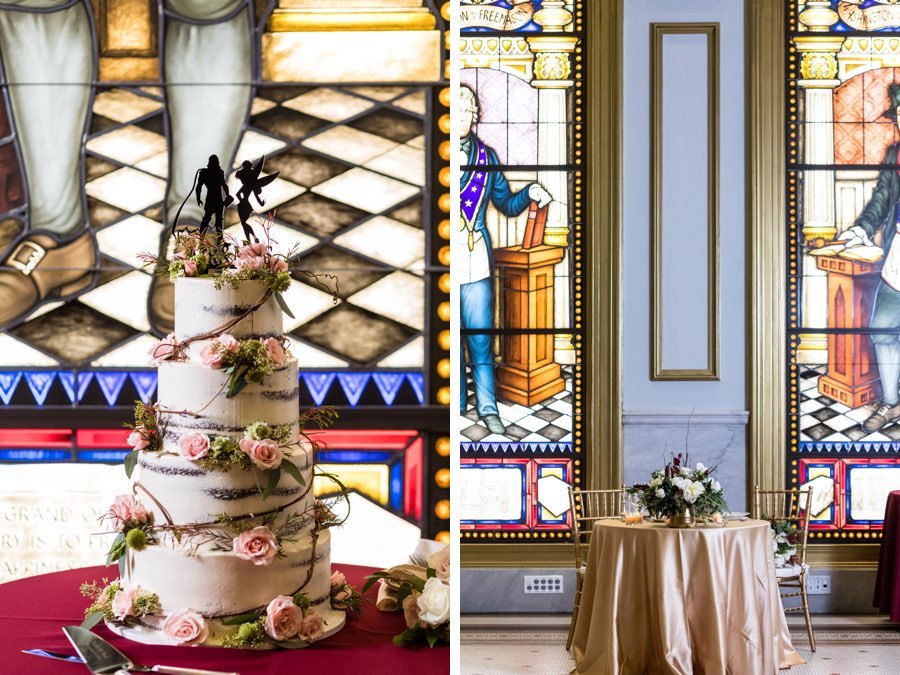 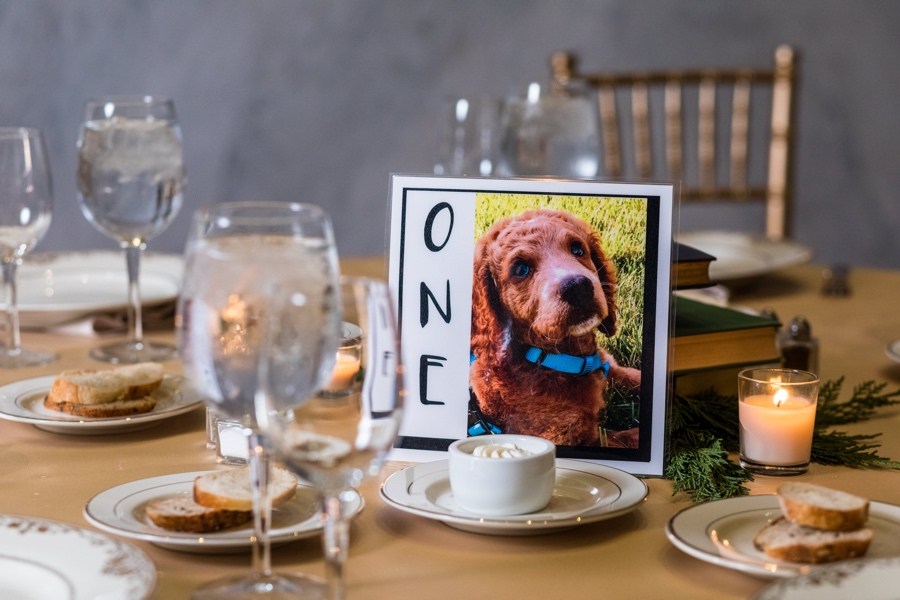 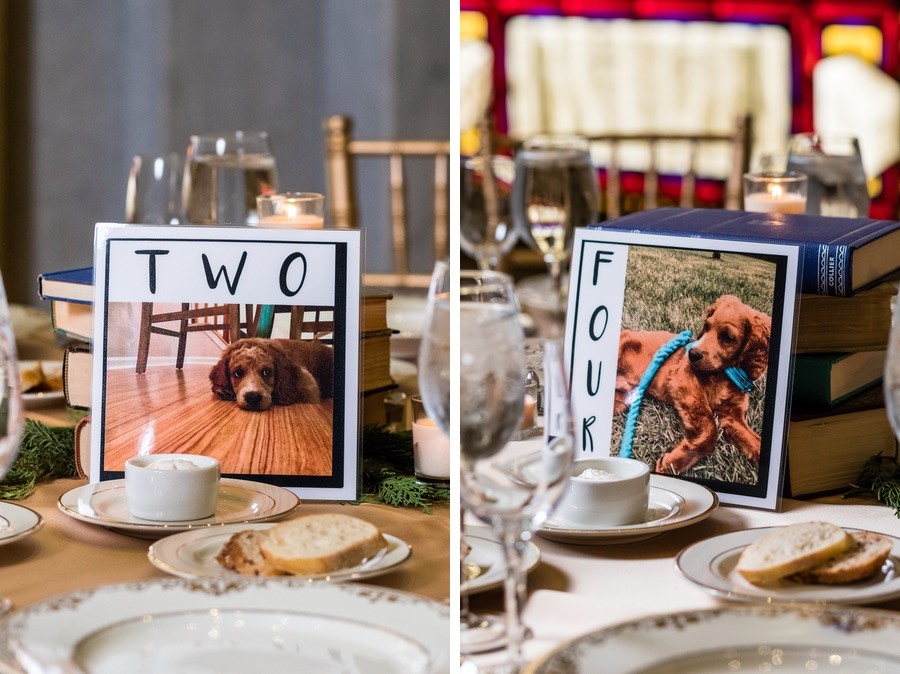 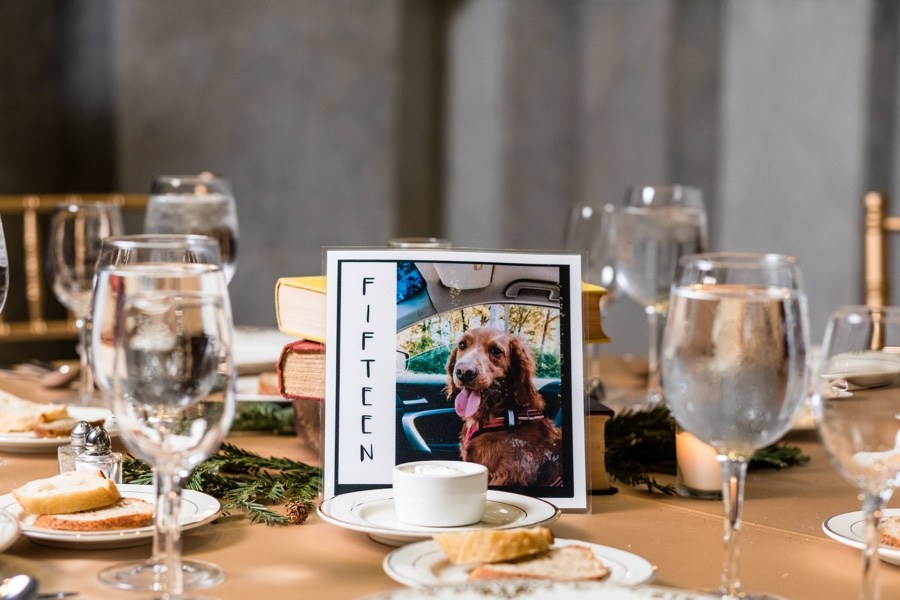 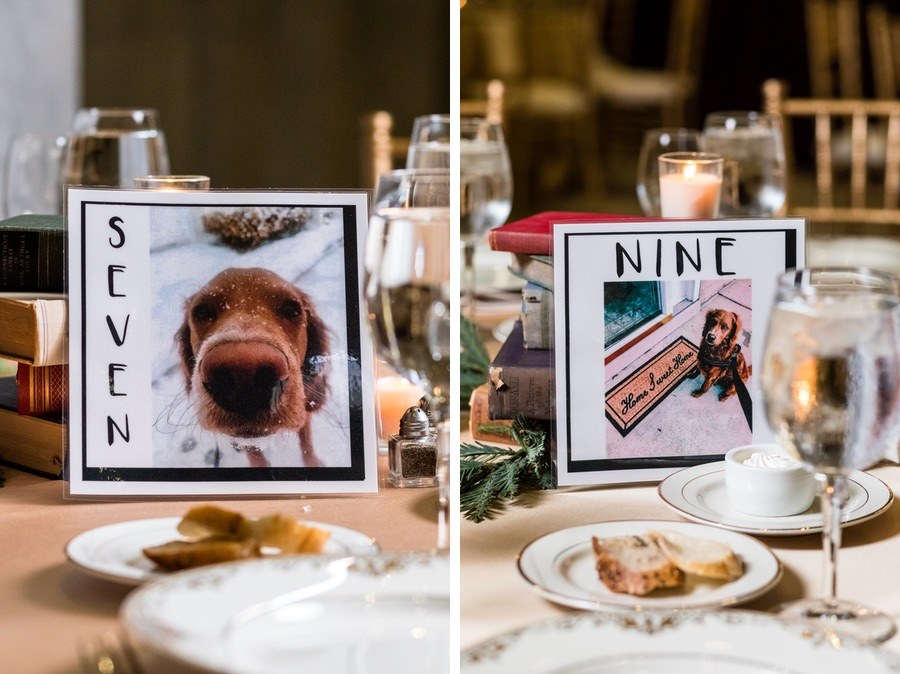 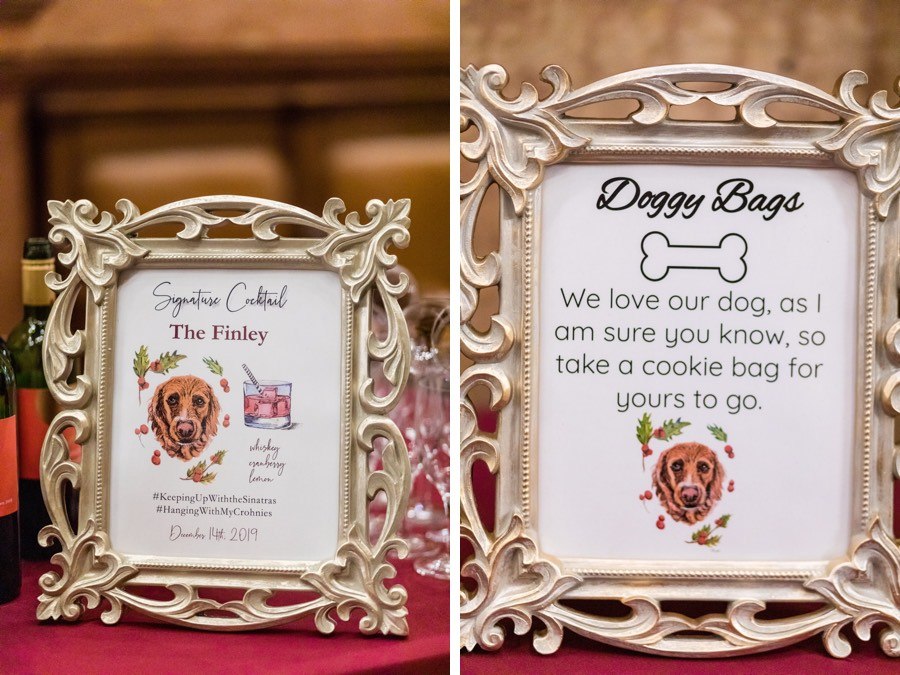 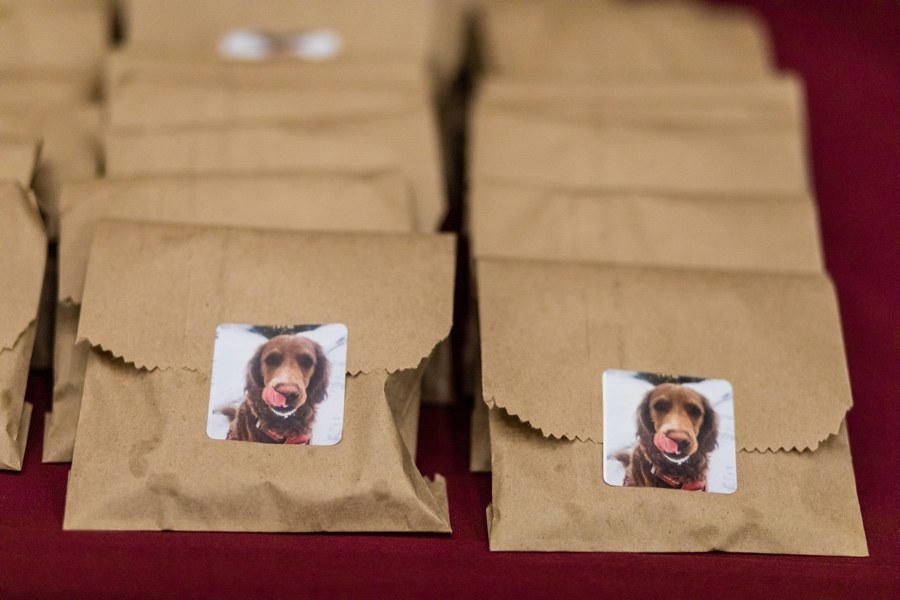 Taylor and Paul got married in December 2019 at ONE North Broad, incorporating Finn into their Big Day any way they could. Their wedding favors were “doggy bags,” bags of dog treats guests could take home for their own furry friends. Additionally, Finn’s life was chronicled in photos that made up the 19 table numbers at the reception, and the duo’s signature cocktail was named “The Finley,” a whiskey sour with cranberry juice. 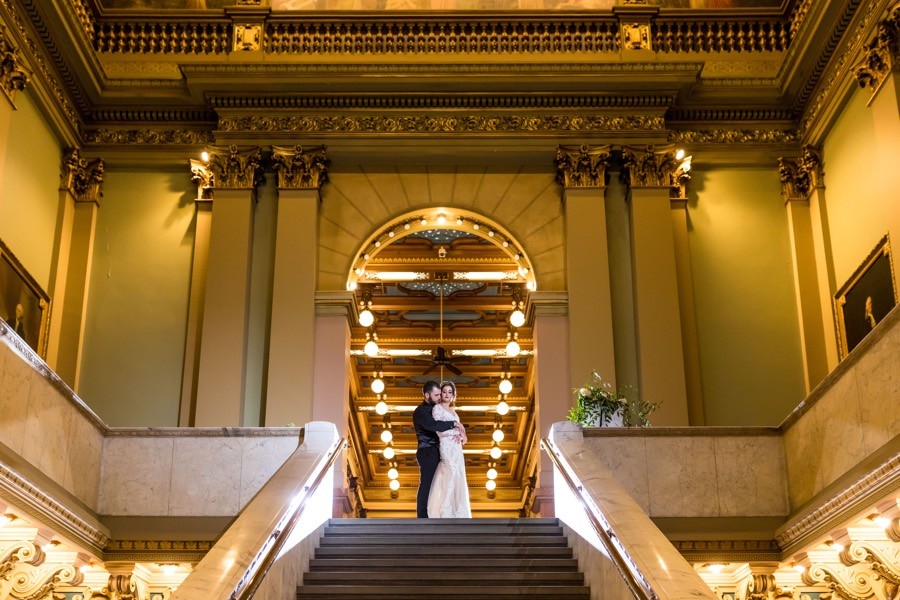 When it came to the theme of the Big Day, Taylor aimed for one thing: drama. “I wanted a venue that was stunning and unlike anything done before,” she says. “When I walked in the doors of ONE North Broad, I knew I achieved so much more than my vision. I felt like a member of the royal family.”