You know it's serious when The New York Times is making infographics to track your romance. 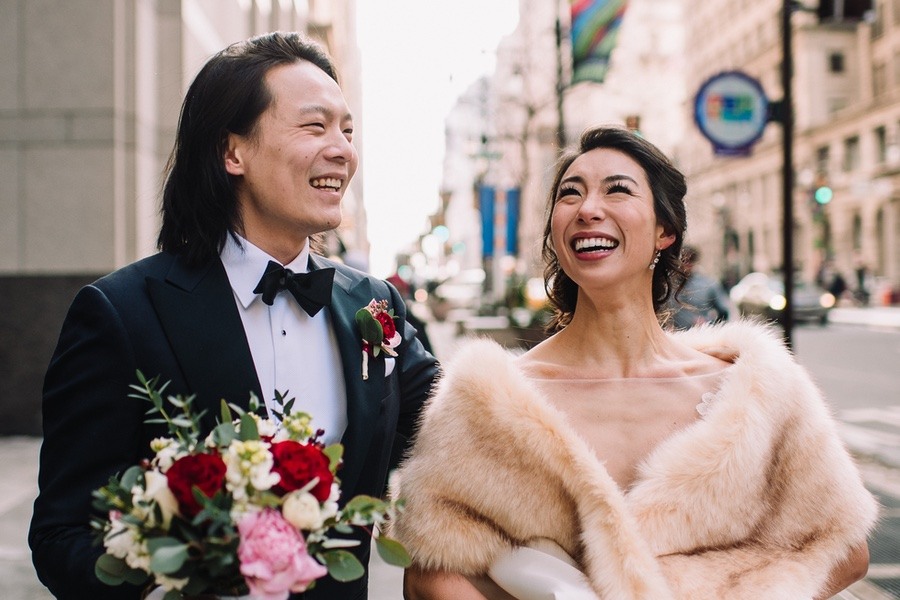 What can we say? Beautiful weddings are great and all, but we’re really suckers for a good love story. Whether it’s a couple who came together in the the face of unspeakable tragedy or a pair who spent a month on the phone before their first date, hearing the tales of how two of our fellow Philadelphians navigated the crazy new world of dating we’re living in and came out deciding on each other always warms our hearts. That’s especially true with Hannah Ryles and David Lee, two UPenn medical and research graduate students who crossed literal continents — and did so multiple times — to keep the fire of their decade-long relationship burning.

Per The New York Times, Hannah and David first met as middle-schoolers at the American School, an international private school, in Tokyo. (She is the daughter of an Army colonel, his mother has held multiple positions with the State Department.) They dated, broke up, and dated again, as most young couples do, but when it came time for junior prom, Hannah was determined to be David’s date — even though the dance was to be held in Shanghai, and she still lived in Tokyo.

“There was no talking to Hannah when it came to David,” Hannah’s father told reporter Vincent Mallozzi. “She had already proved to us that she would move heaven and earth to see him, so we let her go.”

While most teenagers just have to worry about sneaking out of their bedroom windows to see one another, David and Hannah spent the next few years sneaking out of countries to spend time together. (David moved to both China and Kuala Lumpur during high school.) They covertly convinced their families to vacation in Thailand at the same time, without telling their parents the other’s family would be there, and later signed up for the same summer volunteer program in the same country — again without mentioning to their parents that they would be doing it together.

When it came time for David’s senior prom, Hannah told her parents she was going on a hiking trip in rural Japan — and then skipped school to get a visa and paid for airline tickets to head back to Shanghai with babysitting money. It wasn’t until both enrolled in college — Haverford for him, Bryn Mawr for her — that passports were no longer necessary to be together.

Hannah and David’s story is so dizzying that The New York Times made a chart to keep track of their movements.  (When the Grey Lady is devoting infographic resources to track your romance, you know it’s serious.) If you’re in a long-distance relationship right now, do yourself a favor and forward this to your partner. It’s a sweet reminder that, despite everyone telling you otherwise, no amount of miles is too many to overcome when the feeling is right.