Plus, can we just excommunicate Bill Cosby once and for all? 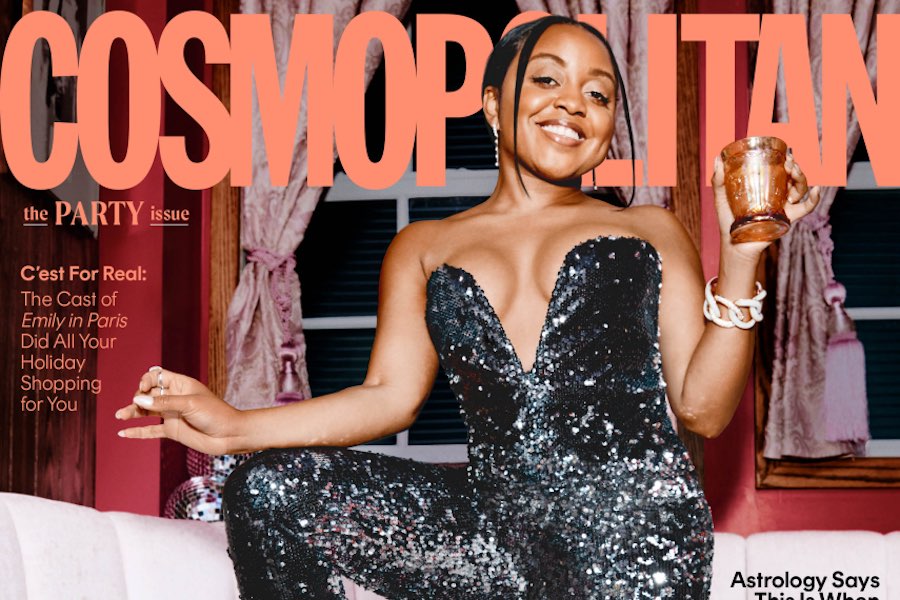 I sure am glad I interviewed Abbott Elementary star/creator (and Philly native) Quinta Brunson when I did. Because somehow I have a feeling she’s not so easy to get in touch with these days.

Brunson has now landed the coveted cover of Cosmopolitan, and might I say, she’s looking simply resplendent in doing so:

That’s right, Cosmo called Brunson the “New Queen of TV.” You can read Cosmo’s full profile (and see some absolutely wild photos of her) here.

Oh, yes, and you can read my lowly interview with her from March 2022 here.

What do you do when media outlets (including some national ones) can’t stop talking about Philadelphia’s horrible crime problem? When the lead story on Fox 29 is about a North Philadelphia gas station owner hiring guys with AR’s to secure his business. And what do you do when media outlets (including this one) are still asking why the hell there haven’t been any charges in the Great Philadelphia Wawa Melee of 2022, even though you have beaucoup video of the incident, but the D.A’s office will charge some rando dude with felony rioting after he climbed a street pole (the horror!) during the Phillies celebration on Broad Street?

Here’s an idea. And this is obviously just my thoroughly unscientific (though not exactly uneducated or uninformed) theory.

You announce that you’ve identified the Boy in the Box. (That’s the small boy found in a box by the side of the road way back in 1957).

And then when “next week” (meaning this week) comes along and reporters all over the city are clamoring to get the Boy in the Box scoop, you let them all sweat it out on Monday, waiting for the big announcement. But you leave them hanging. Monday comes and goes. Then on Tuesday, you send out another Boy in the Box press release. But do you identify him? No! You announce a press conference for Thursday at 11 a.m., when you will, finally, supposedly, announce just who the Boy in the Box was.

It’s like the folks at the Philadelphia Police Department have been watching too many Netflix trailers for the next great true crime documentary. This is a 65-year-old case. Just tell us who he was, already.

Can We Just Excommunicate Bill Cosby, Once and For All?

I know the legislators in Harrisburg are hard at work trying to get rid of Philadelphia District Attorney Larry Krasner. If only there were some way for them to exile Elkins Park resident Bill Cosby to somewhere really shitty like, say, Florida. And not the beachy part. The central part with all its mosquitoes and lack of shoreline or benefit of nearby water. Maybe Gainesville?

ICYMI: Five women have come forward to accuse Bill Cosby of sexual assault. And I shit you not: I was at a Delco Acme last night where two women in line were talking about the new allegations. One said to the other, “Why would they wait so long to come out with these stories?” “They’re just piling on,” said the other. I thought for a second of engaging these two 60-ish white suburban women about the case, since it’s something I’ve covered for many years and since research has clearly shown that many sexual assault survivors never publicly reveal their trauma or wait decades to do so (hello, Catholic Church). But then I realized this was probably like trying to convince a Herschel Walker fan in Georgia that maybe voting for this guy wouldn’t be such a great idea. (Yay, Georgia!)

Say Goodbye to Jim Gardner and Hello to Brian Taff

It’s official. Jim Gardner will anchor his last 6 ABC broadcast on December 21st. Taking over the early evening gig for Gardner: Brian Taff, who has been doing the noon and 4 p.m. broadcasts for some time. Station stalwart Rick Williams already took over Gardner’s 11 p.m. slot earlier this year and will continue in that role, according to a 6 ABC spokesperson.

About That Philadelphia Eagles Christmas Album

According to the “Completed Items” listing on eBay, somebody paid $1,695 for a sealed copy of A Philly Special Christmas. ’Twas signed by the three main Eagles players involved with the album.

Dear “cforcassyxd,” the user name of the eBay seller, remember what Eagles album vocal coach Eliza Hardy Jones said about resellers in our interview with her yesterday:

I hope that the people who resell them recognize the entire purpose was to raise money for the Children’s Crisis Treatment Center. So I hope these people have some Christmas cheer and donate at least some of their money to the CCTC. That would be my Christmas wish: that their Capitalist hearts are melted and they support kids on Christmas.

What she said. But seriously, cforcassyxd, whoever you are, if you do wind up doing something magical with the money you just raised, get in touch with me. And if you don’t, Scrooge you!

Apparently some people are upset that Philadelphia isn’t calling the tree at City Hall a Christmas tree but a holiday tree. I thought we ended this debate, like, 20 years ago.

What Could Possibly Go Wrong?

I don’t know about you, but I don’t have all that much faith in Septa. Consider how whack the Septa Key system (still) is. So when I heard that Septa wants to eliminate twelve suburban bus lines, replacing them with an “on-demand” system known as “microtransit,” I have to be just a little skeptical.

And from the Not-Much-Happening Sports Desk …

In the only action in the Big 5/City 6 last night, Temple bounced St. Joe’s:

There was big news from the Union, though. This should be fun!

Drexel Hill has been preparing for this moment in @Phillies history for a long time pic.twitter.com/A7FNhyUKvV

And look! Another big signing!

The @Phillies continue to add.

Well one Walker is a winner tonight. https://t.co/7D3OY2FPrK