You probably have his Hendrick’s gin in your home bar. Now, the irreverent marketing pro talks Brand Mysticism — and throws some shade at Wawa. 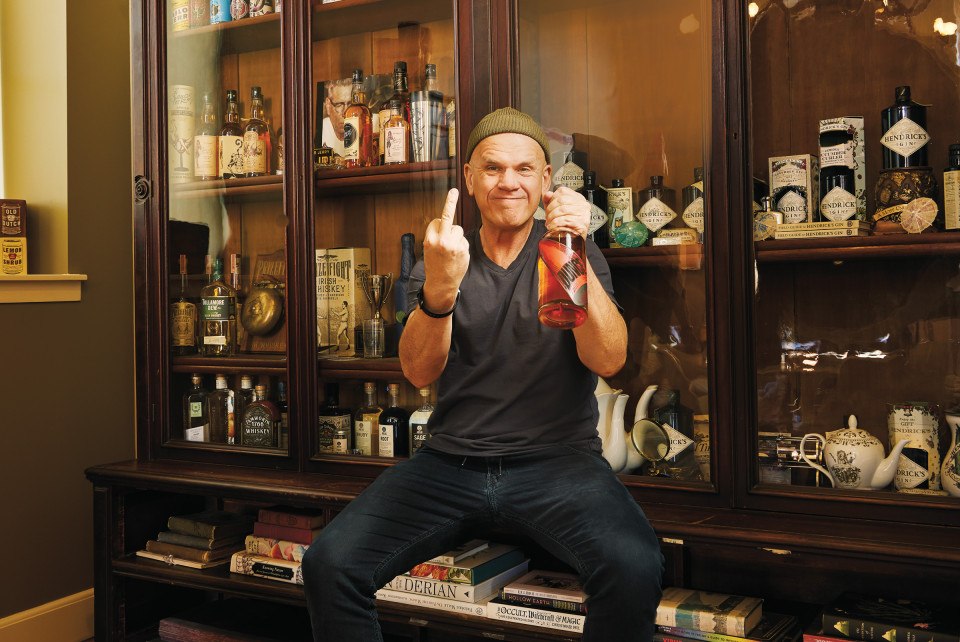 My full name is … Steven Alan Grasse. The more interesting name is my daughter’s: Kreider Chesterfield Grasse. I picked Chesterfield because it was the only name I could find that was a gun, a cigarette and a beer. Now that she’s 21, she likes it.

My friends call me … perplexing.

My enemies call me … an asshole.

I grew up in … Souderton. Back then, it was like The Waltons mixed with that show about Opie.

Before I was in the booze-marketing biz, I was in … high school, marketing my band called Hair Club for Men. My teacher saw how good I was at that and told me I needed to do it for a living. So I went to Syracuse University, and that was that.

The best advice anybody ever gave me was … when I was offered a job at a big ad agency in New York and somebody said, “Don’t take it. You’ll rot. Buy a ticket and go to the other side of the world.” And I did. I went to New Zealand, and it changed my life.

The worst advice anybody ever gave me was … to get married at 23. It was okay for 10 years. But now I’m older and happily remarried.

I live in … a beautiful circa-1760 townhouse — a double-wide — in Society Hill. This house is why we are staying in Philly, even though Philly is going to shit.

My best quality is that I am … persistent. Worst, too.

Some of my brands you might be familiar with include … Hendrick’s gin, Sailor Jerry rum and Narragansett beer. I also do branding for Tullamore D.E.W., Guinness. There’s a lot.

You cannot beat me at … Trivial Pursuit: Genus Edition.

My just-released book Brand Mysticism is an excellent gift for … an entrepreneur or anybody looking to lead a creative life.

The actor who should play me in the Steven Grasse biopic is … John Malkovich. I’m told I look like him.

I named my new whiskey Dunce because … it was originally a way of trolling other spirits businesses, but then I discovered the amazing true story of John Duns and his magical conical dunce cap. Look it up! I should also mention that Dunce became available on November 8th, Election Day. How apropos. A country of dunces. We had bumper stickers made up with Fetterman and Oz each wearing a dunce cap asking, “Which dunce did you vote for?”

The first concert I bought my own ticket to was … the Ramones at the Philadelphia Zoo, in 1983. It was the last time the Zoo ever allowed a big concert there. The animals didn’t like it much.

My standard Wawa order is … my newspapers when delivery doesn’t show up. Other than that, I am mad at Wawa. They bring trouble and vagrancy and don’t do anything about it. They just pull out. To them, I say, “Good riddance.”

One of my products that failed was … ugh, Spodee. “Wine with a Kick.” The bottle leaked. We could never figure out the closure. And the liquid was terrible. But it was my first wine product.

People who say the city is tough on small businesses … don’t know the half of it. It’s terrible.

If elected mayor, I would … immediately retire.

Published as “One of Us: Steven Grasse” in the December 2022 issue of Philadelphia magazine.