Philly Today: You’d Be Surprised How Many People Show Up at Airports With Loaded Guns

Local rapper Tierra Whack, who was arrested this week after she allegedly brought a loaded gun to the Philadelphia airport, is just one of many. 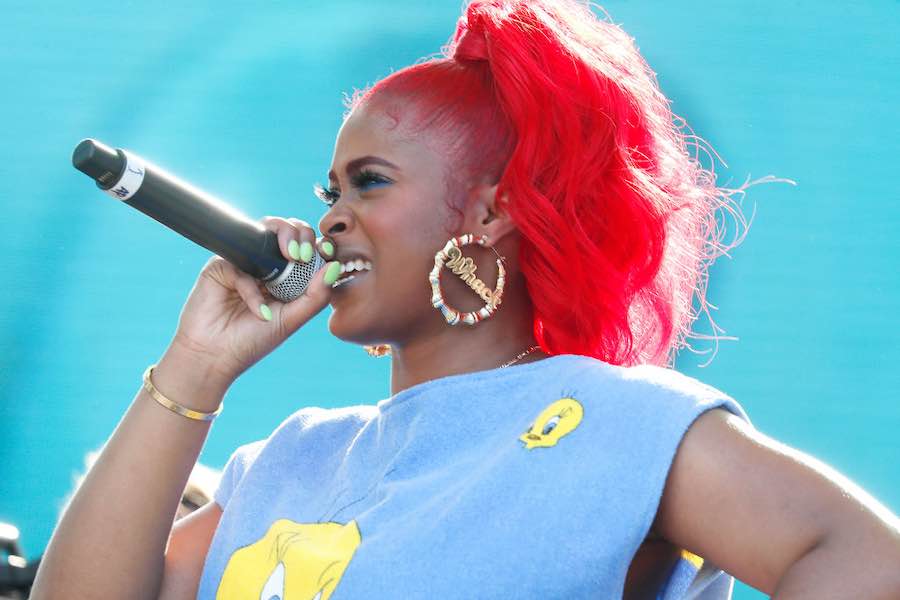 Philadelphia rapper Tierra Whack, who was arrested this week after allegedly showing up at a Philadelphia International Airport security checkpoint with a loaded gun. (Getty Images)

“Have you ever mistakenly carried a gun anywhere?” That was my colleague’s snarky response to news that Philly rapper Tierra Whack was arrested and charged with disorderly conduct after allegedly showing up at a Philadelphia International Airport TSA checkpoint with a loaded gun.

In point of fact, while I am licensed to carry a gun (as is Whack, according to reports), no, I have never mistakenly carried a gun anywhere. Though I realize my colleague’s question was probably rhetorical.

Anyway, back to Tierra Whack and the issue of guns at airports.

You can, actually, transport your gun on a plane. For instance, a Delco friend of mine recently traveled from Philadelphia to a place where grizzly bears are known to kill people. And so he brought a gun that would be at least capable of stunning a grizzly bear and maybe giving my friend a chance to get away. But he did what you’re supposed to do if you want to bring a gun on a plane: You check it in a proper container at the ticketing counter. If you’ve shown up at the TSA security line with a gun anywhere on your person or in your carry-on luggage, you’re doing it wrong.

And yet, this happens all the time.

According to the TSA, agents discover 17 guns each day at airports around the United States. Last year, travelers set a record, with a total of 5,972 guns intercepted by the TSA. And the TSA predicts that we could break that record this year. Yay us!

But surely the people who showed up at the checkpoint with guns at least unloaded them, right? I mean, who on earth would think they could waltz into an airport with a loaded gun in their carry-on bag? (Granted, some have said they didn’t realize the guns were in the bags, which, OK.) Well, during one week, TSA agents discovered 64 guns in carry-on bags. And how many of those guns were loaded? Fifty-five!

At Philadelphia International Airport specifically, the TSA caught 39 guns in 2021. And with more than a month and a half to go in 2022, we’re already at 38 guns, 28 of which were loaded, a TSA spokesperson tells me.

Listen, I understand that a lot of you reading this are anti-gun. But there is such a thing as responsible gun ownership. And, personally, I think showing up at the TSA checkpoint with a gun, particularly a loaded gun, proves you are not a responsible gun owner (sorry, Tierra Whack! But I still love your music!) and that you should lose the privilege. But that’s me. [Cue angry letters from NRA cardholders.]

Whack has yet to publicly comment on her arrest. A Whack spokesperson didn’t immediately respond to a request for comment.

Trump is indeed furious this morning, particularly about Mehmet Oz, and is blaming everyone who advised him to back Oz — including his wife, describing it as not her best decision, according to people close to him.

Did he give a nod to It’s Always Sunny in Philadelphia during his acceptance speech?

With Thanksgiving officially two weeks away, it’s great to hear that the bird flu is affecting turkey farms in Pennsylvania.

From the Department of Stupid Lists

We see lots and lots of stupid lists that rank Philadelphia this or that. But given that we have the only undefeated football team in the NFL, a baseball team that made it to Game 6 of the World Series, a soccer team that made it to the MLS Cup final … I could go on … I’m just gonna go right ahead and call bullshit on this new list that ranks Philadelphia as just the seventh best sports city.

And from the There’s-No-Sports-News Sports Desk …

There is no sports news. Wait, that’s not entirely true, if you expand your definition of “sports” to “things at which one wins or loses.” There is, for example, this trenchant Fox News explanation of why Mehmet Oz lost his election bid on Tuesday:

Or this declaration of triumph from the House Democratic Campaign Committee:

Pennsylvania has spoken. We can confidently say Democrats will control the State House next year! pic.twitter.com/9SnjQYmH9Q

Or this, from the Onion:

And while we’re on the topic of Fetterman, this is a very valid point:

Another upside of Fetterman's win – the pictures. https://t.co/1O2E2pbYBT

And then there’s the rare politics/sports crossover, from former Phillies fruitcake Lenny Dykstra, who apparently doesn’t realize that the race he’s referencing hasn’t been called.

I am sorry about your loss in the election, @laurenboebert. Who knows what funny business was going on!?Anyhow, I know this must be a difficult time, and just keep in mind that you have someone right here to talk to (or whatever other kind of needs you may have right now). DM me?

All right, all right. You want sports news? Here! There are no Union players whatsoever on the just-released U.S. Men’s National Team roster:

Oh, and the Inky put together a little game for you to play where you get to pretend to decide which players the Phils should keep and which they should trade, which is, like, as meaningful as a Republican vote in West Philly, but you do you, Inky.

The Phillies' offseason to-do list is quite lengthy. We want to hear from you as to which players should stay.

Make your pick for each player by swiping the cards — right for
Stay or left for Go. Yes, just like Tinder ➡ https://t.co/dL5A88Lgg9 pic.twitter.com/VN6QehKntq

The Sixers play the Hawks tonight at 7:30 in Atlanta. Something to live for!

And, yes, the Flyers also play.