Plus, bad behavior at PHL. And more of what the city is (or should be) talking about. 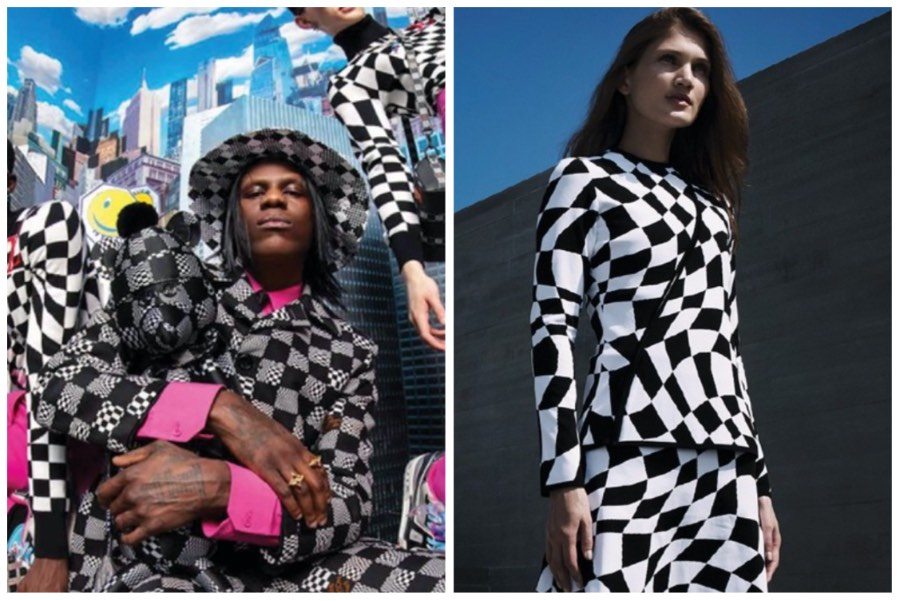 In one corner, we have Louis Vuitton a.k.a. LVMH, one of the world’s most famous and successful fashion and lifestyle conglomerates. The Louis Vuitton portfolio is vast and has included such brands as Christian Dior, Fendi, Stella McCartney, Tiffany & Co., Bulgari, Sephora, and luxury spirits companies Moet & Chandon and Hennessy.

In the other corner, we have Main Line fashion designer Paula Hian, who sells her clothing online as well as at the Paula Hian Boutique at the King of Prussia Mall. Hian isn’t exactly on the Who’s Who list of American fashion designers, but her clothes have made it into publications like Vogue Italia and onto TV shows like Gossip Girl. And Carrie Underwood, Brooke Shields, Natalie Morales, and our own Alex Holley and Karen Hepp have all been seen wearing Paula Hian on occasion.

On Monday, Hian filed a lawsuit against the New York-based arm of the French company, accusing Louis Vuitton of stealing some of her designs.

Starting in 2020, Hian began sending her original fabric and clothing designs to various email addresses at Louis Vuitton with the hopes of doing business with the industry giant. The suit includes emails from Hian and one of her associates to different contacts at Louis Vuitton, including the company’s director of development and acquisitions, as well as a thread that includes a response from one of those contacts, discussing a potential phone call. Alas, no deal was ever struck.

Then in early 2022, Hian was shocked to see what she claims are her own designs on Louis Vuitton garments. She names several specific Paula Hian Designs LTD.-owned fashions that she alleges Louis Vuitton ripped off. And she includes numerous comparative photos, such as the one above, to illustrate her point.

“The LVMH designs are substantially similar to Hian’s registered Plaque D’egout copyright design in material, motif, size of motif, coloration, fabrication, texture, stretch and weight as well as the shape/style/zipper placement design, all of which bears substantial similarity to Hian’s Chantal jacket,” reads the suit. “The similarity is so substantial that the LVMH photo/designs appear to be a continuation of the Hian collection, going so far as to use the same angles and perspective toward the sky as used in the Hian collection.”

The suit, which seeks unspecified damages, accuses Louis Vuitton of multiple instances of copyright infringement as well as other offenses. You can read the entire suit for yourself here.

Representatives of Louis Vuitton did not respond to a request for comment.

So the committee took to social media where they wrote of the drag show, “If you feel this is inappropriate as we do, please make your voice heard to borough council.” And that’s exactly what some people did.

Borough officials told 6ABC that the level of hatred and vitriol in the messages they received was so extreme that they felt it would be unsafe to allow West Chester OutFest to continue.

I don’t know about you, but I think you, me and every drag queen and ally we can find should head on over to West Chester real soon to have a few words with the local GOP’ers. Disgusting.

Bad Behavior at the Airport

Two Philadelphia residents and one Upper Darby man, all in their 20s, who worked for an unspecified airline have been indicted by the feds for allegedly masterminding a rather ingenious scheme where they used some computer trickery to upgrade flights for customers and pocketed the resulting cash. This is, apparently, frowned upon. We’re talking about more than 1,700 flight reservations and over $283,000. So not exactly chump change. Check out more of the government’s accusations here.

We here at Philly Mag are all pretty excited, because the second season of Abbott Elementary debuts tonight at 9 p.m. on ABC and various online portals. That’s just over a week after Quinta Brunson and Sheryl Lee Ralph took home Emmys for their work on the show. A source connected to Abbott Elementary tells me the oh-so-Philly show is about to turn up the notch on the Philly-ness. And I can’t wait to see exactly what that means.

Here’s the trailer for season two of Abbott Elementary:

And from the increasingly despairing Sports Desk…

The first thing you have to know is that Tuesday night is volleyball night, and nothing interferes with volleyball night. So when the Phils went down 5-0 to the Toronto Blue Jays in the — gulp — second inning last night, I headed off to volleyball, pretty sure I wouldn’t be missing anything much. I mean. The Phils had just dropped four straight. When volleyball wrapped up two hours later, the Phils were still down — 10-5. Five runs is usually enough to win a baseball game. But this team’s September performance has been a special kind of awful. Actually, strike that. Phillies fans have been watching epic September breakdowns since 1964.

By the time I got home and could sit down to watch, Toronto was up 13-5 and had long since knocked starter Kyle Gibson out of the game. Time to look for a Law & Order rerun, right? Nah, I’m a true Philly/Phillie masochist. I kept watching, even when it went to 14-5 in the eighth. That’s when shit got really interesting. The Phils eked out a flurry of singles and walks in their half of the inning, and Kyle Schwarber ripped a three-run homer. Phils down 14-10. Eternal hope!

In the top half of the ninth, alas, the Blue Jays made it 15-10 on an error and some base hits. Fifteen runs on 20 hits: Go, pitching staff! Then Jackie Bradley Jr. hit a three-run homer off Phils reliever Brad Hand: 18-10. “This is becoming a more forgetful night as it goes on,” Phils announcer Tom McCarthy declares.

Okay, okay, there’s no way the Phils can pull this rabbit out of the hat, right? Lacking options, they bring in catcher Garrett Stubbs to pitch with two outs — his fourth trip to the mound this year. He throws a couple high, looping pitches at a stunning 38 mph velocity. On the TV screen, a young blond woman behind the plate at Citizens Bank Park yells, “Put me in, Coach!” Hell, why not? But Stubbs comes through with a whizzing 83 mph fastball to strike out Danny Jansen. Stubbs nearly falls over laughing on his way off the mound.

In the bottom of the ninth, a solo homer by J.T. Realmuto brings it to 18-11. Jean Segura keeps hope (barely) alive by beating out a single with Stott on first. With men on first and second, Dalton Guthrie walks to load the bases and bring up Matt Vierling. You have to wonder what Stubbs is hoping for at this point. But Vierling pops up, and the game is over. Hey, even a homer by Vierling would only have brought the score to 18-15, still a steep hill to climb.

I swear, this team is gonna kill me. Toronto one more time tomorrow before the next Atlanta onslaught begins. —Sandy Hingston