Apparently, insulting a person's wife and kids isn't a great way to win friends and influence people — or keep a job. 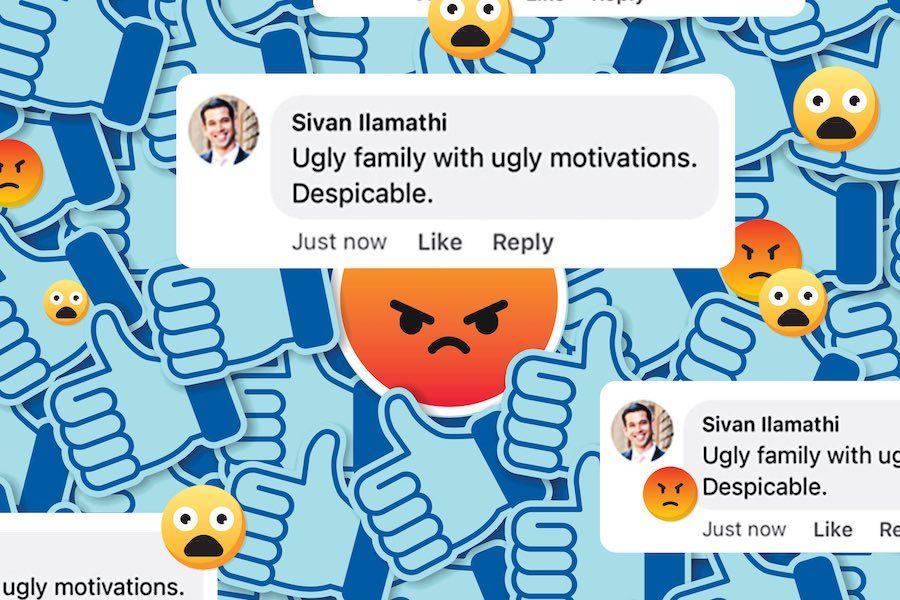 Ori Feibush has his fair share of haters, whether it’s City Councilperson Kenyatta Johnson or opponents of gentrification or just disgruntled tenants. Having haters comes with the territory when you’re a wealthy real estate developer, particularly one in a community like South Philadelphia, where neighbors aren’t afraid to speak their minds. Loudly. But one man has crossed a line it’s generally understood you’re not supposed to cross: He has gone after Feibush’s family.

It all went down in recent weeks on — where else? — Facebook. Real estate agent Sivan Ilamathi took to the social media platform to make derogatory remarks about Feibush in Facebook neighborhood groups and on Feibush’s own page, eventually turning his attention to Feibush’s children.

“Your kid has shit on his face,” Ilamathi wrote under a photo Feibush posted back on April 28th of him with his young daughter. That “shit,” Feibush would later explain, is a hemangioma, a benign growth.

On another photo from April, in which Feibush can be seen with both of his children on the occasion of his birthday, Ilamathi decided to weigh in with another remark about appearances. “2 boys? 2 girls? So hard to tell.”

But Ilamathi wasn’t done yet. He found a “happy birthday” post Feibush made for his wife, Elise LeMay, from March containing a variety of family photos. “Ugly family with ugly motivations,” Ilamathi commented. “Despicable.”

“Every human being knows not to cross that line,” Feibush tells Philly Mag.

Ilamathi made the remarks after an ethics committee hearing at the Greater Philadelphia Association of Realtors didn’t go his way. Ilamathi had filed an ethics complaint against Feibush over a phone call the two had regarding one of Ilamathi’s clients and a Feibush property. He accused Feibush of violating Article 3 of the National Association of Realtors Code of Ethics, which states that realtors “shall cooperate with other brokers except when cooperation is not in the client’s best interest.” But after hearing testimony from Ilamathi, the committee ruled that Feibush did not violate the code.

When reached for comment about the brouhaha, Ilamathi, who had been an agent with Keller Williams Philadelphia since at least 2018, didn’t deny posting the offensive messages.

“Ori is clearly playing an innocent and not mentioning all of the nasty things he said and did to me before my comments,” Ilamathi told us, declining to elaborate.

When asked about Ilamathi’s “nasty things” remark, Feibush pointed to the ethics committee decision and observed that Ilamathi was clearly incensed by it.

“I don’t know that I’ve personally ever even met this person,” Feibush adds.

In the end, things didn’t work out so well for Ilamathi. After the posts were brought to the attention of management at Keller Williams Philadelphia, a local office of one of the world’s largest real estate firms, the company cut ties with Ilamathi and apologized to Feibush for his behavior, according to emails reviewed by Philly Mag.

“In my entire professional life, I have never seen somebody act like this,” says Feibush. “And I hope I never do again.”